Zura Kakushadze is lead author of this peer reviewed paper published by the Free University of Tbilisi. It describes an information paradox that arises in a materialist’s description of the Universe—if we assume that the Universe is 100% quantum. The observation of the paradox stems from an interdisciplinary thought process whereby the Universe can be viewed as a “quantum computer”.

The presentation is intentionally nontechnical to make it accessible to a wide a readership. 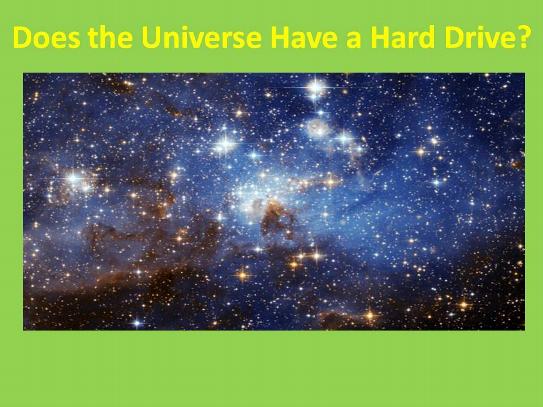 The May 2014 Scientific American article, “Super Symmetry, A Crisis in Physics”, got me thinking. If the proton mass is substantially greater that the sum of the masses of the quarks & gluons in the proton then there is an outrageous question regarding the Standard Model.

Before I attempt to answer that question we need to understand the concept of falsifiability.

The reason why I am qualified to ask this outrageous question is because I solved the physics of gravity modification, and falsifiability opens up more avenues for research, more questions and the finally the reasons for the outrageous question.

In this post I discuss the second of three concepts, that if implemented should speed up the rate of innovation and discovery so that we can achieve interstellar travel within a time frame of decades, not centuries. Okay, I must remind you that this will probably upset some physicists.

One of the findings of my 12-year study was that gravitational acceleration was independent of the internal structure of a particle, therefore, the elegantly simple formula, g=τc2, for gravitational acceleration. This raised the question, what is the internal structure of a particle? For ‘normal’ matter, the Standard Model suggests that protons and neutrons consist of quarks, or other mass based particles. Electrons and photons are thought to be elementary.

One could ask, what is the internal structure of a photon? The correct answer is that no one knows. Here is why. In electromagnetism, radio antenna’s specifically, the energy inside the hollow antenna is zero. However, in quantum theory, specifically the nanowire for light photons, the energy inside the nanowire increases towards the center of the nanowire. I’m not going to provide any references as I not criticizing any specific researcher. So which is it?

One could ask the question, at what wavelength does this energy distribution change, from zero (for radio waves) to an increase (for light photons)? Again, this is another example of the mathematics of physics providing correct answers while being inconsistent. So we don’t know.

To investigate further, I borrowed a proposal from two German physicists, I. V. Drozdov and A. A. Stahlhofen, (How long is a photon?) who had suggested that a photon was about half a wavelength long. I thought, why stop there? What if it was an infinitely thin slice? Wait. What was that? An infinitely thin slice! That would be consistent with Einstein’s Special Theory of Relativity! That means if the photon is indeed an infinitely thin pulse, why do we observe the wave function that is inconsistent with Special Theory of Relativity? That anything traveling at the velocity of light must have a thickness of zero, as dictated by the Lorentz-Fitzgerald transformations.

The only consistent answer I could come up with was that the wave function was the photon’s effect or the photon’s disturbance on spacetime, and not the photon itself.

Similarly, the wave function is not moving and therefore spreads across the spacetime where the photon is. Now both are consistent with Einstein’s Special Theory of Relativity. Then why is the Standard Model successful? It is so because just as the bulge is unique to the shape of the garden rake, so are the photon’s and other particles’ wave function disturbances of spacetime are unique to the properties of the photon & respective particles.

In my book, this proposed consistency with Special Theory of Relativity points to the existence of subspace, and a means to achieve interstellar travel.

To achieve interstellar travel, the Kline Directive instructs us to be bold, to explore what others have not, to seek what others will not, to change what others dare not. To extend the boundaries of our knowledge, to advocate new methods, techniques and research, to sponsor change not status quo, on 5 fronts, Legal Standing, Safety Awareness, Economic Viability, Theoretical-Empirical Relationship, & Technological Feasibility.

In this post I have updated the Interstellar Challenge Matrix (ICM) to guide us through the issues so that we can arrive at interstellar travel sooner, rather than later:

It is quite obvious that the major impediments to interstellar travel are the Millennium Theories. Let us review. Richard Feynman (Nobel Prize 1965) & Sheldon Lee Glashow (Nobel Prize 1979) have criticized string theory for not providing novel experimental predictions at accessible energy scales, but other theoretical physicists (Stephen Hawking, Edward Witten, Juan Maldacena and Leonard Susskind) believe that string theory is a step towards the correct fundamental description of nature. The Wikipedia article String Theory gives a good overview, and notes other critics and criticisms of string theories. In What is String Theory? Alberto Güijosa explains why string theories have come to dominate theoretical physics. It is about forces, and especially about unifying gravity with the other three forces.

Note, strings expand when their energy increases but the experimental evidence aka Lorentz-Fitzgerald transformations tell us that everything contracts with velocity i.e. as energy is increased.

In my opinion, the heady rush to a theory of everything is misguided, because there is at least one question that physics has not answered that is more fundamental than strings and particles. What is probability and how is it implemented in Nature?

We can ask more fundamental questions. Is this probability really a Gaussian function? Experimental data suggests otherwise, a Var-Gamma distribution. Why is the force experienced by an electron moving in a magnetic field, orthogonal to both the electron velocity and the magnetic field? Contemporary electromagnetism just says it is vector cross product, i.e. it is just that way. The cross product is a variation of saying it has to be a Left Hand Rule or a Right Hand Rule. But why?

Is mass really the source of a gravitational field? Could it not be due to quark interaction? Can we device experiments that can distinguish between the two? Why do photons exhibit both wave and particle behavior? What is momentum, and why is it conserved? Why is mass and energy equivalent?

Can theoretical physicists construct theories without using the laws of conservation of mass-energy and momentum? That would be a real test for a theory of everything!

In my research into gravity modification I found that the massless formula for gravitational acceleration, g=τc2, works for gravity, electromagnetism and mechanical forces. Yes, a unification of gravity and electromagnetism. And this formula has been tested and verified with experimental data. Further that a force field is a Non Inertia (Ni) field, and is present where ever there is a spatial gradient in time dilations or velocities. This is very different from the Standard Model which requires that forces are transmitted by the exchange of virtual particles.

So if there is an alternative model that has united gravity and electromagnetism, what does that say for both string theories and the Standard Model? I raise these questions because they are opportunities to kick start research in a different direction. I answered two of these questions in my book. In the spirit of the Kline Directive can we use these questions to explore what others have not, to seek what others will not, to change what others dare not?

That is why I’m confident that we will have real working gravity modification technologies by 2020.

In concluding this section we need to figure out funding rules to ensure that Engineering Feasible and 100-Year Theories get first priority. That is the only way we are going to be able to refocus our physics community to achieve interstellar travel sooner rather than later.