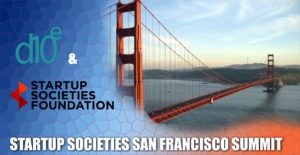 Lifeboat Foundation readers are aware that the world has become progressively more chaotic. Part of the danger comes from centralized points of failure. While large institutions can bear great stress, they also cause more harm when they fail. Because there are so few pillars, if one collapses, the whole system is destroyed.

For instance, prior to the federal reserve system, bank runs we extremely common. However, since the financial system consisted of small, competing institutions, failure was confined to deficient banks. So while failure was frequent, it was less impactful and systemic. In contrast, after the establishment of the federal reserve, banks became fewer and larger. Failures, while more infrequent, were large scale catastrophes when they occurred. They affected the whole economy and had longer impact.

This is even more important in political systems, which are the foundation of how a society operates. In order to have a more robust, antifragile social order, systems must be decentralized. Rather than a monopolistic, static political order, there must be a series of decentralized experiments. While failures are inevitable, it can be localized to these small experiments rather than the whole structure.

The Startup Societies Foundation is partnering with D10e to host our biggest conference yet. The Startup Societies Summit is a trade show that unites 300–500 engineers, policy experts, technologists, urban planners, economists, entrepreneurs, and investors interested in building new societies. Attendees with startups related to new societies can engage with investors to push their ideas to fruition. By networking together and sharing valuable information, our guests will be at the forefront starting new societies. The Summit will take place in City College San Francisco on August 11th-12th. If you are interested in buying tickets or becoming a sponsor, here is a link to our crowdfunding campaign.

Like a startup, a startup society begins small and scales when it produces a better service through technology. 65% of the earth’s population will live in cities by 2040. This presents an unprecedented opportunity for entrepreneurs. They can become innovators of the greatest wealth creation tool: cities. Join us and gain an edge in the growing, exciting field of innovative governance. 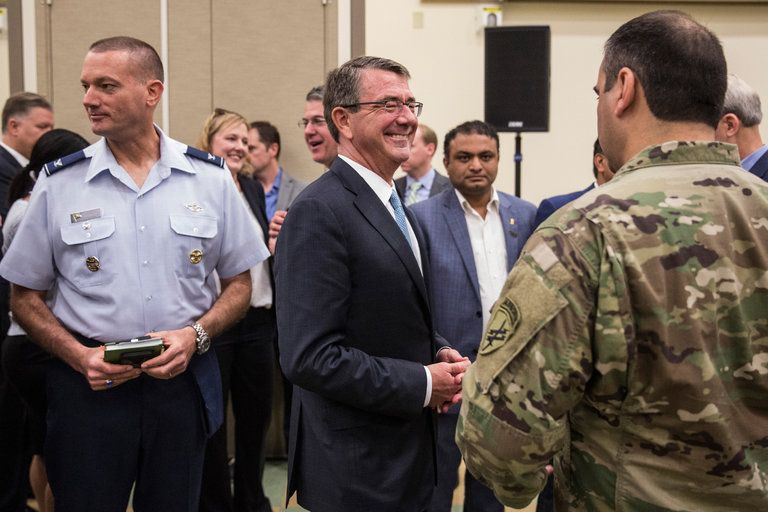 “In its quest to maintain a United States military advantage, the Pentagon is aggressively turning to Silicon Valley’s hottest technology — artificial intelligence.”

At least in public relations terms, transhumanism is a house divided against itself. On the one hand, there are the ingenious efforts of Zoltan Istvan – in the guise of an ongoing US presidential bid — to promote an upbeat image of the movement by focusing on human life extension and other tech-based forms of empowerment that might appeal to ordinary voters. On the other hand, there is transhumanism’s image in the ‘serious’ mainstream media, which is currently dominated by Nick Bostrom’s warnings of a superintelligence-based apocalypse. The smart machines will eat not only our jobs but eat us as well, if we don’t introduce enough security measures.

Of course, as a founder of contemporary transhumanism, Bostrom does not wish to stop artificial intelligence research, and he ultimately believes that we can prevent worst case scenarios if we act now. Thus, we see a growing trade in the management of ‘existential risks’, which focusses on how we might prevent if not predict any such tech-based species-annihilating prospects. Nevertheless, this turn of events has made some observers reasonably wonder whether indeed it might not be better simply to put a halt to artificial intelligence research altogether. As a result, the precautionary principle, previously invoked in the context of environmental and health policy, has been given a new lease on life as generalized world-view.

The idea of ‘existential risk’ capitalizes on the prospect of a very unlikely event that, were it to pass, would be extremely catastrophic for the human condition. Thus, the high value of the outcome psychologically counterbalances its low probability. It’s a bit like Pascal’s wager, whereby the potentially negative consequences of you not believing in God – to wit, eternal damnation — rationally compels you to believe in God, despite your instinctive doubts about the deity’s existence.

However, this line of reasoning underestimates both the weakness and the strength of human intelligence. On the one hand, we’re not so powerful as to create a ‘weapon of mass destruction’, however defined, that could annihilate all of humanity; on the other, we’re not so weak as to be unable to recover from whatever errors of design or judgement that might be committed in the normal advance of science and technology in the human life-world. I make this point not to counsel complacency but to question whether ‘existential risk’ is really the high concept that it is cracked up to be. I don’t believe it is.

In fact, we would do better to revisit the signature Cold War way of thinking about these matters, which the RAND Corporation strategist Herman Kahn dubbed ‘thinking the unthinkable’. What he had in mind was the aftermath of a thermonuclear war in which, say, 25–50% of the world’s population is wiped out over a relatively short period of time. How do we rebuild humanity under those circumstances? This is not so different from ‘the worst case scenarios’ proposed nowadays, even under conditions of severe global warming. Kahn’s point was that we need now to come up with the relevant new technologies that would be necessary the day after Doomsday. Moreover, such a strategy was likely to be politically more tractable than trying actively to prevent Doomsday, say, through unilateral nuclear disarmament.

And indeed, we did largely follow Kahn’s advice. And precisely because Doomsday never happened, we ended up in peacetime with the riches that we have come to associate with Silicon Valley, a major beneficiary of the US federal largesse during the Cold War. The internet was developed as a distributed communication network in case the more centralized telephone system were taken down during a nuclear attack. This sort of ‘ahead of the curve’ thinking is characteristic of military-based innovation generally. Warfare focuses minds on what’s dispensable and what’s necessary to preserve – and indeed, how to enhance that which is necessary to preserve. It is truly a context in which we can say that ‘necessity is the mother of invention’. Once again, and most importantly, we win even – and especially – if Doomsday never happens.

An interesting economic precedent for this general line of thought, which I have associated with transhumanism’s ‘proactionary principle’, is what the mid-twentieth century Harvard economic historian Alexander Gerschenkron called ‘the relative advantage of backwardness’. The basic idea is that each successive nation can industrialise more quickly by learning from its predecessors without having to follow in their footsteps. The ‘learning’ amounts to innovating more efficient means of achieving and often surpassing the predecessors’ level of development. The post-catastrophic humanity would be in a similar position to benefit from this sense of ‘backwardness’ on a global scale vis-à-vis the pre-catastrophic humanity.

Doomsday scenarios invariably invite discussions of our species’ ‘resilience’ and ‘adaptability’, but these terms are far from clear. I prefer to start with a distinction drawn in cognitive archaeology between ‘reliable’ and ‘maintainable’ artefacts. Reliable artefacts tend to be ‘overdesigned’, which is to say, they can handle all the anticipated forms of stress, but most of those never happen. Maintainable artefacts tend to be ‘underdesigned’, which means that they make it easy for the user to make replacements when disasters strike, which are assumed to be unpredictable.

In a sense, ‘resilience’ and ‘adaptability’ could be identified with either position, but the Cold War’s proactionary approach to Doomsday suggests that the latter would be preferable. In other words, we want a society that is not so dependent on the likely scenarios – including the likely negative ones — that we couldn’t cope in case a very unlikely, very negative scenario comes to pass. Recalling US Defence Secretary Donald Rumsfeld’s game-theoretic formulation, we need to address the ‘unknown unknowns’, not merely the ‘known unknowns’. Good candidates for the relevant ‘unknown unknowns’ are the interaction effects of relatively independent research and societal trends, which while benign in themselves may produce malign consequences — call them ‘emergent’, if you wish.

It is now time for social scientists to present both expert and lay subjects with such emergent scenarios and ask them to pinpoint their ‘negativity’: What would be potentially lost in the various scenarios which would be vital to sustain the ‘human condition’, however defined? The answers would provide the basis for future innovation policy – namely, to recover if not strengthen these vital features in a new guise. Even if the resulting innovations prove unnecessary in the sense that the Doomsday scenarios don’t come to pass, nevertheless they will make our normal lives better – as has been the long-term effect of the Cold War.