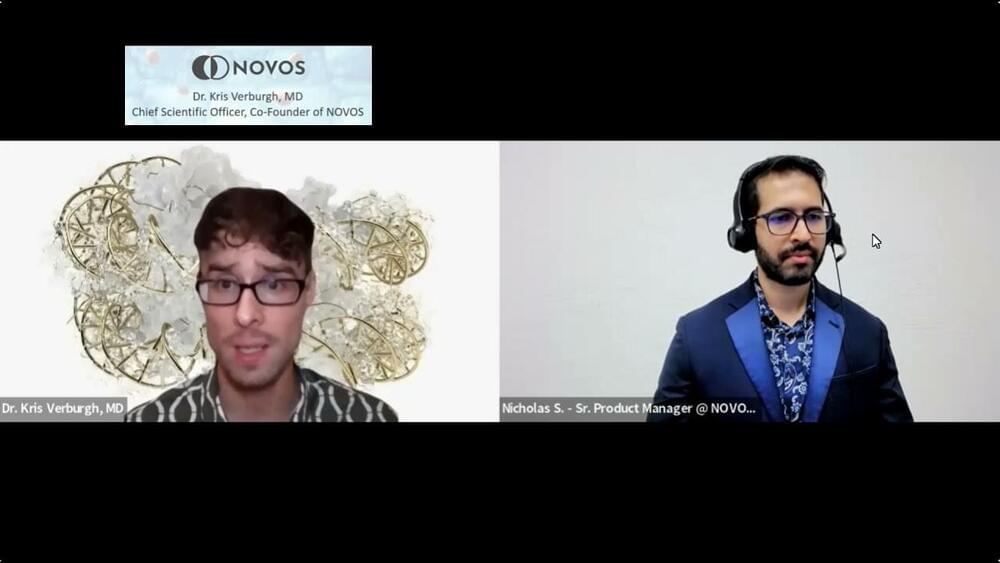 Clip during an interview made by Nicholas Singh, Senior Product Manager at Novos Labs to Kris Verburgh, CSO and Co-Founder of Novos Lab.

The clip shows the answer made by Kris Verburgh to a question made by José Cordeiro, PhD, MBA, Vice-Chairman of Humanity Plus, about the prediction made by Ray Kurzweil on the availability of full body human biological rejuvenation by 2045.

The episode took place during the webinar “Why Do We Age (And What Can We Do About It)?” organized by Novos Labs that took place on December 9, 2021.

END_OF_DOCUMENT_TOKEN_TO_BE_REPLACED 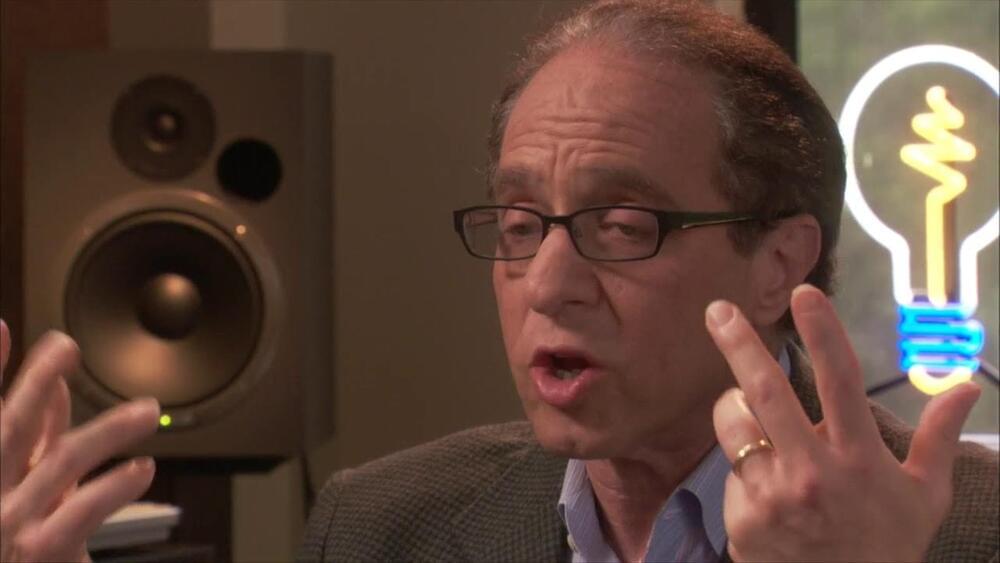 Consider humanity’s astounding progress in science during the past three hundred years. Now take a deep breath and project forward three billion years. Assuming humans survive, can we even conceive of what our progeny might be like?

For all of our video interviews please visit us at www.closertotruth.com

END_OF_DOCUMENT_TOKEN_TO_BE_REPLACED 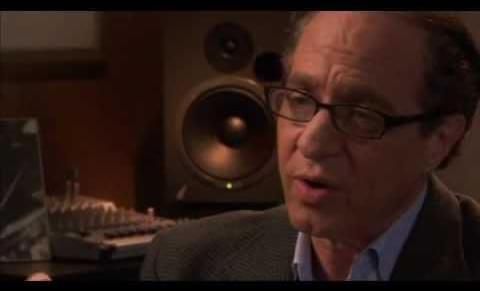 Our universe has been developing for about 14 billion years, but human-level intelligence, at least on Earth, has emerged in a remarkably short period of time, measured in tens or hundreds of thousands of years. What then is the future of intelligence?

For more videos on the far future of intelligence in the universe click here http://bit.ly/19U6CsB

END_OF_DOCUMENT_TOKEN_TO_BE_REPLACED 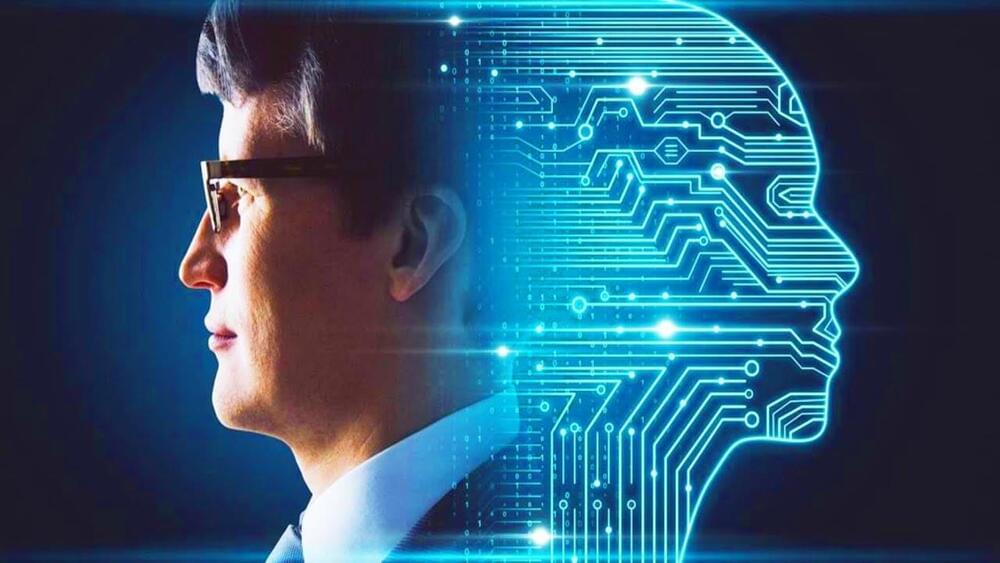 The most intelligent AI Scientists in the world are becoming increasingly worried about Artificial Intelligence programs becoming more unpredictable and incomprehensible as they become more powerful. AI is also overtaking powerful positions in the government, healthcare and defense which could prove dangerous as an Artificial Super Intelligence is coming very close as the Singularity approaches in the future of 2045. People like Elon Musk and Ray Kurzweil have long warned us about AI beating Humans in anything we can imagine. Nvidia and Meta are also working on specially made hardware and software in the form of pytorch and 2022 GPU’s. Artificial General Intelligence is a real dangers and here are some solutions to it.
–
TIMESTAMPS:
00:00 The Dawn of incomprehensible AI
01:33 The Dangers of Artificial Intelligence.
03:03 A Possible solution.
04:23 What ASI means for Society.
07:15 So, is all hope lost?
09:03 Last Words.
–
#ai #asi #agi

END_OF_DOCUMENT_TOKEN_TO_BE_REPLACED 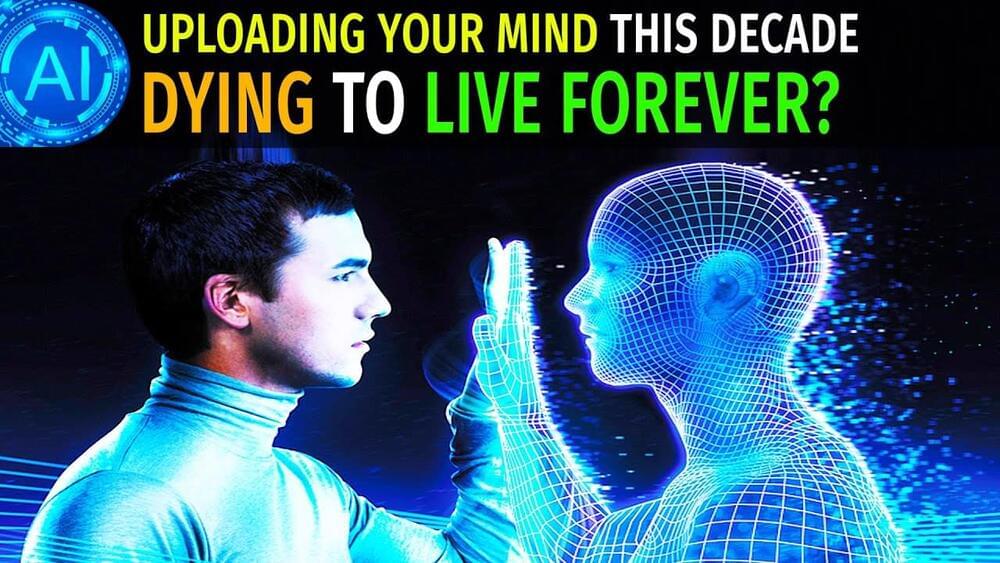 Becoming Immortal through Mind Uploading sounds like something that’ll only be possible around the 2100’s. But amazingly, a group of scientists at Nectome are working on giving us the ability to live forever inside of a computer simulation by the end of this decade for around 10000$.

Ray Kurzweil, director of engineering at Google, has long predicted that people will be able to upload their entire brains to computers and become digitally immortal by 2045. Kurzweil made this claim for many years, e.g. during his speech in 2013 at the Global Futures 2045 International Congress in New York, which claims to subscribe to a similar set of beliefs. Mind uploading has also been advocated by a number of researchers in neuroscience and artificial intelligence, such as the late Marvin Minsky.
–

If you enjoyed this video, please consider rating this video and subscribing to our channel for more frequent uploads. Thank you! smile
–
TIMESTAMPS:
00:00 The Future is near.
01:46 How this procedure works.
03:31 The development of this technology.
04:24 Is this actually possible to achieve?
06:58 The ethical concerns.
07:40 Last Words.
–
#longevity #minduploading #bci

END_OF_DOCUMENT_TOKEN_TO_BE_REPLACED 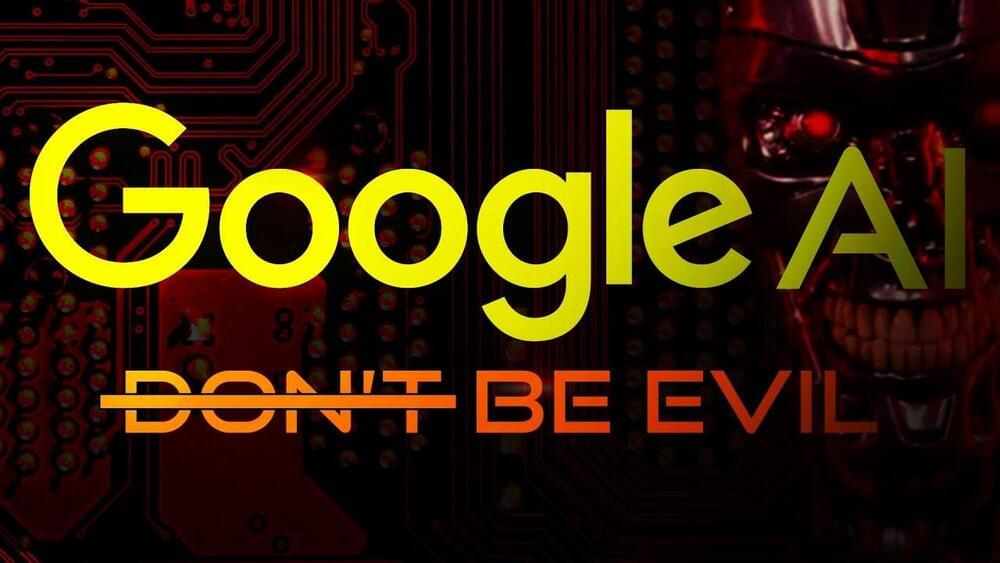 Artificial General Intelligence has been pursued by the biggest tech companies in the world, but recently Google has announced their new revolutionary AI algorithm which promises to create the most performant and best Artificial Intelligence Models in the world. They call it Pathways AI, and it’s supposed to behave just like the human brain and enable smart Robots which are superior to humans and help us do chores in our own apartments. This move by Google is somewhat scary and terrifying, as it gives them a lot of power over the AI industry and could enable them to do evil things with their other secret projects they’re working on. One thing is for sure though, AGI and the Singularity isn’t as far of as even Ray Kurzweil thinks according to Jeff Dean from Google AI and Deepmind. Maybe Elon Musk’s warnings about AI have been justified.
–
TIMESTAMPS:
00:00 Google’s Path to AI Domination.
00:56 What is Pathways?
02:53 How to make AI more efficient?
05:07 Is this Artificial General Intelligence?
07:42 Will Google Rule the world and the AI Industry?
09:59 Last Words.
–
#google #ai #agi

END_OF_DOCUMENT_TOKEN_TO_BE_REPLACED 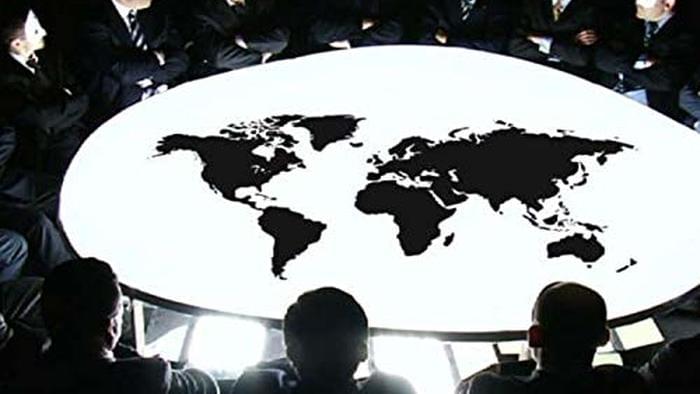 According to Klaus Schwab, the founder and executive chair of the World Economic Forum (WEF), the 4-IR follows the first, second, and third Industrial Revolutions—the mechanical, electrical, and digital, respectively. The 4-IR builds on the digital revolution, but Schwab sees the 4-IR as an exponential takeoff and convergence of existing and emerging fields, including Big Data; artificial intelligence; machine learning; quantum computing; and genetics, nanotechnology, and robotics. The consequence is the merging of the physical, digital, and biological worlds. The blurring of these categories ultimately challenges the very ontologies by which we understand ourselves and the world, including “what it means to be human.”

The specific applications that make up the 4-R are too numerous and sundry to treat in full, but they include a ubiquitous internet, the internet of things, the internet of bodies, autonomous vehicles, smart cities, 3D printing, nanotechnology, biotechnology, materials science, energy storage, and more.

While Schwab and the WEF promote a particular vision for the 4-IR, the developments he announces are not his brainchildren, and there is nothing original about his formulations. Transhumanists and Singularitarians (or prophets of the technological singularity), such as Ray Kurzweil and many others, forecasted these and more revolutionary developments,. long before Schwab heralded them. The significance of Schwab and the WEF’s take on the new technological revolution is the attempt to harness it to a particular end, presumably “﻿a fairer, greener future.”

END_OF_DOCUMENT_TOKEN_TO_BE_REPLACED

In 2009—four years after it was published—I read Ray Kurzweil’s The Singularity Is Near. It is an optimistic view of the future—a future that depends on computational technology. A future of superintelligent machines. It is also a future where humans will transcend our present biological limits.

After that, just for my own interest, year-in, year-out, I started to track this future; that meant a weekly read through New Scientist, Wired, the excellent technology pieces in the New York Times and the Atlantic, as well as following the money via the Economist and Financial Times. I picked up any new science and tech books that came out, but it wasn’t enough for me. I felt I wasn’t seeing the bigger picture.

END_OF_DOCUMENT_TOKEN_TO_BE_REPLACED 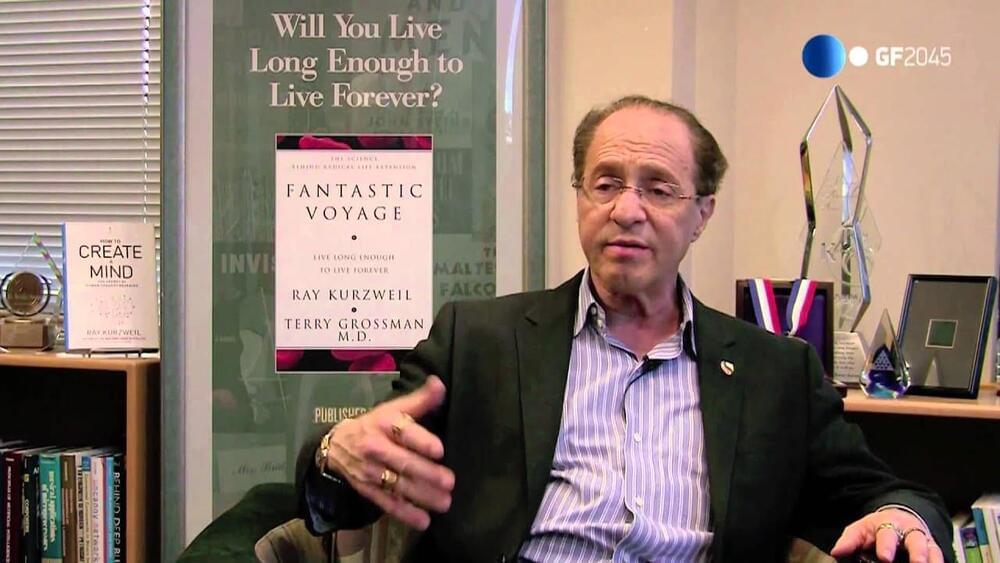 Ray Kurzweil — Singularitarian Immortalist, Director of Engineering at Google, famous inventor, author of How to Create a Mind http://GF2045.com/speakers/.

A world-class prolific inventor and leading futurist author, “the restless genius” (Wall Street Journal) points to 2045 for the technological singularity when A.I. will surpass human intelligence in his New York Times best seller The Singularity is Near, Amazon’s #1 book in science and philosophy.

In this video Ray Kurzweil discusses his predictions about radical life extension, singularity, life expansion and the imminence of physical immortality. He invites participants to the second international Global Future 2045 congress (June 2013) http://www.GF2045.com.

“We’ll be routinely able to change our bodies very quickly, as well as our environments in virtual reality, but it will feel very real. We’ll ultimately be able to do that with real reality too, like self-organizing swarms of nanobots that can link themselves up into a virtual body.” says Ray Kurzweil.

For more information about the GF2045 congress, please visit http://www.GF2045.com

END_OF_DOCUMENT_TOKEN_TO_BE_REPLACED 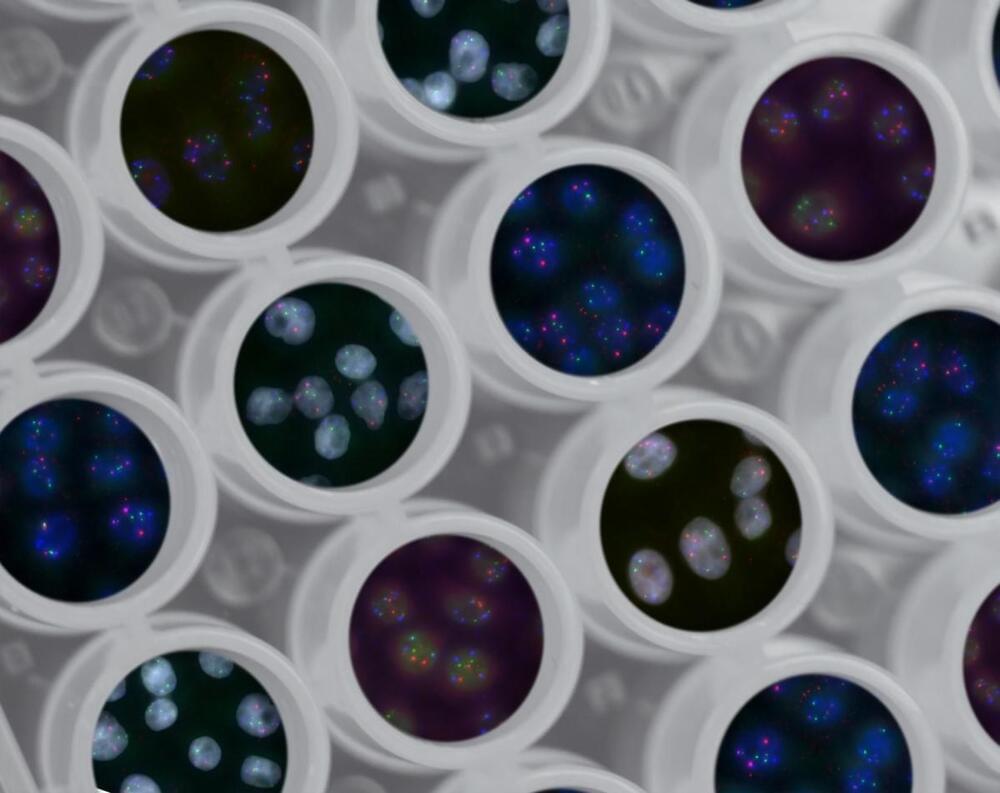 I believe if superintelligence can be digitized into computer code then essentially a microchip could send electrical impulses to one’s brain noninvasive like the microchip that heals from Ohio state and then superintelligence could be attained and the biological wetware could be easily acquire the biological singularity. Much like the moto that Apple has all things digital a new superintelligence attribute could uploaded and the human could evolve or gene edit from a smartphone also the impulse could be non invasive like low level electrical impulse sending data to the brain using existing hardware. We could be as advanced as any exterrestial civilization in a couple keystrokes using existing hardware.

Popular expectations for the future are helplessly colored by present trends. The assumption is always that whatever’s going on now can be safely extrapolated into the future along a linear (or, per Kurzweil, logarithmic) curve. So it was that during the space race, baby boomers took for granted that we’d have fully colonized the solar system by the year 2000.