In Unexpected Futurist, we profile the lesser known futurist side of influential individuals. This episode’s unexpected time-traveler: Benjamin Franklin. Ben Franklin was an inventor, observer, electricity pioneer, and serial experimenter, so it’s not entirely surprising he looked to the future. But it turns out he was looking to the far, far future. In 1780 he wrote a letter to a friend in which he lamented that he was born during the dawn of science.

Analysis of millions of studies and patents found that the most influential science draws a clear line to the work of previous generations of scientists, a pattern that was ‘nearly universal in all branches of science and technology.’” 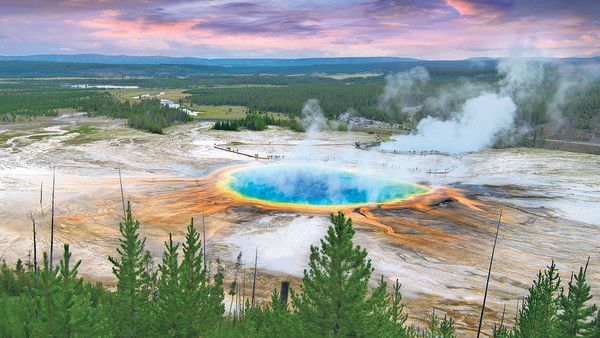 One of the most symbolic and substantively important examples of environmental conflict is over Yellowstone National Park. Yellowstone is the first national park in the world, and perhaps the most important natural treasure in the US. More recently it has become a site for bitter and long-lasting environmental conflict. And it has made me wonder how the scientific arguments around the issues sit with the emotional reactions inspired by the landscape and history.

The Lifeboat community doesn’t need me to tell them that a growing number of scientists are dedicating their time and energy into research that could radically alter the human aging trajectory. As a result we could be on the verge of the end of aging. But from an anthropological and evolutionary perspective, humans have always had the desire to end aging. Most human culture groups on the planet did this by inventing some belief structure incorporating eternal consciousness. In my mind this is a logical consequence of A) realizing you are going to die and B) not knowing how to prevent that tragedy. So from that perspective, I wanted to create a video that contextualized the modern scientific belief in radical life extension with the religious/mythological beliefs of our ancestors.

And if you loved the video, please consider subscribing to The Advanced Apes on YouTube! I’ll be releasing a new video bi-weekly!

On January 28 2011, three days into the fierce protests that would eventually oust the Egyptian president Hosni Mubarak, a Twitter user called Farrah posted a link to a picture that supposedly showed an armed man as he ran on a “rooftop during clashes between police and protesters in Suez”. I say supposedly, because both the tweet and the picture it linked to no longer exist. Instead they have been replaced with error messages that claim the message – and its contents – “doesn’t exist”.

Few things are more explicitly ephemeral than a Tweet. Yet it’s precisely this kind of ephemeral communication – a comment, a status update, sharing or disseminating a piece of media – that lies at the heart of much of modern history as it unfolds. It’s also a vital contemporary historical record that, unless we’re careful, we risk losing almost before we’ve been able to gauge its importance.

It then analysed the resources being linked to by these tweets, and whether these resources were still accessible, had been preserved in a digital archive, or had ceased to exist. The findings were striking: one year after an event, on average, about 11% of the online content referenced by social media had been lost and just 20% archived. What’s equally striking, moreover, is the steady continuation of this trend over time. After two and a half years, 27% had been lost and 41% archived.

Continue reading “The decaying web and our disappearing history”