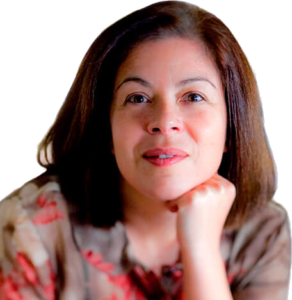 Maria Bustillos is founder of the blockchain supported publication, Popula. I stole the title of this post from her essay at Medium.com (linked below).* I hope that Maria considers it a tribute rather than title-plagiarism. Her article is blocked by a pay wall, so allow me to explain a concept that confounds even a Nobel Prize winning economist. My take on the issue is somewhat different than Ms. Bustillos.

The illusion that “real” value emanates from government coupled with a robust consumer economy has been woven into our DNA for millennia. But, the value we attribute to a Dollar, Euro, or Yuan is a result of conditioning rather than any intrinsic value. That same conditioning has led us to believe that there is something sane and inherent in a nation that controls its money supply and its monetary policy.

Most public works projects—power generation, space ships, or the telephone network—were controlled by government in the past. If not, they were regulated as a licensed monopoly. This creates a choke point, a lack of competition, and a gaping opportunity for inefficiency, mismanagement or graft. It defies a free market economy and it concentrates power in the hands of politicians. But, at one time, it seemed necessary.

You might assume that government controlled these industries because they relate to areas of critical infrastructure and public welfare. That’s part of it, but it’s not the real reason. In each sector, a distributed or free market solution was prevented due to technology limitations or issues of scaling and geography.

Government issued money exists because in the past, we had no mechanism to arrive at a consensus on the value of something that is portable, fungible, secure, anti-forgeable and easily transmitted. Not even Gold fits the bill (pun intended). Prior to 2009, the only thing that met the criteria for money in a modern society was government issued fiat. At least someone, somewhere said that this is money and that this is what we must use to pay our taxes.

Today, there is no more reason for a government to control its money supply than there is for it to control communication networks, space travel or package delivery services. Today, a free and competitive marketplace benefits all of these industries and even government itself. And here’s the kicker: No harm will come to a government that uses a completely trusted, transparent and decentralized currency, rather than firing up a printing press whenever a group of transient politicians spends beyond their means.

The economic order facilitated by the blockchain is not as radical as it seems. Aristotle sought to solve the double-spend problem and lamented the lack of an accounting tool that we can now address via the clever combination of encryption and a communications network that is both instant and ubiquitous. 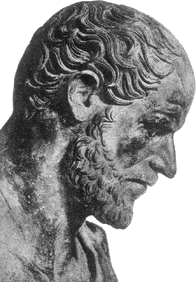 I am not smarter than your average bear, nor am I clairvoyant. But once in a while, I recognize a truth before the masses—and before its time. It’s time to clearly and succinctly illuminate business, banks, consumers, creditors and government:

1. The value we attribute to the dollar is an illusion

2. Bitcoin is not just fair and cost effective. It is tangible and durable. It is good for consumers and good for governments.

Bitcoin ushers in an era of accountability and more fairness. It does not facilitate crime, nor interfere with a government’s ability to tax, spend or enforce tax collection.

Bitcoin is a cryptocurrency with a firmly capped supply. Will it lead to deflation? Could governments lose control over their own monetary policy? Yes to both questions…

But, these are each good things. Capping the money supply and decoupling a nation from monetary policy not only eliminates inflation—it increases access to capital, retires debt more quickly, reassures creditors, imposes transparency and honesty—And it accelerates economic growth, rather than retarding commerce.

Dispelling three millennia of conditioning can be confusing and unsettling. I hate understanding something before my peers. Let’s please get ahead of the curve on this one. I want to enjoy the benefits of using real money in my lifetime.

* I wrote the first article more than 7 years ago. It is a simple explanation of a geeky, new economic mechanism. Bitcoin had not yet entered mainstream media nor gained attention of Wall Street investors. But consider the similarity to Maria’s tutorial in the 2nd article. Perhaps Maria and I think alike!

Philip Raymond co-chairs CRYPSA, hosts the New York Bitcoin Event and is keynote speaker at Cryptocurrency Conferences. He advises The Disruption Experience in Singapore, sits on the New Money Systems board of Lifeboat Foundation and is a top Bitcoin writer at Quora. Book a presentation or consulting engagement.