One can expect to take away,

To cover costs, the minimum class size is 5, and registered participants will be notified as soon as we reach this minimum.

The crisis in super symmetry physics is causing physicist to search for a new physics. Could this new physics be non-particle based? A physics closer to General Relativity than to either Quantum or String theories?

The video blog shows 2 of the 400 experiments I conducted between September 1999 and at least April 2001, maybe later. I used various weight measuring scales, battery packs and power supplies. These experiments convinced me that something was a miss with contemporary physics, thus leading to my 12-year study into gravity modification.

This study has been published under the title “An Introduction to Gravity Modification, 2nd Edition”. It documents the new massless formula g=(tau)c^2, for gravitational, mechanical & electromagnetic accelerations; the discovery of Non Inertia (Ni) Fields and non-Gaussian photon probability, and the subsequent unification of photon shielding, transmission/cloaking, invisibility and resolution into a single phenomenon.

The Rocky Mountain chapter of the American Institute of Astronautics & Aeronautics (AIAA) will be having their 2nd Annual Technical Symposium, October 25 2013. The call for papers ends May 31 2013. I would recommend submitting your papers. This conference gives you the opportunity to put your work together in a cohesive manner, get feedback and keep your copyrights, before you write your final papers for journals you will submitting to. A great way to polish your papers.

Here is the link to the call for papers: http://www.iseti.us/pdf/RMAIAA_Call_For_Abstracts_2013-0507.pdf

Here is the link to the conference: http://www.iseti.us/pdf/RMAIAA_General_Advert_2013-0507.pdf

I’ll be presenting 2 papers. The first is a slightly revised version of the presentation I gave at the APS April 2013 conference here in Denver (http://www.iseti.us/WhitePapers/APS2013/Solomon-APS-April(2013-04-15).pdf). The second is titled ‘The Mechanics of Gravity Modification’.

Fabrizio Brocca from Italy wanted to know more about the Ni field shape for a rotating-spinning-disc. Finally, a question from someone who has read my book. This is not easy to explain over email, so I’m presenting the answers to his questions at this conference, as ‘The Mechanics of Gravity Modification’. That way I can reach many more people. Hope you can attend, read the book, and have your questions ready. I’m looking forward to your questions. This is going to be a lively discussion, and we can adjourn off conference.

My intention for using this forum to explain some of my research is straight forward. There will be (if I am correct) more than 100 aerospace companies in attendance, and I am expecting many of them will return to set up engineering programs to reproduce, test and explore gravity modification as a working technology.

Fabrizio Brocca I hope you can make it to Colorado this October, too.

I had a great time at APS 2013 held April 13 — 16, 2013. I presented my paper “Empirical Evidence Suggest A Different Gravitational Theory” in track T10, Tuesday afternoon. A copy of the slides is available at this link.

I am very pleased to announce that my abstract was accepted and I will be presenting “Empirical Evidence Suggest A Need For A Different Gravitational Theory” at this prestigious conference.

For those of you who can make it to Denver, April 13–16, and are interested in alternative gravitational theories, lets meet up.

I am especially interested in physicists and engineers who have the funding to test gravity modification technologies, proposed in my book An Introduction to Gravity Modification.

The University of Colorado Boulder holds its annual Gamow Memorial Lecture around this time of the year. This year, Feb 26, 2013, Brian Greene gave the lecture, on multiverses.

How interesting. This is an extension of the idea that the Earth or the Sun not being at the center of our Universe. 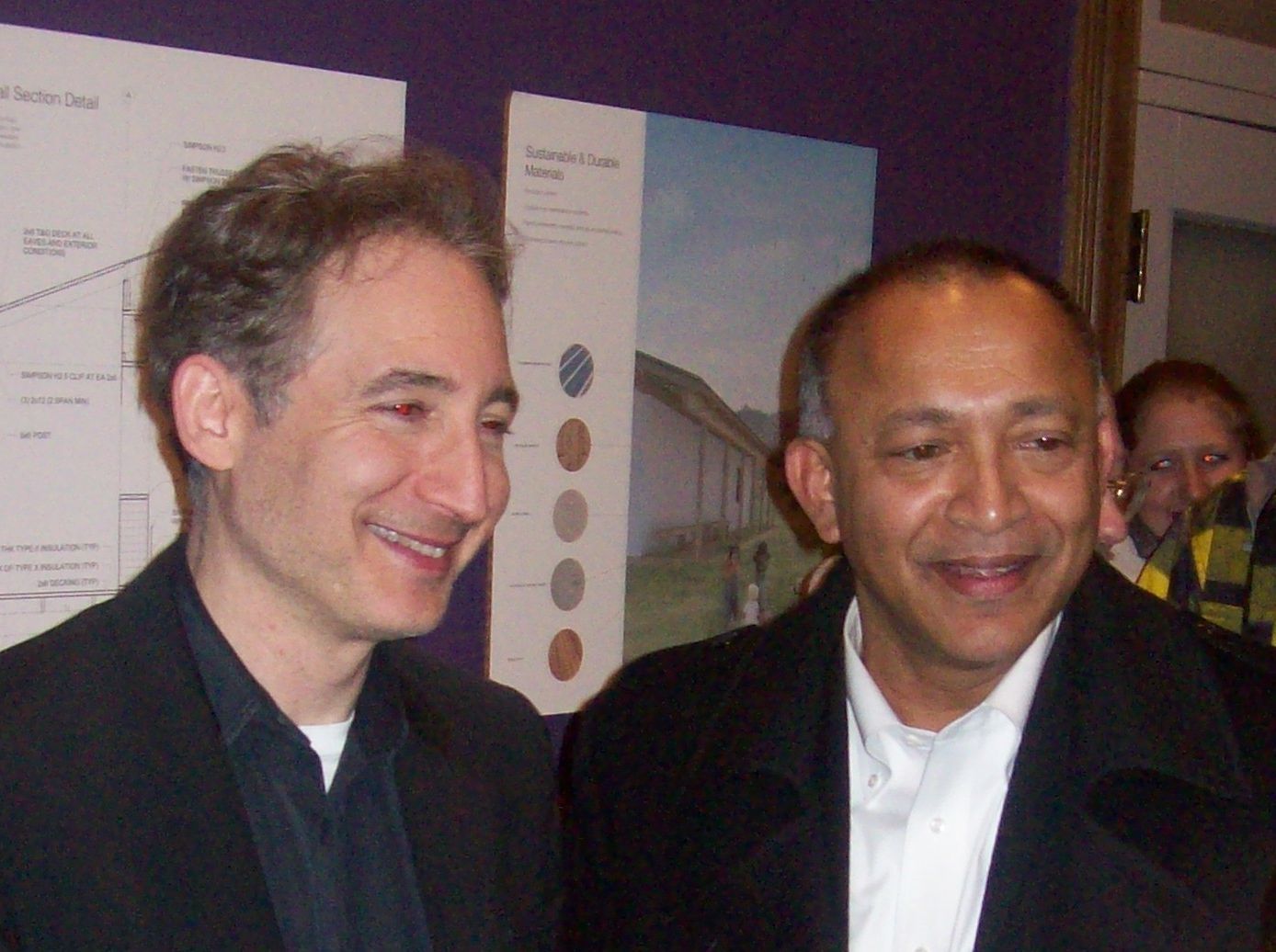 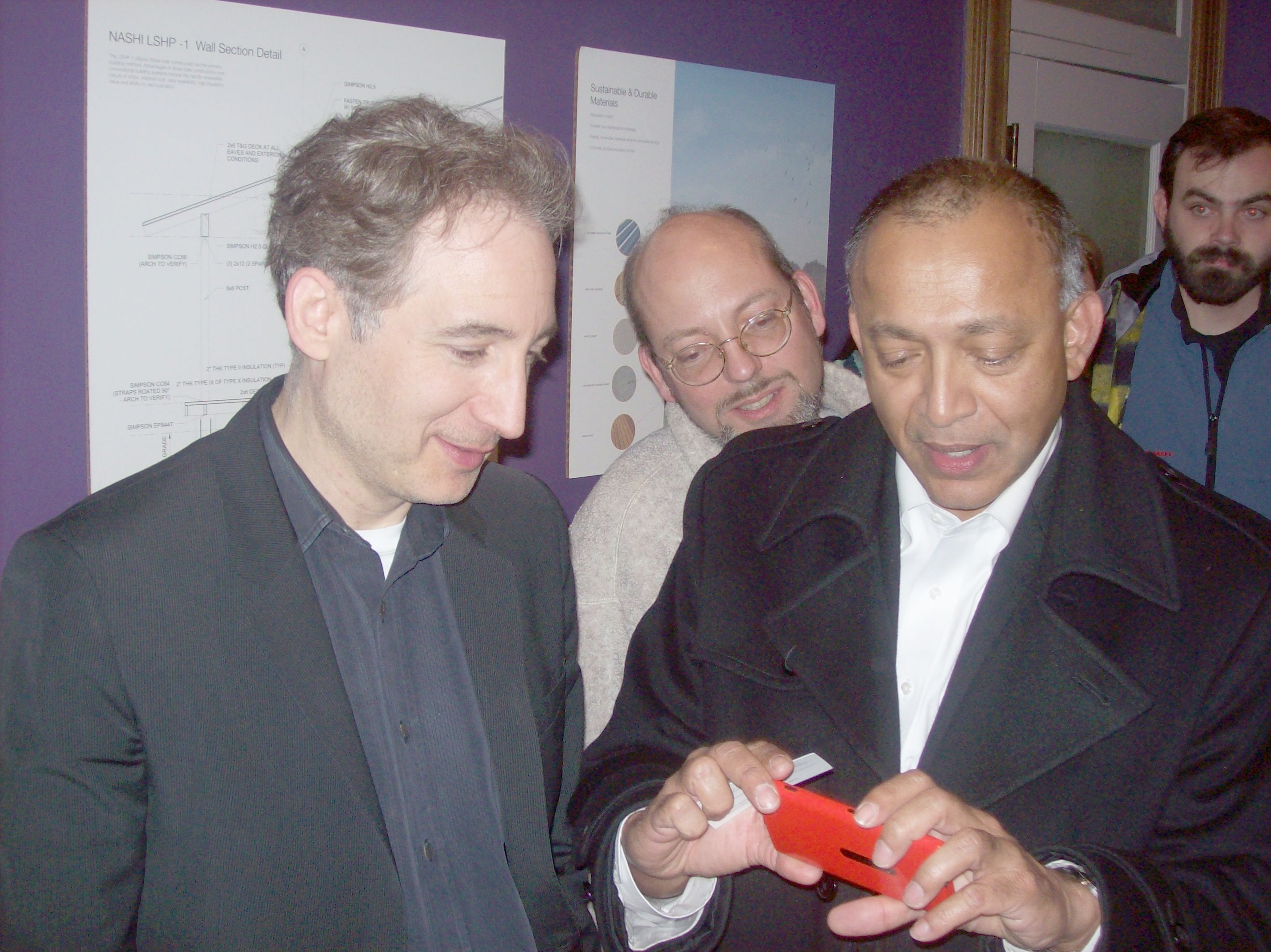 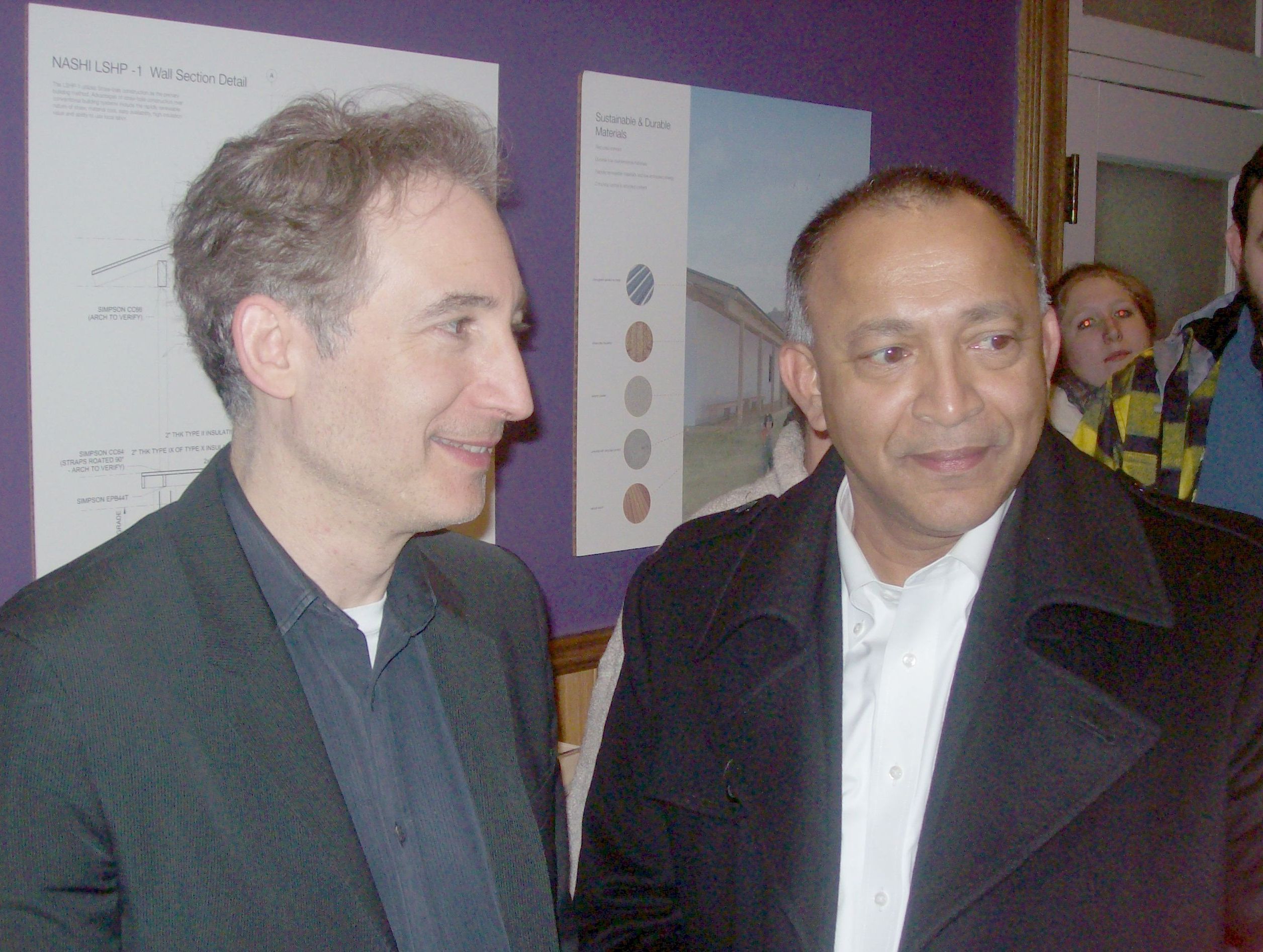 Brian Green graciously allowed me to have my picture taken with him at the reception held in honor of him after his lecture. In the middle picture I am getting ready my new Nokia Lumia 920 Windows 8 phone.

I may not agree with string theories, but I think it is vitally important to allow all forms of physical theories to take root, and let the community of physicists & engineers determine which theories have a better chance of explaining some aspect of the universal laws of physics, through discussions and experimentations. I would add, and drive new commercially viable technologies.

In this post I discuss three concepts, that if implemented should speed up the rate of innovation and discovery so that we can achieve interstellar travel within a time frame of decades, not centuries.

Okay, what I’m going to say will upset some physicists, but I need to say it because we need to resolve some issues in physics to distinguish between mathematical construction and conjecture. Once we are on the road to mathematical construction, there is hope that this will eventually lead to technological feasibility. This post is taken from my published paper “Gravitational Acceleration Without Mass And Noninertia Fields” in the peer reviewed AIP journal, Physics Essays, and from my book An Introduction to Gravity Modification.

The Universe is much more consistent than most of us (even physicists) suspect. Therefore, we can use this consistency to weed out mathematical conjecture from our collection of physical hypotheses. There are two set of transformations that are observable. The first, in a gravitational field at a point where acceleration is a compared to a location at 0 an infinite distance from the gravitational source, there exists Non-Linear transformations Γ(a) which states that time dilation ta/t0, length contraction x0/xa, and mass increase ma/m0, behave in a consistent manner such that:

The second consistency is Lorentz-Fitzgerald transformations Γ(v) which states that at a velocity v compared to rest at 0, time dilation tv/t0, length contraction x0/xv, and mass increase mv/m0, behave in a consistent manner such that:

Now here is the surprise. The Universe is so consistent that if we use the Non-Linear transformation, equation (1) to calculate the free fall velocity (from infinity) to a certain height above the planet’s or star’s surface, and it’s corresponding time dilation, we find that it is exactly what the Lorentz-Fitzgerald transformation, equation (2) requires. That there is this previously undiscovered second level of consistency!

You won’t find this discovery in any physics text book. Not yet anyway. I published this in my 2011 AIP peer reviewed Physics Essays paper, “Gravitational Acceleration Without Mass And Noninertia Fields”.

Or to put it differently, where ever Γ(a) is present the space, time, velocity and acceleration relationship must allow for Γ(v) to be present in a correct and consistent manner. When I discovered this I said, wow! Why? Because we now have a means of differentiating hypothetical-theoretical gravitational fields, and therefore mathematical conjectures, from natural-theoretical gravitational fields, which are correct mathematical constructions.

That is, we can test the various quantum gravity & string hypotheses and any of the tensor metrics! Einstein’s tensor metrics should be correct, but from a propulsion perspective there is something more interesting, Alcubierre tensor metrics. Alcubierre was the first, using General Relativity, to propose the theoretical possibility of warp speed (note, not how to engineer it). Alcubierre’s work is very sophisticated. However, the concept is elegantly simple. That one can wrap a space craft in gravitational-type deformed spacetime to get it to ‘fall’ in the direction of travel.

The concept suggest that both equations (1) and (2) are no longer valid as the relative velocity between the outer edges of the spacetime wrap and an external observer is either at c, the velocity of light or greater – one needs to do the math to get the correct answer. Even at an acceleration of 1g, and assuming that this craft has eventually reached c, equation (1) and (2) are no longer consistent. Therefore, my inference is that Alcubierre metrics allows for zero time dilation within the wrap but not velocities greater than the velocity of light. Therefore, it is also doubtful that Dr. Richard Obousy hypothesis that it is possible to achieve velocities of 1E30c with a quantum string version of Alcubierre warp drive is correct.