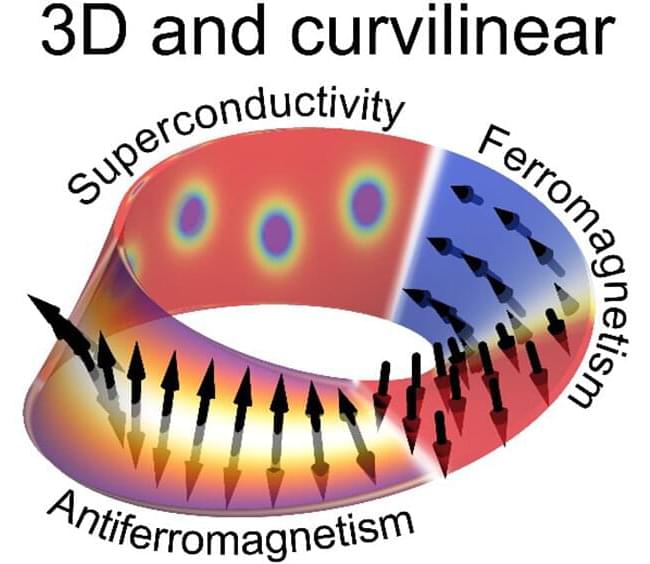 An international team of scientists from Austria and Germany has launched a new paradigm in magnetism and superconductivity, putting effects of curvature, topology, and 3D geometry into the spotlight of next-decade research. The results are published in Advanced Materials.

Traditionally, the primary ﬁeld in which curvature plays a pivotal role is the theory of general relativity. In recent years, however, the impact of curvilinear geometry has entered various disciplines, ranging from solid-state physics to soft-matter physics to chemistry and biology; and giving rise to a plethora of emerging domains, such as curvilinear cell biology, semiconductors, superﬂuidity, optics, plasmonics and 2D van der Waals materials. In modern magnetism, superconductivity and spintronics, extending nanostructures into the third dimension has become a major research avenue because of geometry-, curvature-and topology-induced phenomena. This approach provides a means to improve conventional functionalities and to launch novel functionalities by tailoring the curvature and 3D shape.

“In recent years, there have appeared experimental and theoretical works dealing with curvilinear and three-dimensional superconducting and (anti-)ferromagnetic nano-architectures. However, these studies originate from different scientific communities, resulting in the lack of knowledge transfer between such fundamental areas of condensed matter physics as magnetism and superconductivity,” says Oleksandr Dobrovolskiy, head of the SuperSpin Lab at the University of Vienna. “In our group, we lead projects in both these topical areas and it was the aim of our perspective article to build a ‘bridge’ between the magnetism and superconductivity communities, drawing attention to the conceptual aspects of how extension of structures into the third dimension and curvilinear geometry can modify existing and aid launching novel functionalities upon solid-state systems.”

END_OF_DOCUMENT_TOKEN_TO_BE_REPLACED 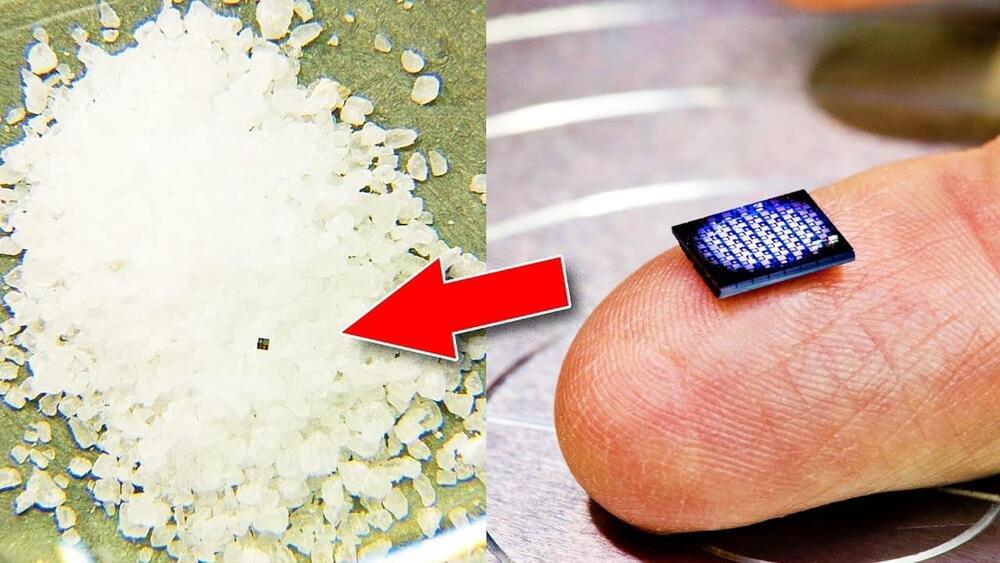 The Rise of actually real and useful Nanobots making use of the rapidly advancing miniaturization of robotics and microchips through companies such as TSMC, Intel and Samsung. These nanobots are soon going to enable things such as full dive virtual reality, healing diseases such as cancer and potentially even increasing the longevity up to 200 years. These tiny computer/robots will enter our bloodstream and cross the blood brain barrier to read and write similar to how Brain Computer Interfaces such as Neuralink currently work. The future of technology is looking really exciting.

If you enjoyed this video, please consider rating this video and subscribing to our channel for more frequent uploads. Thank you! smile
–
TIMESTAMPS:
00:00 Have we reached the Nanobot-Era?
02:51 The Applications of Nanobots.
04:26 All the types of BCI’s.
06:44 So, when will there be Nanobots?
09:13 Last Words.
–
#nanobots #ai #nanotechnology

END_OF_DOCUMENT_TOKEN_TO_BE_REPLACED 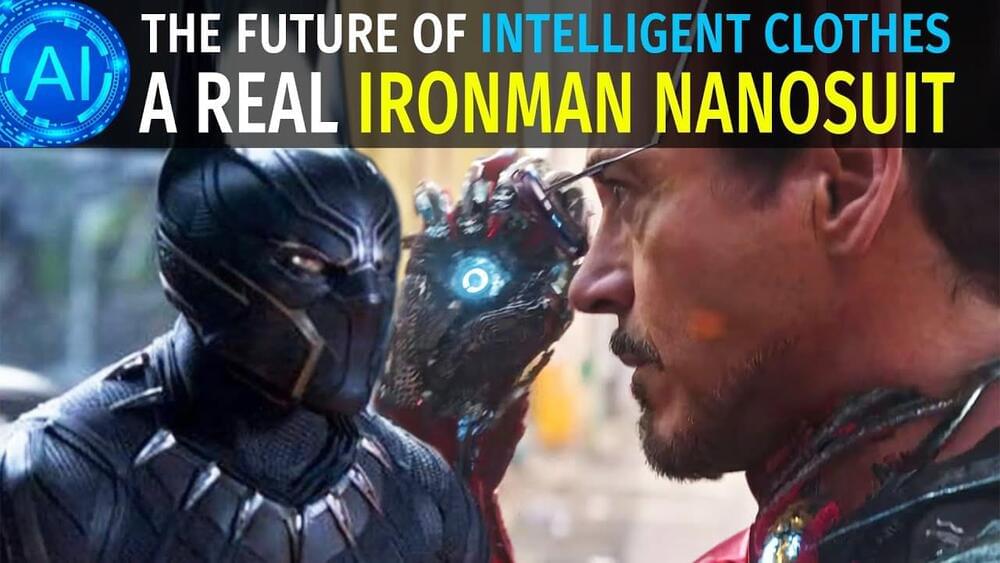 The future of Neuromorphic computing and nanotechnology enabling real life Nanosuits is already here according to several leading scientists in that field. Whether it’s the Nanosuit from Iron Man or from Crysis, the nanobots and brain computer interfaces which make those intelligent smart clothes up work in a very similar way.

Neuromorphic computing essentially involves assembling artificial neurons to function based on the principles of the human brain. It works on Spiking Neural Networks or SNNs, where each “neuron” sends independent signals to other neurons. It emulates natural neural networks that exist in biological brains.
–
Every day is a day closer to the Technological Singularity. Experience Robots learning to walk & think, humans flying to Mars and us finally merging with technology itself. And as all of that happens, we at AI News cover the absolute cutting edge best technology inventions of Humanity.

END_OF_DOCUMENT_TOKEN_TO_BE_REPLACED

Integrated quantum photonics (IQP) is a promising platform for realizing scalable and practical quantum information processing. Up to now, most of the demonstrations with IQP focus on improving the stability, quality, and complexity of experiments for traditional platforms based on bulk and fiber optical elements. A more demanding question is: “Are there experiments possible with IQP that are impossible with traditional technology?”

This question is answered affirmatively by a team led jointly by Xiao-Song Ma and Labao Zhang from Nanjing University, and Xinlun Cai from Sun Yat-sen University, China. As reported in Advanced Photonics, the team realizes quantum communication using a chip based on silicon photonics with a superconducting nanowire single-photon detector (SNSPD). The excellent performance of this chip allows them to realize optimal time-bin Bell state measurement and to significantly enhance the key rate in quantum communication.

The single photon detector is a key element for quantum key distribution (QKD) and highly desirable for photonic chip integration to realize practical and scalable quantum networks. By harnessing the unique high-speed feature of the optical waveguide-integrated SNSPD, the dead time of single-photon detection is reduced by more than an order of magnitude compared to the traditional normal-incidence SNSPD. This in turn allows the team to resolve one of the long-standing challenges in quantum optics: Optimal Bell-state measurement of time-bin encoded qubits.

END_OF_DOCUMENT_TOKEN_TO_BE_REPLACED 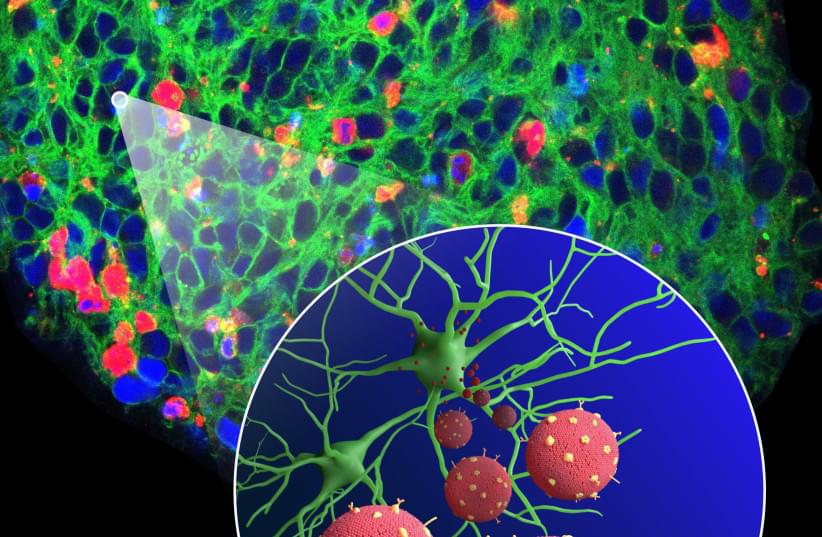 Researchers from the Technion and the Houston Methodist Research Institute have developed microscopic machines that can deliver drugs to parts of the brain in order to treat injuries and diseases.

END_OF_DOCUMENT_TOKEN_TO_BE_REPLACED 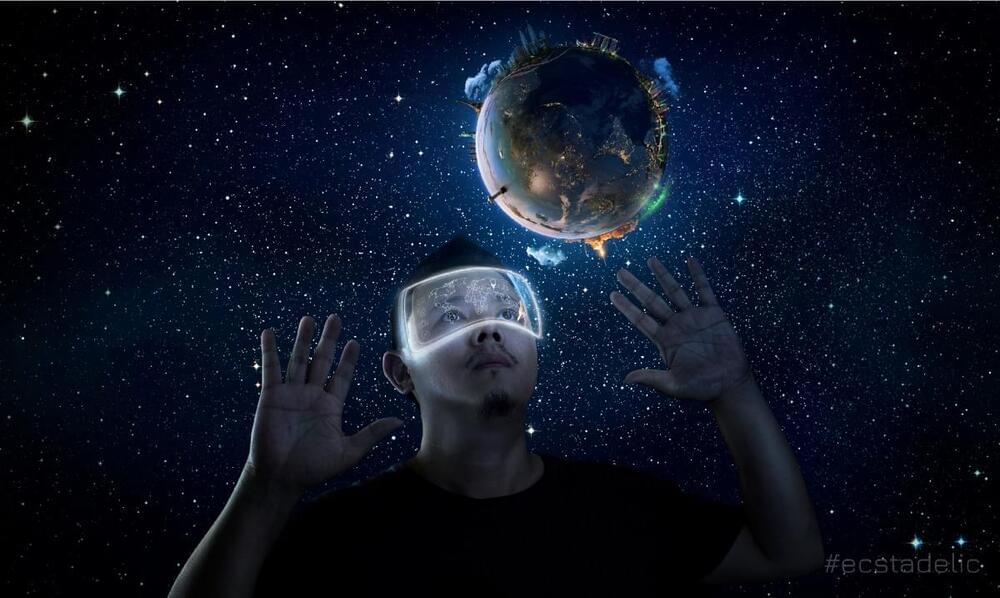 VR can soon become perceptually indistinguishable from the physical reality, even superior in many practical ways, and any artificially created “imaginary” world with a logically consistent ruleset of physics would be ultrarealistic. Advanced immersive technologies incorporating quantum computing, AI, cybernetics, optogenetics and nanotech would make this a new “livable” reality within the next few decades. Can this new immersive tech help us decipher the nature of our own “b… See more.

END_OF_DOCUMENT_TOKEN_TO_BE_REPLACED 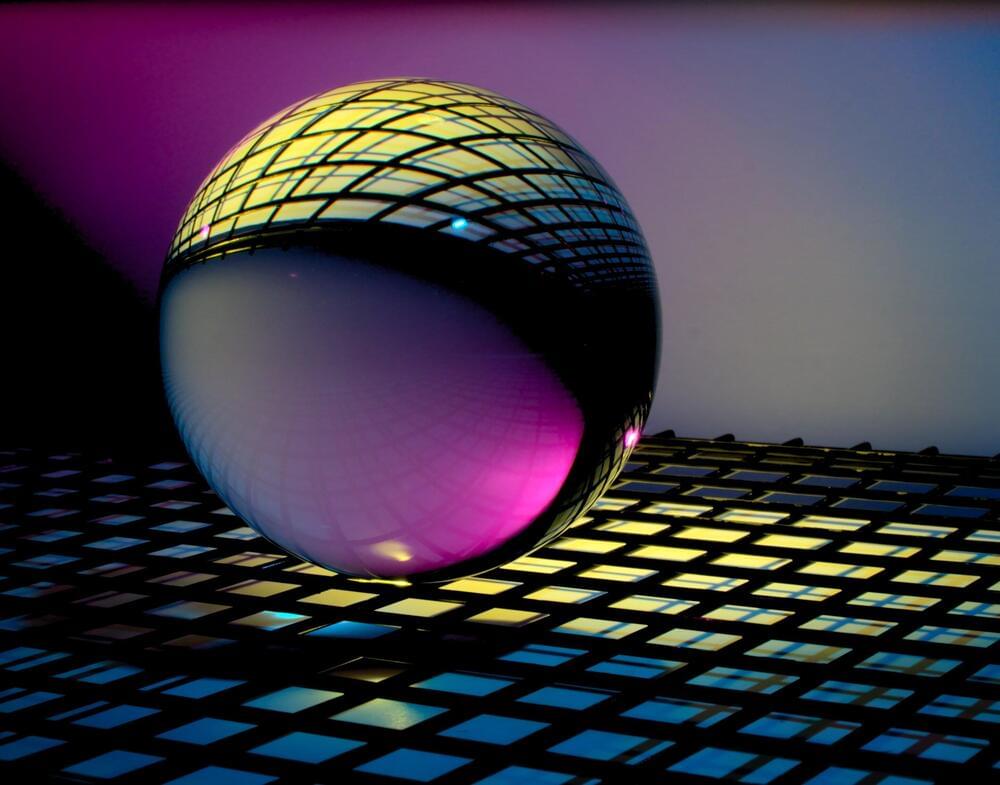 A team of researchers from the University of Florida, led by Dr. Philip Feng, in collaboration with Prof. Steven Shaw in Florida Institute of Technology, has now demonstrated extremely high-efficient mechanical signal amplification in nanoscale mechanical resonators operating at radio frequency. The devices employed in this research might be the tiniest mechanical resonators exhibiting amplification, and the gain achieved is the highest known for all mechanical devices reported to date.

The researchers have realized the parametric amplification in the tiny nanoscale devices. The nanoscale drumhead mechanical parametric amplifiers demonstrated in this research consist of an atomically thin two-dimensional semiconducting molybdenum disulfide (MoS2) membrane where the thickness of the drumheads is 0.7, 2.8, 7.7 nanometer with 1.8 micrometer in diameter and 0.0018–0.020 m3 in volume. The nanodrums are fabricated by transferring nanosheet exfoliated from bulk crystal over microcavities to make suspended atomically thin nanodrums.

END_OF_DOCUMENT_TOKEN_TO_BE_REPLACED 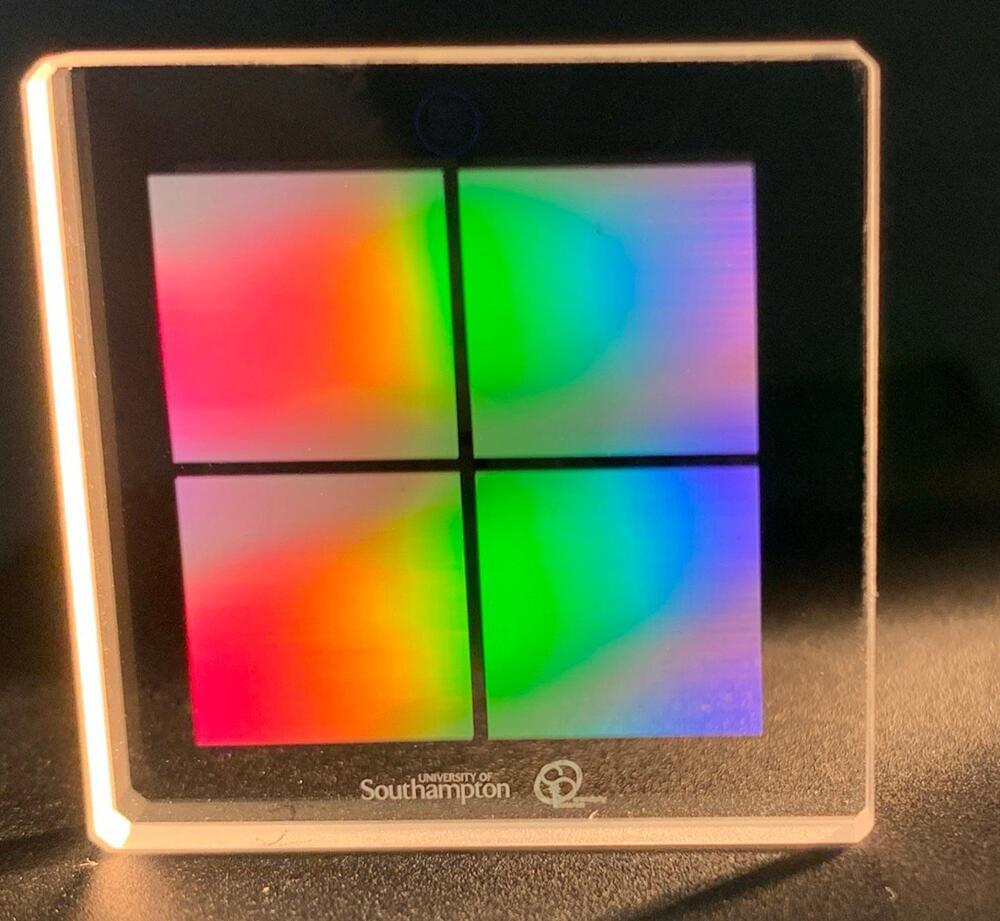 Researchers have developed a fast and energy-efficient laser-writing method for producing high-density nanostructures in silica glass. These tiny structures can be used for long-term five-dimensional (5D) optical data storage that is more than 10,000 times denser than Blue-Ray optical disc storage technology.

“Individuals and organizations are generating ever-larger datasets, creating the desperate need for more efficient forms of data storage with a high capacity, low energy consumption and long lifetime,” said doctoral researcher Yuhao Lei from the University of Southampton in the UK. “While cloud-based systems are designed more for temporary data, we believe that 5D data storage in glass could be useful for longer-term data storage for national archives, museums, libraries or private organizations.”

END_OF_DOCUMENT_TOKEN_TO_BE_REPLACED 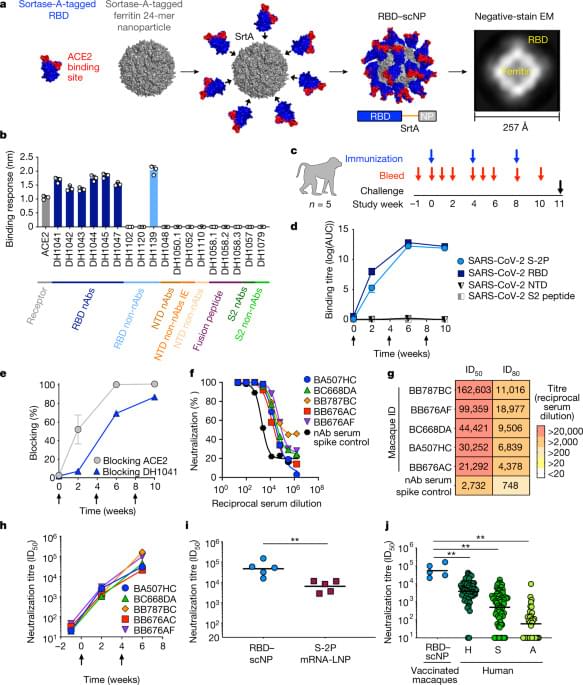 Immunization of macaques with nanoparticle-conjugated receptor-binding domain of SARS-CoV-2 adjuvanted with 3M-052 and alum results in cross-neutralizing antibodies against bat coronaviruses, SARS-CoV and SARS-CoV-2 variants, and may provide a platform for developing pan-coronavirus vaccines.

END_OF_DOCUMENT_TOKEN_TO_BE_REPLACED 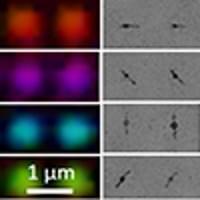 It is challenging to store the exponentially increasing amount of data in the information age. The multiplexed optical data storage with merits of high data density (hundreds of terabytes/disk), low energy consumption, and long lifetime could open a new era in data storage technology. The recent progress in five-dimensional (5D) optical data storage based on anisotropic nanostructures written by femtosecond (fs) laser pulses in transparent materials reveals its potential for real-world applications, but high writing speed and density remain a major challenge. Here, we propose a method for rapid and energy-efficient writing of highly localized anisotropic nanostructures in silica glass by energy modulated megahertz-rate fs pulses. An isotropic nanovoid is initially generated with pulse energy above the microexplosion threshold and then elongated to an anisotropic nanolamella-like structure via the near-field enhancement effect by lower energy pulses, minimizing the unwanted thermal effects from megahertz-rate fs pulses. The anisotropic nanostructures are exploited for 5D data storage with a rate of 106voxels/s, corresponding to a demonstrated fast information recording of ∼225kB/s and a potentially high-density data storage of ∼500TB/disk.