Walk into any workout facility and, odds are, you’ll see plenty of people working with a personal fitness trainer. It’s common practice to hire a trainer who can help improve your physical fitness, but is it possible to find a trainer for better mental fitness? Entrepreneur Ariel Garten founded her company, InteraXon, around this very idea. Bolstered by new advances in non-invasive brain-machine interfaces (BMIs) that can help people practice ways to reduce stress and improve cognitive abilities, Garten believes this is just the beginning of a lucrative industry.

Garten’s company manufactures a BMI called the Muse, an EEG sensor headband that monitors occipital and temporal brain waves. According to Ariel, the goal of the device is to help people understand their mental processes while at the same time learning to calm and quiet their mind at any time, with the same convenience of carrying around an iPhone.

“We don’t measure stress (with the Muse). What we’re actually measuring is a state of stable, focused attention,” Garten said. “When you hone your mind into a state of stable focused attention, what you’re able to do is resist the thoughts that you have and the distractions that you have. That helps you improve your cognitive function and attention. And, it also helps you decrease your stress, anxiety and all of the downstream physiological responses of that stress.”

According to Garten, when one is in a state of stable, focused attention, their brain-wave signatures are very similar to those seen when one is in a calm, relaxed state. Reaching that state of stable, focused attention leads to more Alpha waves, which have been recorded when people do activities like preparing to go to bed. Those Alpha waves represent a shutting down of external sensory processing, which Ariel says amounts to better holding your focus.

While it has parallels to meditation, Garten noted that BMI-based stable attention exercises can show one’s brain activity in real time. That feedback allows for deeper and faster learning, as well as the ability to maintain the practice or the exercise over time.

Much like the concept of muscle memory, once a user learns how to reach stable, focused attention, the Muse and its accompanying applications help train the user to be able to return to that state whenever it’s needed in their daily lives. Garten noted that a number of research studies have found focused attention exercises can also lead to increased gray matter in the brain, while decreasing anxiety and helping with depression, eating disorders, insomnia and more.

“In the next five years, you’re going to see a proliferation of these types of devices… simple clean, and easy-to-use brain sensing technology applications. What you’ll see is applications that let you play games directly with your mind and applications that let you understand and improve yourself,” she said. “We’re not at the point in technology where you can control stuff directly with your mind by reading a thought. That will happen someday…15 to 20 years in the future.”

While we can look at changes at brain states right now, the future promises more responsive technology that can help provide you with a much more detailed understanding of your brain’s function and use that information to support your interactions with your external environment.

“We’re going to be able to see applications and algorithms that understand you more effectively and are able to give you personalized insight based on you and your own brain and how it works, moment to moment to moment,” Garten said. “We’re going to see the hardware getting smaller, so that it fits into other devices you already wear. We’re also going to also see greater accessibility and cross platform integration with your favorite tools to get a more comprehensive picture of yourself.”

BMI technology that is minimally invasive but offers the user more personalized control certainly seems like a pragmatic first step towards broader acceptance of such technologies in the near future. While not part of the mainstream consumer market quite yet, Muse’s successes with its loyal customer base may point to real opportunity for similar products in the neurotechnology marketplace.

As billions of Christians around the world are getting ready to celebrate the Easter festival and holiday, we take pause to appreciate the awe inspiring phenomena of resurrection. 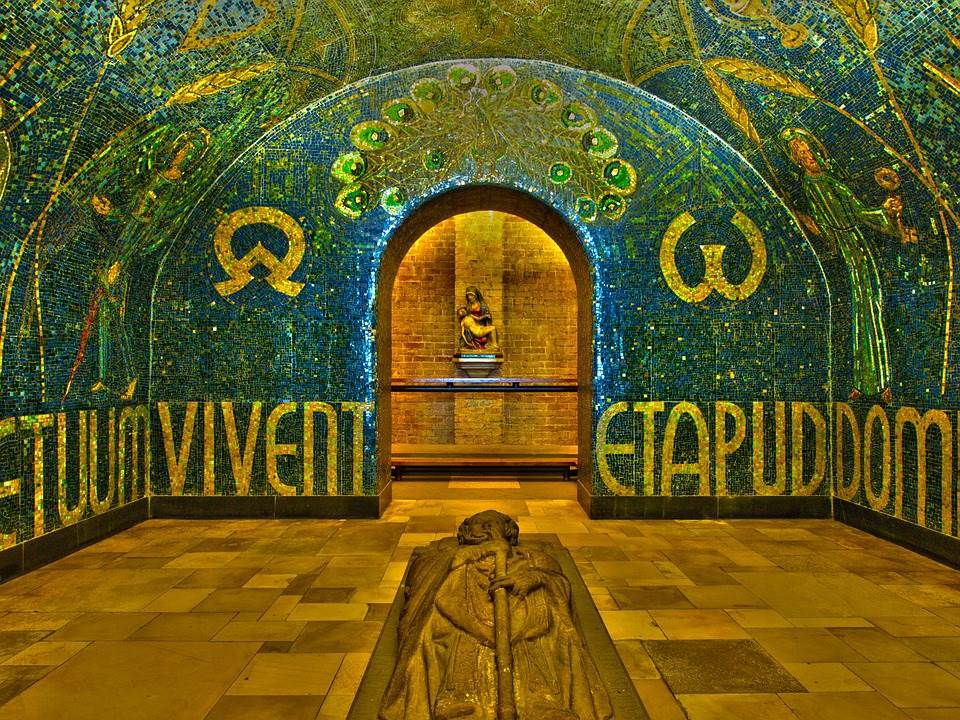 In religious and mythological contexts, in both Western and Eastern societies, well known and less common names appear, such as Attis, Dionysus, Ganesha, Krishna, Lemminkainen, Odin, Osiris, Persephone, Quetzalcoatl, and Tammuz, all of whom were reborn again in the spark of the divine.

In the natural world, other names emerge, which are more ancient and less familiar, but equally fascinating, such as Deinococcus radiodurans, Turritopsis nutricula, and Milnesium tardigradum, all of whose abilities to rise from the ashes of death, or turn back time to start life again, are only beginning to be fully appreciated by the scientific world. 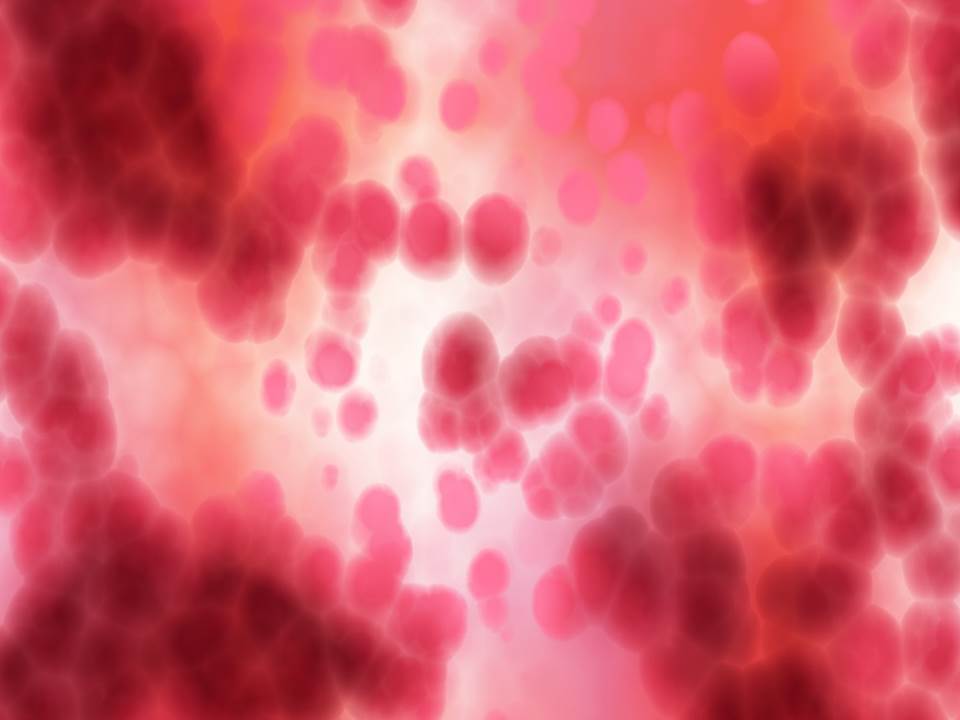 In the current era, from an information technology centric angle, proponents of a technological singularity and transhumanism, are placing bets on artificial intelligence, virtual reality, wearable devices, and other non-biological methods to create a future connecting humans to the digital world.

This Silicon Valley, “electronic resurrection” model has caused extensive deliberation, and various factions to form, from those minds that feel we should slow down and understand the deeper implications of a post-biologic state (Elon Musk, Steven Hawking, Bill Gates, the Vatican), to those that are steaming full speed ahead (Ray Kurzweil / Google) betting that humans will shortly be able to “transcend the limitations of biology”. 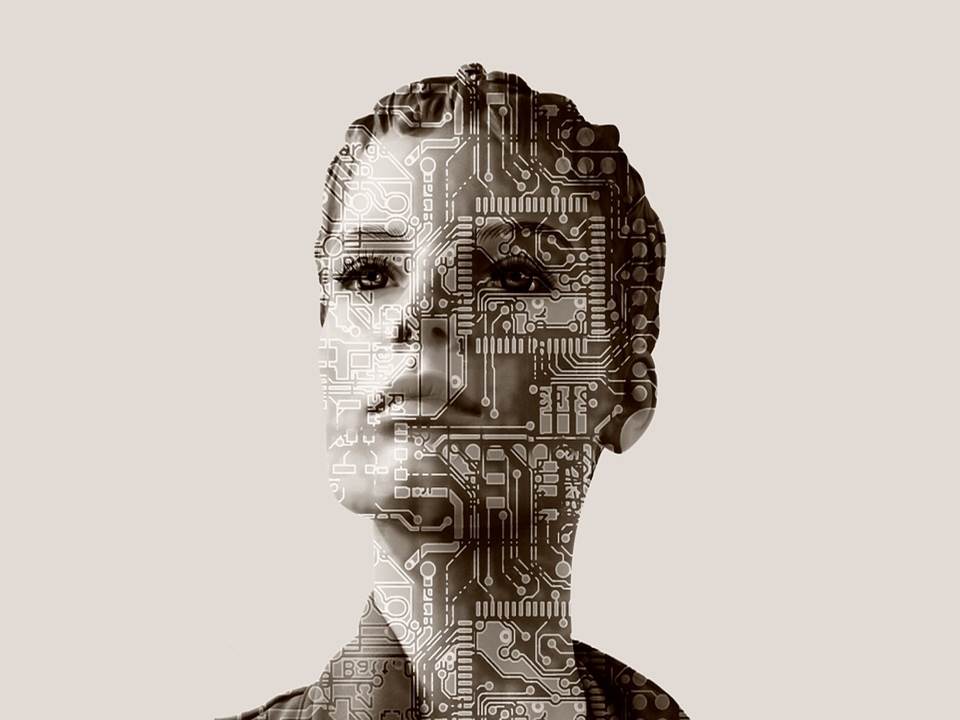 However, deferring an in-depth Skynet / Matrix discussion for now, is this debate clouding other possibilities that we have forgotten about, or may not have even yet fully considered?

Today, we find ourselves at an interesting point in history where the disciplines of regenerative sciences, evolutionary medicine, and complex systems biology, are converging to give us an understanding of the cycle of life and death, orders of magnitude more complex than only a few years ago.

In addition to the aforementioned species that are capable of biologic reanimation and turning back time, we show no less respect for those who possess other superhuman capabilities, such as magnetoreception, electrosensing, infrared imaging, and ultrasound detection, all of which nature has been optimizing over hundreds of millions of years, and which provide important clues to the untapped possibilities that currently exist in direct biological interfaces with the physical fabric of the universe. 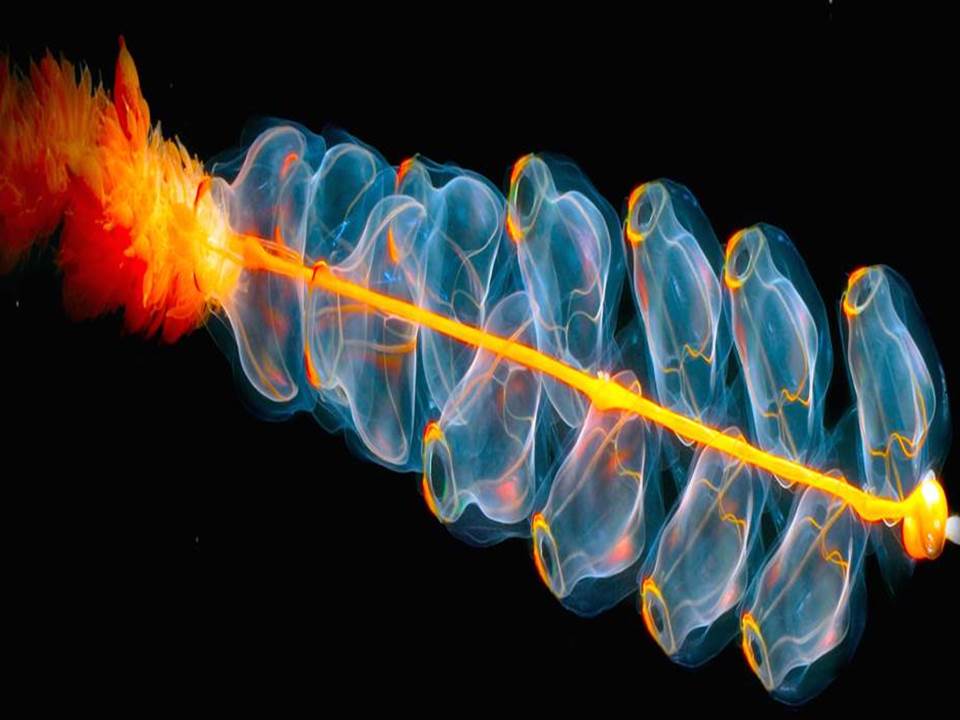 The biologic information processing occurring in related aneural organisms and multicellular colony aggregators, is no less fascinating, and potentially challenges the notion of the brain as the sole repository of long-term encoded information.

Additionally, studies on memory following the destruction all, or significant parts of the brain, in regenerative organisms such as planarians, amphibians, metamorphic insects, and small hibernating mammals, have wide ranging implications for our understanding of consciousness, as well as to the centuries long debate between the materialists and dualists, as to whether we should focus our attention “in here”, or “out there”.

I am not opposed to studying either path, but I feel that we have the potential to learn a lot more about the topic of “out there” in the very near future. 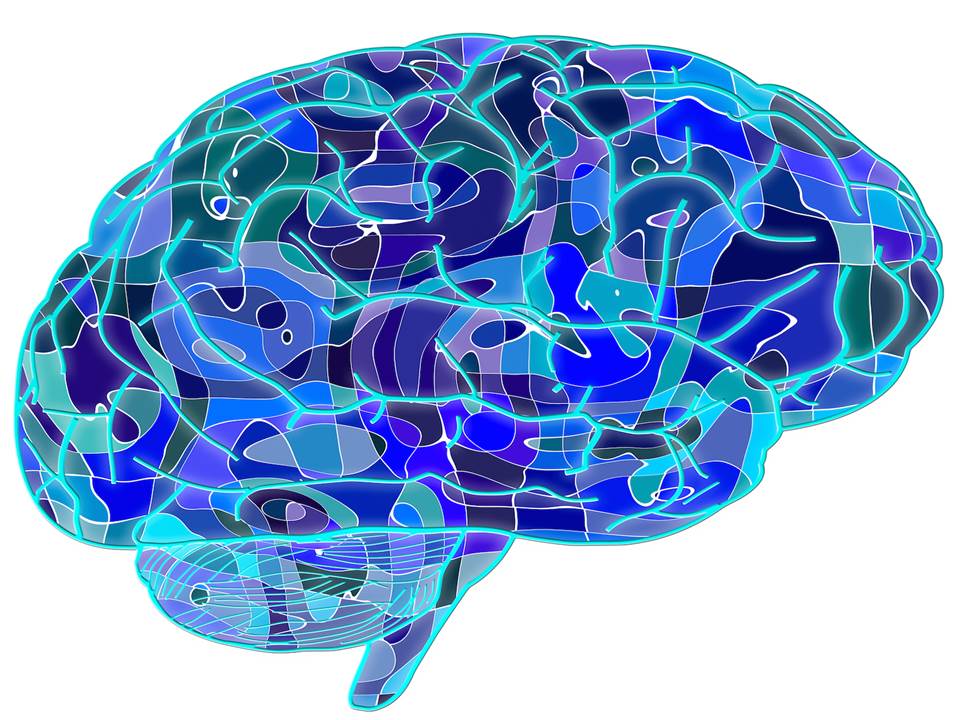 The study of brain death in human beings, and the application of novel tools for neuro-regeneration and neuro-reanimation, for the first time offer us amazing opportunities to start from a clean slate, and answer questions that have long remained unanswered, as well as uncover a knowledge set previously thought unreachable.

Aside from a myriad of applications towards the range of degenerative CNS indications, as well as disorders of consciousness, such work will allow us to open a new chapter related to many other esoteric topics that have baffled the scientific community for years, and fallen into the realm of obscure curiosities. 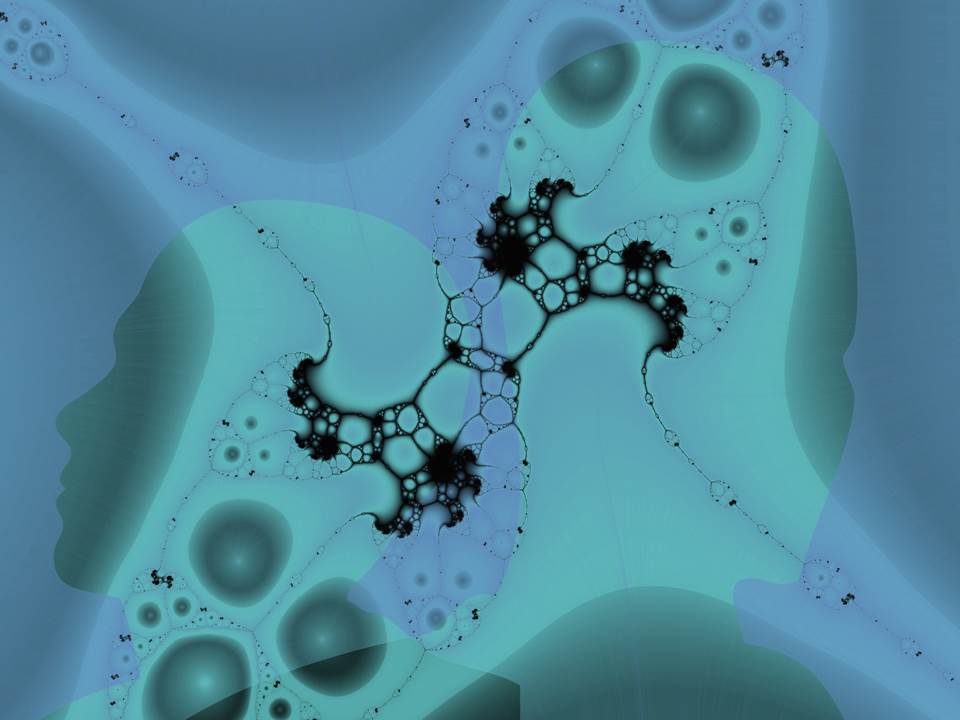 From the well documented phenomena of terminal lucidity in end stage Alzheimer’s patients, to the mysteries of induced savant syndrome, to more arcane topics, such as the thousands of cases of children who claim to remember previous lives, by studying death, and subsequently the “biotechnological resurrection” of life, we can for the first time peak through the window, and offer a whole new knowledge base related to our place, and our interaction, with the very structure of reality.

We are entering a very exciting era of discovery and exploration.

Ira S. Pastor is the Chief Executive Officer of Bioquark Inc. (www.bioquark.com), an innovative life sciences company focusing on developing novel biologic solutions for human regeneration, repair, and rejuvenation. He is also on the board of the Reanima Project (www.reanima.tech) 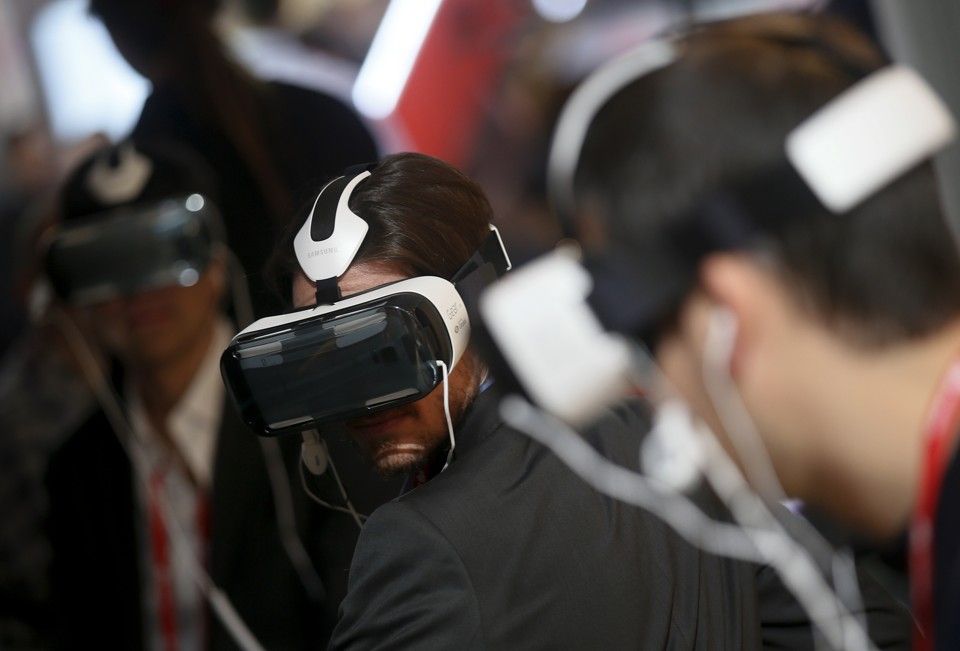 Vannevar Bush’s prediction, half a century later, rings true: “The world has arrived at an age of cheap complex devices of great reliability; and something is bound to come of it.”