The following is a selection of points of interest to futurism and forecasts of the political future from the recent Mont Order Conference of July 2016:

The Mont Order’s secret wiki created via PBworks holds information on the origin and literature of the Mont Order as well as our current structure, ranks and members. Members will be invited via email and will be able to contribute pages or post comments and questions on this literature. The public will not have access to it.

STATEMENT 3: FRIENDS OF THE MONT ORDER GROUP IS EFFECTIVE

The Friends of the Mont Order group created by Raincoaster at Facebook has seen a surprising growth in membership. Our hope is that it will reach a point where members can confidently post to the group and a minimal amount of admin involvement is needed. Due to the continued growth in its membership and the high amount of activity there, the group can be deemed a success so far.

STATEMENT 8: ON ANTI-ISLAM MEDIA AND POLICIES IN EUROPE AND THE US

“Integration”, humiliation of Muslims by the state, and blaming Islam for violence are non-answers to terrorist threats. These steps will only deepen tensions and extremist views on all sides in European countries, where terrorist incidents have occurred. We have noted that incidents in Europe are beginning to resemble a more American pattern of “mass shootings” but similar tragedies have curiously not been occurring in the UK. In addition, editorial policies of Western media clearly follow a pattern of only describing attacks as “terrorist” after an attacker is described to be a Muslim.

(Vote Here) From a MONT member: “All funding of religious groups by non-citizens should be banned” (expanded: “Religions should be treated the same way as political parties”). Justified by the way Saudi Arabia uses mosque financing to spread its political power and extremism particularly in Europe. Might also bring states and authorities to account for spreading extremism rather than blaming communities. Might also allow Muslim communities to take control of their own future rather than taking orders from foreign clerics. Should this be advocated as law? (NOTE: The UK already bans political parties from getting foreign funds. What is being advocated in the UK context is only that religious groups be also added to these lists of groups. In the context of other countries, they would copy the above element of UK law and then add the religious groups to the lists.)

The Mont Order, often just called Mont, is an information society of writers and networks based in different countries who collaborate to broaden their influence. To date, this has been achieved mainly through the internet.

The Mont Order has held online audio conferences since February 2015. 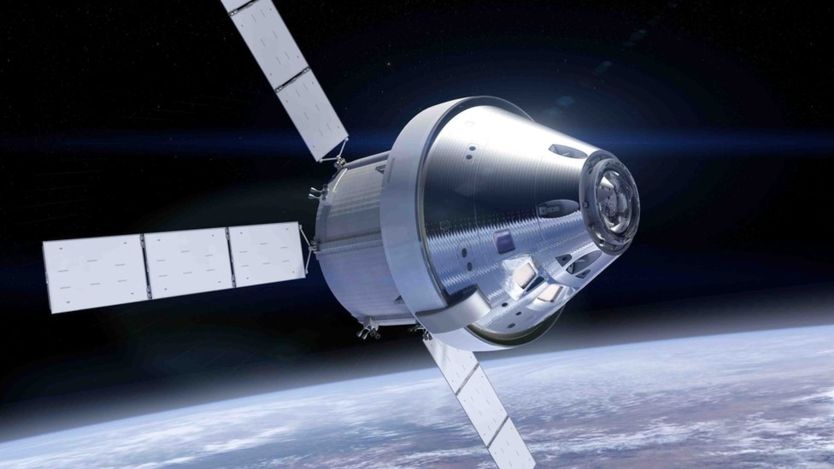 “European industry has begun assembling the “back end” of the Orion crewship that is due to make an important 2018 demonstration flight around the Moon.”