The following is a selection of points of interest to futurism and forecasts of the political future from the recent Mont Order Conference of July 2016:

The Mont Order’s secret wiki created via PBworks holds information on the origin and literature of the Mont Order as well as our current structure, ranks and members. Members will be invited via email and will be able to contribute pages or post comments and questions on this literature. The public will not have access to it.

STATEMENT 3: FRIENDS OF THE MONT ORDER GROUP IS EFFECTIVE

The Friends of the Mont Order group created by Raincoaster at Facebook has seen a surprising growth in membership. Our hope is that it will reach a point where members can confidently post to the group and a minimal amount of admin involvement is needed. Due to the continued growth in its membership and the high amount of activity there, the group can be deemed a success so far.

STATEMENT 8: ON ANTI-ISLAM MEDIA AND POLICIES IN EUROPE AND THE US

“Integration”, humiliation of Muslims by the state, and blaming Islam for violence are non-answers to terrorist threats. These steps will only deepen tensions and extremist views on all sides in European countries, where terrorist incidents have occurred. We have noted that incidents in Europe are beginning to resemble a more American pattern of “mass shootings” but similar tragedies have curiously not been occurring in the UK. In addition, editorial policies of Western media clearly follow a pattern of only describing attacks as “terrorist” after an attacker is described to be a Muslim.

(Vote Here) From a MONT member: “All funding of religious groups by non-citizens should be banned” (expanded: “Religions should be treated the same way as political parties”). Justified by the way Saudi Arabia uses mosque financing to spread its political power and extremism particularly in Europe. Might also bring states and authorities to account for spreading extremism rather than blaming communities. Might also allow Muslim communities to take control of their own future rather than taking orders from foreign clerics. Should this be advocated as law? (NOTE: The UK already bans political parties from getting foreign funds. What is being advocated in the UK context is only that religious groups be also added to these lists of groups. In the context of other countries, they would copy the above element of UK law and then add the religious groups to the lists.)

The Mont Order, often just called Mont, is an information society of writers and networks based in different countries who collaborate to broaden their influence. To date, this has been achieved mainly through the internet.

The Mont Order has held online audio conferences since February 2015.

According to The Clarion Project, a political information bureau that warns westerners of the growing threat from radical Islam, ISIS has published a ‘kill list’ that includes the names, addresses and emails of 15,000 Americans. 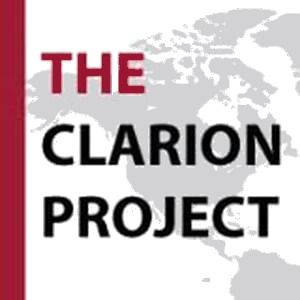 So far, this is interesting news, but it is not really new. I found ISIS, Hezbollah and Al-Qaida kill lists going back at least 8 years. This 2012 bulletin complains that NBC would not release the names contained on a kill list.

A kill list is newsworthy, and the Clarion article is interesting—but the article has more “facts” with which the publisher wishes to generate mob frenzy…

In a clear effort to whip up and direct audience indignation, it asks readers to take a one-question poll. Which answer would you choose?

Let’s ignore, for a moment, that the editorial comment appended to answer #2 involves a misleading assumption (i.e. that your safety is related to inclusion on the list and that you need or would be the focus of FBI protection). Even before this cheap tactical mis-direction, I am frustrated with the sleazy promotional and shock tactics of The Clarion Project (formerly, stopradicalislam.org).

This a pity—because the Clarion Project also creates and distributes valuable educational literature. For a few years, they were the credible standard in defining and issuing warnings about the dangers of radical Islam—especially as it is seeded and spread from within. The Clarion Project also produces terrific “wake-up” videos and documentary evidence about life under Sharia law and the shocking intolerance, misogyny and disrespect for human rights that characterize ISIS. It highlights the brutal tactics that emerge when regional governments are controlled by religious zealots. Like any repressive dictatorship, ISIS rules through fear instilled by bands of roaming thugs and by turning everyone into snitches.*

But the Kill List Poll points to a growing trend at Clarion. Four years ago, I objected to Meira Svirsky’s inflammatory report that criticizes a DOJ official for refusing to answer a complex and subtle question with a Yes-or-No response. The Clarion Project has a critical and noble goal. But pushing the emotional hot buttons of an audience by over simplifying or vilifying subtleties undermines the entire organization. In the end, it only demonstrates that they are bullies. And just like Donald Trump, bullying plays only to mobs. It is no the way to win hearts and minds.

My Answer to the Poll

Both ISIS leaders and radical clerics have repeatedly declared that *all* Americans, American allies, Jews and non-believers may be killed on the spot or taken as sex slaves to pleasure suicide bombers and Jihadist soldiers.

They state that doing this fulfills Jihad and prophecy and is sanctioned by the Holy Qur’an. With this in mind, I the choice of poll responses is political, selfish and offensive. It assumes that readers are idiots…

The multiple choice answers are incomplete and misleading. Of course, Americans have a right to know if they are on a kill list—and, in fact, we already know We are all on that list!

The warning bell at the heart of Clarion journalism is an alarm that must be heard—very loudly. Radical Islam is a cancer and not just figuratively. It exhibits all earmarks of a spreading cancer that invades and attaches itself to its neighbors while building offensive outposts far from the region that it started. It has not yet been contained and excised. It presents a significant ongoing threat to our safety, our health and our wealth.

—Philip Raymond is a Lifeboat board member and columnist. He hosted The
Bitcoin Event and is co-chair of the Cryptocurrency Standards Association

* I could illustrate my point with photos of men being burned in a cage, the abduction of preteen school girls from their homes (they were give to soldiers), a child slitting the throat of captives, or a women having her nose cut off because she was raped by a stranger. After all, in the twisted world of radical Islam, anyone who is different, unique gay, Christian, or not in agreement with the local Imam are to be tortured and killed.

But I can similarly point to even this comparatively mild video. It shows a Turkish music store under attack last week (June 2016), because a group of thugs suspects that the band signing autographs represents secular hedonism—or that that fans must be consuming alcohol during Ramadan.