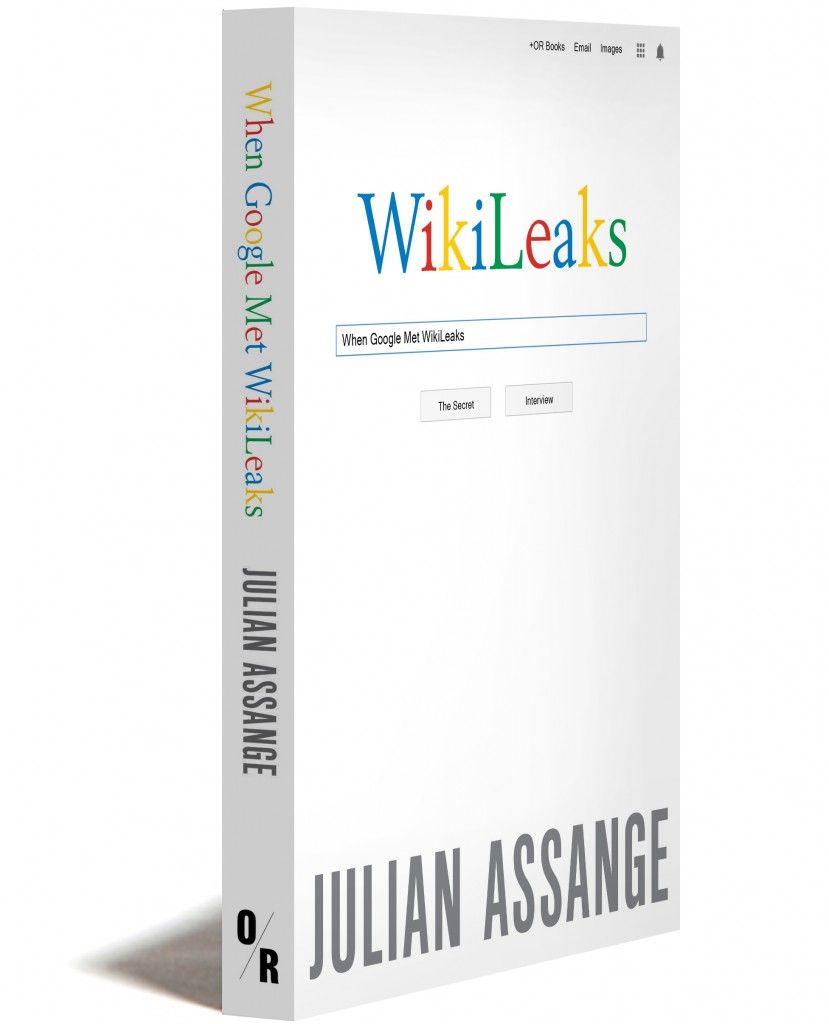 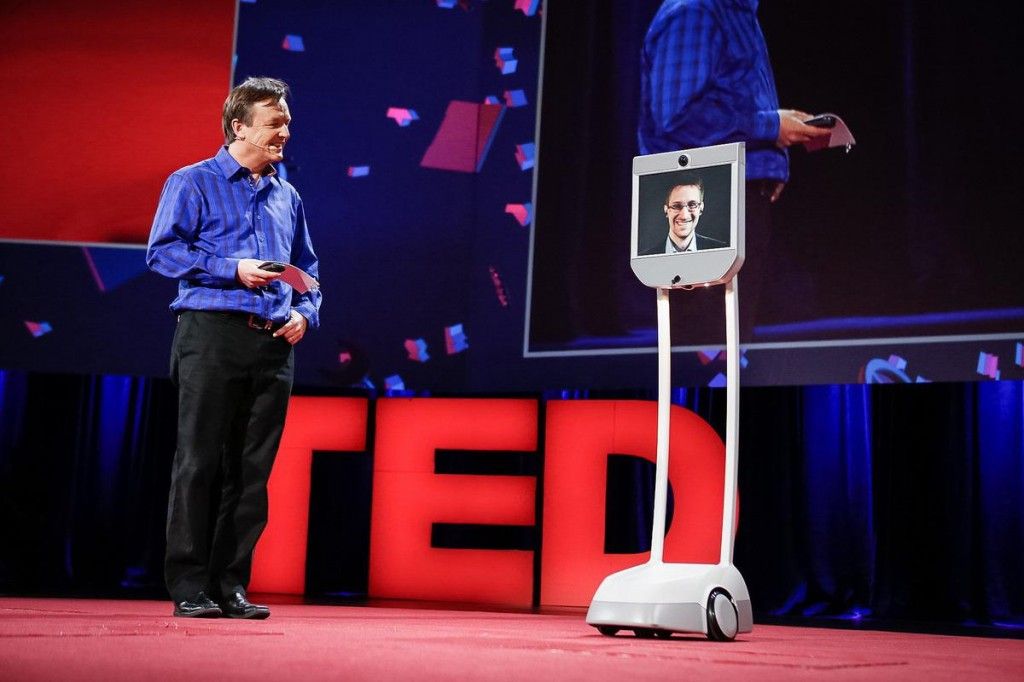 Who is more “luddite”: the individual or the state?

In a recent TED talk, an individual – the robot body of National Security Agency whistleblower Edward Snowden speaking in Vancouver – said he beat the state. He argued that, while the internet enabled states with unprecedented powers to spy, it has also provided individuals with the ability to singlehandedly “win” against the state by exposing such abuse to the public. Snowden’s statement highlights the way in which the internet, along with other emerging technologies that promise similar decentralization and power to the individual, could be called a double-edged sword.

The capacity of democratized technology to either free people or control them often seems balanced in such a way that new technologies can be validly heralded as liberators or as enslavers, depending on one’s own personal experience with them. However, in spite of this duality, the overwhelming direction does seem to go towards empowering the individual rather than the state. After all, as Snowden so succinctly put it, he did “win”. We know the era of powerful states and monolithic corporations dictating the capabilities of the individual is coming to an end, as what could be called a libertarian or DIY culture is taking hold instead. As Kevin Kelly has put it, technology possesses its own will, and a specific preference for greater freedom.

The fear that advanced technology plays only into the hands of elites to the disadvantage of most of the world is quite common among progressives, as has been described by the IEET’s James Hughes. In reality, the alarmists who signal dangers and negative political outcomes from emerging technologies are missing a big piece of the puzzle. This piece is already forcing itself on us increasingly in the headlines, showing that our era’s defining technologies actually have far more potential to empower and liberate the masses of people now than ever before in history.

Further, the liberation is much more likely to ensue if technologies can advance in a maximally unregulated and un-policed manner. A democratic explosion of liberating technology is possible in the lives of the voiceless and worst-off people in the world, and several emerging technologies could feature significantly in that explosion.

To understand this possibility, it is important to direct our attention to two different kinds of disparity in the world. The first is the inequality that makes the citizens of a country voiceless and powerless in the face of the power of a strong state and massive corporations. The second is the inequality between the weak states or regions and the strong states or regions of the world-economy.

Both of the two arenas suggested above appear to be related. Strong states and corporations benefit exclusively from the system, and find the justification for their power in a global division of labor that says a cherished few can produce things of more value than the other countries. This division of labor exploits the weaker peripheral majority of the world as unrewarded instruments in the global production process, while the high-tech sophisticated work that is maximally profitable remains in the rich minority spaces of strong states and firms. With the club of powerful states and firms essential to the functioning of the world-system, trends that weaken the traditional power of the nation-state or cause rewards to be more equitably distributed are direct threats to the survival of the current global mode of production.

Already, the state is threatened by its inability to control the world of information, which German Chancellor Angela Merkel was mocked for calling “neuland” or “virgin territory.” As idiosyncratic as her choice of words may have seemed, it reflects the attitude of many heads of state. Former French President Nicolas Sarkozy had already used almost exactly the same meaning when describing the internet. The ongoing digitization of politics may appear to be unrelated to the world-economy, but it is relevant, because it betrays the worsening ability of powerful states to stay in control of decisive technologies in the long term, as we shall see.

Many progressives and critics of modern society see advanced and emerging technologies as inherently benefiting only powerful and elitist goals. However, as James Hughes argues in Citizen Cyborg, much of this view is simply not rational and leans towards a primitivist stance on modern industrial developments. It also adheres to an old-fashioned way of thinking that was true in a time when all the decisive technologies were unwieldy and had to be rigidly controlled or sanctioned by governments and powerful monopolistic firms to even be operated with any efficacy.

In attempting to rein in technology now, states and corporations will increasingly find themselves having to appeal to emotional or outright fabricated security concerns to maintain their profits. As patents and other forms of protection are increasingly circumvented by the geeks, pirates, cyber-idealists, Assanges and Snowdens being created by the internet culture, the only defense for statist and corporate interests will be to call these troublesome individuals security threats. By saying a radical new technology could become a threat, e.g. it could be used by terrorists, it could be hacked, there could be an accident, etc. powerful regimes and firms give themselves a convenient mandate to keep their technologies in their own hands, behind their walls, and prevent them from getting out to empower the public or weaker regimes such as those in the Global South. Regimes in the Global South must be weak for the present world-economy to function, so painting an empowered Global South as a deadly and irresponsible threat is probably going to be increasingly necessary for the Global North to maintain its privileges. By appealing to this narrative, the dominant states and firms will become true “luddites”: they are going to smash (discredit) the technologies they don’t like, so they get to keep their job (dominating the profitable production processes).

Increased numbers of progressives do overwhelmingly recognize the powerful potential of the internet to empower the public and traditionally weaker sections of global society. In fact, the internet has made a huge impact on the history of protest and the history of dissent, making it indispensable to progressive causes and the alternate media endorsed by progressives. However, progressive support for other areas of the democratization of technology and freedom of world-liberating technologies from regulation and authoritarian policing is very thin (just consider their responses to GM technology).

Reservations held by progressives about emerging technologies are not very consistent with the view of the internet as a useful political instrument. Many lack the understanding that the internet is not a fluke in technology, but part of a larger trend. Progressives would do best to learn the trend set by the internet, and adopt an anarchic view of technology as something that is becoming overwhelmingly liberating and increasingly easy for the common people to conquer and use for themselves.

A number of emerging technologies have high democratic value, being set to liberate and empower people more rapidly than ever in history. From personal computers to 3D printers, nanotechnologyand perhaps the salient breakthroughs of synthetic biology, the one thing all the big advancements in emerging technologies today have in common is that they do not have any great need to be monopolized by governments and corporations. Possibly the most important observation of their democratic potential is that these devices all seem to have the potential to copy themselves. Synthetic organisms may be the first man-made products to have this ability, while other man-made things do not. They may not need to be supplied or replaced by any authority or special provider. In theory, such devices could be leaked once and become rapidly available everywhere, just as information can be rapidly pirated and circulated on the internet every day.

The global division of labor, and by extension the massive inequality in terms of rewards in the present world-system, would face an existential threat from the leaking of decisive emerging technologies. World inequality, if it is a product of a large division of labor, would not survive the leaking and decentralization of a generation of advanced self-replicating, redundant manufacturing technologies into the poorer parts of the world-economy.

The last line of defense available to states and massive corporations, to protect against their privileged economic and political positions being damaged by the circulation of self-sustaining technologies, would be for them to rant about security and try to whip up paranoia. If they do so, then the security concerns about emerging technologies will come to be seen by many as the discourse to create authoritarian controls over who can and who can’t have something. At that time, there would be no doubt that the true luddites interfering in the inevitable course of technology are the rich and powerful – not the poor and disenfranchised.

To sum up, there is a trend of techno-liberation set to break a number of emerging technologies free. Many remain the apparent trademarks of powerful companies at present, but still they carry powerful democratic potential even as they remain locked in the Pandora’s Box of security arguments and fears. People who care about subverting global inequality should not be deterred by such rhetoric.

They should covet emerging technologies, such as synthetic organisms, as a gift and a perfect means of liberation for the poorer parts of the world-economy. This should be pursued without hesitation, in the hope that yet more democratic opportunities like the internet will surface and become available to the world’s marginal and oppressed people.