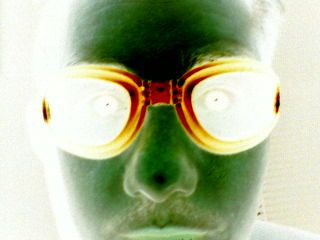 The headlines pound away at us day after day with ominous news. Ebola has the potential to spread around the globe through rapid transport on airplanes, trains and automobiles. The United States Centers for Disease Control (CDC) and other health experts do not recommend shutting down air travel from West Africa. “If you try to shut down air travel and sea travel, you risk affecting to a huge extent the economy, people’s livelihoods and their ability to get around without stopping the virus from traveling,” said Greg Hartl, a World Health Organization spokesperson.

In a recent poll, a majority of Americans believe air travel restrictions are a necessity to stop the spread of Ebola in the United States. In fact, 56 percent said the federal government should bar those who have “recently” been in Ebola nations from entering the U.S. It is obvious we must find better ways to use technology to our advantage to detect people who are showing symptoms of the virus. This is where augmented reality and wearable technology can improve our detection rate of sick people stricken with Ebola.

Currently Ebola screening is taking place at five United States airports: Newark, Atlanta, Chicago, New York and Washington. US government officials claim that 95% of travels from West Africa would go through those airports to enter the United States. Once a traveller passed a screener check-point, they would be free to enter the US without being monitored after that point.

Recent promising technology developments show that thermal imaging devices can be attached to smartphones for use. Common sense would dictate that if we can leverage thermal imaging devices on smartphones that we can also use Augmented Reality (AR) wearable glasses for the same use. Meta Space Glasses, Vuzix, Epson, Google Glass and a host of other new wearable AR glasses could create an incredible opportunity to detect people with fevers that may be contagious with the Ebola virus just by looking at them with this promising technology.

FLIR One has an attachable device for the iPhone 5S that can turn it into a thermal imagine device for $349.99. That alone is impressive. This is a tangible use that is already on the market. Redesigning an Augmented Reality use would not be an impossible feat. A key feature, according to some online reviews of the FLIR One, is that the device can determine the temperature of a person or object in view.

I am not an expert in thermal imaging, but current technology should be able to develop an alert of a temperature on a person that exceeds 99 degrees Fahrenheit. If my Augmented Reality thermal imaging glasses detect a person with a heat signature of over 99 degrees Fahrenheit, a digital overlay alert pop-up could appear in front of my eyes. Border Patrol agents, police officers, medical professionals, school officials, and other vital stakeholders could easily monitor areas all over the country and world to be quickly alerted to someone who has a high fever. Many civilians would buy the device just to protect their own family! Medical teams could quickly identify someone who may be infected with the Ebola virus.

This is an incredible opportunity to finally show how Augmented Reality, coupled with other cutting-edge technologies can save countless lives. This solution can permeate throughout the United States and the world. If we look at computer security, a firewall alone is not the best defense to prevent a computer virus. An Intrusion Detection System (IDS) , along with a firewall, can detect suspicious traffic within a computer network and thwart a serious breach of security. AR thermal imaging glasses tweaked with accurate temperature alerts can be our Ebola IDS system which we desperately need.

The clock is ticking and we need to think outside the box to protect our communities and our families. The Augmented Reality community is an international group that has been pushing AR in a positive direction. It is our moment to shine and step up in this challenging time in history. The future of humanity may depend on it.

[Update 10/18/14] — Augmented Legality Expert Brian Wassom responded to this article and discussed some of the legal ramifications of scanning someone with a thermal imaging device. Click HERE for his legal insight.

Brian Wassom also alerted me to a new thermal imaging device that rivals the FLIR One called the Seek Thermal Infared camera for smartphones for $199. Thanks to Twitter user @seeingwithsound. Wired.com reviews the device. What is interesting is that you can set the device to scan for skin temperatures of humans.

AR expert Frank Maggiore also advised me of the IR-Blue DM which also “connects using Bluetooth to your iPhone or Android device to show the temperature readings as colors on the screen” for $195. This clearly shows there are new options of devices on both Android and iOS to potentially use to stop Ebola.

Joseph Rampolla is a police Captain who has been teaching in the realm of cyber-crime, counter-terrorism, and emerging technologies. His passion is to teach about the positive uses of emerging technologies while raising awareness to the potential downside of innovation. He has dedicated his life to teaming up with eWarriors and Lifeboat supporters around the globe to protect the innocent in this lifelong mission. ” The greatest use of life is to spend it for something that will outlast it.” by William James is one of his favorite quotes.

Joseph currently is the host of a global podcast called Augmented Reality Dirt. AR Dirt explores how augmented reality influences society, cyber-crime, and our legal system. AR Dirt has listeners in over 99 countries and can be heard free via iOS, Android, and Window devices. Go to www.ARdirt.com/ourapp to find out how to download it for free on your smartphone or tablet.