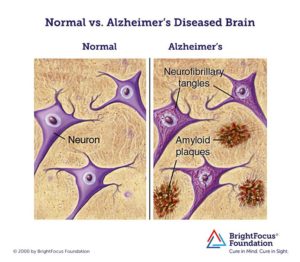 What is Alzheimer’s disease?

Alzheimer’s is a slowly progressive disease that causes the loss of memories and cognitive function. It is the most common form of dementia and accounts for 60 to 80% of cases.

Alois Alzheimer is credited as documenting the first published case of “presenile dementia.” Later his colleague Kraepelin would identify it as Alzheimer’s disease.

Present treatments for Alzheimer’s are currently ineffective in reversing the effects of Alzheimer’s disease. For well over a decade research has suggested that the precursor of the β-amyloid is implicated in the BACE1 enzyme. Current BACE1 inhibitory drugs are in development to help patients with Alzheimer’s disease.

Xiangyou Hu, pHd and team generated BACE1 conditional knockout (BACE1fl/fl) mice in order to mimic the inhibition of BACE1 in adults. In order to induce the deletion of BACE1 through genetic modification the team also bred BACE1fl/fl mice with ubiquitin-CreER (a genetic inhibitor) after passing early developmental stages.

The reversal of amyloid deposition was the result of sequential and increased deletion of BACE1 in an adult AD mouse model 5xFAD. 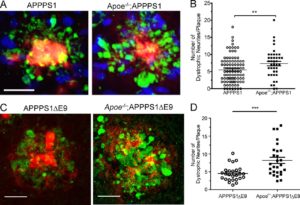 Thus another result of this reversal saw an improvement in less neurotic dystrophy. Moreover, as determined by experiments of contextual fear conditioning and by long-term potentiation, there was vast improvement in synaptic functions.

The results indicate that the reversal of Beta-amyloid deposition through the inhibition of BACE1 in AD mouse models will provide insight for the proper use of BACE1 inhibitor in human patients.