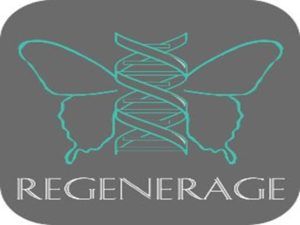 “We are very excited about this collaboration with RegenerAge SAPI de CV,” said Ira S. Pastor, CEO, Bioquark Inc. “The natural synergy of our cellular and biologic to applications of regenerative and rejuvenative medicine will make for novel and transformational opportunities in a range of degenerative disorders.”

As we close in on $7 trillion in total annual health care expenditures around the globe ($1 trillion spent on pharmaceutical products; $200 billion on new R&D), we are simultaneously witnessing a paradoxical rise in the prevalence of all chronic degenerative diseases responsible for human suffering and death.

With the emergence of such trends including: personalization of medicine on an “n-of-1” basis, adaptive clinical design, globalization of health care training, compassionate use legislative initiatives for experimental therapies, wider acceptance of complementary medical technologies, and the growth of international medical travel, patients and clinicians are more than ever before, exploring the ability to access the therapies of tomorrow, today. 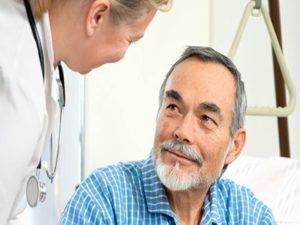 The estimate of the current market size for procedural medical travel, defined by medical travelers who travel across international borders for the purpose of receiving medical care, is in the range of US $40–55 billion.

Additionally, major clinical trial gaps currently exist across all therapeutic segments that are responsible for human suffering and death. Cancer is one prime example. As a leading cause of morbidity and mortality worldwide for many decades, today there are approximately 14 million new cases diagnosed each year, with over 8 million cancer related deaths annually. It is estimated that less than 5% of these patients, take the initiative to participate in any available clinical studies.

“We look forward to working closely with Bioquark Inc. on this exciting initiative,” said Dr. Joel Osorio, Chief of Clinical Development RegenerAge SAPI de CV. “The ability to merge cellular and biologic approaches represents the next step in achieving comprehensive regeneration and disease reversion events in a range of chronic diseases responsible for human suffering and death.”

About Bioquark, Inc.
Bioquark Inc. is focused on the development of natural biologic based products, services, and technologies, with the goal of curing a wide range of diseases, as well as effecting complex regeneration. Bioquark is developing both biological pharmaceutical candidates, as well as products for the global consumer health and wellness market segments.

RegenerAge SAPI de CV is a novel clinical company focused on translational therapeutic applications, as well as expedited, experimental access for “no option” patients, to a novel range of regenerative and reparative biomedical products and services, with the goal of reducing human degeneration, suffering, and death.

As recently as 50 years ago, psychiatry lacked a scientific foundation, the medical community considered mental illness a disorder of the mind, and mental patients were literally written off as “sick in the head.” A fortunate turn in progress has yielded today’s modern imaging devices, which allow neuroscientists and psychiatrists to examine the brain of an individual suffering from a mental disorder and provide the best treatment options. In a recent interview, Columbia University Psychiatry Chair Dr. Jeffrey Lieberman stated that new research into understanding the mind is growing at an accelerated pace.

Lieberman noted that, just as Galileo couldn’t prove heliocentrism until he had a telescope, psychiatry lacked the technological sophistication, tools, and instruments necessary to get an understanding of the brain until the 1950s. It wasn’t until the advent of psychopharmacology and neuroimaging, he said, that researchers could look inside the so-called black box that is the brain.

“(It began with) the CAT scan, magnetic resonance imaging (MRI) systems, positron emission tomography (PET scans) and then molecular genetics. Most recently, the burgeoning discipline of neuroscience and all of the methods within, beginning with molecular biology and progressing to optogenetics, this capacity has given researchers the ability to deconstruct the brain, understand its integral components, its mechanisms of action and how they underpin mental function and behavior,” Lieberman said. “The momentum that has built is almost like Moore’s law with computer chips, (and) you see this increasing power occurring with exponential sort of growth.”

Specifically, the use of MRIs and PET scans has allowed researchers to study the actual functional activity of different circuits and regions of the brain, Lieberman noted. Further, PET scans provided a look at the chemistry of the brain, which has allowed for the development of more sophisticated pathological theories. These measures, he said, were used to develop treatments while also allowing measurement of the effectiveness of both medication-based therapies and psychotherapies.

As an example, Lieberman cited the use of imaging in the treatment of post-traumatic stress disorder (PTSD). The disorder, a hyperarousal that chronically persists even in the absence of threatening stimulation, is treated through a method called desensitization. Over time, researchers have been able to fine-tune the desensitization therapies and treatments by accessing electronic images of the brain, which can show if there’s been a reduction in the activation of the affected amygdala.

Lieberman noted that despite progress in this area, technology has not replaced interaction with the individual patient; however, as technology continues to evolve, he expects the diagnoses of mental disorders to be refined.

“By the use of different technologies including genetics (and) imaging, including electrophysiological assessments, which are kind of EEG based, what we’ll have is one test that can confirm conditions that were previously defined by clinical description of systems,” Lieberman said. “I think, of all the disciplines that will do this, genetics will be the most informative.”

Just as genetics is currently used to diagnose cancer using anatomy and histology, Lieberman said the expanding field is helping researchers distinguish mental illness in individuals with certain genetic mutations. He expects that in the future, doctors will use “biochips” to routinely screen patients and provide a targeted therapy against the gene or gene product. These chips will have panels of genes known to be potentially associated with the risk for mental illness.

“Someone used the analogy of saying the way we treat depression now is as if you needed to put coolant into your car. Instead of putting it into the radiator, you just dump it on the engine,” he said. “So genetics will probably be the most powerful method to really tailor to the individual and use this technique of precision and personalized medicine.”

Lieberman also sees additional promise in magnetic stimulation, deep brain stimulation through the surgical implanting of electrodes, and optogenetics. Though he has plenty of optimism for these treatments and other potential treatments for mental illness, much of their continued growth may hinge on government policy and budgets. Recent coverage of gun violence in the United States, and a public call for better means by which to screen individuals for mental health inflictions, may be an unfortunate catalyst in moving funding forward in this research arena. A recent article from the UK’s Telegraph discusses Google’s newfound interest in this research, with former US Head of the National Institute of Mental Health now in a position at Google Life Sciences.

“Science, technology and healthcare are doing very well, but when it comes to the governmental process, I think we’re in trouble,” he said. “A welcome development in this regard is President Obama’s Human Brain Initiative, which if you look at the description of it, (is) basically to develop new tools in neurotechnology that can really move forward in a powerful way of being able to measure the function of the brain. Not by single cells or single circuits, but by thousands or tens of thousands of cells and multiple circuits simultaneously. That’s what we need.”