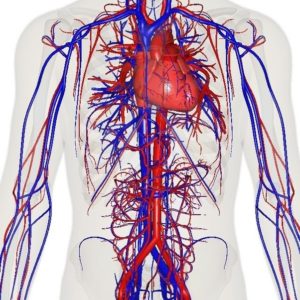 Investigators at Harvard Medical School have identified the key cellular mechanisms behind vascular aging and its effects on muscle health, and they have successfully reversed the process in animals.

The scientists used a chemical compound that’s an NAD+ booster called NMN which plays a critical role in repairing cellular DNA as well as maintaining cell vitality to test what would happen.

Could reversing the aging of blood vessels hold the key to restoring youthful vitality? If the old adage “you are as old as your arteries” reigns true then the answer is yes, at least in mice.

According to a new study by Harvard Medical School researchers, they have identified the cellular mechanisms that cause the aging of vascular arteries as well as the effects of such aging on the health of muscles. The Medical team was also able to successfully reverse this aging process.

What these findings seem to indicate is that there’s a glitch in the normal crosswalk between both muscles and blood vessels and keeping both tissues healthy. The scientists were also able reverse the demise of blood vessels and muscle atrophy in the aging mice by using the synthetic precursors of two molecules naturally present in the body. This boosted their exercise endurance in the process.

The Medical team is excited because such a breakthrough will now pave the way to identifying new therapies for humans.

Study senior investigator David Sinclair, professor in the Department of Genetics at Harvard Medical School and co-director of the Paul F. Glenn Center for the Biology of Aging at Harvard Medical School stated “we’ve discovered a way to reverse vascular aging by boosting the presence of naturally occurring molecules in the body that augment the physiological response to exercise.”

Because there are some very important differences in biology between humans and mice there’s a possibility that this treatment may not have the same effect in humans. Nonetheless, the research team plans to follow through with human clinical trials because the results of this experiment were important enough to prompt the research team in doing so.

Sinclair, who is also a professor at the University of New South Wales School of Medical Sciences in Sydney, Australia stated, “the approach stimulates blood vessel growth and boosts stamina and endurance in mice and sets the stage for therapies in humans to address the spectrum of diseases that arise from vascular aging.”

One of the side effects of aging is reduced blood flow and the compromise of oxygenation of organs and tissue because our tiniest blood vessels began to wither and die. Cardiac and neurologic conditions, muscle loss, impaired wound healing and overall frailty, and among other things are the results of vascular aging. As these blood vessels die there’s a loss of blood flow to organs and tissues which causes toxins build-up and a loss of oxygen.

For quite some time scientists have known the essential role that endothelial cells, which line blood vessels, play in the health and growth of blood vessels that supply oxygen-rich and nutrient-loaded blood to organs and tissues. Unfortunately, as with all things on the human body, these endothelial cells age having a detrimental effect on the body. New blood vessels fail to form, blood vessels atrophy, and the overall blood flow to most parts of the body diminishes. This has a powerful impact on muscles, which heavily rely on robust blood supply to function because they’re heavily vascularized.

Typically we exercise in hopes of slowing down sarcopenia, but unfortunately even that doesn’t last forever. Gradually our muscles grow weaker and begin to shrivel as part of the aging process.

What precisely curtails the blood flow and precipitates this unavoidable decline? Why does even exercise lose its protective power to sustain muscle vitality? Is this process reversible? There were some of the leading questions Sinclair and team had.

Sinclair and his team discovered through a series of experiments that the flow of blood is reduced as endothelial cells start to lose a critical protein known as sirtuin1, or SIRT1. SIRT1 delays aging and extends life in yeast and mice as shown in previous studies.

Research done previously by Sinclair and others has shown that NAD+ boosts the activity of SIRT1. SIRT1 loss is a result of the loss of NAD+, which is a key regulator of protein interactions and DNA repair that was identified more than a century ago. As NAD+ declines with age so does the protein SIRT1.

The results showed that the critical interface that enables the conversation between endothelial cells in the walls of blood vessels and muscle cells is provided by NAD+ and SIRT1.

SIRT1 signaling is activated and generates new capillaries, the tiniest blood vessels in the body that supply oxygen and nutrients to tissues and organs in young mice muscles. As the mice aged, however, the study found that muscle tissue was left nutrient-deprived and oxygen-starved as a result in the diminishment of NAD+ and SIRT1.

The researchers hope that their findings may pave the way to therapeutic advances that hold promise for the millions of older people for whom regular physical activity is not an option.

Abhirup Das, the studies first author, who conducted the work as a post-doctoral fellow in Sinclair’s lab, currently a visiting scholar in genetics at Harvard Medical School and a post-doctoral research fellow at the University of South New Wales School of Medical Sciences, said that “we reasoned that declining NAD+ levels reduce SIRT1 activity and thus interfere with aging mice’s ability to grow new blood vessels.”

The researchers then set their sights on the NAD+, which is a critical coenzyme for enzymes that fuel reduction-oxidation reactions, carrying electrons from one reaction to another, and as a cosubstrate for other enzymes such as the sirtuins and poly(adenosine diphosphate-ribose) polymerases.

The scientists used a chemical compound that’s an NAD+ booster called NMN (no not m&m!) which plays a critical role in repairing cellular DNA as well as maintaining cell vitality to test what would happen.

One of the results showed that treatment from NMN caused endothelial cells from humans and mice to have strong growth capacity and reduced cell death.

The team then wondered what would happen to a group of mice that were 20 months old—the rough equivalent of 70 in human years given NMN. After a 2 month time span the results showed that NMN treatment restored the number of blood capillaries and capillary density to those seen in younger mice. Blood flow to the muscles also increased and was significantly higher than blood supply to the muscles seen in same-age mice that didn’t receive NMN.

That wasn’t the most surprising result to the researchers however. What they discovered was that the aging mice showed in comparison to the entreated mice that they regained the capacity to exercise by 56 and 80% more. The untreated mice could only run 240 meters, or 780 feet, on average whereas the mice treated with NMN could run 430 meters, or about 1,400 feet, on average. This treatment could be an answer to humans who have lost the capacity to exercise due to other disabilities or age-related diseases.

The next step for the researchers was to explore methods for boosting the activity of SIRT1. To do this the researchers added a second compound NaHS, sodium hydrosulfide, which is known to be a precursor of SIRT1.

For four weeks a group of mice that were 32-month-old mice—the rough equivalent to 90 in human years—receiving the combo treatment. The results were significant! Not only were the mice able to run longer and faster but they were able to outperform the untreated mice by a longshot. The treated mice ran 1.6 times further than the untreated mice.

Study co-author James Mitchell, associate professor of genetics and complex diseases at the Harvard T. H. Chan School of Public Health stated that “these are really old mice so our finding that the combo treatment doubles their running capacity is nothing short of intriguing.”

“This observation underscores the notion that age plays a critical role in the crosstalk between blood vessels and muscles and points to a loss of NAD+ and SIRT1 as the reason behind loss of exercise effectiveness after middle age,” Das said.

One of the ultimate goals for the team is to eventually move forward in developing small-molecule, NMN-based drugs that mimic the effects of exercise—enhanced blood flow and oxygenation of muscles and other tissues. Though they must first replicate their findings first. Such therapies could potentially help with new vessel growth of organs that suffer tissue-damaging loss of blood supply and oxygen, a common scenario in heart attacks and ischemic strokes, the team said.