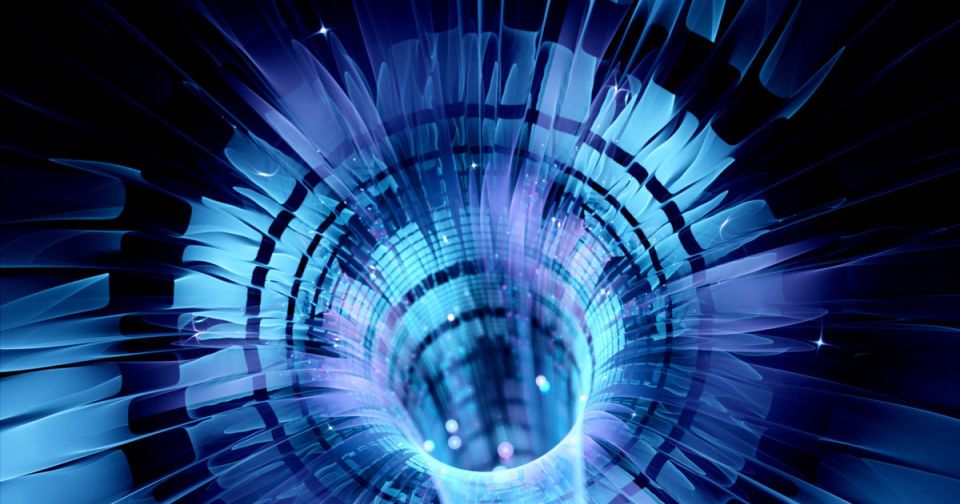 Quantum teleportation, the act of reconstructing quantum data somewhere else, is impressive just by itself. However, scientists at the US’ National Institute of Standards and Technology have managed to one-up that feat. They’ve broken the distance record for quantum teleportation by transferring the information from one photon to another across 63 miles of optical fiber. That may not sound like much, but it’s an achievement just to beam that data in the first place — 99 percent of photons would never make the complete trip. It was only possible thanks to newer detectors that could pick up the faint signal of the lone light particle.

You’d clearly need to send much more information before this teleportation becomes practical, but the achievement does open the door to many possibilities in quantum computing. You could use unbreakable quantum encryption at inter-city distances, for instance. The biggest challenge may simply be to extend the range to the point where quantum data transfers work on the scale of the internet, where there are occasionally thousands of miles between connections. 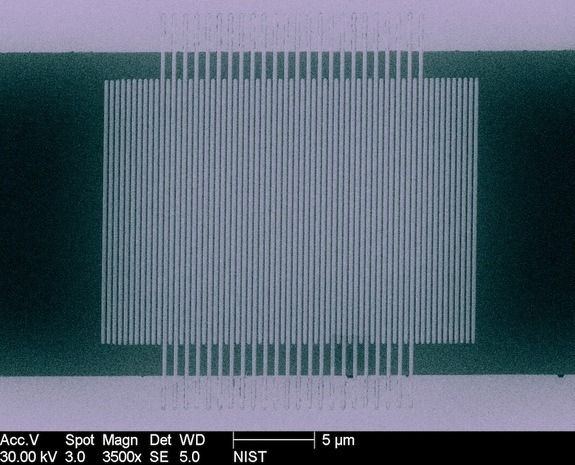 You’ve gotta love Star Trek, but there is absolutely NO WAY I’d ever set foot in a real teleportation device! (if one ever really got made, of course) Call me crazy, but I’m kinda partial to keeping my molecular cohesion as intact as possible, which kinda rules out having it ripped apart and remade on the other side.

A record-breaking distance has been achieved in the bizarre world of quantum teleportation, scientists say.

The scientists teleported photons (packets of light) across a spool of fiber optics 63 miles (102 kilometers) long, four times farther than the previous record. This research could one day lead to a “quantum Internet” that offers next-generation encryption, the scientists said.

Teleporting an object from one point in the universe to another without it moving through the space in between may sound like science fiction pulled from an episode of “Star Trek,” but scientists have actually been experimenting with “quantum teleportation” since 1998. [Twisted Physics: 7 Mind-Blowing Findings].

Technically Incorrect: In a conversation with Neil DeGrasse Tyson, the Moscow-based NSA whistleblower offers his views on interplanetary communication. He fears their communication may be encrypted, so we’re missing it. 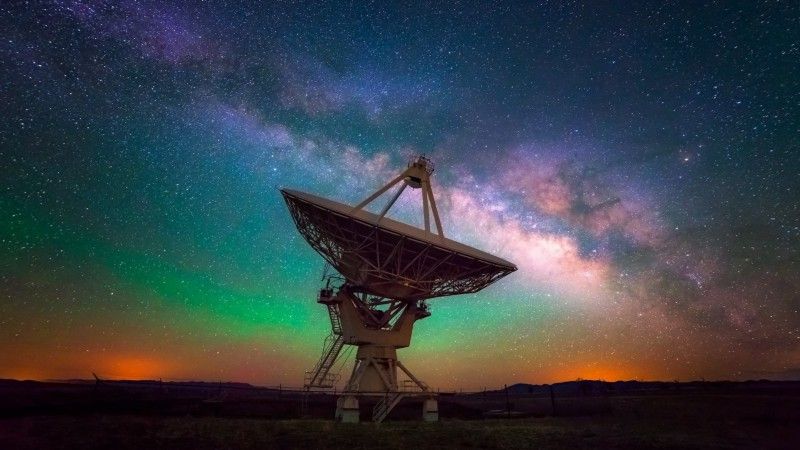 Neil deGrasse Tyson and Edward Snowden recently discussed the idea that encryption mechanisms with advanced extraterrestrial species and humans could theoretically render communication as indistinguishable from cosmic background radiation. With only a short period of time in a species growth where open communication is broadcast to the stars (through the sluggish and primitive nature of radio broadcasts), this could prevent us (or other species) from making contact with one another.

With the Drake Equation stating a high probability of communicative extraterrestrial civilizations and the contrasting Fermi Paradox citing lacking evidence of such, it begs the question of whether outlying reasons have an impact. In my opinion, the Drake Equation rings true in the sense that hundreds of billions of stars exist in our galaxy alone (many with their own diverse planetary bodies), setting the stage for extraterrestrial life to disavow itself as insatiable ramblings. Unlike that which is eminent in the Fermi Paradox, I believe, in this case, a conclusion based off of inductive reasoning seems to hold more water than an evidence-only approach.

Keeping in mind the discussion in The Guardian article, a flaw of the Fermi Paradox’s evidence-based perspective should become apparent: secure, encrypted communication (cloaked by design) would render the existence of extraterrestrial intelligence invisible to the prying ear. If intentional, there could be many reasons for withholding this whereabouts of a species location. An abstract theory from science fiction may itself hold a degree of truth. An example of which, is the video game series ‘Mass Effect,’ where an advanced, sentient machine-race cleanse the galaxy of advanced life every 40,000 years. The reasoning for doing so is to “bring order to chaos” and for reasons “unfathomable.” Be it for an abstract reason such as this or simply for secure communication, the encryption of the resultant transmission’s presence wouldn’t register as noticeable to any observers. As nearly all signs of outside life would be mute, it then lays in the other senses that hold the most promise of enlightenment. 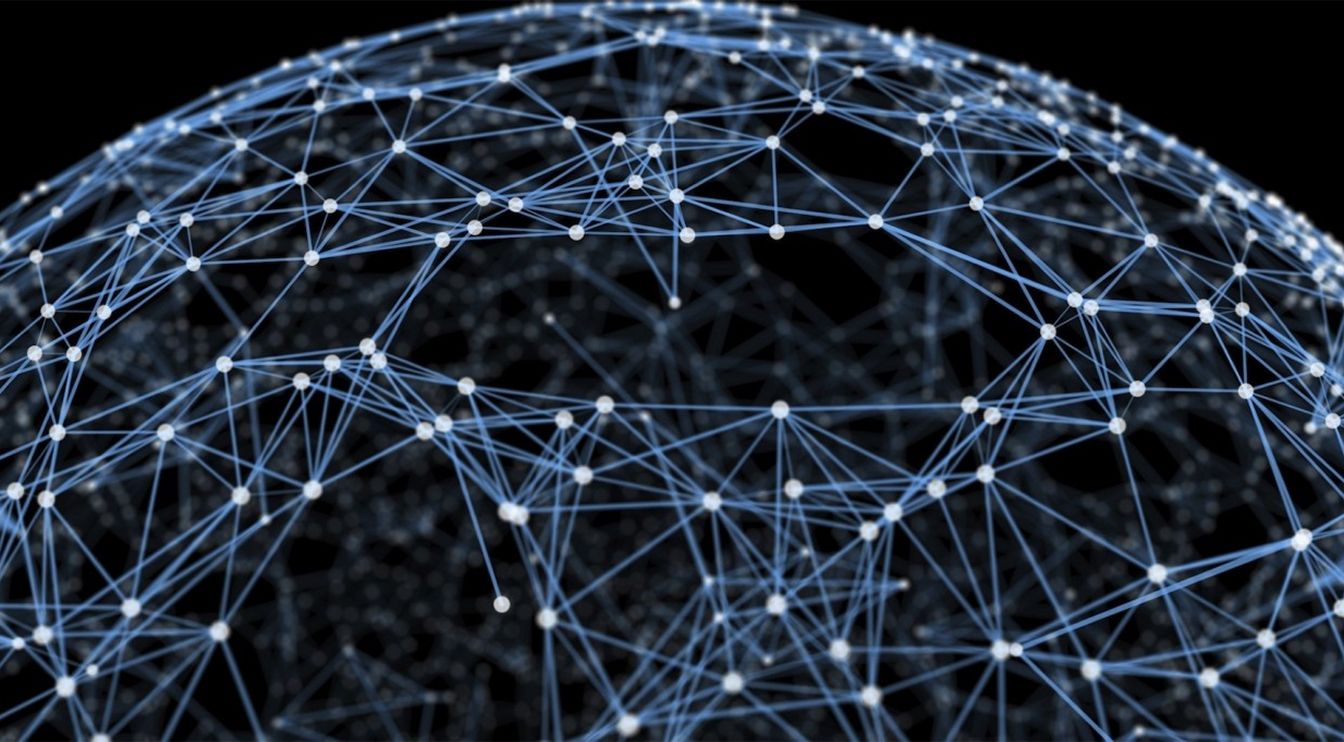 Real world quantum encryption and communication may just have gotten a whole lot closer, with a new super-accurate quantum dot. 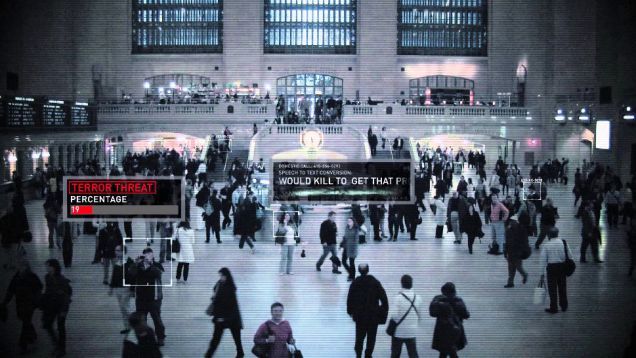 The importance of algorithms in our lives today cannot be overstated. They are used virtually everywhere, from financial institutions to dating sites. But some algorithms shape and control our world more than others — and these ten are the most significant.

Just a quick refresher before we get started. Though there’s no formal definition, computer scientists describe algorithms as a set of rules that define a sequence of operations. They’re a series of instructions that tell a computer how it’s supposed to solve a problem or achieve a certain goal. A good way to think of algorithms is by visualizing a flowchart. 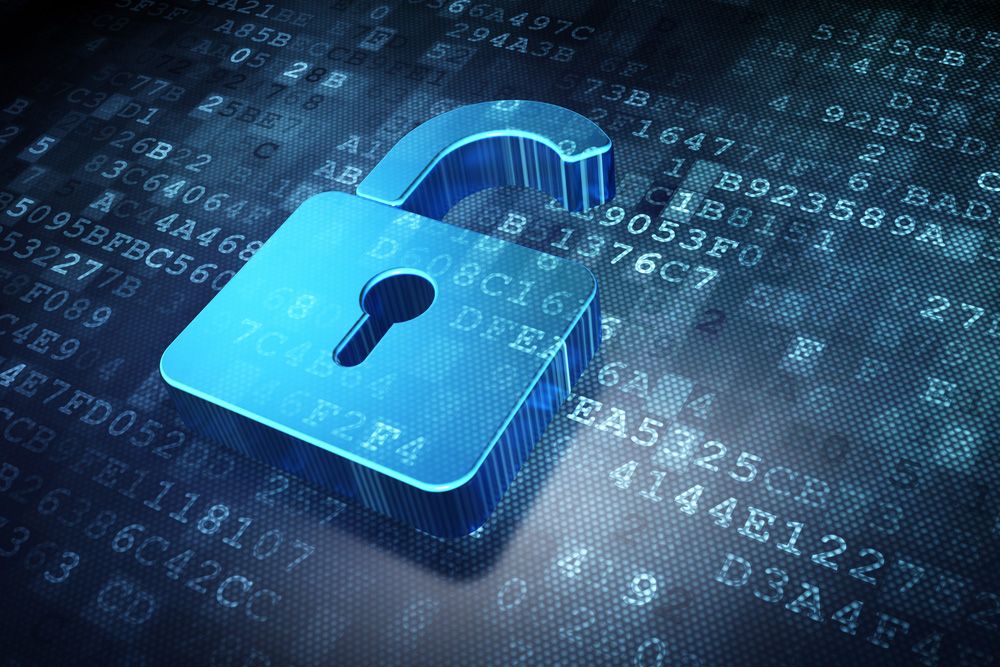 Cryptographers are working on new encryption methods able to protect today’s Internet communications from future quantum computers that can be able to break today’s cryptography techniques. The researchers have developed upgrades to the Internet’s core encryption protocol that will prevent quantum computer users from intercepting Internet communications.

Call it an abundance of caution. A Microsoft research project has upgraded the encryption protocol that secures the Web to resist attacks from quantum computers—machines that are expected to have stupendous power but have never been built.

Governments and computing giants like IBM, Microsoft, and Google are working on quantum computers because tapping subtle effects of quantum physics should let them solve in seconds some problems that a conventional machine couldn’t solve in billions of years (see “Microsoft’s Quantum Mechanics”). That might allow breakthroughs in areas such as medicine or energy. But such machines would also be able to easily break the encryption used to secure information online.

Security pundits know that two factor authentication is more secure than simple passwords. As a refresher, “Factors” are typically described like this:

The Google project may be just another method of factor #2. In fact, because it is small (easily misplaced or stolen), it simplifies but does not improve on security. I suggest a radical and reliable method of authentication. It’s not new and it’s not my idea…

Back in 1999, Hugh Davies (no relation to Ellery) was awarded a patent on a novel form of access and authentication. It capitalizes on the human ability to quickly pick a familiar face out of a crowd. Just as with passwords, it uses something that you know to log in, purchase, or access a secure service. But unlike passwords, the “combination” changes with every use, and yet the user needn’t learn anything new.

Hoping to commercialize the technique, Davies joined another Brit, Paul Barrett, and formed Passfaces (originally, Real User Corporation). Incidentally, it is quite difficult to research Passfaces and its history. Web searches for “face recognition”, “access”, “authentication” and “patent” yield results for a more recent development in which a smart phone recognizes the face of authorized users, rather than users recognizing familiar faces. (Google, Samsung and Apple are all beginning to use face recognition on mobile devices). In fact, the Passfaces method is quicker, uses less resources and is far more reliable.

I have long been disappointed and surprised that the technique has never caught on. It is a terrific method with few drawbacks. Used alone, it is better than other methods of 1 or 2 factor authentication. Add a second factor and it is remarkably secure and robust.

When accessing or authenticating (for example, logging into a corporate VPN or completing a credit card purchase), you are presented with a tiled screen of individual faces. I prefer a big 15×5 grid = 75 images, but Passfaces uses sequential screens of just 9 faces arranged like the number pad on an ATM.

Just click on a few familiar faces. That’s all! Oddly, Passfaces discourages the use of known faces. Their research, with which I respectfully disagree, suggests that users should train themselves to recognize a few faces from the company’s stock library. In my preferred embodiment, users upload a dozen photos of people they know at a glance—preferably, people that they knew in the past: A 3rd grade music teacher, a childhood friend who moved away, the face on an oil painting that hung in the basement until Dad tossed it in the fireplace. Now, add the boss who fired you from your first job, the prom queen who dumped you for a football jock, and that very odd doorman who stood in front of a hotel in your neighborhood for 20 years. Photos of various quality and resolution, but all scaled to fit the grid. Some are black & white, perhaps scanned from an old yearbook.

Using my preferred example of 75 faces, suppose that 5 or 6 of the images are from your personal shoe box of old photos. The rest are randomly inserted from all over the internet. How long would take you to click on 3 of the 5 or 6 familiar faces in front of you? (Remember: They are old acquaintances. Even a spouse would have difficulty picking out 3 faces from your early life—as they looked back then). Surprise! You will click them instantly, especially on a touch screen. You won’t need even a second to study the collage. They jump off the screen because your brain perceives a familiar face very differently and faster than anything else.

Of course, the photo array is mixed in different ways for each authentication and it incorporates different friends from your original upload. In fact, if a user sees the same faces in the next few transactions, it is a red flag. Someone has spied on the process, perhaps with a local camera or screen logger. In legitimate use, the same faces are not recycled for many days and are never shown together on the same screen.

Facebook uses a variant of this technique when their servers sense your attempt to login from new equipment or from another part of the country. They show you individuals that you have friended, but that were uploaded and tagged by other users. If you cannot identify a few of your own friends, especially the ones with which you have frequent social contact, than it’s likely that your login attempt deserves more scrutiny.

I don’t know why Passfaces or something like it has failed to catch fire. Perhaps the inventor refuses to license the method at reasonable cost or perhaps he cannot find a visionary VC or angel consortium to more aggressively promote it. If I had invented and patented facial-array authentication, I would attempt to market the patent for a short time focusing on very large network companies like Microsoft, Google, Cisco or Akamai. If I could not license or sell the patent quickly, I would hesitate to go it alone. (I have tried that route too many times). Instead, I would place it in the public domain and profit by being the first, and most skilled practitioner at deployment. I would train and certify others and consult to organizations that use or commercialize the technology.

I used this approach in promoting my own patent which describes an economic barrier to spam (after failing to exploit the invention with my own company). Later, I started with this approach in my research on Blind Signaling and Response and on Reverse Distributed Data Clouds. I recognized that rapid adoption of transformative technology like facial grid authentication, can be thwarted by defensive IP practice.

« Branching somewhat off topic, a developmental biologist at Imperial College in London, has published a proof that Saira Mohan has the world’s most beautiful face, irrespective of the observer’s race. That’s Saira at left. Her mother is French/Irish and her father is Hindoo.

__________
Philip Raymond is Co-Chair of The Cryptocurrency Standards Association [crypsa.org] and
chief editor at AWildDuck.com. He consults to cloud storage vendors in areas of security, pri–
vacy & network architecture, but has no ties to Passfaces or the authentication community.