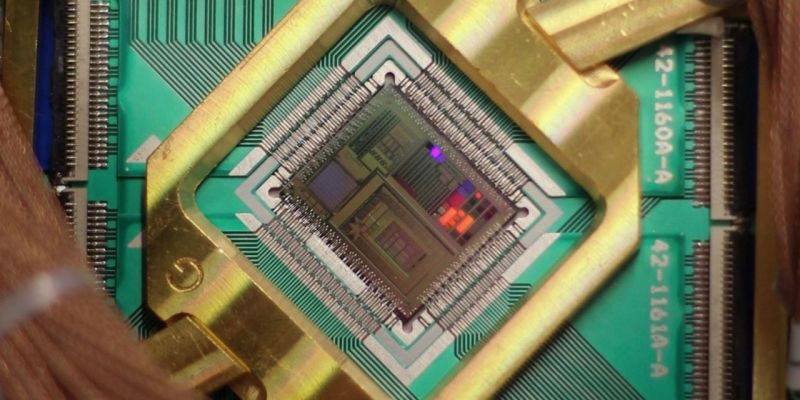 Another article just came out today providing additional content on the Quantum Computing threat and it did reference the article that I had published. Glad that folks are working on this.

The NSA is worried about quantum computers. It warns that it “must act now” to ensure that encryption systems can’t be broken wide open by the new super-fast hardware.

In a document outlining common concerns about the effects that quantum computing may have on national security and encryption of sensitive data, the NSA warns that “public-key algorithms… are all vulnerable to attack by a sufficiently large quantum computer.” 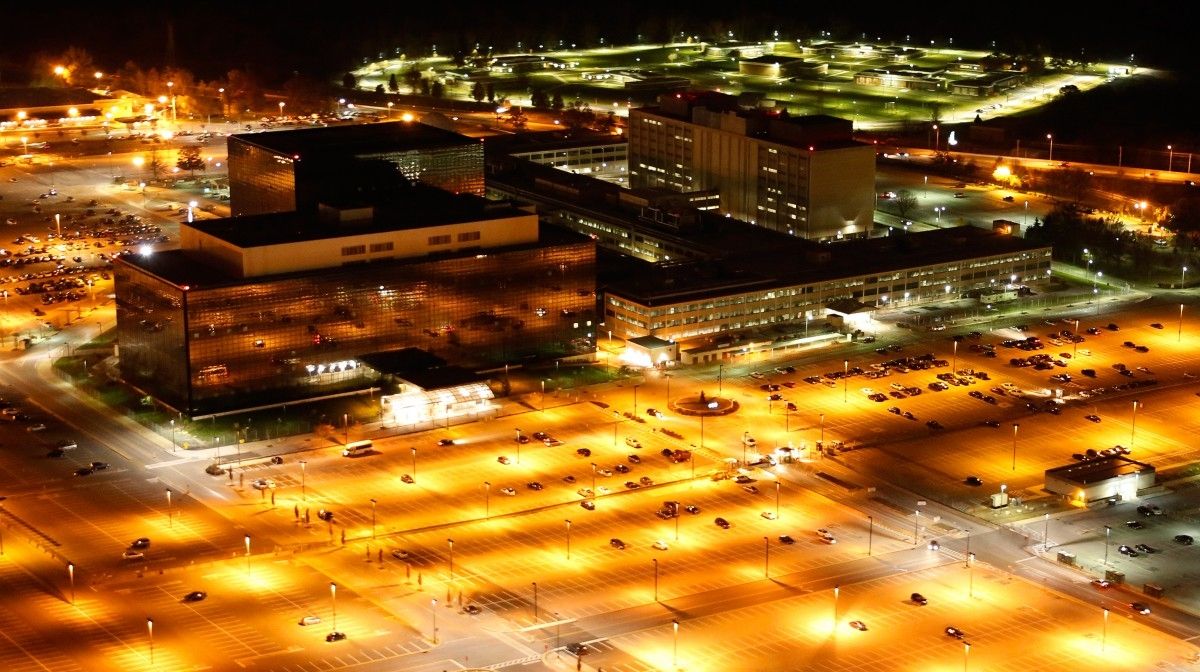 NSA states it must act now against the “Quantum Computing Threat” due to hackers can possess the technology. I wrote about this on Jan 10th. Glad someone finally is taking action.

The National Security Agency is worried that quantum computers will neutralize our best encryption – but doesn’t yet know what to do about that problem.

I do commend Sacramento for trying to put controls in place to reduce human trafficking; will it work?

What if banning smartphone encryption could stem the rising tide of human trafficking, a form of modern-day slavery from which perpetrators force victims to engage in commercial labor services or sex acts against their will?

What happens if the National Park Service fences off scenic lookout points at the Grand Canyon’s south rim near the head of the Bright Angel trail? Would it prevent the occasional suicide jumper? Not a chance. (The National Park Service tried this in the mid 1980s). People will either gore themselves on fences and posts or they will end their lives on the road in a high speed automobile, putting others at risk. Either way, tourists will be stuck with looking at the North Rim and the Colorado River through prison bars.

Let’s move from analogy to reality. What happens if you jam cell phone signals on tunnels and bridges. Will it stop a terrorist from remotely detonating a bomb? No. But it will certainly thwart efforts to get rescue and pursuit underway. And what about personal encryption?…

Gadgets and apps are finally building encryption into their wares by default. Does a locked-down iPhone or the technology that businesses use to secure trade secrets and plan strategy among colleagues enable criminals. Not even close. But if the FBI criminalizes encryption, they cripple the entire American economy. After all, the Genie is already out of the lamp.

Bear with me for just one more analogy (I’m still reaching for the right one): Criminalizing kitchen knives will make cooking impossible and the criminals will still have knives.

The article, below, links to CNN Money. I could not have said it better myself. Actually, I have said this this all along: End-to-end encryption is a good thing for government, businesses and individuals alike. It is communications and storage empowerment.

With this article, you will see that the former NSA director gets it. The current FBI director hasn’t a clue. Ah, well…That’s OK. Some concepts are subtle. For some politicians, an understanding of the practical, personal and sociological implications requires decades of exposure and post-facto reflection.

Memo to FBI director, Jim Comey: Get your head out of the sand and surround yourself with advisers who can explain cause and effect.

The FBI director wants the keys to your private conversations on your smartphone to keep terrorists from plotting secret attacks.

But on Tuesday, the former head of the U.S. National Security Agency… 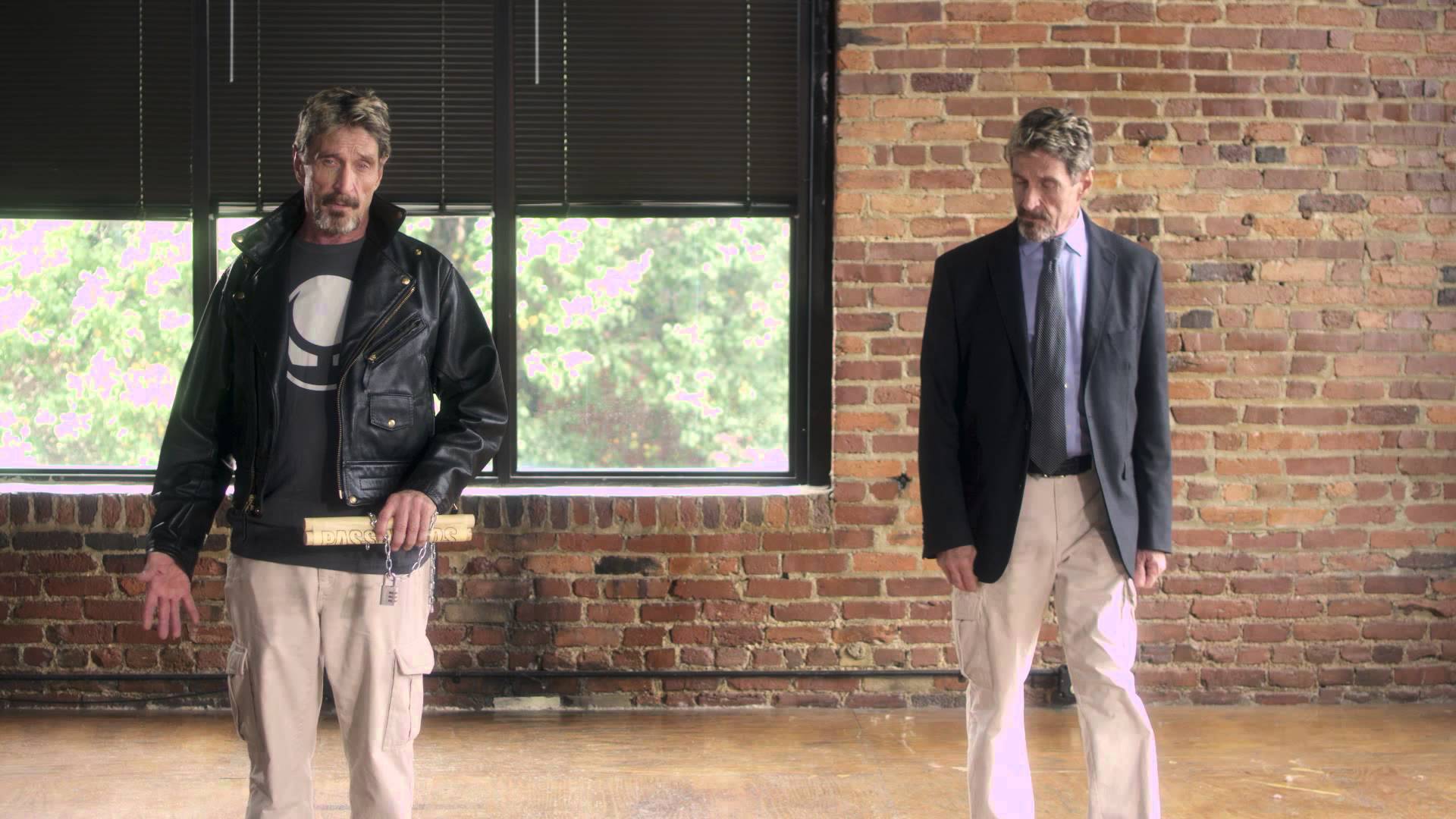 It’s an interesting idea, if not an original one. (it’s not) The problem is that, military grade encryption or not, it would be a single point of failure that could compromise your on AND offline security in one fell swoop.

Fugitive presidential candidate John McAfee is going back to his roots with a new security product that he calls “a f—ing game changer.” 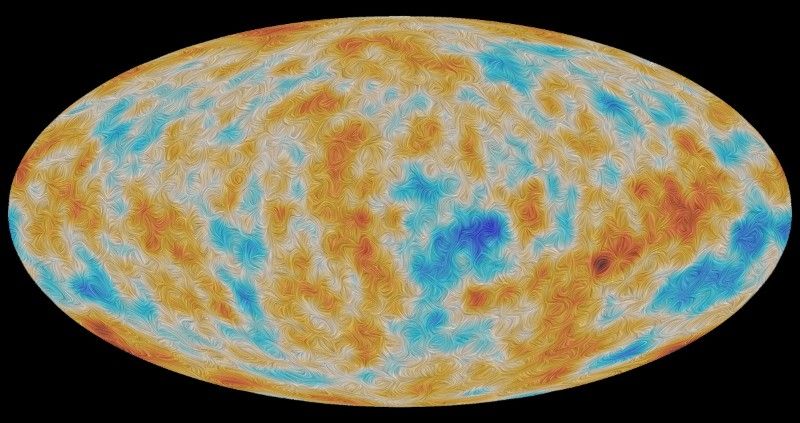 Physicists have come up with a way to make secret codes based on the cosmic microwave background, the afterglow of the birth of the universe. 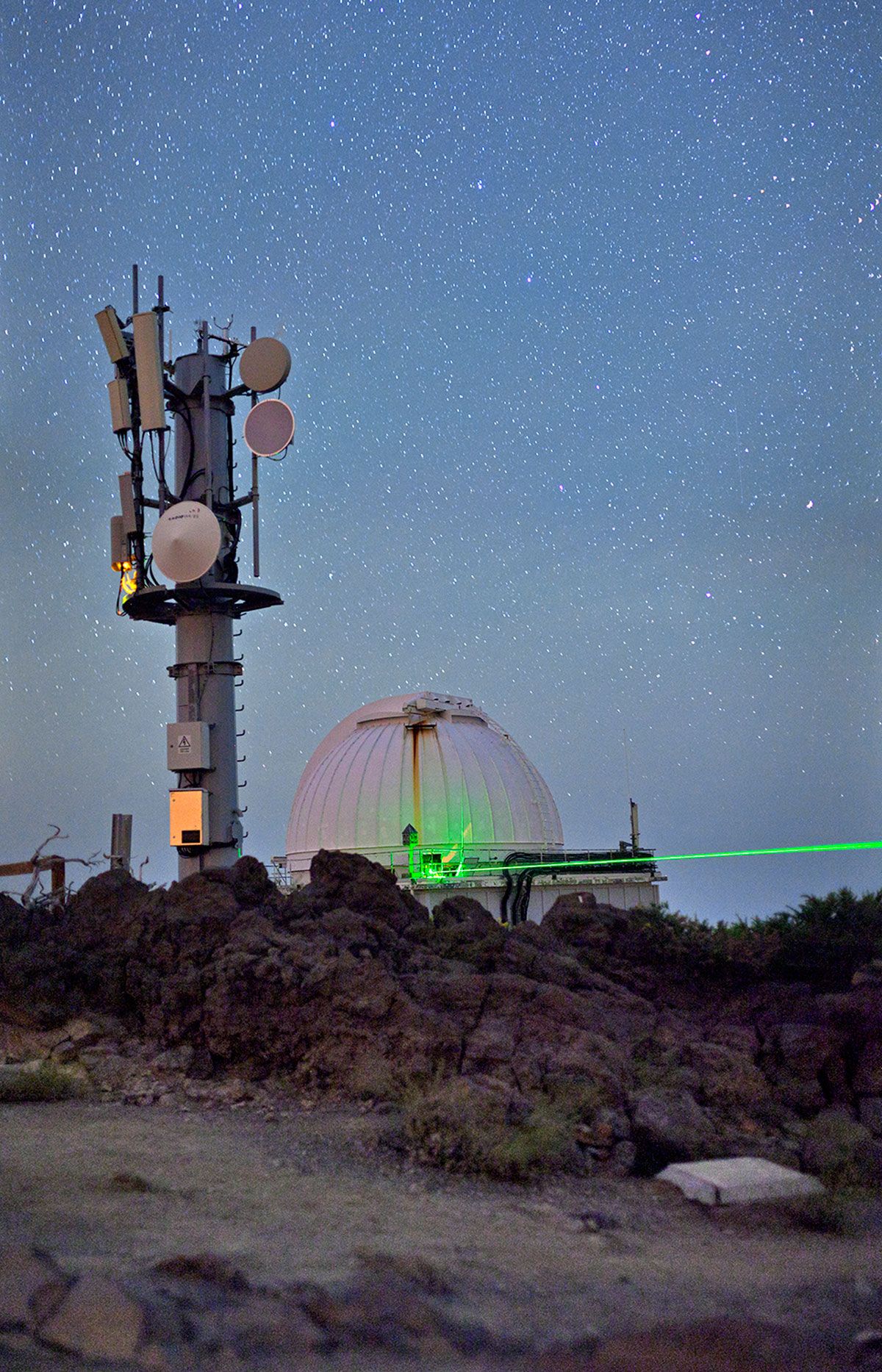 (Phys.org)—” Spooky action at a distance,” Einstein’s famous, dismissive characterization of quantum entanglement, has long been established as a physical phenomenon, and researchers are keen to develop practical applications for entanglement including communication, encryption, and computing.

Quantum entanglement is a phenomenon in which the production or the interactions of a number of particles cannot be described independently of each other, and must instead be described in terms of the whole system’s quantum state.

Two recent experiments with entanglement have been reported in the Proceedings of the National Academy of Sciences, one proving that complex quantum states in photons can be preserved even in turbulent atmospheric conditions; the other demonstrating entanglement swapping between qubits over the 143 kilometers between the Canary Islands and Tenerife.

In one of my first articles for Lifeboat,* I provided an experimental methodology for demonstrating (or proving) the instantaneous ‘communication’ between quantum entangled particles. Even though changes to one particle can be provably demonstrated at its far away twin, the very strange experimental results suggested by quantum theory also demonstrate that you cannot use the simultaneity for any purpose. That is, you can provably pass information instantly, but you cannot study the ‘message’ (a change in state at the recipient), until such time as it could have been transmit by a classical radio wave.

Now, scientists have conducted an experiment proving that objects can instantaneously affect each other, regardless o the distance between them. [continue below] 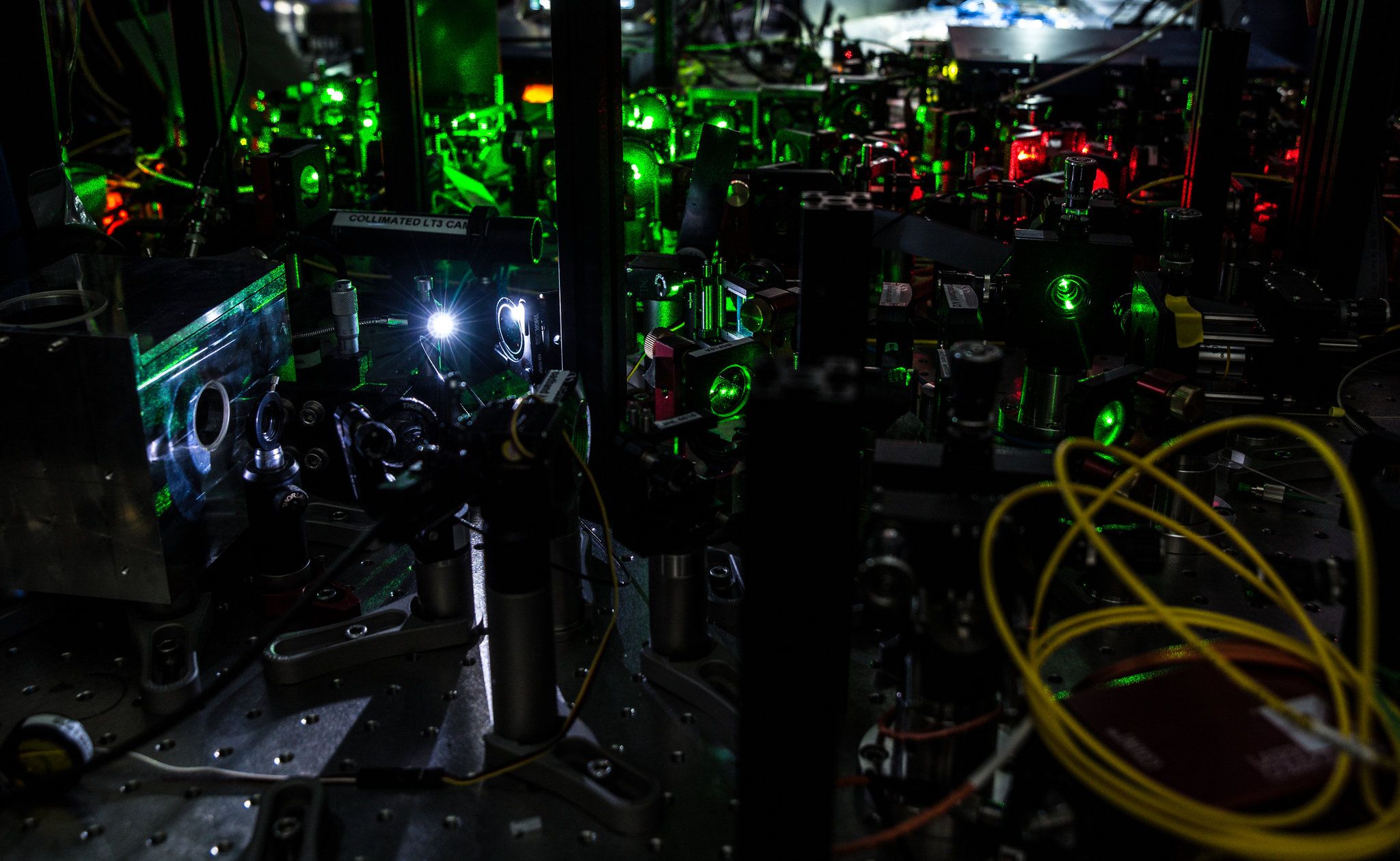 In a landmark study, scientists at Delft University of Technology in the Netherlands reported that they had conducted an experiment that they say proved one of the most fundamental claims of quantum theory — that objects separated by great distance can instantaneously affect each other’s behavior.

The finding is another blow to one of the bedrock principles of standard physics known as “locality,” which states that an object is directly influenced only by its immediate surroundings. The Delft study, published Wednesday in the journal Nature, lends further credence to an idea that Einstein famously rejected. He said quantum theory necessitated “spooky action at a distance,” and he refused to accept the notion that the universe could behave in such a strange and apparently random fashion.

* The original Lifeboat article—in which I describe an experimental apparatus in lay terms—was reprinted from my Blog, A Wild Duck.

A Game Changer in Quantum Computing:
The ingredients for superfast computers could be nearly in place. For the first time, researchers have demonstrated that two silicon transistors acting as quantum bits can perform a tiny calculation.

The advance represents the final physical component needed to realise the promise of super-powerful silicon quantum computers, which harness the science of the very small — the strange behaviour of subatomic particles — to solve computing challenges that are beyond the reach of even today’s fastest supercomputers. Potentially transforming fields like encryption and the search for new pharmaceuticals.

The significant advance, by a team at the University of New South Wales (UNSW) in Sydney appears today in the international journal Nature (“A two-qubit logic gate in silicon”).

“What we have is a game changer,” said team leader Andrew Dzurak, Scientia Professor and Director of the Australian National Fabrication Facility at UNSW.

“We’ve demonstrated a two-qubit logic gate — the central building block of a quantum computer — and, significantly, done it in silicon. Because we use essentially the same device technology as existing computer chips, we believe it will be much easier to manufacture a full-scale processor chip than for any of the leading designs, which rely on more exotic technologies.

“This makes the building of a quantum computer much more feasible, since it is based on the same manufacturing technology as today’s computer industry,” he added.

Suggests a mechanism to be adopted for any
cryptocurrency that would alter the fee layer to
help fund a new public good.

In 2013, following a period of reflection and visioning, I imagined the possibility of completely altering the financial system as we know it. This vision, known as ABIS, will now see its first-ever implementation.

The implementation is now being issued in BCN’s GUI Wallet with the release of v. 1.0.8, where the transaction has been re-envisioned to allow the user new ways to explore the possibilities of transactions and realize greater giving potential, initially through two use cases involving unique forms of donations:

This wallet is now available for anyone around the world to utilize and can aid those seeking to facilitate voluntary donation processes, and it is possible that more use cases for further microgiving possibilities may be added to the graphical wallet in the future.

Social Dimensions and Notions of the Transaction Have Limited Wallet Design Universally.

Most wallet software is designed with certain assumptions about what transactions are. If most in society have developed an assumption about what a transaction is, the manifestation of what our cryptocurrency wallets become (and the format in which the graphical user interfaces are developed to facilitate transactions) will tend to follow such a trend.

If a transaction (in which one sends, or transfers resources) remains limited notionally only as an exchange of currency for goods, services, or other currency, there is a problem in terms of the capacity which we are allowing ourselves to develop and enjoy from decentralized systems.

Certainly, this problem has not solely been in Bytecoin (BCN) but can be seen in any other cryptocurrency wallets as well, and of course, in all currency systems. Legacy systems — those which utilize fiat currencies and rely heavily upon central banks — simply do not have the flexibility to transmit very small amounts efficiently. Cryptocurrency systems are better poised to handle small amounts, but how they handle them will differ depending on the type of cryptocurrency being utilized.

Up to this point, some technical challenges exist which have kept cryptocurrency and wallet developers from tackling the issue, as mentioned in the BCN developer’s blog post, ‘Future of Slacktivism: How 1,000,000 Likes Can Save Lives’. Thus, cryptocurrency wallets do not yet emulate natural giving systems to the degree that they could.

The problem is that, around the globe, we have not yet re-envisioned the transaction to allow the user new ways to explore a transaction’s full potential and offer the option of greater giving potential. However, we now have the means to do so.

The initiative taken by the Bytecoin community to address this issue has resulted in software that is arguably the first of its kind ~ resistant to financial censorship (utilizing BCN’s installable desktop graphic wallet, which has anonymity preferences for transactions which the user can alter on a sliding scale ranging from greater to lesser anonymity), and now, allowing compassionate options for any user, which allow small donations to be sent and received anywhere in the world without any need for an intermediary.

Because the entire concept is fully voluntary there are really a nearly infinite range of choices, essentially limited only by the technology, fees, and network limitations. The user is contemplating who to provide a micro-donation to and at what level and at what threshold the microdonation(s) will be broadcast, based on their wallet settings.

And I hope that we would in this model of giving become more like the bees that share pollen as they bounce from flower to flower (indeed, the acronym of the concept, ABIS, stands for “Ants, Bees, Information, and Systems”).

An interesting commentary from recent events comes from the transcript of Pope Francis’s remarks to US Congress on Sept. 24, 2015:

‘We have the freedom needed to limit and direct technology’; ‘to devise intelligent ways of… developing and limiting our power’; and to put technology ‘at the service of another type of progress, one which is healthier, more human, more social, more integral’

We have the tools now at our disposal, and these tools are vital to have, but even more vital is having compassion and the desire to extend what we have to others, and to build systems in ways which do not rely upon coercion, violence, and the perils of institutional power.