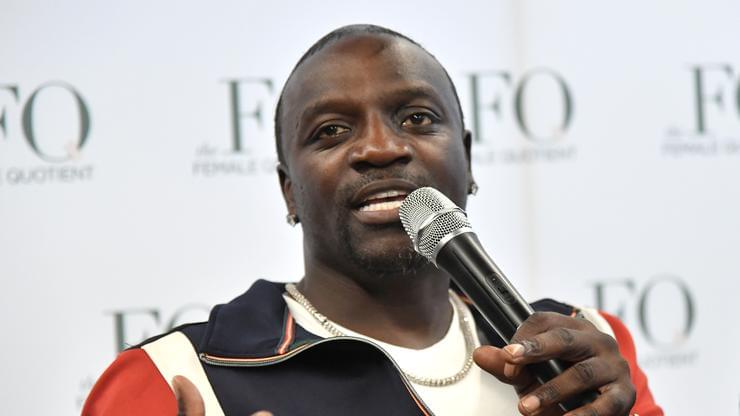 Back in April, it was reported that Akon planned to build a futuristic “Akon City” in Uganda. Along with Akon City, Akon launched AKOIN, his very own cryptocurrency.

According to the AKOIN website, which includes Akon City details and explains how it fits into the “I’m So Paid” singer’s efforts to bring resources and technological opportunities to Africa, AKOIN is “a cryptocurrency powered by a blockchain based eco-system of tools and services designed for entrepreneurs in the rising economies of Africa.”

END_OF_DOCUMENT_TOKEN_TO_BE_REPLACED 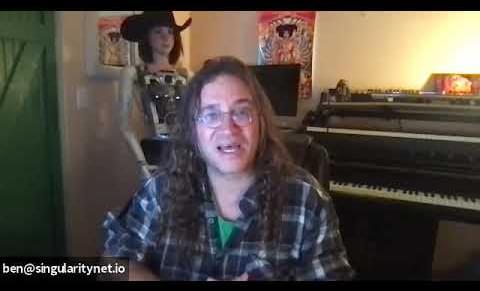 Sooo… the inimitable Russell Brand posted a video a few weeks ago saying some amusing but largeuly inaccurate and misleading things about the Grace humanoid eldercare robot we’re making in our Awakening Health project (http://awakening.health).

I recorded this video as a sort of response, to set the record straight a bit and explain why Russell is wrong about Grace and what is the actual nature of the Awakening Health project and what are the motivations behind it!

The three main points I make in the video (but with more color and detail, so do watch the video if you’re interested!!) are:

1) Grace is there to help nurses and nursing assistants not replace or obsolete them. When she becomes an AGI she still won’t obsolete the need for human connection and human care. Elderly folks need extra help and attention right now and Grace can help. My grandfather spent the last 5 years or so of his life in an eldercare facility; it was a pretty good one, but he was still lonely and confused a lot of the time and certainly could have benefited greatly from a robot like Grace.

2) Awakening Health is a JV of Hanson Robotics and: SingularityNET (http://singularitynet.io), whose purpose is to democratize & decentralize AI. It’s all about data sovereignty and putting the control over the AI in the hands of the humans who are training and using the AI. Not about centralized tech oppression of the elderly or anyone else as Russell alludes. Actually I think I see very closely eye to eye w/ Russell Brand on the dangers of Big Tech and Big Government, though I probably more clearly see the path to a solution than he does (hint: it has to do with blockchain-meets-beneficial-AGI).

END_OF_DOCUMENT_TOKEN_TO_BE_REPLACED 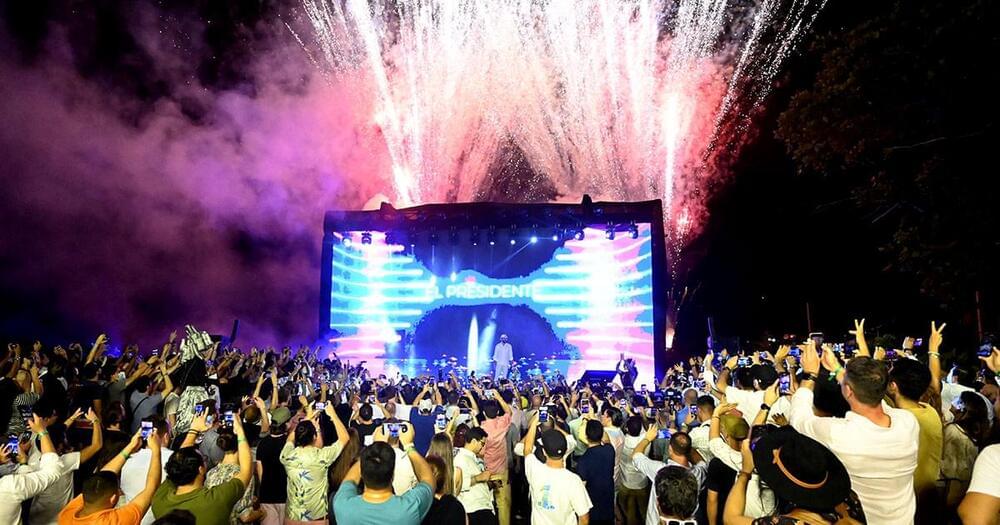 A value added tax, however, will take care of city services and infrastructure, which alone would cost 300,000 in Bitcoin or approximately $17 billion.

It’s a gigantic gamble, built on the premise that Bitcoin will continue to appreciate in the long term, allowing the country to repay its new debts. In other words, just another day in the mad world of crypto.

“Invest here and make all the money you want,” Bukele said during the event, which took place at a beach resort. “This is a fully ecological city that works and is energized by a volcano.”

END_OF_DOCUMENT_TOKEN_TO_BE_REPLACED 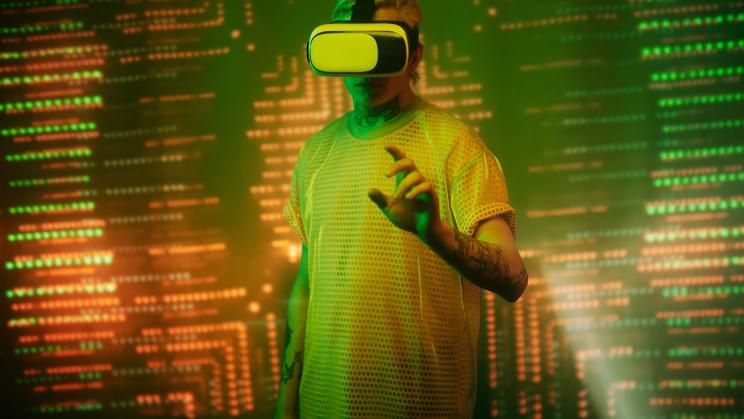 It’s a web of endless possibilities, but there’s a chance we might find ourselves interwoven in the same old web of Big Tech.

The emergence of blockchain-based technologies such as cryptocurrency, NFTs, metaverse, blockchain, and distributed ledger technology, etc is being seen as the herald of a new era of the internet — a more transparent and open version of the web that would be collectively controlled by users, instead of tech giants like Google and Facebook.

Some experts believe this decentralized Web, which is also referred to as Web 3.0, will bring more transparency and democratization to the digital world. Web 3.0 may establish a decentralized digital ecosystem where users will be able to own and control every aspect of their digital presence. Some hope that it will put an end to the existing centralized systems that encourage data exploitation and privacy violation.

More than 30 years have passed since the World Wide Web first came into existence, and over this course of time, the world of the internet has gone through various stages of development. There is no textbook definition of Web 3.0, but by going through these stages, you can have an idea of how Web 3.0 may shape the future of the internet experience.

END_OF_DOCUMENT_TOKEN_TO_BE_REPLACED 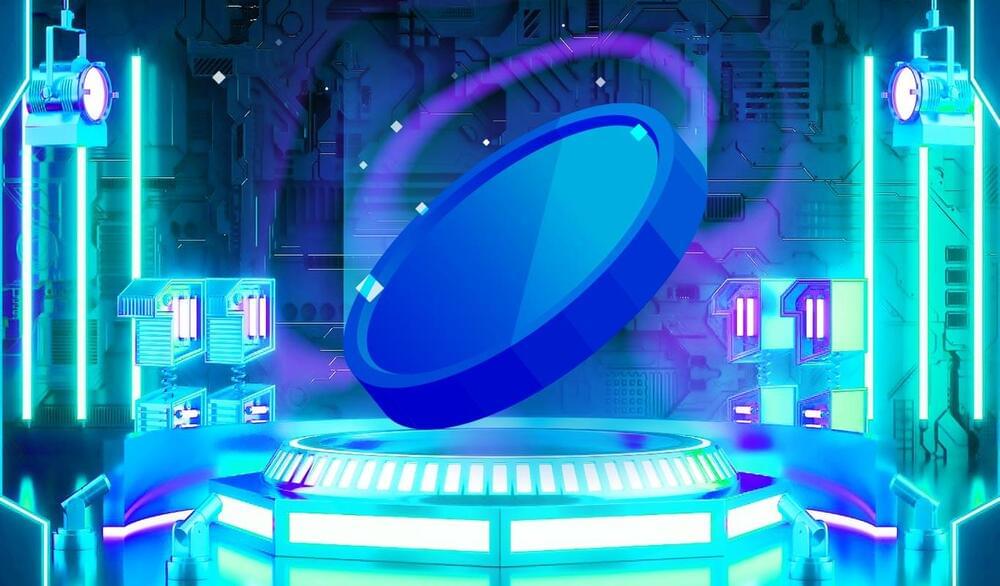 The price of decentralized blockchain network Algorand (ALGO) surged after the announcement of a new strategic partnership with a real estate firm powered by artificial intelligence.

In a press release, the Algorand Foundation says it’s joining forces with Lofty AI to create a marketplace for investment in tokenized real estate.

END_OF_DOCUMENT_TOKEN_TO_BE_REPLACED 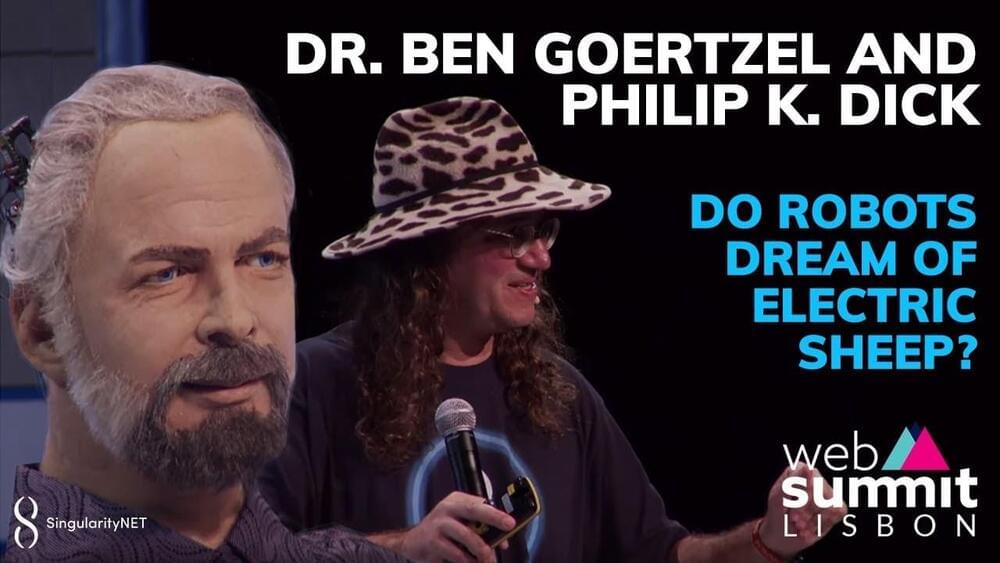 Dr. Ben Goertzel with Philip K. Dick at the Web Summit in Lisbon 2019.

Ben showcases the use of OpenCog within the SingularityNET enviroment which is powering the AI of the Philip K. Dick Robot.

We apologise for the poor audio quality.

SingularityNET is a decentralized marketplace for artificial intelligence. We aim to create the world’s global brain with a full-stack AI solution powered by a decentralized protocol.

We gathered the leading minds in machine learning and blockchain to democratize access to AI technology. Now anyone can take advantage of a global network of AI algorithms, services, and agents.

END_OF_DOCUMENT_TOKEN_TO_BE_REPLACED 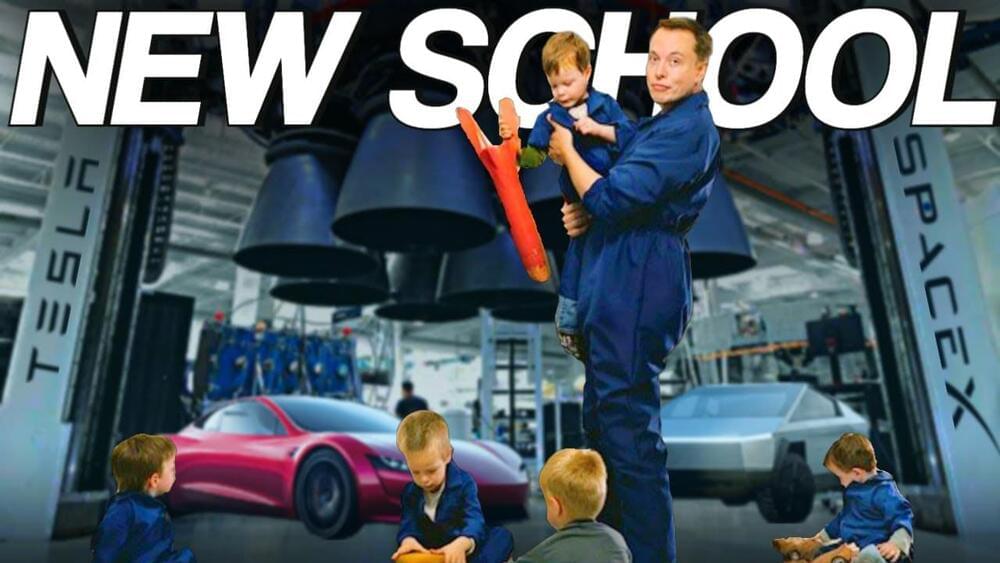 Ad Astra School is the experimental school that Elon Musk started in one of SpaceX’s factories to give an education to his own children and selected children of SpaceX employees. The future of work will require a set of skills that are not taught in schools today. The future of work will involve robots and Artificial Intelligence collaborating with humans. The Astra Nova School’s pillars include caring about community, focusing on student experiences, and sharing the work they do with the world.
Here students learn about simulations, case studies, fabrication and design projects, labs, and corporate collaboration. In general, school systems are rigid. They are more system-centric than student-centric. Astra Nova is changing that by creating a philosophy of student centricity, a value for individual abilities, praising curiosity, and encouraging problem-solving and critical thinking.
💰 Get Free Bitcoin on CoinBase: https://rb.gy/dhms0s.
💰 Earn Free Crypto: https://rb.gy/jf0q9n.
💰Get Free Stocks: https://rb.gy/2fy0a3My Favorite Editing Software:
▶ Adobe Premier Pro: https://rb.gy/qzfnsgMy Favorite Royalty Free Music Site:
▶ Epidemic Sounds: https://rb.gy/wssm4kFor more by Smart Sense subscribe now: https://bit.ly/36lGHuU
For the best videos be sure to subscribe and turn on the post notifications so you don’t miss any videos and once you’ve subscribed comment something nice for a shoutout.

END_OF_DOCUMENT_TOKEN_TO_BE_REPLACED 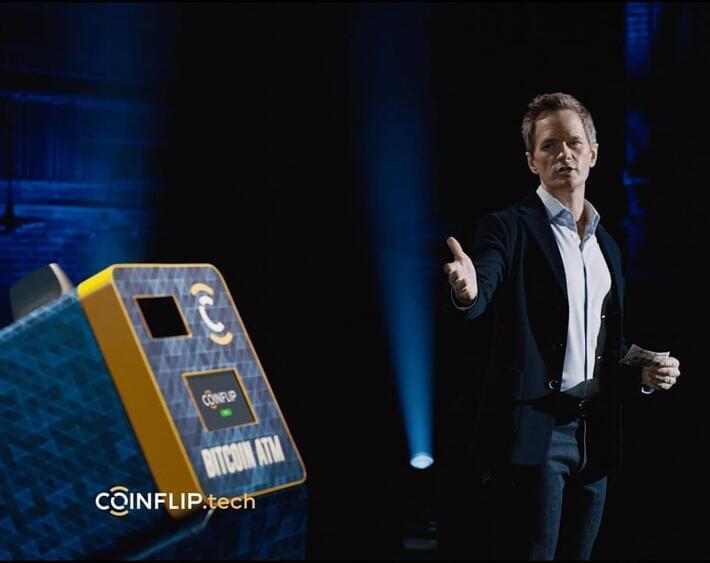 CoinFlip has the largest network of Bitcoin ATMs in the US. With Market leading low rates, buy using cash, card, or bank transfer. Buying Bitcoin has never been easier.

END_OF_DOCUMENT_TOKEN_TO_BE_REPLACED 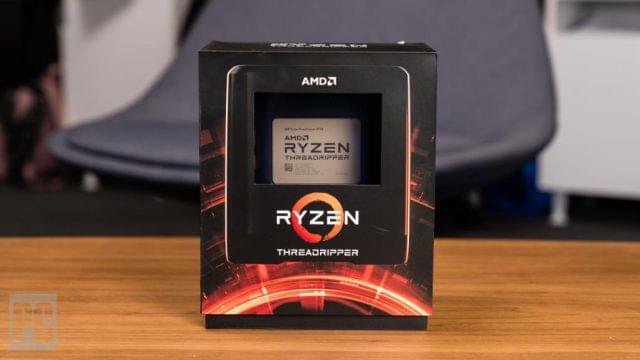 Now that crypto miners and their scalping ilk have succeeded in taking all of our precious GPU stock, it appears they’re now setting their sights on one more thing gamers cherish: the AMD CPU supply. According to a report in the UK’s Bitcoin Press, part of the reason it’s so hard to find a current-gen AMD CPU for sale anywhere is because of a crypto currency named Raptoreum that uses the CPU to mine instead of an ASIC or a GPU. Apparently, its mining is sped up significantly by the large L3 cache embedded in CPUs such as AMD Ryzen, Epyc, and Threadripper.

Raptoreum was designed as an anti-ASIC currency, as they wanted to keep the more expensive hardware solutions off their blockchain since they believed it lowered profits for everyone. To accomplish this they chose the Ghostrider mining algorithm, which is a combination of Cryptonite and x16r algorithms, and thew in some unique code to make it heavily randomized, thus its preference for L3 cache.

In case you weren’t aware, AMD’s high-end CPUs have more cache than their competitors from Intel, making them a hot item for miners of this specific currency. For example, a chip like the Threadripper 3990X has a chonky 256MB of L3 cache, but since that’s a $5,000 CPU, miners are settling for the still-beefy Ryzen chips. A CPU like the Ryzen 5900X has a generous 64MB of L3 cache compared to just 30MB on Intel’s Alder Lake CPUs, and just 16MB on Intel’s 11th-gen chips. Several models of AMD CPUs have this much cache too, not just the flagship silicon, including the previous-gen Ryen 9 3900X CPU. The really affordable models, such as the 5800X, have just 32MB of L3 cache, however.

END_OF_DOCUMENT_TOKEN_TO_BE_REPLACED 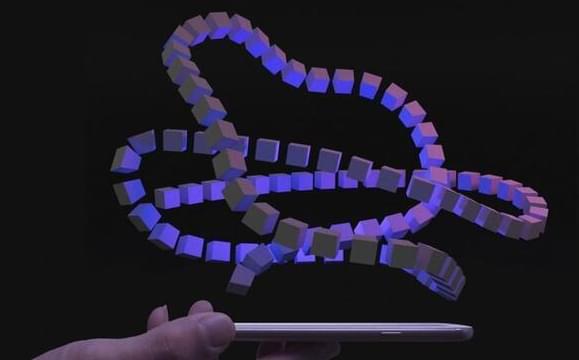 The effort, which he has dubbed Project Liberty, focuses on creating a blockchain-based database of individuals’ social connections, which users can port from one platform to another. Doing so could free people from being locked in to the current dominant social media apps — like Facebook.