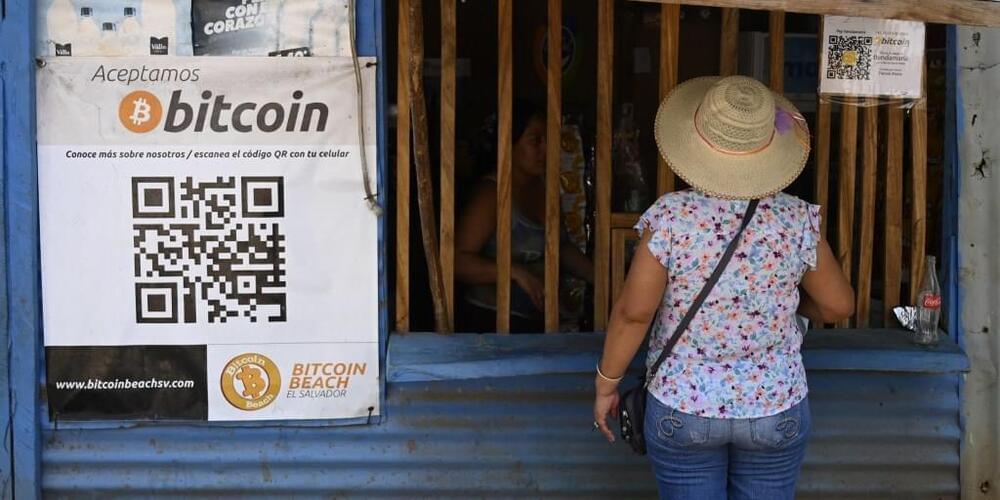 El Salvador became the first country to adopt bitcoin as legal tender, with Pres. Nayib Bukele saying it will save millions in commissions for remittances.

END_OF_DOCUMENT_TOKEN_TO_BE_REPLACED

A more general definition of entropy was proposed by Boltzmann (1877) as S = k ln W, where k is Boltzmann’s constant, and W is the number of possible states of a system, in the units J⋅K−1, tying entropy to statistical mechanics. Szilard (1929) suggested that entropy is fundamentally a measure of the information content of a system. Shannon (1948) defined informational entropy as \(S=-\sum_{i}{p}_{i}{log}_{b}{p}_{i}\) where pi is the probability of finding message number i in the defined message space, and b is the base of the logarithm used (typically 2 resulting in units of bits). Landauer (1961) proposed that informational entropy is interconvertible with thermodynamic entropy such that for a computational operation in which 1 bit of information is erased, the amount of thermodynamic entropy generated is at least k ln 2. This prediction has been recently experimentally verified in several independent studies (Bérut et al. 2012; Jun et al. 2014; Hong et al. 2016; Gaudenzi et al. 2018).

The equivalency of thermodynamic and informational entropy suggests that critical points of instability and subsequent self-organization observed in thermodynamic systems may be observable in computational systems as well. Indeed, this agrees with observations in cellular automata (e.g., Langton 1986; 1990) and neural networks (e.g., Wang et al. 1990; Inoue and Kashima 1994), which self-organize to maximize informational entropy production (e.g., Solé and Miramontes 1995). The source of additional information used for self-organization has been identified as bifurcation and deterministic chaos (Langton 1990; Inoue and Kashima 1994; Solé and Miramontes 1995; Bahi et al. 2012) as defined by Devaney (1986). This may provide an explanation for the phenomenon termed emergence, known since classical antiquity (Aristotle, c. 330 BCE) but lacking a satisfactory explanation (refer to Appendix A for discussion on deterministic chaos, and Appendix B for discussion on emergence). It is also in full agreement with extensive observations of deterministic chaos in chemical (e.g., Nicolis 1990; Györgyi and Field 1992), physical (e.g., Maurer and Libchaber 1979; Mandelbrot 1983; Shaw 1984; Barnsley et al. 1988) and biological (e.g., May 1975; Chay et al. 1995; Jia et al. 2012) dissipative structures and systems.

This theoretical framework establishes a deep fundamental connection between cyberneticFootnote 1 and biological systems, and implicitly predicts that as more work is put into cybernetic systems composed of hierarchical dissipative structures, their complexity increases, allowing for more possibilities of coupled feedback and emergence at increasingly higher levels. Such high-level self-organization is routinely exploited in machine learning, where artificial neural networks (ANNs) self-organize in response to inputs from the environment similarly to neurons in the brain (e.g., Lake et al. 2017; Fong et al. 2018). The recent development of a highly organized (low entropy) immutable information carrier, in conjunction with ANN-based artificial intelligence (AI) and distributed computing systems, presents new possibilities for self-organization and emergence.

END_OF_DOCUMENT_TOKEN_TO_BE_REPLACED 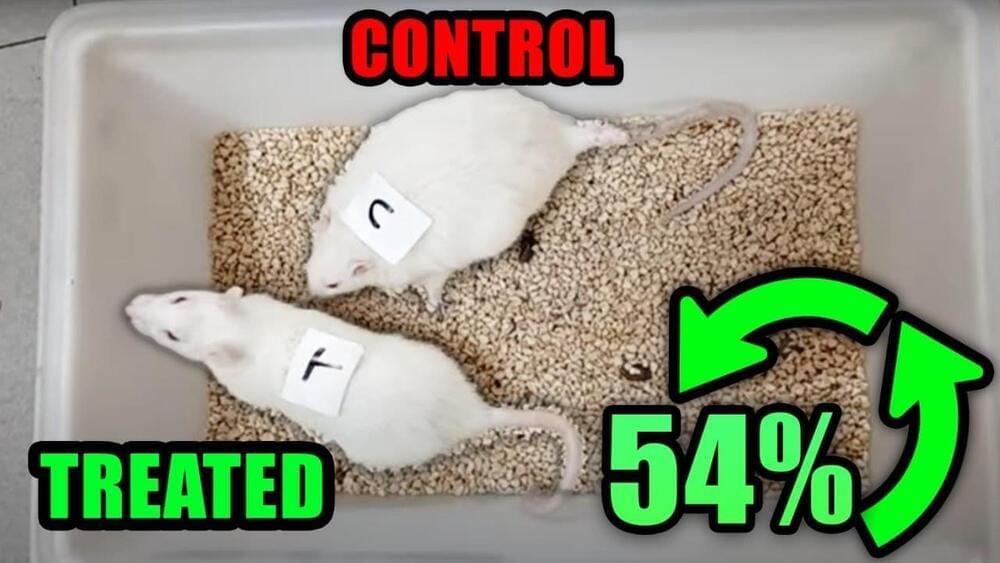 Brent Nally interviews Dr Katcher about E5 plasma filtering. “What’s the purpose of anything if you’re gonna die?” E5 human trials perhaps by the end of 2022. All treated rats so far are still alive. “The question is how many times can we do this?” So far with rats it’s 3 times. He has not given out the specific E5 formula. Right now there is another party attempting to repeat his rat experiments.

Harold earned his PhD in Biology, is Chief Science Officer of Yuvan Research and is one of the discoverers of the breast cancer gene (BRCA1). Harold describes in his book, The Illusion of Knowledge, his personal story and journey developing E5 which may be extremely promising for the field of rejuvenation/biological age reversal. Read this May2020paper.

- My mission is to solve the human aging problem ASAP.

END_OF_DOCUMENT_TOKEN_TO_BE_REPLACED 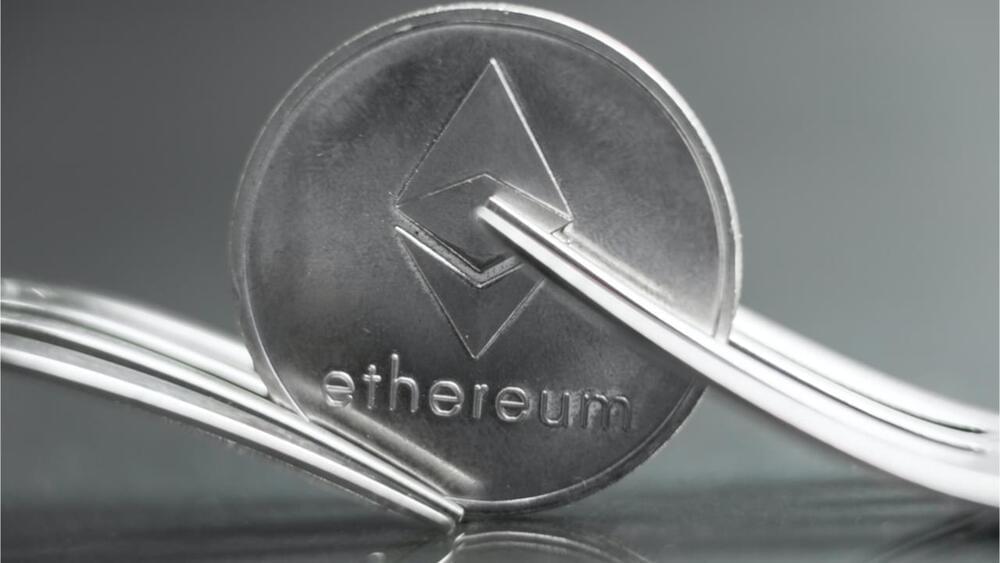 The blockchain Ethereum saw a chain split today as a software bug affected a large quantity of full node clients.

END_OF_DOCUMENT_TOKEN_TO_BE_REPLACED 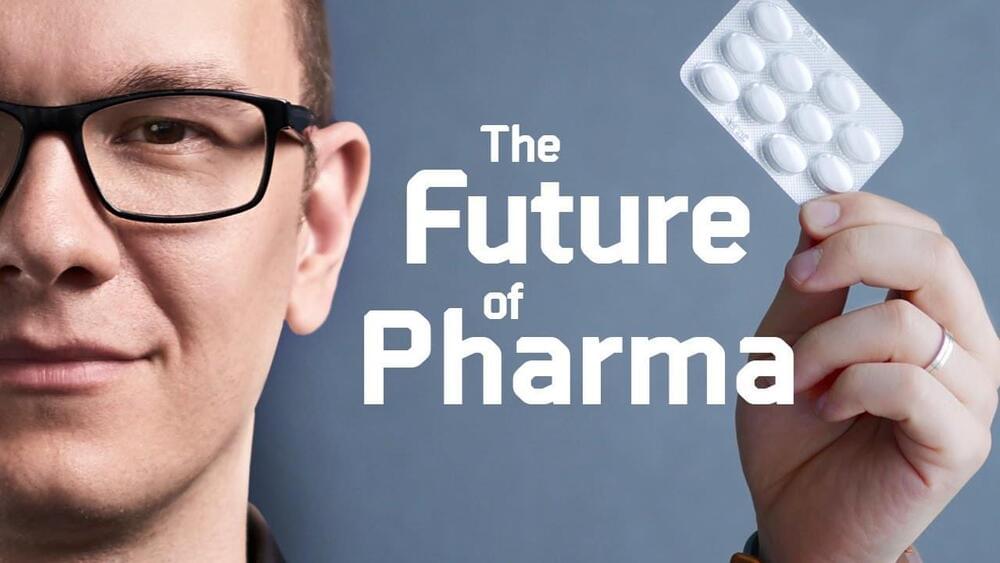 The global revenue of the pharmaceutical market is 1.2 trillion dollars. With such capital at stake and with the pace of technological disruption, the pharma industry has to embrace new technologies, therapies, and innovations and put a greater focus on prevention and digital health.

In this video, we take a dive into the five trends of how big pharma will adapt to these changing times:

Get access to exclusive content and express your support for The Medical Futurist by joining our Patreon community: https://www.patreon.com/themedicalfuturist.

Read our magazine for further updates and analyses on the future of healthcare:
https://medicalfuturist.com/magazine.

END_OF_DOCUMENT_TOKEN_TO_BE_REPLACED 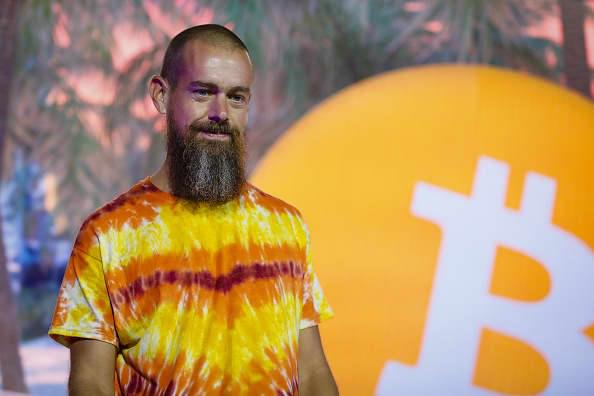 “My hope is that it creates world peace or helps create world peace,” Dorsey said during a “The B Word” webinar on Wednesday.

“We have all these monopolies off balance and the individual doesn’t have power and the amount of cost and distraction that comes from our monetary system today is real and it takes away attention from the bigger problems,” Dorsey added. Tesla CEO Elon Musk and ARK Invest founder, CEO and CIO Cathie Wood were also speakers on the panel.

END_OF_DOCUMENT_TOKEN_TO_BE_REPLACED 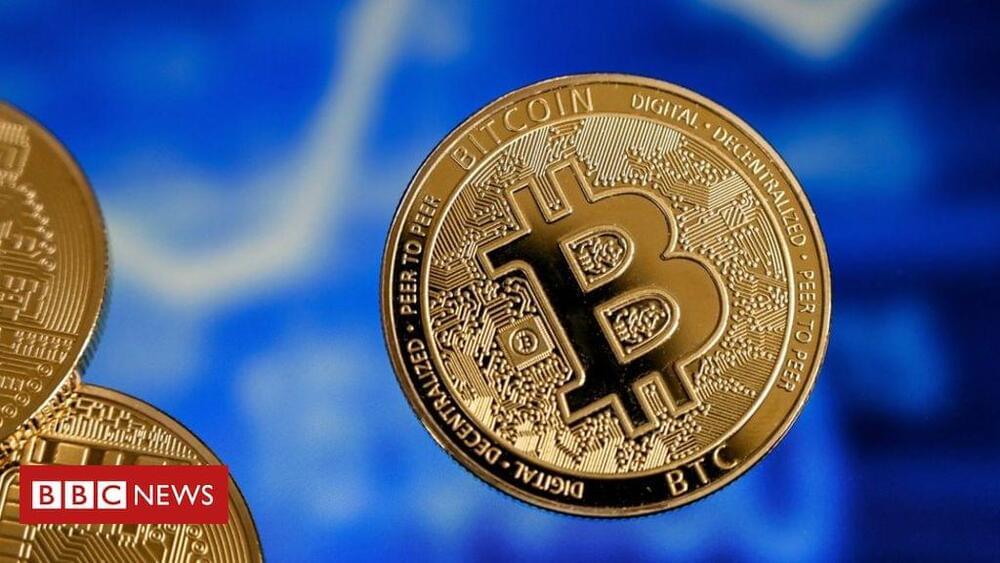 Could the cryptocurrency’s huge electricity consumption also sink it?

END_OF_DOCUMENT_TOKEN_TO_BE_REPLACED 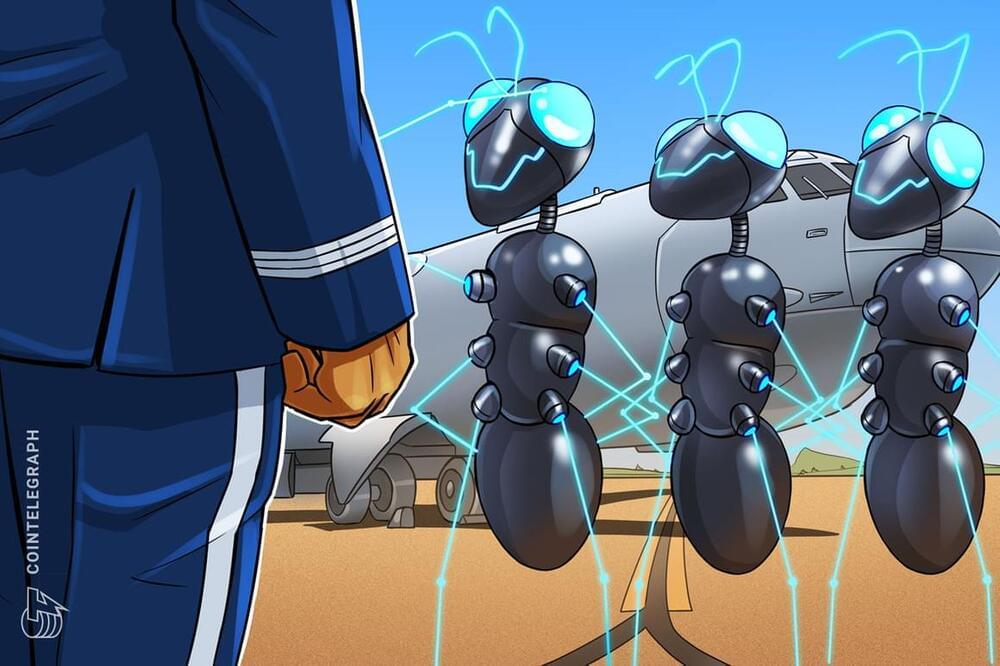 A blockchain-based initiative from the United States Air Force will employ Constellation’s Hypergraph Network to provide data security with the Department of Defense’s commercial partners.

In a Thursday announcement, Constellation said it had been working with Kinnami Software Corporation to develop an end-to-end data security solution using blockchain encryption and distributed data management for the United States Transportation Command, Air Mobility Command’s 618th Air Operations Center, and a Civil Reserve Air Fleet partner. According to the platform, its goal is to securely exchange data with commercial partners on missions involving the operations of aircraft and ships under contract to the Department of Defense, or DoD.

The United States Transportation Command, or USTRANSCOM, allows authorities — including those in the 618th — to coordinate missions using available resources from both the military and private sector. Constellation Network’s solution may have the potential to improve the existing cybersecurity and general effectiveness.

END_OF_DOCUMENT_TOKEN_TO_BE_REPLACED 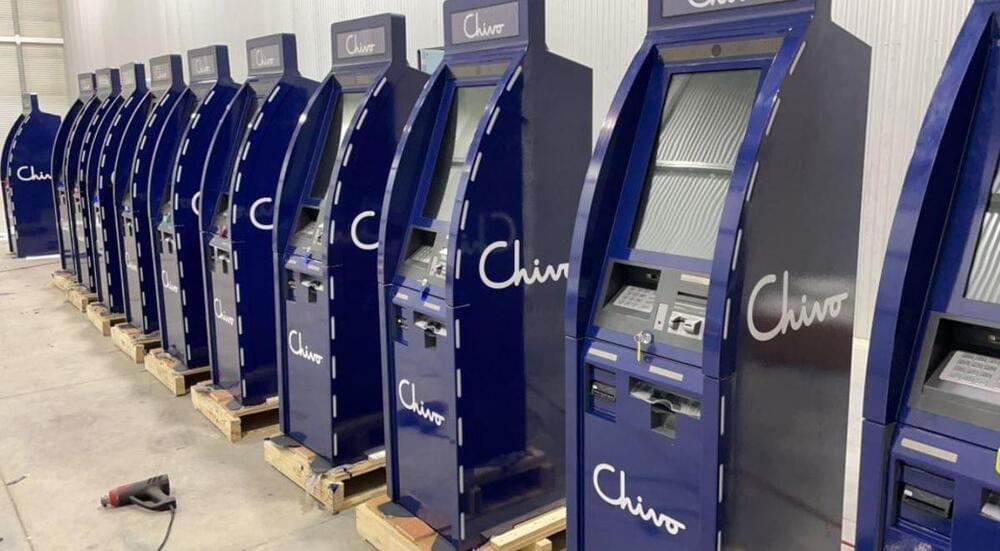 El Salvador began installing Bitcoin ATMs, allowing its citizens to convert the cryptocurrency into U.S. dollars and withdraw it in cash, as part of the government’s plan to make the token legal tender.

The government will install 200 of the teller machines to initially accompany its digital wallet called Chivo, a local slang term for ‘cool,’ President Nayib Bukele said on Twitter. Transactions will be commission free, he said, adding that there will also be 50 financial branches across the country for withdrawing or depositing money.

END_OF_DOCUMENT_TOKEN_TO_BE_REPLACED

Blockchains work like DNA, says a new study. Its instructions are replicated across thousands of “nodes,” much as DNA is replicated in cells.