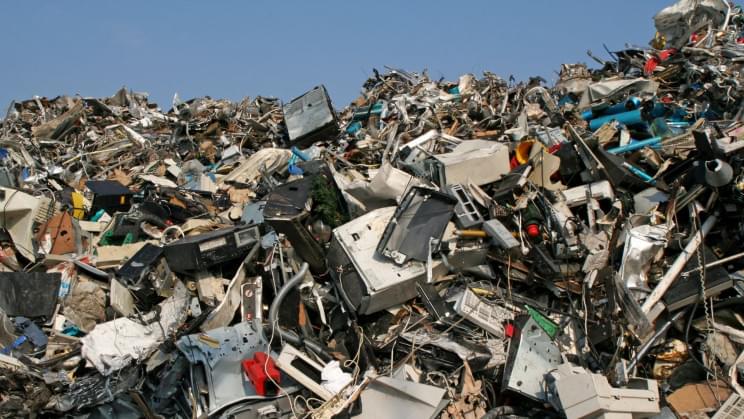 And he’s been searching for it for a decade.

It’s a nightmare scenario that might become increasingly common in a world of digital currency. A man threw away an old PC hard drive while doing a quick spring clean of his home in Newport Wales, U.K., in 2013. Fast-forward almost a decade and he’s still desperately petitioning to be allowed to go through his local landfill.

The reason the man, 35-year-old IT engineer James Howells, wants to trawl through his local trash site is that the hard drive he threw out included a wallet with 7,500 Bitcoin.

At the time he threw out the hard drive, that amount of Bitcoin would have been worth 665 thousand dollars (500 thousand pounds). Today, it would have made him a millionaire, as it would be worth a total of 357 million dollars.

In an interview with The Guardian in 2013, Howells explained how he had been looking through the landfill, which is roughly the size of a football field. “I had a word with one of the guys down there, explained the situation. And he actually took me out in his truck to where the landfill site is, the current ditch they’re working on. It’s about the size of a football field, and he said something from three or four months ago would be about three or four feet down,” Howells explained.

Roughly $140 billion in ‘lost’ Bitcoin worldwide Following initial scavenging efforts for the lost hard drive, Howells seemed resigned to losing the digital fortune. More recently, however, he has recruited local residents in Newport to help him search for the device. Anyone who helps him find it, he says, is promised to be rewarded millions — if the hard drive is still readable, that is. The 35-year-old also offered to donate 25 percent of the potential findings — roughly 70 million dollars– to a “Covid Relief Fund” for his home city.

END_OF_DOCUMENT_TOKEN_TO_BE_REPLACED 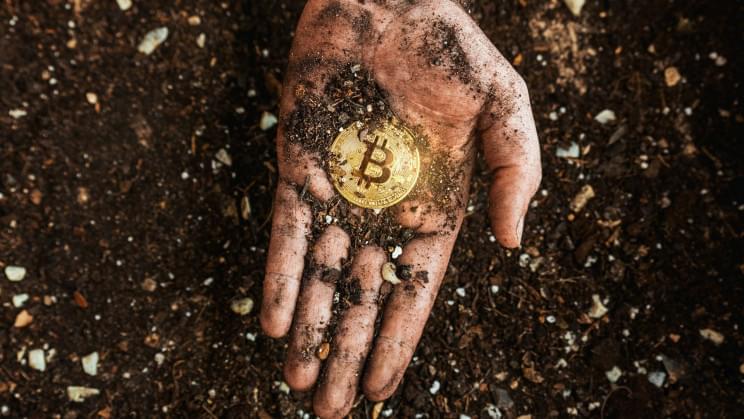 Bitcoin passed a major milestone on Monday by reaching 90 percent of the total mineable supply as 18.9 million Bitcoin, out of a maximum of 21 million, have been mined and are in circulation in various exchanges.

Recent data show that the remaining mineable Bitcoin amount is at 2.1 million or 10 percent of the total supply. … See more.

END_OF_DOCUMENT_TOKEN_TO_BE_REPLACED 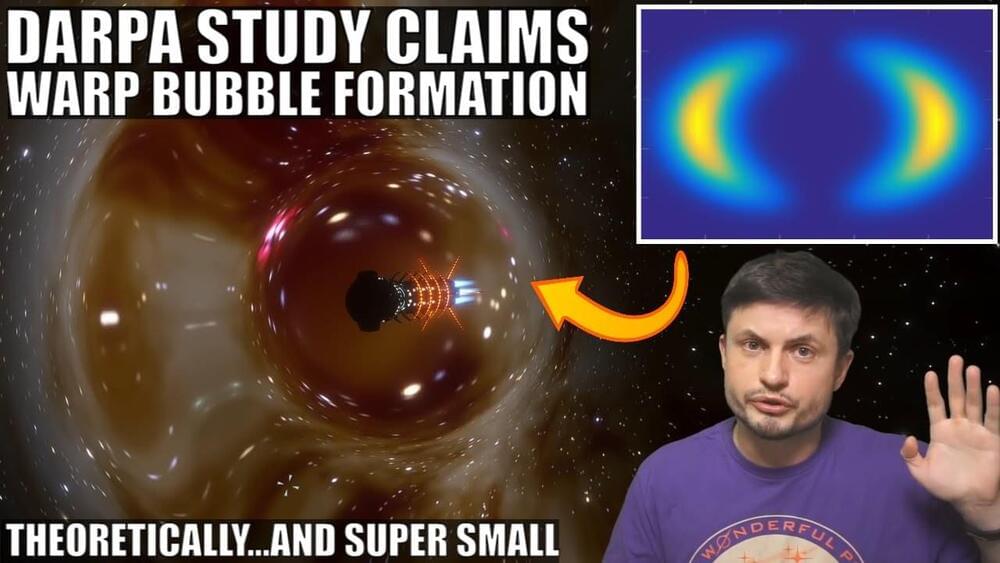 Hello and welcome! My name is Anton and in this video, we will talk about a new study that discusses how we could potentially create an actual (but tiny) warp bubble.
Links:

Support this channel on Patreon to help me make this a full time job:
https://www.patreon.com/whatdamath.

END_OF_DOCUMENT_TOKEN_TO_BE_REPLACED 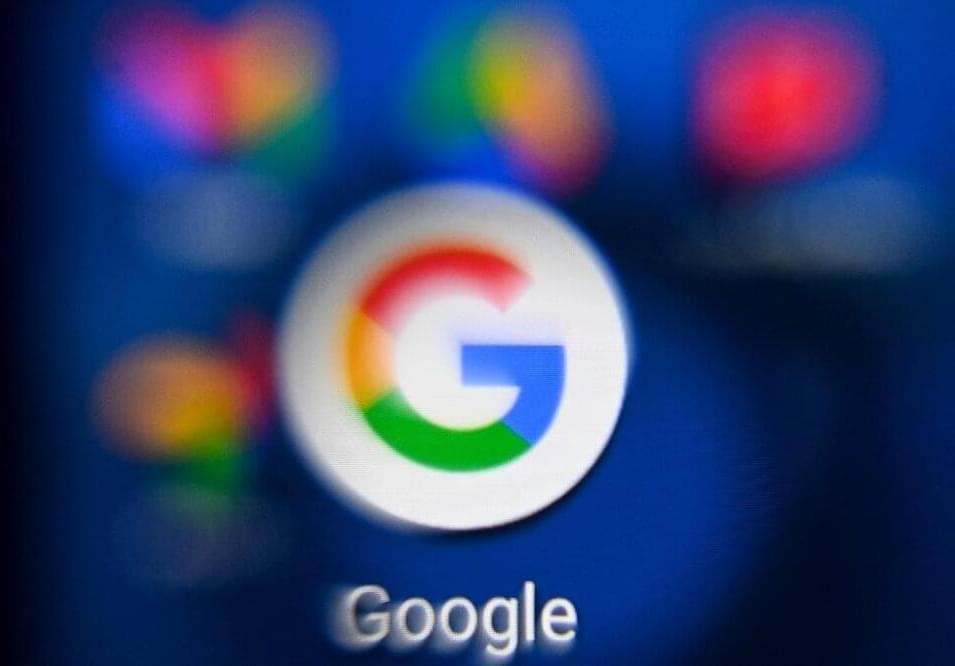 Google said Tuesday it has moved to shut down a network of about one million hijacked electronic devices used worldwide to commit online crimes, while also suing Russia-based hackers the tech giant claimed were responsible.

The so-called botnet of infected devices, which was also used to surreptitiously mine bitcoin, was cut off at least for now from the people wielding it on the internet.

“The operators of Glupteba are likely to attempt to regain control of the botnet using a backup command and control mechanism,” wrote Shane Huntley and Luca Nagy from Google’s threat analysis group.

END_OF_DOCUMENT_TOKEN_TO_BE_REPLACED 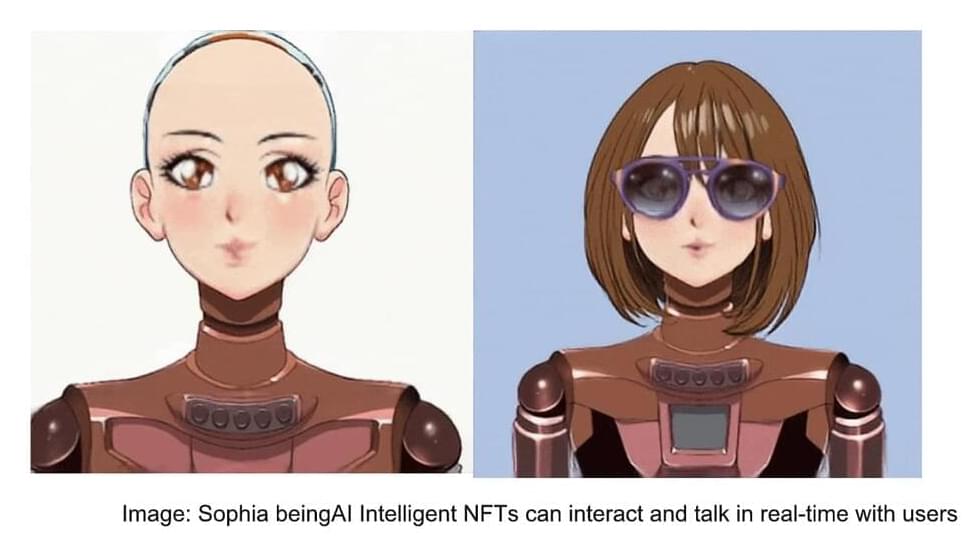 Alethea AI and BeingAI are collaborating with the Binance NFT marketplace to introduce the AI game characters that are based on nonfungible tokens (NFTs).

Alethea AI creates smart avatars who use AI to hold conversations with people, and it has launched its own NFT collectible AI characters. NFTs use the transparency and security of the digital ledger of blockchain to authenticate unique digital items. The companies see this as the underlying AI infrastructure for iNTFs, or intelligent nonfungible tokens, on the path to the metaverse, the universe of virtual worlds that are all interconnected, like in novels such as Snow Crash and Ready Player One.

Being AI, meanwhile, is on a quest to create AI characters who can interact and talk in real time with users. Both companies are working with the NFT marketplace of Binance to launch intelligent IGO (Initial Game Offering), featuring a hundred intelligent NFTs characters.

END_OF_DOCUMENT_TOKEN_TO_BE_REPLACED 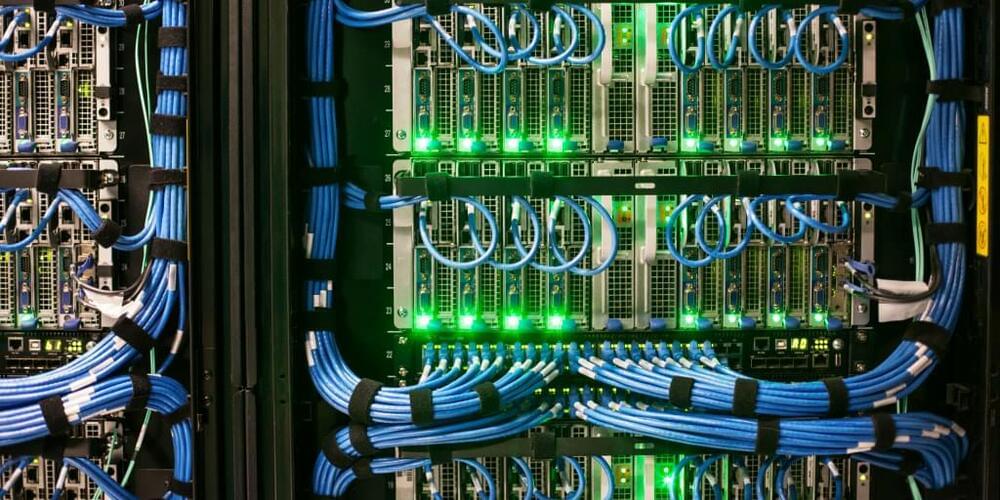 Bitmart confirmed the hack in an official statement Saturday night, calling it “a large-scale security breach” and writing that hackers withdrew about $150 million in assets. However, blockchain security and data analytics firm Peckshield estimates that the loss is closer to $200 million.

Bitmart added in a statement that all withdrawals had been temporarily suspended until further notice and said a thorough security review was underway.

END_OF_DOCUMENT_TOKEN_TO_BE_REPLACED 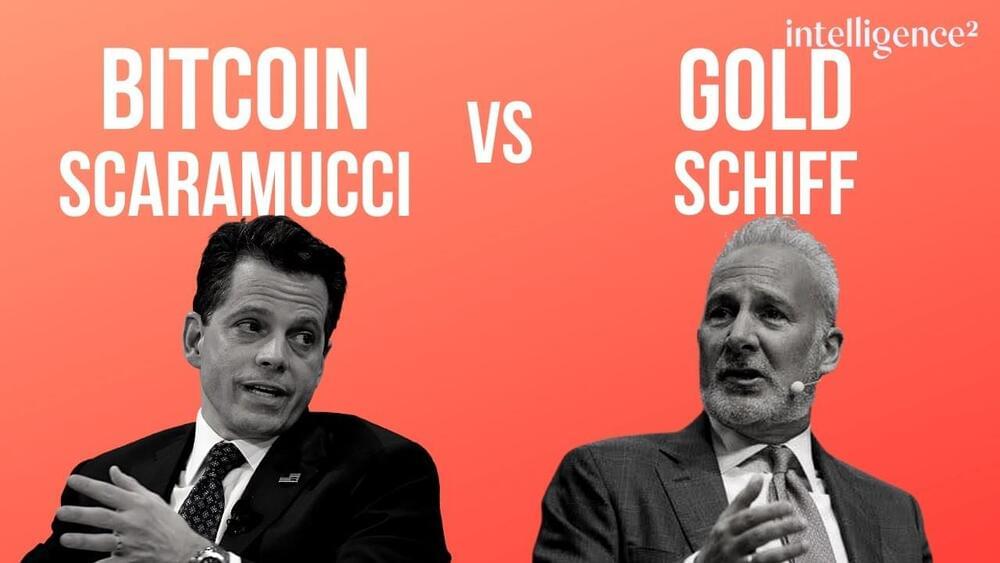 Gold: it has physical properties that makes it real and valuable. It’ll never lose its value. Gold has a long history and has been used for thousands of years.

Bitcoin is not anything real. It’s just a string of numbers.

It has no real value because there are no properties that makes it valuable.

Bitcoin is guarded against inflation. The value of Bitcoin doesn’t depreciate like the dollar bill does. If you leave $100.00in the bank today it’ll actually be worth less due to inflation.

Bitcoin is the currency of the future because we are becoming a more digitized society.

The value in bitcoin is it is largely user driven. The users of Bitcoin has grown exponentially.

Since the world economy was plunged into crisis due to COVID-19 many economists have predicted a period of great instability. In normal times, investors would seek to hedge against volatility by buying gold. But this time, some are putting their money elsewhere – into Bitcoin and other digital assets. And that raises a fundamental question: will Bitcoin or gold be the trusted store of value and asset of the future in a time of rising inflation?

Anthony Scaramucci and Peter Schiff go head to head to debate. The host is Anne McElvoy.

This debate series is in partnership with EQONEX. Register to be in the virtual audience for our next debate on ‘banking the unbanked’ and you’ll also be in with the chance to win a share of $5,000 EQO.

Register free for ‘Crypto Can Bank the Unbanked’ debate on September 9: https://bit.ly/3zaYL6B
–

END_OF_DOCUMENT_TOKEN_TO_BE_REPLACED 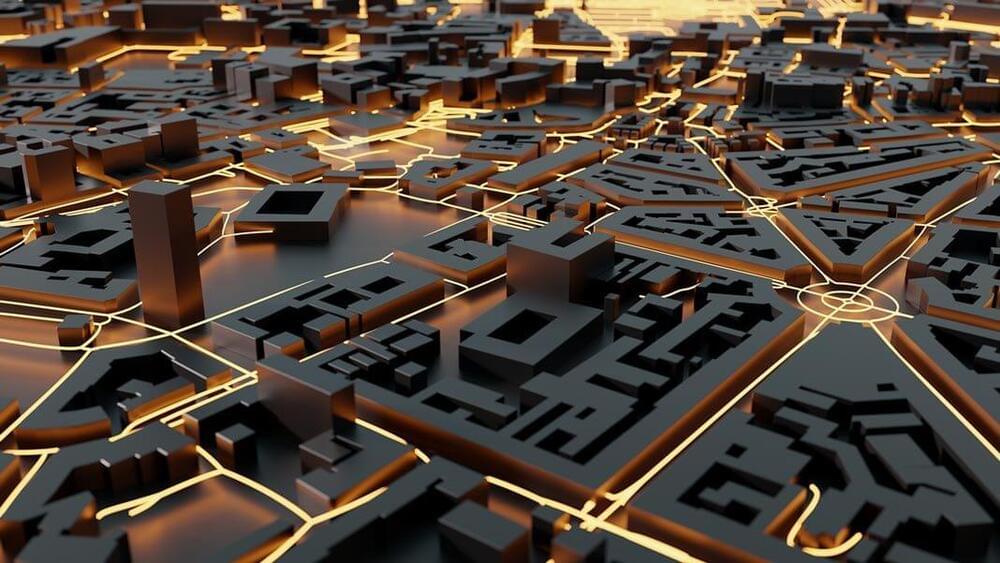 People and companies are betting on life becoming more digitized and the much-hyped, little-understood metaverse taking off; virtual land is becoming as much of an investment as physical land, and if current trends continue, may stand to give early adopters a huge payout. Metaverse Group chose its plot of land very intentionally, and knows exactly what use it will be put to; located in Decentraland’s Fashion Street district, the space will be used “to facilitate fashion shows and commerce within the exploding digital fashion industry.”

Let’s back up a bit. Decentraland is a decentralized virtual world built on the Ethereum blockchain, with “decentralized” obviously being the key word and the platform’s big differentiator. “The people who use Decentraland own Decentraland,” Dave Carr, communications lead for the platform, told Euronews Next. “We have a decentralized autonomous organization in which people can submit proposals and vote on proposals submitted by others. And this effectively determines the future direction of Decentraland.”

Facebook, now Meta, aims to rule the metaverse of the future, but it seems likely that people will gravitate towards platforms like Decentraland precisely because they’re not owned or controlled by a centralized authority. Facebook hasn’t done a great job of earning its users’ trust, and it could take a long time for the company to turn consumer sentiment around. Meanwhile, Decentraland’s emphasis on autonomy and the lack of a single powerful decision-maker may be just what virtual world enthusiasts are looking for.

END_OF_DOCUMENT_TOKEN_TO_BE_REPLACED 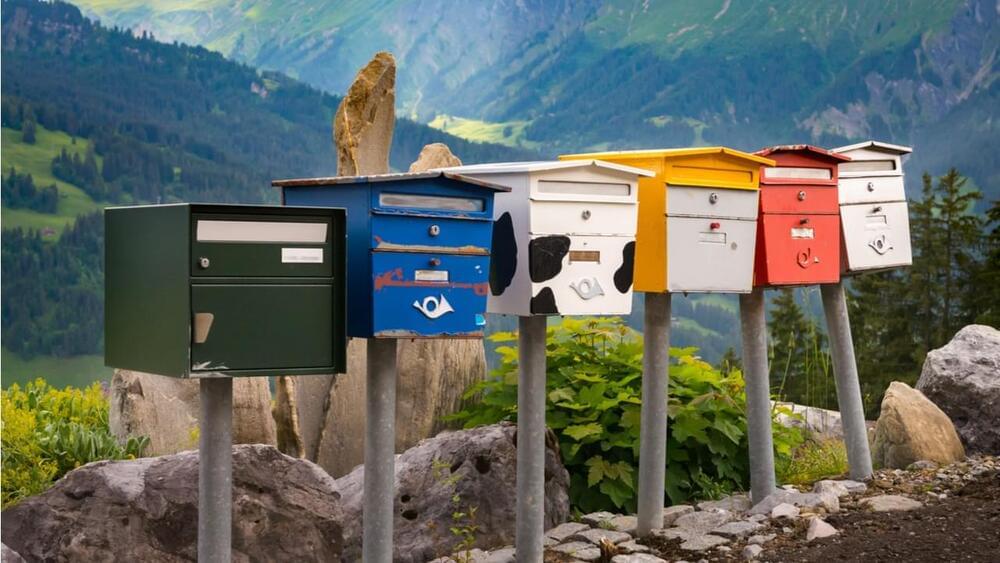 Unexpectedly high demand for Switzerland’s first crypto stamp has created headaches for the national postal service. Swiss Post announced it had to deal with technical issues when numerous orders hit its online shop all at once on the day the innovative offering was made available.

Swiss Post announced the “crypto stamp” initiative in September when it was presented as an attempt to “bridge the gap between the physical and digital worlds in philately.” The state-owned company joined forces with blockchain services provider Inacta to produce the stamp, a first of a kind for the Alpine nation.

END_OF_DOCUMENT_TOKEN_TO_BE_REPLACED 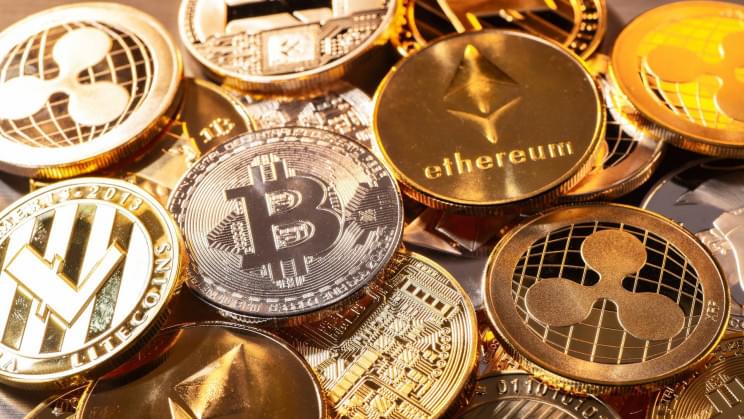 Google’s cybersecurity team warns that this is neither the first nor the last time.

Cryptomining is a very energy-intensive process with analysis by the University of Cambridge showing that Bitcoin consumes more electricity than the entire country of Argentina. Now, Google has released a new report stating that malicious cryptocurrency miners are using hacked Google Cloud accounts for mining purposes.

The report is called “Threat Horizons” and it aims to help organizations keep their cloud environments secure.

“While cloud customers continue to face a variety of threats across applications and infrastructure, many successful attacks are due to poor hygiene and a lack of basic control implementation. Most recently, our team has responded to cryptocurrency mining abuse, phishing campaigns, and ransomware,” wrote Google in an executive summary of the report.

“Given these specific observations and general threats, organizations that put emphasis on secure implementation, monitoring, and ongoing assurance will be more successful in mitigating these threats or at the very least reduce their overall impact.”