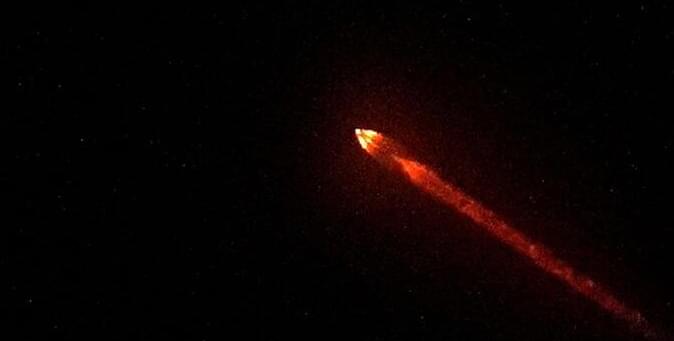 An asteroid the size of the Eiffel Tower is heading towards Earth this month and it’s considered an especially unique piece of rock by scientists.

The asteroid 4,660 Nereus is classified as a “potentially hazardous” piece of rock because of its proximity to Earth. On Dec. 11, NASA expects it to be at its closest point to Earth over a 20-year period. The asteroid was discovered back in 1982.

END_OF_DOCUMENT_TOKEN_TO_BE_REPLACED 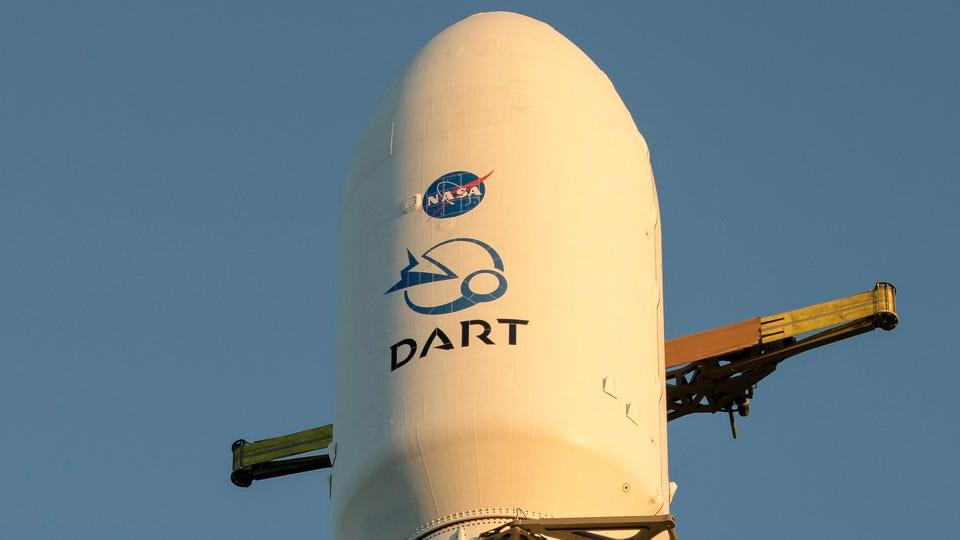 NASA on Tuesday night successfully launched its experimental asteroid deflecting spacecraft which is set to smash into an asteroid at 15,000 miles per hour and serve as a test run for countering any future doomsday scenario where a large space rock could end up on a collision course with the Earth.

Sometime in 2022, the DART spacecraft is expected to smash into the asteroid Dimorphos which orbits a larger satellite called Didymos—neither of which pose a threat to Earth at the moment—with the hope of deflecting its course.

END_OF_DOCUMENT_TOKEN_TO_BE_REPLACED 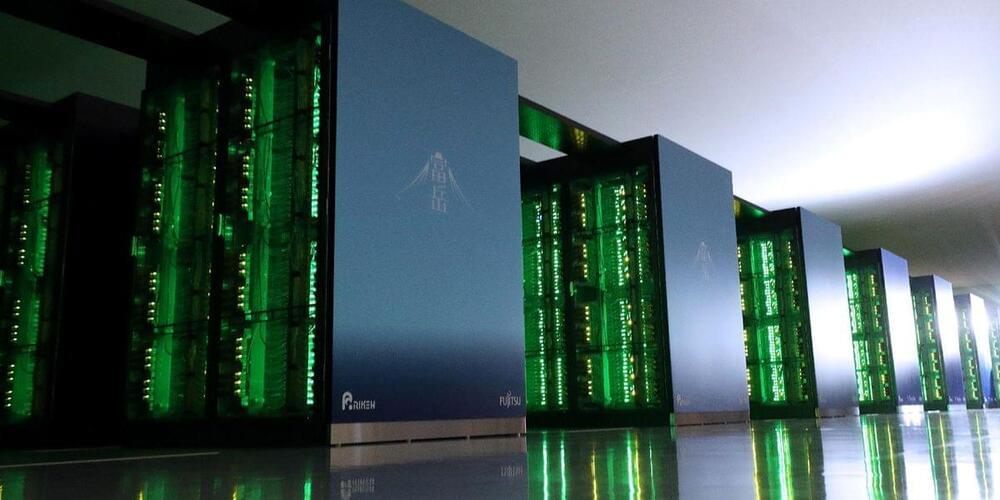 New ways to measure the top supercomputers’ smarts in the AI field include searching for dark energy, predicting hurricanes, and finding new materials for energy storage.

END_OF_DOCUMENT_TOKEN_TO_BE_REPLACED 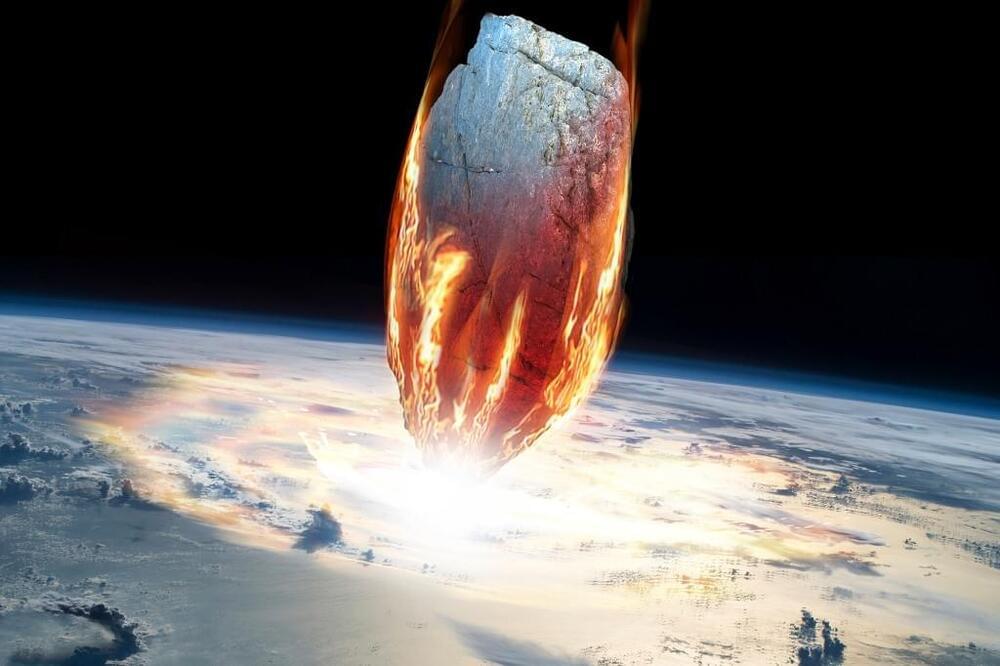 Experts are sounding the alarm about the threat of asteroids to life on Earth — and warning that the United States does not have a clear plan to prevent catastrophe.

Though NASA says the odds are literally one in a millennium, no US agency is explicitly responsible if space rocks are headed our way.

“No one is tasked with mitigation,” former Air Force space strategist Peter Garretson, an expert in planetary defense told Politico. “Congress did put in law that the White House identify who should be responsible, but fully four subsequent administrations so far have blown off their request.”

END_OF_DOCUMENT_TOKEN_TO_BE_REPLACED 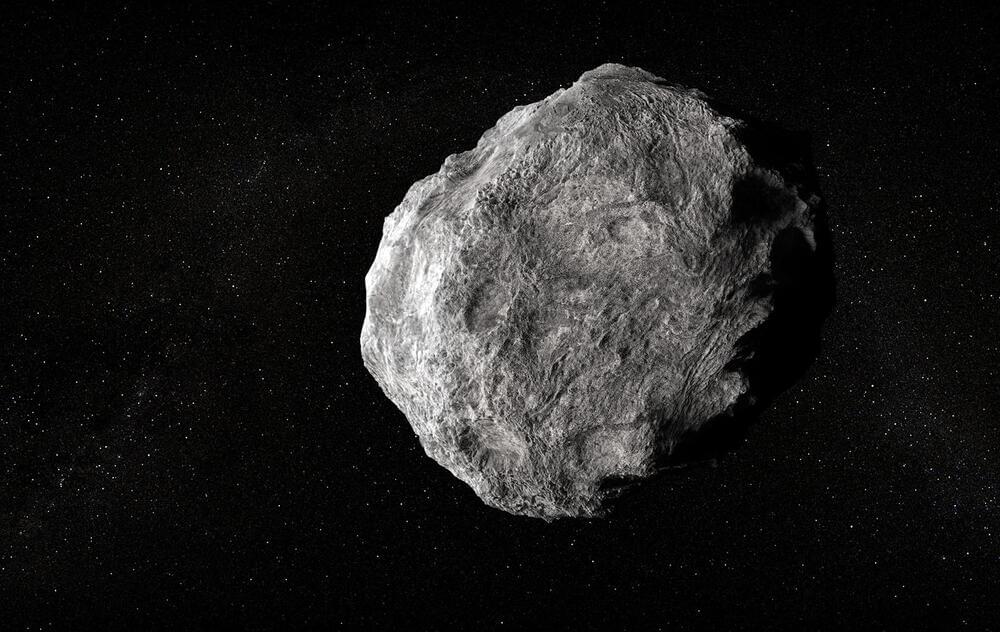 NASA scientists have issued a warning about a “Potentially Hazardous Asteroid” (PHA) that will fly close to earth in mid-December. The asteroid is larger than 90 percent of asteroids, according to Daily Record, but still smaller than some of the larger reported asteroids. Thankfully, the asteroid won’t come close enough to our planet to do any damage. Near passes like these happen somewhat frequently. But the term “near” is relative when you’re talking about the infinite vastness of outer space.

NASA predicts that the massive asteroid will pass by Earth on December 11, just a month and a few days from now. The asteroid has been classified as 4,660 Nereus, and NASA does consider it very hazardous. The organization says that the asteroid is almost three times the size of a football pitch — roughly the size of the Eiffel tower.

END_OF_DOCUMENT_TOKEN_TO_BE_REPLACED 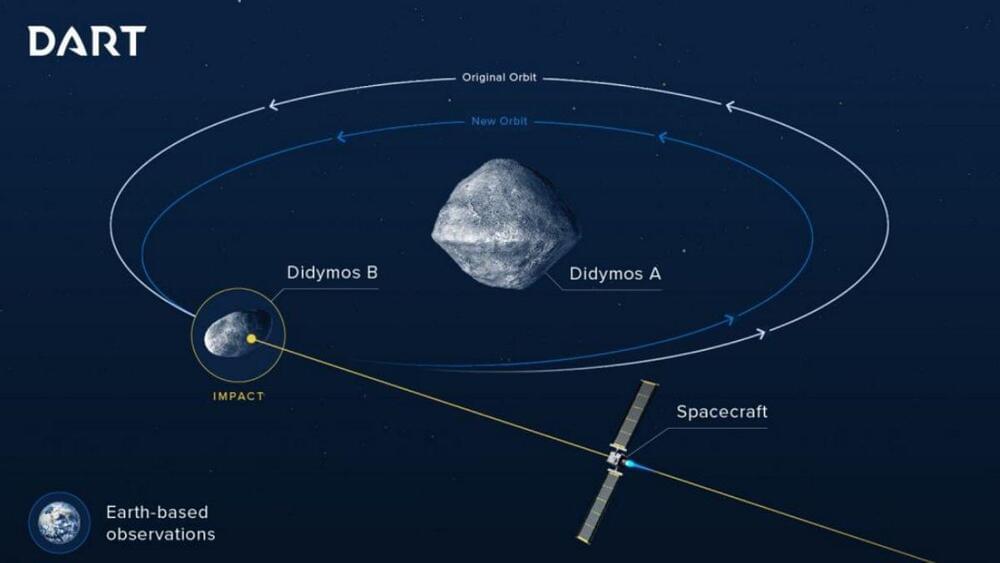 “We know of no asteroids that are coming in to hit the Earth,” Rivkin emphasizes. DART, he says, is part of a multi-pronged effort to examine the asteroid collision problem. “Asteroid impacts are really the only natural disaster that humanity can see coming years or decades in advance and do anything about.”

Andy Rivkin remembers going to the arcade in the early 1980s to play the iconic video game “Asteroids.” Later this month, the team he leads is scheduled to launch a satellite aimed at an asteroid 7 million miles away to prove that Earthlings can save themselves from an asteroid impact by shooting first, Atari-style.

The launch window for NASA’s Double Asteroid Redirection Test (DART) mission opens next week. DART is an experiment to see if by crashing a spacecraft directly into an asteroid, the asteroid can be nudged off its trajectory. If intercepted and struck far enough away, even a slight alteration in the path of an asteroid could cause it to miss Earth, avoiding a potentially catastrophic impact.

END_OF_DOCUMENT_TOKEN_TO_BE_REPLACED 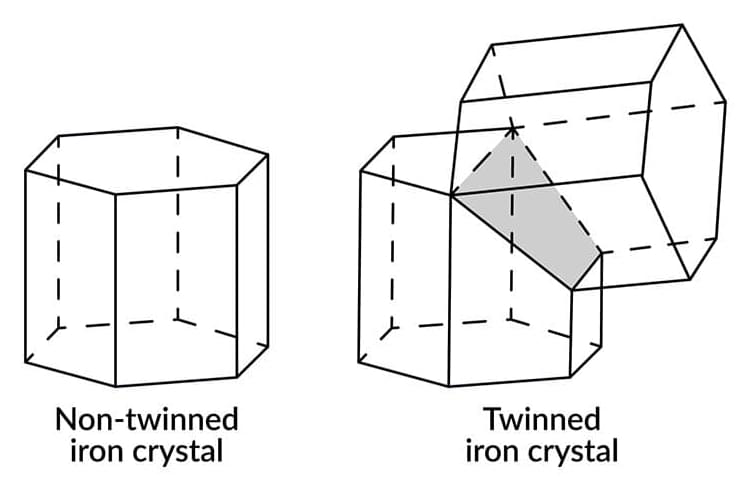 Far below you lies a sphere of solid iron and nickel about as wide as the broadest part of Texas: the Earth’s inner core. The metal at the inner core is under pressure about 360 million times higher than we experience in our everyday lives and temperatures approximately as hot as the Sun’s surface.

Earth’s planetary core is thankfully intact. But in space, similar cores can collide with other objects, causing the crystalline materials of the core to deform rapidly. Some asteroids in our solar system are massive iron objects that scientists suspect are the remnants of planetary cores after catastrophic impacts.

Measuring what happens during the collision of celestial bodies or at the Earth’s core is obviously not very practical. As such, much of our understanding of planetary cores is based on experimental studies of metals at less extreme temperatures and pressures. But researchers at the Department of Energy’s SLAC National Accelerator Laboratory have now observed for the first time how iron’s atomic structure deforms to accommodate the stress from the pressures and temperatures that occur just outside of the inner core.

END_OF_DOCUMENT_TOKEN_TO_BE_REPLACED 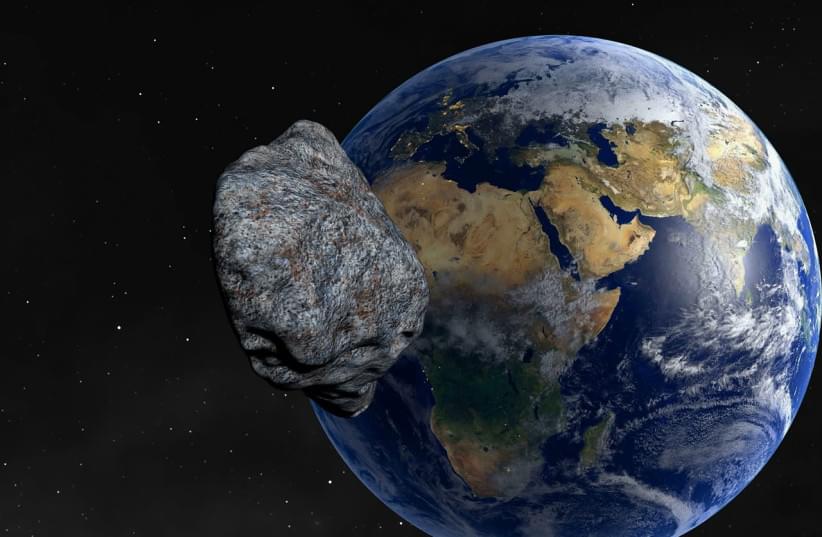 Dubbed 4660 Nereus, or 1982 DB, this vaguely egg-shaped asteroid has a size making it taller than the Eiffel Tower and nearly twice as tall as the Washington Monument. It is set to pass by the planet on December 11 at a distance of approximately 3.9 million kilometers and at a speed of 6.578 km/s.

For comparison, the distance between the Earth and the Moon is about a thousandth of that – around 385,000 km. As such, despite being classified as a Potentially Hazardous Asteroid (PHA) due to its size and close proximity to Earth, it seems unlikely to pose a threat to the planet.

END_OF_DOCUMENT_TOKEN_TO_BE_REPLACED 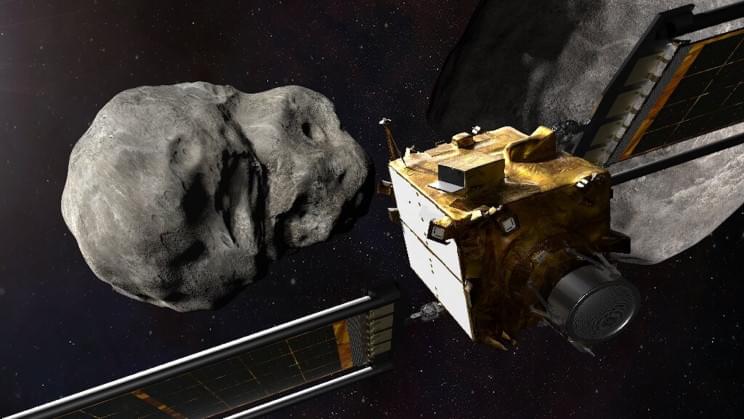 In a concept test for an advanced planetary defense solution.

We are vastly unprepared for the event of an impending, potentially civilization-ending asteroid impact. Knowing this, NASA is developing planetary defense solutions to add to its arsenal of space technologies.

One of these technologies, NASA’s DART spacecraft, is scheduled to launch aboard a SpaceX Falcon 9 rocket at 10:20 Pacific time on November 23 a press statement reveals. … See more.

END_OF_DOCUMENT_TOKEN_TO_BE_REPLACED 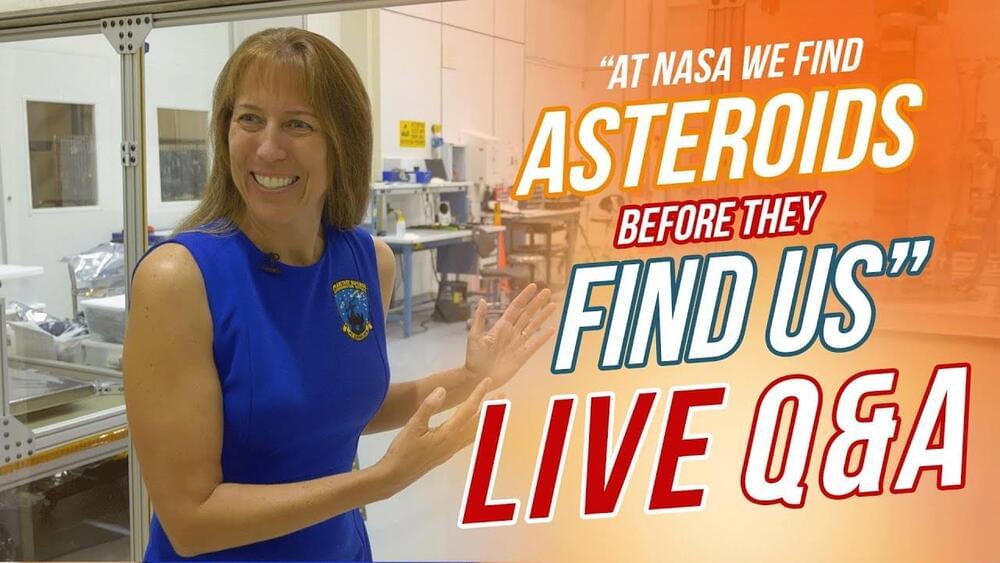 NASA planetary defender Dr. Kelly Fast has a hard and fast rule: “Find asteroids before they find us.” Working in NASA’s Planetary Defense Coordination Office, Kelly is helping send the #DARTMission to test “nudging” an asteroid in space. DART, short for Double Asteroid Redirection Test, is a planetary defense-driven test of technologies for preventing an impact of Earth by a hazardous near-Earth object. DART will be the first demonstration of the kinetic impactor technique to change the motion of an asteroid in space. NOTE: the target asteroid is currently not a threat to Earth.