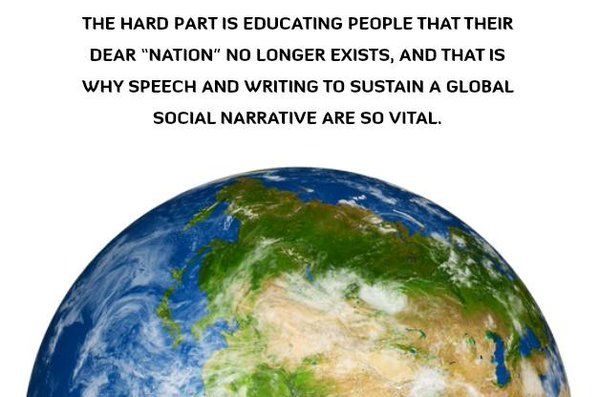 Originally published in Issue 13 of The Venus Project Magazine 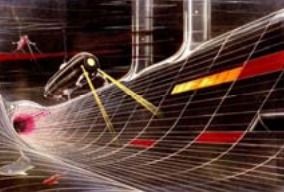 Jacque Fresco’s futurist book, Designing the Future which serves as something of an introduction the revolutionary Venus Project, is a manifesto for redesigning civilization itself.
Jacque makes a call for a renewed modernism: “The application of scientific principles, for better or worse, accounts for every single advance that has improved people’s lives.” However, the real aim of the Venus Project is the abolition of money, which is described by Jacque as nothing but a source of debt, servitude and other injustice.
The book elaborates an anti-war and one-world vision that is very difficult to oppose. Indeed, its statements reflect some of the most enlightened views in the world today, with its staunch opposition to nationalism. Conflict, Fresco states, “is now totally unacceptable and dangerous because of war’s extreme human and environmental costs.” Even more appealing is Fresco’s encouragement that we treat the world as an “interrelated system with all its people as one family.” This amounts to an open-borders and anti-militarist position that I think reflects the aspirations of some of the most desperate and mistreated people on Earth and could lead to a profound reduction of hostility for all (p. 4–5).
Jacque writes that we need “new outlooks and approaches” and we should “direct the future”. This is a call for everyone to get involved – not just the elite. He challenges us to think how we might organize the world, if it were up to us. Personally, I do not feel qualified to organize the world, although I do think we can all say what we don’t think should happen. The solution, Jacque writes, must be “free of bias and nationalism”, which translates to an acknowledgment that Nineteenth Century nation-states are well beyond their best-before date.
In recognizing that nation-states are obsolete, Jacque warns we should still avoid generating “bad feelings” (p. 6–7). Jacque forewarns that what he is advocating is a “difficult project requiring input from many disciplines”. This recognition of the academic side of what he is advocating makes me bring in another respected theorist, Immanuel Wallerstein, whose work has focused on “reconceptualizing” the world to understand things like nation-states and vast global inequalities as production relations.
In a way, I am fully onboard with what Jacque is advocating already. If we could reconceptualize global society at a more popular level, rather than purely at an academic level, our task would be somewhat similar to the popularization of science attempted by such people as Carl Sagan. Nations, within the global social system, are only fleeting entities. If we could get people to accept that interpretation of society, we would accomplish what Jacque Fresco is talking about, but it is hard. I consider my own anti-statist essays as a contribution in that direction, and I would encourage other commentators to do their part, using whatever rhetoric or teaching methods they think best.
Jacque puts forward the idea that the scientific method should be rigorously applied to avert some of the biggest killers in modern life, e.g. car crashes (p. 15–17). This is a fairly convincing case, and one that I think has not been advocated yet by any other theorist, so Jacque deserves a lot of credit for it. The way to achieve it would probably involve integrating the local authorities with scientific advisory boards and ethics committees. This would have the added benefit of creating nice jobs for a lot of the students who tend to be thrown into positions that do not let them fulfil their true potential. One could argue that there are already plenty of science committees influencing governments, but it is not unreasonable to advocate there should be more, and at more local levels.
Matching what many intellectuals have pointed out, Jacque says “technology is moving forward but our societies are still based on concepts and methods devised centuries ago”, calling out the “obsolete values” that still shape many countries (the US not least of all) (p. 9). Another grievance mentioned is the corporate takeover of government, as protested against by the #Occupy movements. There are, today, “common threats that transcend national boundaries”, e.g. hunger, natural disasters of the kind that UN agencies are already attempting to combat (p. 10).
One of Jacque’s ideas resembles extropy, as articulated by Kevin Kelly. He states, “The history of civilization is the story of change from the simple to the more complex” (p. 13–14). Change is the “only constant”, the biggest enemy of which is the people in power who have trade advantages over others and strong reasons to maintain the status quo.
The best side of Jacque’s book is found in the compelling images of future architecture and design solutions that would reflect an economy geared towards human needs rather than profit. At least some of these principles will almost certainly become a reality in the future (p. 29–44, 48–52). However, Jacque’s ideas can be attacked from many angles, and these make it hard to accept the abolition of money that is really the core of his thesis:

“A much higher standard of living for everyone all over the world can be achieved when the entire Earth’s resources are connected, organized, monitored, and used efficiently for everyone’s benefit as a total global system – not just for a relatively small number of people.”