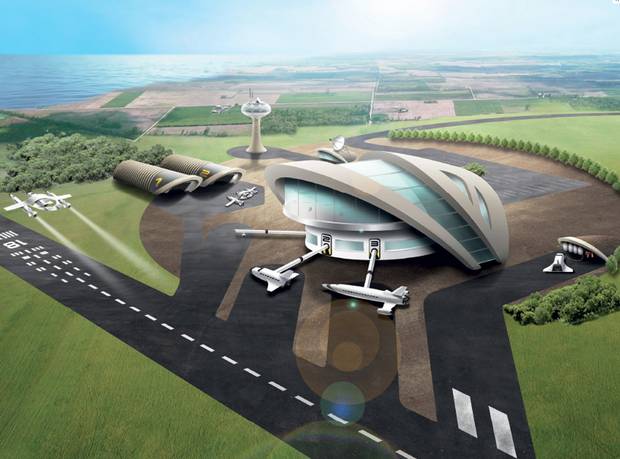 “Driverless cars, drones and a commercial spaceport all featured in the Queen’s Speech.”

#YEStoIndependence? According to much of the negative commentary in the Scottish independence debate, scientific research in Scotland will be negatively affected by independence. However, Scottish contributions to science will in the long term receive more recognition if Scotland is an independent state.

Scotland is on the periphery of the UK. According to supporters of independence, the public spending Scotland is receiving from London is not proportionate to what it contributes to the British economy. The interests of the Scottish people are marginalized by London.

Independence: justified for any group that is neglected and marginalized

Scottish independence is not some narrow-minded celebration of nationalism, but a prudent economic decision. London’s inability to let the Scots pursue their own interests has naturally driven the people towards increasingly wanting to govern themselves as an independent state.
Desperately negative or even outright threatening statements from London aimed at the Scottish people only strengthen their preference not to be governed by London, thus leading to an increase in support for independence. As far as the interests of the Scottish people are concerned, independence may be the best choice when they vote in the referendum in September about whether or not to be governed from London.

In the short term, funding to research in Scotland may indeed be negatively affected by independence, as predicted. However, this would really just be a transitory problem far outweighed by the long-term gains for the Scots.
An independent Scotland can be expected to want to change the direction of its development, including its research priorities, and these will be directed more in the interests of the Scottish people rather than Britain as a whole. In this sense, from London’s point of view, research will have been undermined, but from Edinburgh’s point of view it will only have been reoriented and sent in a different direction.
How Scotland progresses scientifically in the long term is up to the way successive Scottish governments handle research spending after independence, and that can be expected to be in the direction of improving their independent country’s standing globally. For this reason, the Scottish government already pledges that it will increasingly support research and development, working diligently to support Scottish scientists because this will help their independent country to stand out.

Scotland to get more recognition in scientific world, if independent

Independence will fundamentally change the way Scotland is perceived in the world. Rather than being seen as a periphery of Britain and all of its accomplishments being credited to the UK, Scotland will become an increasingly strong brand in itself and attract a lot of investment. Best of all, its people will be more recognized for their contributions to science, rather than all the credit going to London. It will have a unique opportunity to grow its own scientific community, and become a centre in ways that it was not before. After independence, there would likely be a lot of effort to create a ‘Scottish Silicon Valley’.
If people have doubts about this being a realistic outcome, they should consider Scotland’s leading scientific role in the United Kingdom at present. Most notably, Scotland is able to manufacture its own satellites and is becoming the site of the first spaceport in Britain. This is not a gift from the UK government, but a combination of the ideal launch sites being in Scotland and the fact that Scottish companies are in the lead in producing components and systems for the UK’s satellites. Considering these advantages, Scotland is likely to have a stronger presence in space and more leeway to make breakthroughs as an independent country than as part of the United Kingdom.
The UK’s scientific contributions could be reduced in the world’s eyes by the loss of Scotland from the Union, but Scotland’s contributions will be more recognized. As an independent country, it will stand out more and will be more motivated to improve its global standing.
There is good reason to expect that Scottish independence is not going to harm scientific funding or collaboration, and will instead lead to more recognition, more competition and a better use of resources within Scotland itself. In truth, this should be expected to lead to more effective global collaboration and more success.