Soyuz creeping up in cost

NASA has been dependent on Russia for transport to and from the ISS. Over time the cost of seats on the Soyuz crew vehicle have risen.

The Roscosmos’s Soyuz vehicle has been ferrying crew to the International Space Station since November 2000. Originally Soyuz was designed to carry cosmonauts to the Moon, however was repurposed to be the main transport vehicle for Russia over the years. The Soyuz spacecraft is capable of carrying three crewmembers at a time and is certified to remain docked with the ISS for a maximum of 200 days and is launched from the Baikonur Cosmodrome launch site.

Until the NASA Commercial Crew Program (CCP) is completed, Roscosmos remains the sole option for transporting astronauts to and from the ISS. At all times, at least one of the Soyuz spacecraft is docked at the International Space Station serving as an emergency lifeboat or escape pot should evacuation be needed. Typically two Soyuz capsules are docked at the ISS which allows up to six astronauts to remain on the International Space Station. The limit of six astronauts is established by the number of seats available for evacuation.

Read the rest of the article. 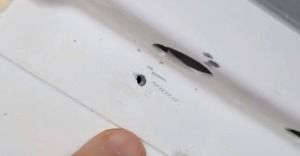