At the end of 2017 and the first months of 2018, we witnessed a surge of interest in Initial Coin Offerings or ICOs. Perhaps the word “interest” gives too much credit to ICOs. Most are scams. ICOs are pushed through by vendor hype, rather than pulled through by investor research. They are almost all pump-and-dump schemes.

But what about Bitcoin? It is not a scam, but questions remain about regulation, intrinsic value* and its likelihood to be superseded by something better. Bitcoin skeptics point to two facts: (1) Bitcoin is open source, and so anyone can create an equally good altcoin. (2) Newer coins incorporate improvements that overcome governance and scaling issues: cost, transaction speed, the burgeoning electric needs of miners, or whatever… 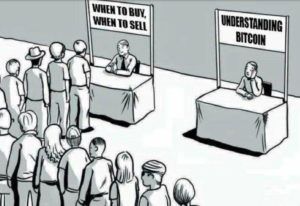 While both statements are true, they miss the point. This is not a VHS-vs-Beta scenario. Bitcoin has achieved a 2-sided network and it is free to fold in every vetted improvement that comes along. For Bitcoin, all those other coins are simply beta tests.

Even the functional tokens will unwittingly feed their “improvements” into Bitcoin. For this reason, it is a safe bet that Bitcoin will reign supreme for years to come—perhaps even long enough for the dominos to fall.

Why I rarely consult to ICOs or prospective ICO investors

I recently presented at cryptocurrency expos in Dubai and Gujarat. As a result of these presentations, my organization now receives ICO pitch decks, white papers and business summaries—15 or 20 each week. About ⅔ are sent by investors asking for advice as an investment opportunity, while ⅓ are from issuers seeking accreditation from CRYPSA or at least a quote than can be used as a comfort statement.

The market potential for consulting to issuers and high-rolling investors is very alluring. Figuring that we could certify gems and advise the dogs (help them to create a more legitimate token), we put together a business plan to address a massive new consulting opportunity. But guess what?

… They are ALL dogs! That’s right! ICOs are scams. They are not the same as ‘altcoins’, which is a term more commonly used for open source forks of legitimate cryptocurrency platforms.

Now, the SEC has begun to investigate ICOs and for good reason. Most are thinly veiled scams to fleece widows and orphans by ducking under securities regulations. Others are MLM scams, proprietary mechanisms (in which founders or early partners hold all the cards), or they are simply poor/fake implementations of Blockchain services.

How to spot an ICO scam (Hint: They are almost all scams!)

What fraction of ICOs are scams? More than 97% according CRYPSA. To preserve our reputation, we have suspended a high profit project to endorse the hidden gems. Despite scores of applicants, we simply cannot find any worthy of accreditation, with the exception of a few Bitcoin forks. But, these forks are altcoins, and not really ICOs. 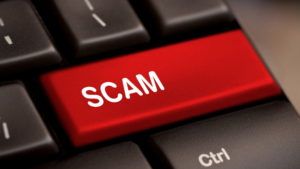 So, what are the signs that an ICO is a scam? Is there anything you can do—short of hiring an expert—to evaluate each new proposal that comes along?

We don’t advise or recommend holding such risky tokens—but for those attracted to the siren call of ICOs, here are six common tale tell signs that you are dealing with a scam:

Because most initial coin offerings exhibit these traits, I pass on opportunities to consult or present at organizations and conferences that cozy up to ICOs. This decision limits my participation at many crypto venues, but my conscience is clean and my Bitcoin future is secure.

Resist the siren call and keep your wits about you. You, too, can also avoid the illusory trap of ICOs. Run, hide or just ignore them. “These are not the coins that you are looking for.” (with apologies to Obi-Wan Kenobi and Alec Guinness).

Philip Raymond chairs CRYPSA, publishes A Wild Duck and hosts the New York Bitcoin Event. He was featuerd at cryptocurrency conferences in Dubai, South Africa and India. Click Here to inquire about a presentation.