For most of us, figuring out the value of something that we want, comes from research. If you want a new set of wine glasses, you check the price online. Perhaps you consult a catalog. If the set of 8 stemware goblets that you like are a current model from a major company, there are probably many places to buy them. If there are multiple Ebay sellers and many recently completed sales, then you can establish the value with precision.

I’ve written a lot of Bitcoin articles on this Lifeboat Blog and elsewhere, so, let’s dig a bit deeper this time. Let’s talk about from where value really comes.

In the end, an item’s value is a direct result of supply and demand. It’s no different with a currency. And let’s be clear: Despite a raging debate, Bitcoin is a currency and not just a payment instrument. How can I be certain? Try this mental exercise—

Western Union money orders and Amazon Gift cards are each trusted monetary instruments. They facilitate cash transactions. But are they currencies with inherent value? If so, there would be no need to denominate them in units of fiat currency.

A money order is only worth something before it is redeemed. The gift card is only worth $500 when it is purchased or received as a gift. As the $500 is depleted, it becomes worthless. Eventually, it is just a piece of plastic. But like a dollar bill, a bitcoin can be circulated over and over. You may believe that its value comes from the government, but more realistically, its value arises from brand recognition and from pure supply and demand—not from a trusted redemption authority.

Bitcoin isn’t the first ethereal stash of bits with value. But it is more durable than others. The latest Pixar film on DVD or On Demand from your cable service provider has value. But piracy reduces the value dramatically. The supply is no longer scarce (no matter the demand) because of the ease and willingness to replicate digital files in any quantity. A Picasso painting is very rare, but it is so scarce, that we cannot gather enough data points to establish a stable value. Even worse, it’s not portable, divisible or fungible and it is nearly impossible to validate in the hands of the average person.

But, commodities like iPhones, Doritos tortilla chips—or even non-branded things, like Idaho potatoes, have a large and fluid market. These things have very measurable value and we can track the change in value over time.

People like to think that money is different than other commodities. In practice, it differs only by its handling characteristics: Compared to a 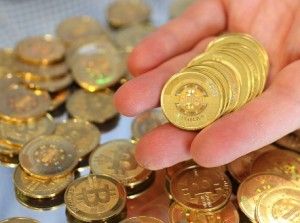 Picaso painting or a new iPhone 6, currency has these properties. It is:

Bitcoin has all of these characteristics. In fact, it surpasses your national currency in every way. But many people are confused about that last niggling detail… Aristotle called it “intrinsic value”. They worry that there is no gold—or at least the promise of a stable government—to establish and stand behind the value of a bitcoin unit (BTC). The concern is understandable, but it is wrong.

Recall that value arises through supply and demand and not simply because of authority or promises. The real question is “Can we trust that the supply is limited and that the demand is durable?”. That is, will my coin be recognized, coveted and honored in the future?

The Case Against Bitcoin as a Currency

Here are some frightening facts (frightening for some cryptocurrency enthusiasts and early adopters): Bitcoin is manufactured out of thin air. It lacks the underpinnings of a traditional currency. Referring to that last item on Arisotle’s list above, Bitcoin seems to fail the test of intrinsic value, because it lacks at least one of these properties:

In the absence of at least one of these things, detractors claim that Bitcoin lacks a foundation—and so it is effectively worthless. But value does not come only from authority. It comes from trust and is goverend by supply and demand.

In fact, math may be a more trusted ‘authority’ than the directors of your national treasury and reserve board. Supply and demand leads to more tangible value than bankers, especially if the math leads you to believe that the demand will continue to outpace the supply. In fact, this is the primary reason that you are comfortable with a $20 bill in your pocket. You have a pretty good idea, that next week, it will still buy 2 movie tickets or 2 pizzas.

Bitcoin has achieved a “two-sided network effect” (Google the term and the economist “Marshall Van Alstyne”). It has captured the public imagination more than Picasso. It cannot be manufactured. With a reasonable understanding of wallets, it cannot be seized, stolen or lost.

The ability to mine new bitcoins is capped with a total supply of 21 million units, and so there is no opportunity for governments to inflate it through mismanagement of taxation or spending. They cannot even inflate it with good intent (for example, when they need to repair a bridge or provide for the poor). Instead, the ability to pay for these services (and all other government functions) forces them to live within a balanced budget. Spending cannot outpace the revenue generated by taxes and bonds. In a Bitcoin economy, the bonds will more likely be paid back by user fees rather than the future debt of unborn generations.* You get the point: Because governments no longer control the printing press, they cannot make hollow promises and then kick the problem into the next administration. With a limited money supply that everyone recognizes as money, governments are forced to live within their means.

The last item in the list above decries Bitcoin’s lack of uniqueness. You cannot mint your own bitcoins of course—but you can create an equivalent bitcoin ecosystem yourself. If your name is Bob, you can call it Bobcoin. Many countries and organizations are already doing this.

This is really no different than the US Dollar or your own national currency. The government note is difficult to counterfeit, but so is your own signature when placed on a fancy printed currency (Let’s call it a Bob-Buck). The problem is that the dollar is widely recognized, trusted and accepted, but few people other than your kids are collecting Bob Bucks.

You would face the challenge of spurring adoption. Whether it’s Bob Bucks (paper) or Bobcoin (cryptocurrency), how will you get the world to covet, mine and trade your new currency? That’s the point of a two-sided network. It becomes increasingly more difficult after one method rises to the top—especially if that method is open, transparent and extensible. Bitcoin is open. It is subject to worldwide scrutiny. But this works both ways. Bitcoin can also add incremental improvements that are part of any pretender to the throne.

Bitcoin is not just a transient coin-du-jour. It evolves and so it will not die.

How Can the Value be Measured?

I get this question a lot, and so I am adding the answer here. There is no need to measure the value of Bitcoin or define debt. Its value floats with supply and demand like a true world currency. Because the supply growth is capped and well understood, it is resistant to manipulation. As time goes by, it becomes far less likely to exhibit wild swings in value.

A few years from now, if Bitcoin spikes or tanks by 10% in a short time, you will be more likely to wonder “What is affecting the dollar?” (or Euro), rather than “What is affecting Bitcoin”. Consumers will budget for the cost of a new car or refrigerator in BTC rather than dollars or Euros. You will even see catalogs that print prices in BTC and honor them for the life of the catalog or online sale. After all, in an international market, it makes sense to quote a price in units with no geopolitical boundaries, just as we quote time in UTC (formerly called GMT).

Are these predictions crazy? They are not even bold. For us, here at Lifeboat Foundation, they are rather obvious. If we can be accused of dreaming, it is because we are ahead of the game. Look ahead, yourself. The signs are clear…

If Bitcoin has Value, What is the Value?

As Bitcoin adoption moves past enthusiasts and early adopters, the capped supply of coins (21 million, max) will be spread thinner and thinner. This doesn’t play out like a classic shortage, because unlike a supply squeeze on food or medicine, you can work with a smaller piece of the pie each year. The piece needed to pay for a car or an iPhone simply gets smaller as the unit price floats higher and higher.

Last year, I set up an equation to predict how high Bitcoin will float in 5 or 10 years. It involved a lot of WAGs (wild *ss guesses). Although I am a pundit, I am not a mathematician, and so the attempt was incomplete. No need to rehash that exercise. 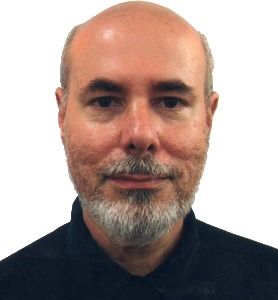 Eventually consumers, banks, brokers, and governments will recognize that Bitcoin is a far greater opportunity than it is a threat. It pulls the world together by decoupling currency controls from national agenda, inflation, manipulation and loss (You can back up your Bitcoin. Try doing that with your paper money or a defunct bank).

Philip Raymond is CEO and Co-Chair of CRYPSA,
The Cryptocurrency Standards Association.

_____________
* This is just one reason why an eventual transition to Bitcoin (as currency, and not just as a payment instrument) is in the national interest. It demonstrates to citizens that monetary policy is backed by more than growing debt, inflation or the promises of transient officials. It returns any government or economic entity to a non-inflationary, limited-supply pie. The pieces of pie can grow in value, but the pie cannot be watered down by printing more ingredients, counterfeit or even by enemy action.