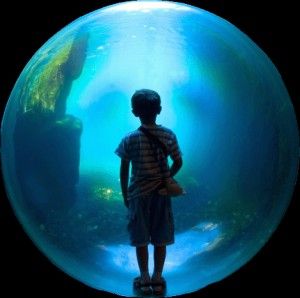 There is a real power in the act of physically moving. In so doing, each and every morning I can escape the cacophonous curse of the ubiquitous ESPN in the gym locker room. I toss my bag in my locker and immediately escape to the pure, perfect, custom designed peace of my iPod’s audio world. I also well remember the glorious day I moved away from the hopelessness of my roommate’s awful sub-human, sub-slum stench and into my own private apartment. The universe changed miraculously overnight. I think you can get my drift. The simple act of moving itself can be powerfully transformational. Sometimes, there is not enough bleach and not enough distance between the walls to have the desired effect. Physically moving is quite often the only answer.

As we consider transhumanist societies, such transitional power is certainly the result by many magnitudes. My team has been engaged in developing the first permanent human undersea settlement over the past few decades. In this process we have had the distinct advantage of planning profoundly transhumanist advances specifically because of the advantageous context of relative community isolation. Further we have the benefit of deriving change as a community necessity — as a psychological and cultural imperative for this degree of advanced cultural evolution. It is a real kind of powerfully driven societal punctuated equilibrium that can be realized in few other ways.

In moving into the oceans, the submarine environment itself immediately establishes the boundary between the new, evolving culture and the old. While the effect and actual meaning of this boundary is almost always overrated, it is nonetheless a real boundary layer that allows the new culture to flourish sans the interferences or contamination from the old. Trying to accomplish transhumanist goals while culturally embedded is far more difficult and far less persuasive to those who must undergo dramatic change and for the transformation to actually take hold and survive generationally. But in a new, rather isolated environment, the pressure to evolve and integrate permanent change is not only easier, it is rather expected as a part of the reasonable process of establishment.

In one of our most powerful spin-offs back to the land-dwellers (LDs), our culture will begin on day one as a ‘waste-free culture’. It is an imperative and therefore a technological design feature. It is a value system. It is codified. It is a defining element of our new culture. It is also radically transhumanist. In our society, we teach this to one another and to our children, as well as every subsequent generation. In our undersea culture we have a process called ‘resource recovery’, since every product of every process is a resource to be utilized in the next round of community life cycle processing. Hence even the vilest sewage is just a part of the carbon cycle for the next round of our life support system engineering. Nothing is to be ‘wasted’. Nothing is to be ‘cast off’. We cannot afford ‘waste’ of any kind, hence waste will cease to exist as a concept. Everything is a resource. The life of the next cycle depends on the successful re-integration of each preceding cycle. The future life and wellbeing of the colony directly depends on the successful implementation of the conservation of resources and in turn the preservation of the natural health of its immediate environment in just this fashion.

Such advancement would be most difficult to engineer in a land-dweller community. The first problem would be simple re-education and the most elementary expectations. The next hurdle would be the re-engineering of every process that the LDs now identify as ‘waste processing’, ‘waste storage’, ‘waste distribution’ etc. Sadly, much of the LD’s unprocessed and unstabilized product is dumped into our ocean environment! But in the simple act of moving the same people to a new social structure, the impossible becomes surprisingly straightforward and even easy to implement. The difference and the power were always implicit in the move itself. The transhumanist ideal seems much better framed in this context when one considers that this is only one of countless examples of building new societies that are cleanly separated from the old.

It is certain to engender arguments to the contrary, I am sure. For how often is the rare opportunity available to move into a new cultural paradigm cleanly distinct from its predecessor? Certainly then the transhumanist concept must be able to rely on in situ prototypes that must be ultimately successful for the successful evolution of the culture. I have no argument with this, except to emphasize the intrinsic power in clean cultural separation as described in this example.

Obviously the ocean settlement is only one prototype. Space settlements and surface based seasteading are other examples to consider. The fact is clear, transhumanist cultures will always and quite easily develop in the new isolated human communities that are about to flourish in the most unexpected of places.