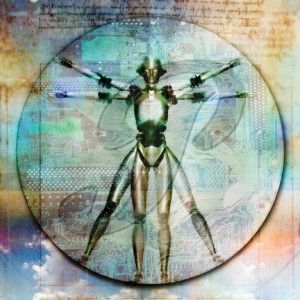 Originally posted via The Advanced Apes

Through my writings I have tried to communicate ideas related to how unique our intelligence is and how it is continuing to evolve. Intelligence is the most bizarre of biological adaptations. It appears to be an adaptation of infinite reach. Whereas organisms can only be so fast and efficient when it comes to running, swimming, flying, or any other evolved skill; it appears as though the same finite limits are not applicable to intelligence.

What does this mean for our lives in the 21st century?

First, we must be prepared to accept that the 21st century will not be anything like the 20th. All too often I encounter people who extrapolate expected change for the 21st century that mirrors the pace of change humanity experienced in the 20th. This will simply not be the case. Just as cosmologists are well aware of the bizarre increased acceleration of the expansion of the universe; so evolutionary theorists are well aware of the increased pace of techno-cultural change. This acceleration shows no signs of slowing down; and few models that incorporate technological evolution predict that it will.

The result of this increased pace of change will likely not just be quantitative. The change will be qualitative as well. This means that communication and transportation capabilities will not just become faster. They will become meaningfully different in a way that would be difficult for contemporary humans to understand. And it is in the strange world of qualitative evolutionary change that I will focus on two major processes currently predicted to occur by most futurists.

All these transitions share the characteristics described of subsystems coordinating to form a larger system that solve more problems than they could do individually. All transitions increased the rate of change in the universe (i.e., reduction of entropy production). The qualitative nature of the change is important to understand, and may best be explored through a thought experiment.

Imagine you are a single-celled organism on the early Earth. You exist within a planetary network of single-celled life of considerable variety, all adapted to different primordial chemical niches. This has been the nature of the planet for well over 2 billion years. Then, some single-cells start to accumulate in denser and denser agglomerations. One of the cells comes up to you and says:

I think we are merging together. I think the remainder of our days will be spent in some larger system that we can’t really conceive. We will each become adapted for a different specific purpose to aid the new higher collective.

Surely that cell would be seen as deranged. Yet, as the agglomerations of single-cells became denser, formerly autonomous individual cells start to rely more and more on each other to exploit previously unattainable resources. As the process accelerates this integrated network forms something novel, and more complex than had previously ever existed: the first multicellular organisms.

The difference between living as an autonomous single-cell is not just quantitative (i.e., being able to exploit more resources) but also qualitative (i.e., shift from complete autonomy to being one small part of an integrated whole). Such a shift is difficult to conceive of before it actually becomes a new normative layer of complexity within the universe.

Another example of such a transition that may require less imagination is the transition to complex language and self-awareness. Language is certainly the most important phenomena that separates our species from the rest of the biosphere. It allows us to engage in a new evolution, technocultural evolution, which is essentially a new normative layer of complexity in the universe as well. For this transition, the qualitative leap is also important to understand. If you were an australopithecine, your mode of communication would not necessarily be that much more efficient than that of any modern day great ape. Like all other organisms, your mind would be essentially isolated. Your deepest thoughts, feelings, and emotions could not fully be expressed and understood by other minds within your species. Furthermore, an entire range of thought would be completely unimaginable to you. Anything abstract would not be communicable. You could communicate that you were hungry; but you could not communicate about what you thought of particular foods (for example). Language changed all that; it unleashed a new thought frontier. Not only was it now possible to exchange ideas at a faster rate, but the range of ideas that could be thought of, also increased.

And so after that digression we come to the main point: the metasystem transition of the 21st century. What will it be? There are two dominant, non-mutually exclusive, frameworks for imagining this transition: technological singularity and the global brain.

The technological singularity is essentially a point in time when the actual agent of techno-cultural change; itself changes. At the moment the modern human mind is the agent of change. But artificial intelligence is likely to emerge this century. And building a truly artificial intelligence may be the last machine we (i.e., biological humans) invent.

The second framework is the global brain. The global brain is the idea that a collective planetary intelligence is emerging from the Internet, created by increasingly dense information pathways. This would essentially give the Earth an actual sensing centralized nervous system, and its evolution would mirror, in a sense, the evolution of the brain in organisms, and the development of higher-level consciousness in modern humans.

In a sense, both processes could be seen as the phenomena that will continue to enable trends identified by global brain theorist Francis Heylighen:

The flows of matter, energy, and information that circulate across the globe become ever larger, faster and broader in reach, thanks to increasingly powerful technologies for transport and communication, which open up ever-larger markets and forums for the exchange of goods and services.

Some view the technological singularity and global brain as competing futurist hypotheses. However, I see them as deeply symbiotic phenomena. If the metaphor of a global brain is apt, at the moment the internet forms a type of primitive and passive intelligence. However, as the internet starts to form an ever greater role in human life, and as all human minds gravitate towards communicating and interacting in this medium, the internet should start to become an intelligent mediator of human interaction. Heylighen explains how this should be achieved:

the intelligent web draws on the experience and knowledge of its users collectively, as externalized in the “trace” of preferences that they leave on the paths they have traveled.

This is essentially how the brain organizes itself, by recognizing the shapes, emotions, and movements of individual neurons, and then connecting them to communicate a “global picture”, or an individual consciousness.

The technological singularity naturally fits within this evolution. The biological human brain can only connect so deeply with the Internet. We must externalize our experience with the Internet in (increasingly small) devices like laptops, smart phones, etc. However, artificial intelligence and biological intelligence enhanced with nanotechnology could form quite a deeper connection with the Internet. Such a development could, in theory, create an all-encompassing information processing system. Our minds (largely “artificial”) would form the neurons of the system, but a decentralized order would emerge from these dynamic interactions. This would be quite analogous to the way higher-level complexity has emerged in the past.

So what does this mean for you? Well many futurists debate the likely timing of this transition, but there is currently a median convergence prediction of between 2040–2050. As we approach this era we should suspect many fundamental things about our current institutions to change profoundly. There will also be several new ethical issues that arise, including issues of individual privacy, and government and corporate control. All issues that deserve a separate post.

Fundamentally this also means that your consciousness and your nature will change considerably throughout this century. The thought my sound bizarre and even frightening, but only if you believe that human intelligence and nature are static and unchanging. The reality is that human intelligence and nature are an ever evolving process. The only difference in this transition is that you will actually be conscious of the evolution itself.