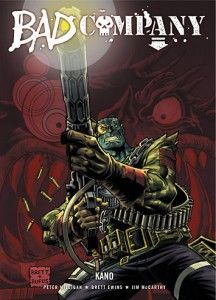 Perhaps you think I’m crazy or naive to pose this question. But more and more the past few months I’ve begun to wonder if there is a possibility here that this idea may not be too far off the mark.

Not because of some half-baked theory about a global conspiracy or anything of the sort but simply based upon the behavior of many multinational corporations recently and the effects this behavior is having upon people everywhere.

Again, you may disagree but my perspective on these financial giants is that they are essentially predatory in nature and that their prey is any dollar in commerce that they can possibly absorb. The problem is that for anyone in the modern or even quasi-modern world money is nearly as essential as plasma when it comes to our well-being.

It has been clearly demonstrated again and again — all over the world — that when a population has become sufficiently destitute that the survival of the individual is actually threatened violence inevitably occurs. On a large enough scale this sort of violence can erupt into civil war and wars, as we all know too well can spread like a virus across borders, even oceans.

Until fairly recently, corporations were not big enough, powerful enough or sufficiently meshed with our government to push the US population to a point of violence and perhaps we’re not there yet, but between the bank bailout, the housing crisis, the bailouts of the automakers, the subsidies to the big oil companies and ten thousand other government gifts that are coming straight from the taxpayer I fear we are getting ever closer to the brink.

Who knows — it might just take one little thing — like that new one dollar charge many stores have suddenly begun instituting for any purchase using an ATM or credit card — to push us over the edge.

Death by big blows or a thousand cuts — the question is will we be forced to do something about it before the big corporations eat us alive?