There is a stark contrast between the cover stories in current issue of Boys’ Life –vs- Girls’ Life. [see it here]. The Boys cover effectively urges males to learn, build, think and question assumptions. But, the Girls cover wonders “Oh My! What will you do with your hair and nails today!”

Although I am a feminist—and readily jarred by the juxtaposition of contrary messages—I am giving editors at Girls’ Life a ‘get out of jail’ pass this time. It may not be the sexism that it seems.

[Originally published at AWildDuck under my pen name, “Ellery”]

Jennifer Wright (@JenAshleyWright) kicked up a firestorm last week, when she tweeted a photo of two side-by-side magazines on a newsstand. The contrast between cover features of Boy’s Life –vs- Girl’s Life is startling. With characteristic sarcastic wit, she tweeted:

“Why are you feminists always complaining?
We treat boys and girls exactly the same.”

For those who are reading without the above image, the current issue of these magazines calls out to readers like this: 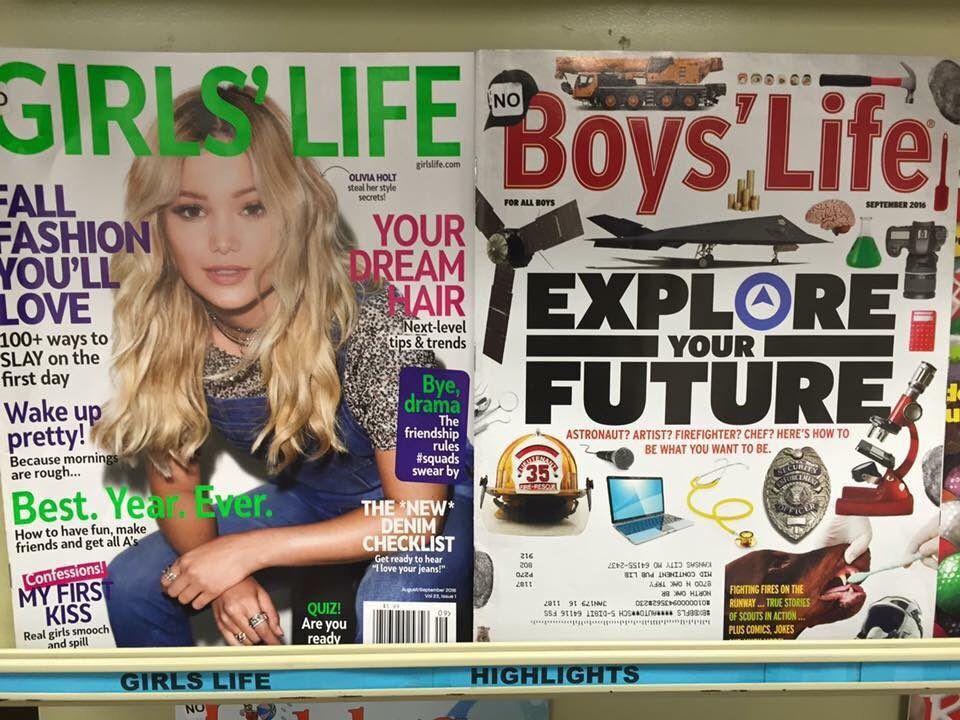 The difference between these covers suggests that the respective magazine editors are pushing 19th century aspirations onto the next generation of 21st century women. It’s a reminder of lingering differences in the way we perceive the sexes. But does this contrast present a fair and balanced comparison?

Certainly, there is work to do—but, the stark difference between these magazine covers may not point to a societal ill in the way that seems to jump off the screen.

My teenage daughter is clearly in the former group: She imagines, asks tough questions, builds, tears down, and then builds a better gizmo from scratch. She codes Android apps and creates massive murals for the local shopping mall. But, some girls care about classic ‘girly’ things, at least during their early years. And here’s a surprise…

Many of these gilrly girls exhibit just as much technical proficiency and self-confidence as their empowered peers. They are assertive, independent, financially savvy, and aware of their equal political and career footings. 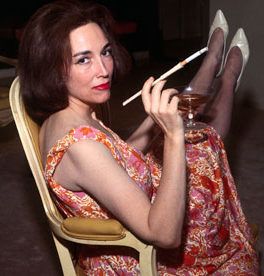 Yet, many of us feminists bristle at the thought of a female child who obsesses about their hair and nails (at least to the point of subscribing to a magazine in that venue). In fact, the two are not mutually exclusive.

So, can I still call myself a feminist in the mold of Betty Friedan or Gloria Steinem? Perhaps not. I am more likely to identify with a less militant Helen Gurley Brown. She was all about empowerment and sexual equality. Yet, somehow, she avoided pushing the sexes to be completely indistinguishable and androgynous.

Do you disagree? Do you think that I exhibit a Luddite attitude that is at the core of a chauvinistic society? Don’t just let it grate on you—Be a Wild Duck! Leave a comment here, next to the original article.