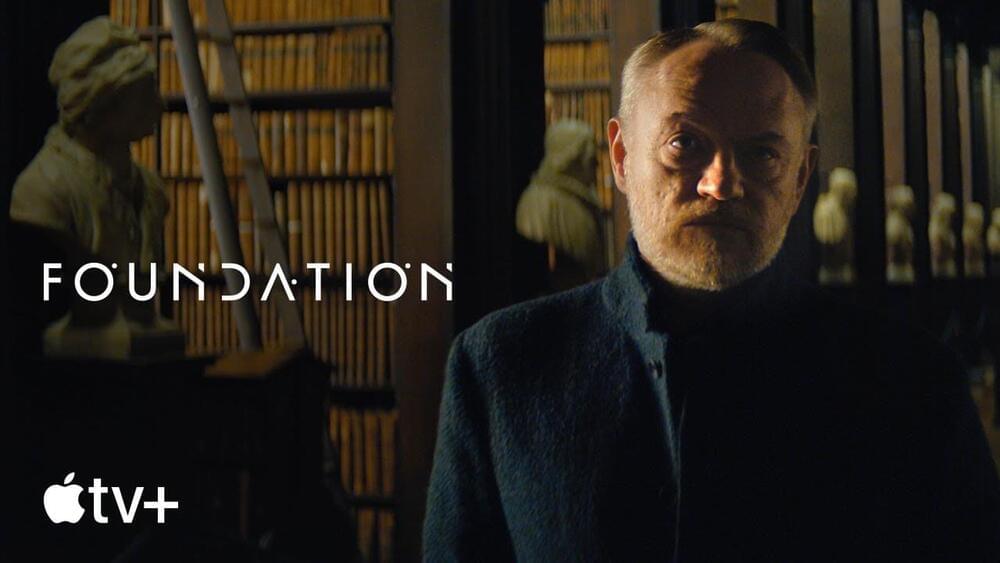 Isaac Asimov won the Hugo award for Best All-Time Series for his Foundation books, which follow a future human civilization through an apparently inevitable upheaval. The story begins amid a vast galactic empire in decline. Hari Seldon, a mathematician, develops the practice of psychohistory, a method of predicting future events using statistics.

Seldon predicts the fall of the galactic empire lasting 300,000 years. By his calculations, there’s no preventing the oncoming storm, but they can shift its trajectory. With a few small changes, humanity can reduce the period of recovery to just 1,000 years. Seldon is confident enough in his predictions that he convinces the authorities to let him create two gatherings of minds. Collections of scientists who will preserve humanity’s collected knowledge and lift future generations out of the looming dark age, known as the Foundations.

These stories have enjoyed enduring popularity among sci-fi readers, enough that they were recently adapted for television by Apple TV+, but the question remains: Can statistics really predict future events?

END_OF_DOCUMENT_TOKEN_TO_BE_REPLACED 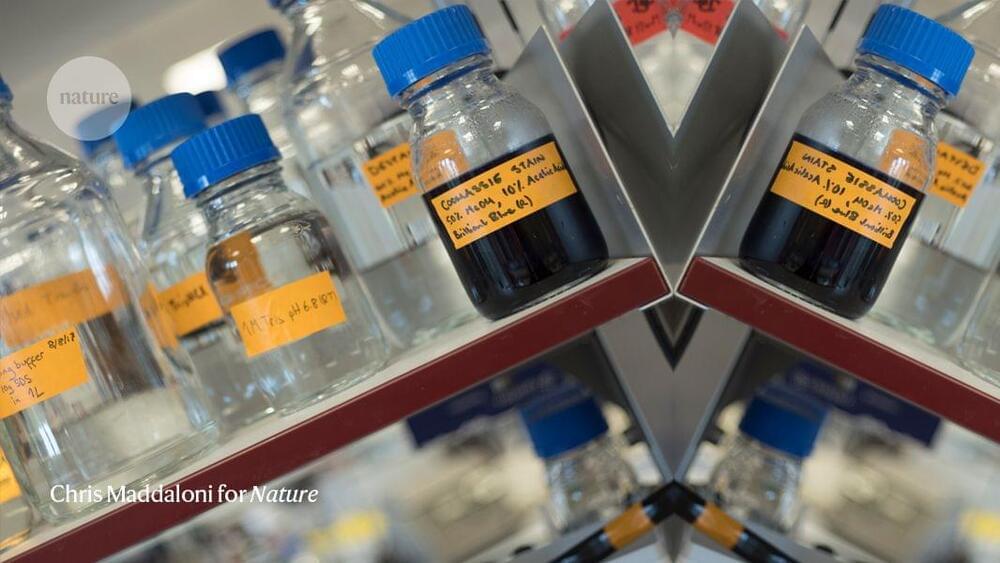 Every year, a few hundred scientists in the United Kingdom try to establish new labs from scratch; globally, thousands of researchers become heads of their own labs. From the outset, it’s a chase for money and a time of intense pressure as scientists try to build research programmes while juggling teaching, fundraising, publishing and family life. Ali began her lab with just £15,000 in grants to cover equipment and experiments; Dan had £20,000. Both need to recruit PhD students, and Dan must also devise and deliver a programme of lectures.

END_OF_DOCUMENT_TOKEN_TO_BE_REPLACED 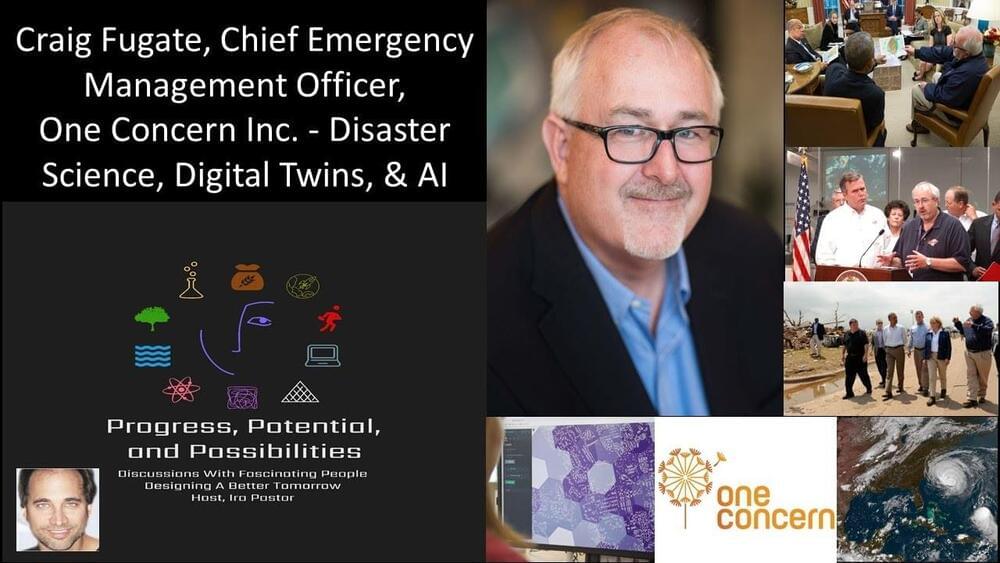 Mr. Craig Fugate is the former Director of the Florida Division of Emergency Management, and former administrator of the Federal Emergency Management Agency (FEMA — an agency of the United States Department of Homeland Security, whose primary purpose is to coordinate the response to disasters that have occurred in the United States and that overwhelm the resources of local and state authorities.)

Mr. Fugate is currently the Chief Emergency Management Officer of One Concern, (a Resilience-as-a-Service solutions company that brings disaster science together with machine learning for better decision making).

Mr. Fugate is also senior advisor at BlueDot Strategies, where he assists a range of clients with emergency management implementation strategies and crisis communications.

Mr. Fugate serves on the Board of Directors of PG&E Corp., one of the largest electric and natural gas utilities in the U.S., and on the staff at Indian River State College, serving as a strategic consultant in emergency management.

Mr. Fugate has decades of experience at the local, state, and federal levels in disaster preparedness and management. He has also overseen preparation and response efforts for disasters such as wildfires and hurricanes, health crises, and national security threats.

END_OF_DOCUMENT_TOKEN_TO_BE_REPLACED 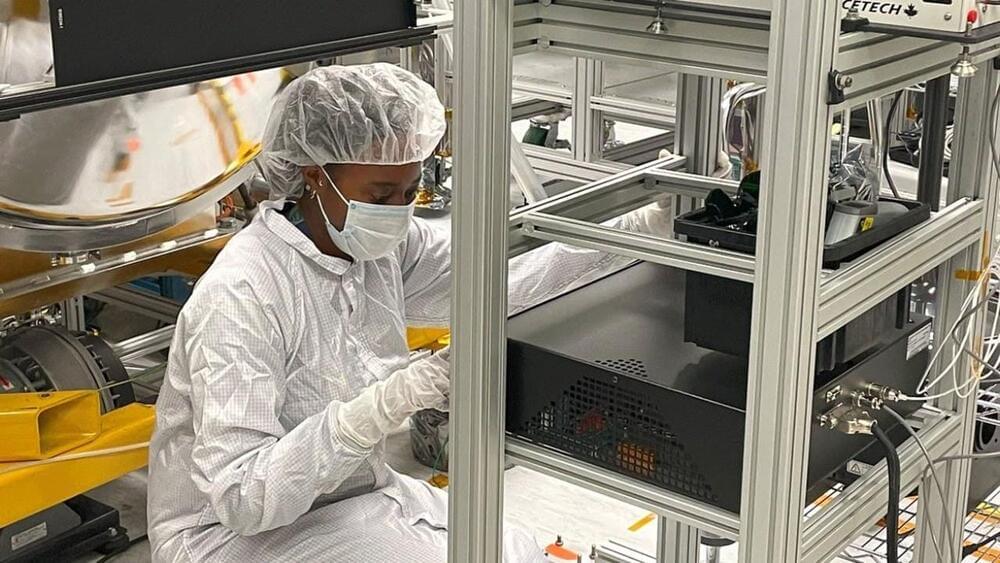 Pollution creates particulate matter (tiny floating particles) and aerosols that can be harmful to our health. With missions like the Multi-Angle Imager for Aerosols (MAIA), public health officials can start to map this particulate matter around the world, understand its effect on diseases, and know where the most risk is. In this month’s talk, we’ll chat with the instrument operations systems engineer for MAIA and discuss how vital positions like hers are for mission success and for making sure important data gets back to us on Earth.

END_OF_DOCUMENT_TOKEN_TO_BE_REPLACED 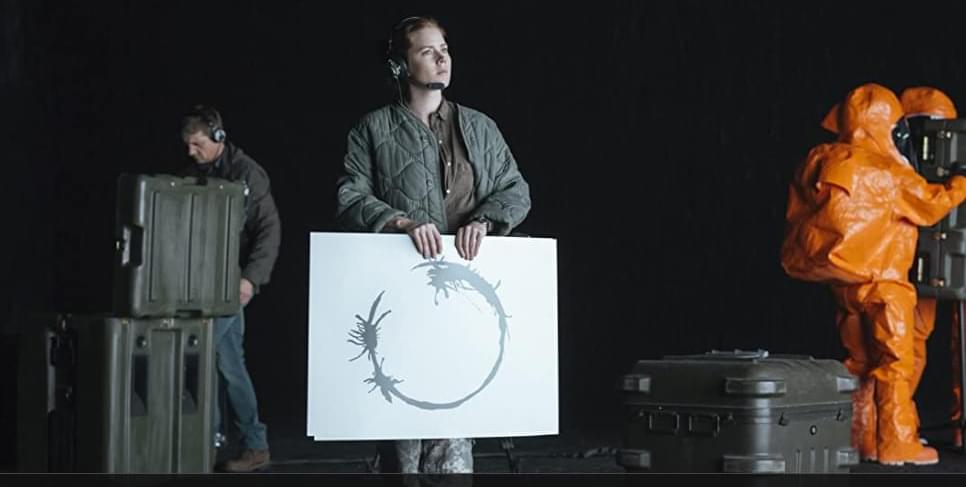 Some thoughts about possible communication with intelligent alliens, for more info see:

END_OF_DOCUMENT_TOKEN_TO_BE_REPLACED 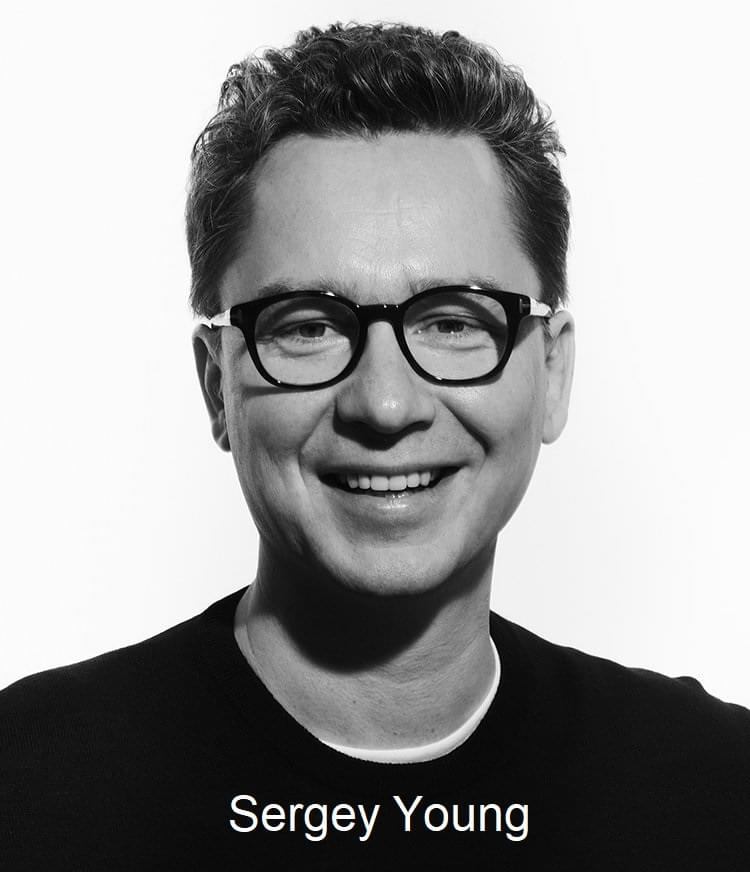 X-Prize board member Sergey Young on his new book, and the potential for a longevity X-Prize.

“We have created science and technology to extend our life, but we haven’t created life we want to extend.”–Sergey Young, Seeking Delphi™ episode #55, explaining why he believes more people do not support radical life extension.

END_OF_DOCUMENT_TOKEN_TO_BE_REPLACED

The newly formed biotech start up Halo Therapeutics, spun out from the University of Bristol, has become the latest company to join the Science Creates ecosystem.

The team is targeting new treatments for coronavirus as they expand on their exciting recent breakthrough discovery, which was published in Science Magazine.

New antiviral drugs offer the hope of broadening the range of treatments available to treat COVID-19. The recent findings by the Halo Therapeutics team have demonstrated that exposing the SARS-CoV-2 (Coronavirus) virus to a free fatty acid called linoleic acid locks the virus’s spike protein into a closed, non-infective form stopping it in its tracks.

END_OF_DOCUMENT_TOKEN_TO_BE_REPLACED 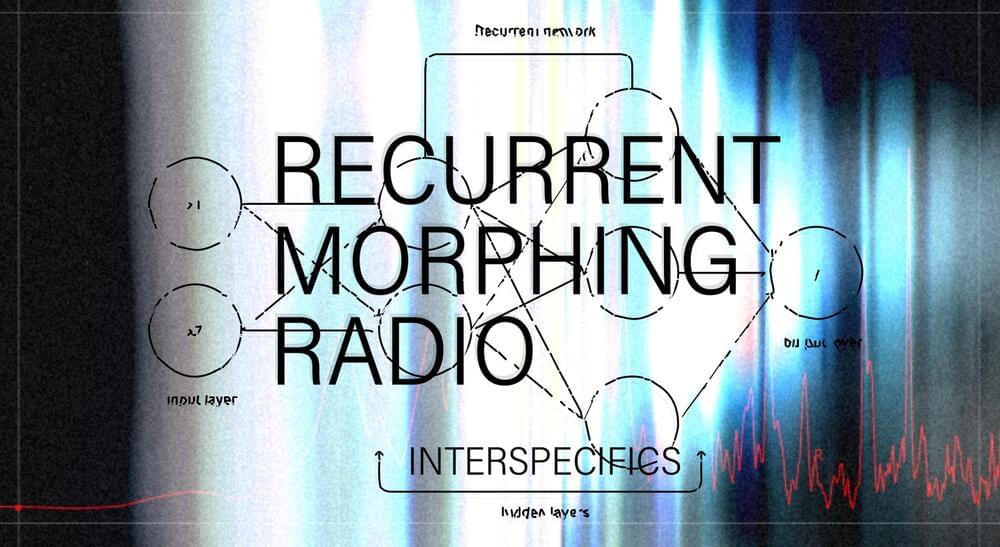 We embrace hybridized practices among different disciplines and living organisms, open knowledge and precarity as a challenge. Our current lines of research are based in the use of sound to understa…

END_OF_DOCUMENT_TOKEN_TO_BE_REPLACED

Nad plus works for alzheimers.

In June of 2,018 the World Health Organization (WHO) released the 11th edition of its International Classification of Diseases, and for the first time added aging.1 The classification of aging as a disease paves the way for new research into novel therapeutics to delay or reverse age-related illnesses such as cancer, cardiovascular and metabolic disease, and neurodegeneration.2,3 Nutrient sensing systems have been an intense focus of investigation, including mTOR (the mammalian target of rapamycin) for regulating protein synthesis and cell growth; AMPK (activated protein kinase) for sensing low energy states; and sirtuins, a family of seven proteins critical to DNA expression and aging, which can only function in conjunction with NAD+ (nicotinamide adenine dinucleotide), a coenzyme present in all living cells.4

Across the kingdom of life, an increase in intracellular levels of NAD+ triggers shifts that enhance survival, including boosting energy production and upregulating cellular repair.5 In fact, the slow, ineluctable process of aging has been described as a “cascade of robustness breakdown triggered by a decrease in systemic NAD+ biosynthesis and the resultant functional defects in susceptible organs and tissues.”6 Aging is marked by epigenetic shifts, genomic instability, altered nutrient sensing ability, telomere attrition, mitochondrial dysfunction, cellular senescence, stem cell exhaustion, and dysregulated intercellular communication.7,8

By middle age, our NAD+ levels have plummeted to half that of our youth.9 Numerous studies have demonstrated that boosting NAD+ levels increases insulin sensitivity, reverses mitochondrial dysfunction, and extends lifespan.10,11 NAD+ levels can be increased by activating enzymes that stimulate synthesis of NAD+, by inhibiting an enzyme (CD38) that degrades NAD+, and by supplementing with NAD precursors, including nicotinamide riboside(NR) and nicotinamide mononucleotide (NMN).12,13 A conceptual framework called NAD World, formulated over the last decade by developmental biologist Shin-ichiro Imai, MD, PhD, of Washington University School of Medicine, posits NMN as a critical, systemic signaling molecule that maintains biological robustness of the communication network supporting NAD+.6.

END_OF_DOCUMENT_TOKEN_TO_BE_REPLACED 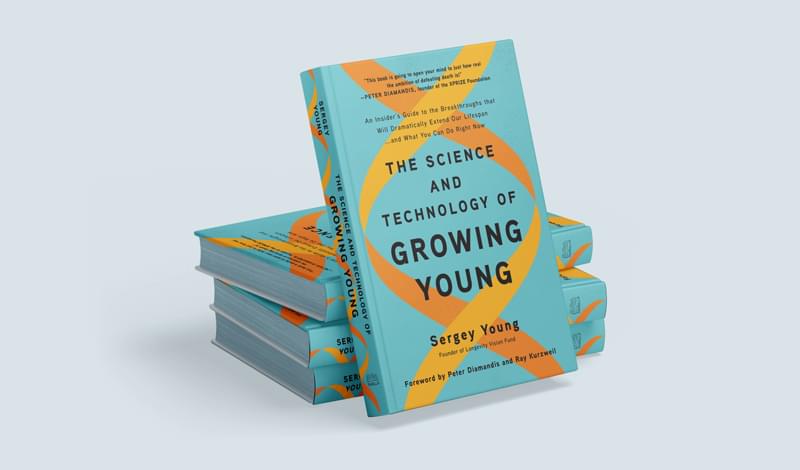 A new book, published this week, explains where aging research is heading – and what you can do today to extend your healthspan. https://www.futuretimeline.net/.…/28-the-science-and…

“Being alive and healthy is the greatest joy that exists, and there has never been a better time to be alive than today. This book is going to open your mind to just how real and close-at-hand the ambition of defeating death is!” —Peter Diamandis, founder of the XPRIZE Foundation.