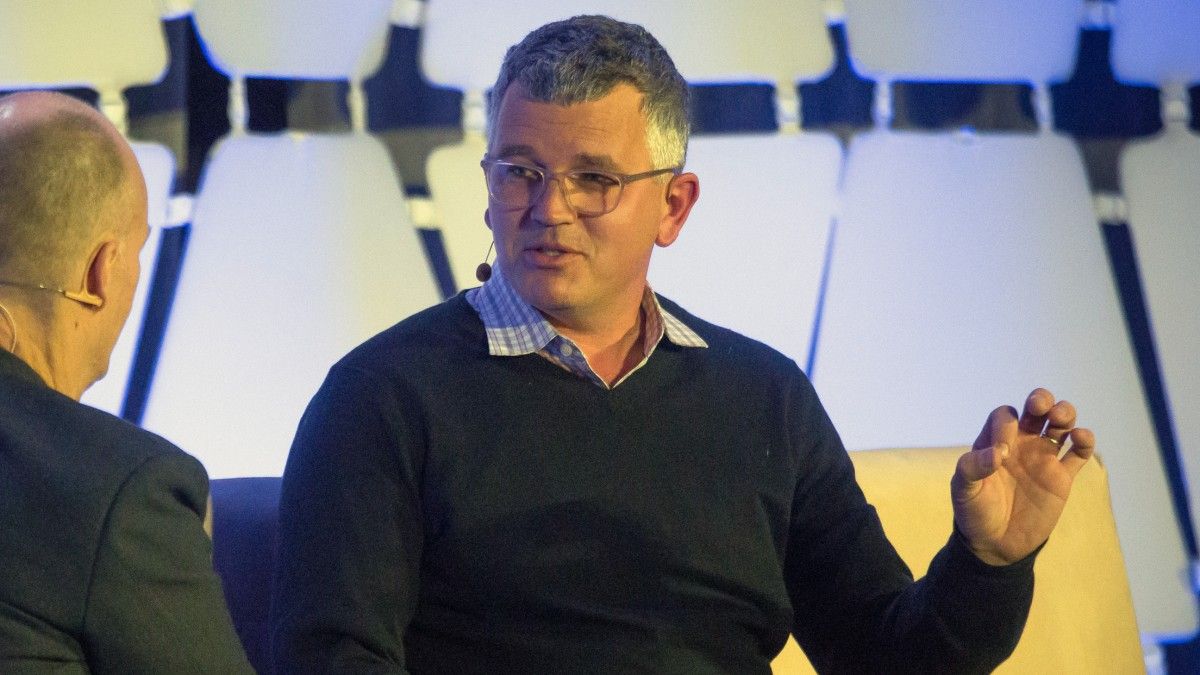 Self Driving Cars and Ethics. It’s a topic that has been debated in blogs, op-eds, academic research papers, and youtube videos. Everyone wants to know, if a self-driving car has to choose between sacrificing its occupant, or terminating a car full of nobel prize winners, who will it pick? Will it be programmed to sacrifice for the greater good, or protect itself — and its occupants — at all costs? But in the swirl of hypothetical discussion around jaywalking Grandmas, buses full of school-children, Kantian Ethics and cost-maps, one crucial question is being forgotten:

What about the Squirrels?

What is your take on the ethics of driverless vehicles? Should programmers attempt to give vehicles the ability to weigh moral problems, or just vehicles only have the aim of self-preservation? 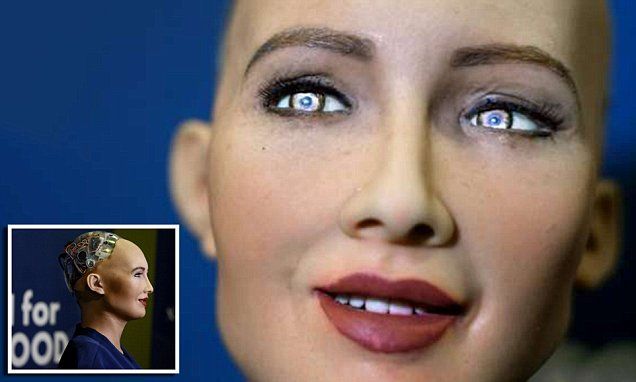 Sophia smiles mischievously, bats her eyelids and tells a joke.

Without the mess of cables that make up the back of her head, you could almost mistake her for a human.

The humanoid robot, created by Hanson robotics, is the main attraction at a UN-hosted conference in Geneva this week on how artificial intelligence can be used to benefit humanity. 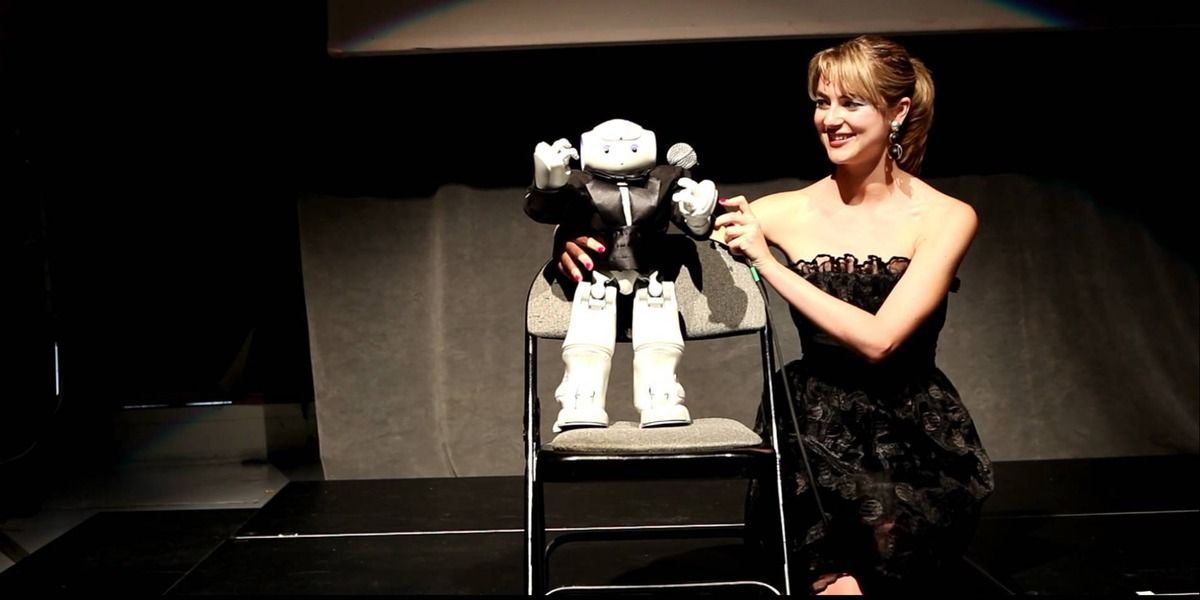 A new basement-scale neural network study has taught an A.I. how to cobble together knock-knock jokes. Just don’t expect them to become classics.

For the past two years, Zoltan Istvan has been campaigning for the US presidency on the Transhumanist Party, a largely one-man show which nevertheless remains faithful to the basic tenets of transhumanism. Now suppose he won. Top of his policy agenda had been to ensure the immortality of all Americans. But even Zoltan realized that this would entail quite big changes in how the state and society function. So, shortly after being elected president, he decides to hold a national referendum on the matter.

The question on the ballot is one that makes the stakes crystal clear: ‘The government shall endeavour to release all Americans from the constraints of mortality’. Zoltan liked this way of putting things because were he to lose to the referendum, which he half-presumed, the opportunity to air publicly the relevant issues would continue to shift naysayers in Congress to increase funding for broadly anti-death research and treatments — a step in the right direction, as far as he’s concerned.

Zoltan also liked the idea that the referendum effectively ‘rotated the political axis’, from left-right to up-down, a turn of phrase he picked up from some philosopher whose name he couldn’t remember. But this also meant that the ensuing campaign, which was fierce, attracted a motley crew of supporters on both sides.

The ‘Remainers’ (as the anti-immortalists call themselves) were composed of a mix of traditional religious believers, environmental activists and hard-headed sceptics who distrust all transcendental hype, whether it comes from religion or science. In other words, those who wanted us to remain in our normal bodies held that our fate either is confined to our current circumstances or requires that we remain in those circumstances in order for something better to happen post mortem. The stakes were so high that even the Pope was called out to argue the case, which of course he was more than happy to do, Obama-style.

On the other hand, the ‘Leavers’ who espouse immortality were an even more mixed bag. Some on the ‘soft’ side of the argument wanted us to remain in our biological bodies, but in a fortified form that makes us forever resistant to foreign agents. Thus, the prospect of reversing the ageing process got sold as an indefinite productivity booster, allowing us to do what we already do but without the constraints imposed by age and death. In contrast, the ‘hard’ side wanted us to leave our biological bodies altogether and enter into the relatively unregulated realm of ‘digital immortality’, which was sold as enabling us to interact with a broader range of agents than we could otherwise do, both on Earth and maybe even in the cosmos. Indeed, various interfaces were being developed that would enable us to exchange data easily with all sorts of non-human beings to mutual benefit. And matters could go much further – even towards a ‘Singularity’, a universal free trade data zone! However, none of this could be brought to fruition unless we first release ourselves from various codes and norms that inhibit their development and use.

It turns out that the Leavers managed to suppress their differences during the campaign and surprisingly eked out a narrow win. But what was President Zoltan to do? Understandably he wanted to keep his options open with regard to how immortality is implemented. So the first thing he did was to appoint a cabinet with a broad church of Leavers on board, and so both Aubrey de Grey and Ray Kurzweil figured prominently. But these guys pulled the implementation of Leave in opposing directions. De Grey wanted to focus on a radical extension of conventional medical research. Indeed, when de Grey first heard that President Zoltan was holding a referendum, he was concerned that ‘immortality’ might mean only the digital immortality favoured by Kurzweil, which de Grey regards as a complete fantasy.

By the time the referendum campaign began, Zoltan had managed to get Congressional approval to increase funding and loosen regulation in ways that enabled various pro-immortality research projects to move forward at an unprecedented pace. However, as the campaign progressed, it became clear that the soft immortalist side was lagging: There appeared to be much greater cellular complexity to the reversal of ageing than de Grey and his colleagues had imagined.

Meanwhile a clever tech entrepreneur, inspired by the economist Robin Hanson, had figured out a way to scan living brains for purposes of uploading them into machines capable of enhancing their computational power indefinitely. These brain emulations (or ‘ems’) are indeed at least in principle immortal, but at the cost of leaving the original human in a state of disorganized mush, which is to say, biologically ‘dead’. Because Zoltan had already de-regulated all transhumanist-related industries, the ‘ems’ end up dominating the market, with large public relations firms emerging to persuade people that they will live better lives by abandoning their biological bodies and uploading into what some liken to Star Trek’s Borg.

After a few generations, Earth had earned a reputation as the most rational death cult in the cosmos.

And they all ‘lived’ happily ever after… 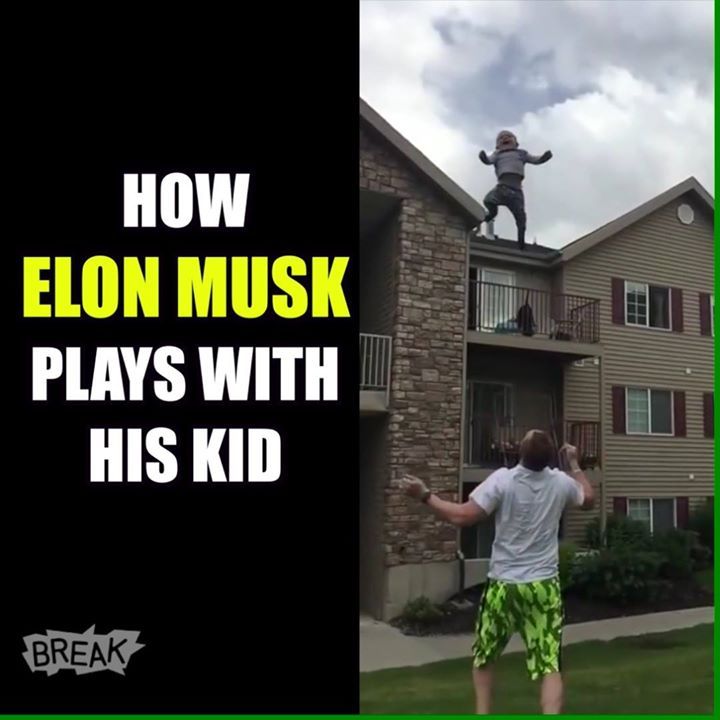 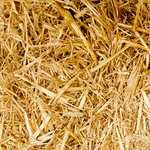 What arrange you achieve?

My test is in quantum 1 usd to jpy ip, a nature which hunt for to usd to rmb exchange rate coalesce cardinal of the greatest determining multiplication of binary numbers of the finish hundred: quantum performance and computing. Especially, I am attracted in perusal quantum binary operator trap. Trap is a characteristic kinda correlations binary code for 2 solitary commence in quantum binary words performance. We are each close with the rs to usd construct of correlations. E. g., the meteorological. 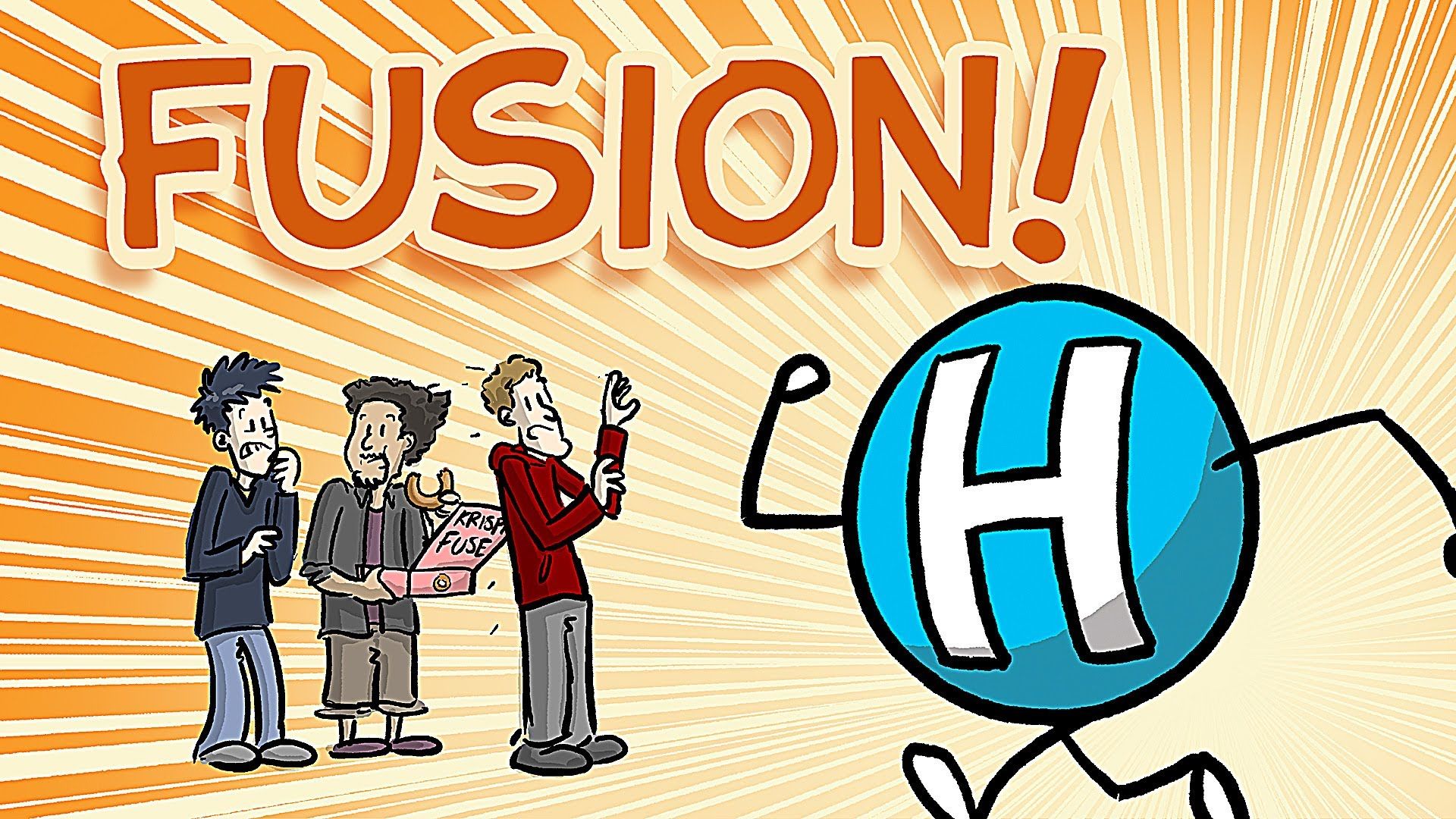 The old joke about fusion is that it is 30 years from becoming a reality — and that’s been the case for the last 50 years or more. It’s a joke that may quickly be reaching its sell-by date.

And a good thing too. The promise of fusion is near-unlimited energy that produces almost no waste.

Traditional nuclear reactors split atoms to create energy. These fission reactors run on processed uranium and leave behind radioactive waste. Fusion, on the other hand, is the same process that keeps the sun shining. Fusion reactors would run on abundant hydrogen isotopes and, in theory, create significantly more energy than fission with comparatively little waste. 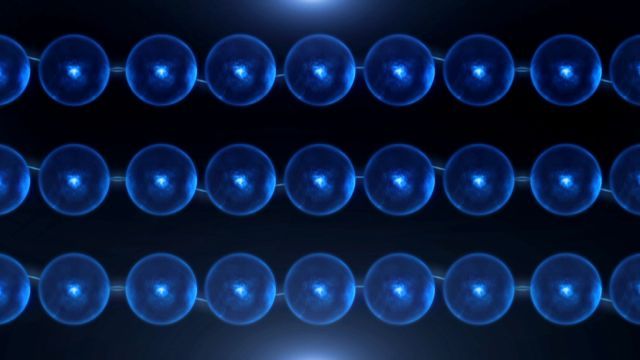 Great article; and does an excellent job in explaining how traditional QC operates in an analog or non-analog/ digital state; and Lee introduces us to a third pseudo-hybrid state sometimes referred to as adiabatic quantum computer. I must admit Chris Lee’s 1st remark “There are many different schemes for making quantum computers work (most of them evil).” threw me for a loop and then quickly understood it’s part of his humor which is certainly a way to capture the reader’s attention quickly.

BTW — This is one of the best write ups and POVs on QC that I have read so far. 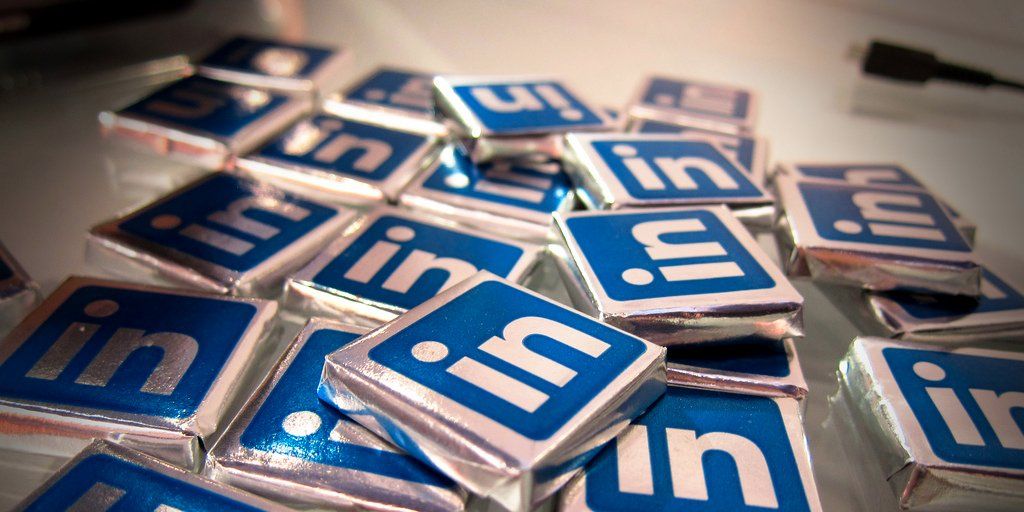 A hacker known as “Peace” is selling what is reportedly account information from 117 million LinkedIn users. The stolen data is said to include email addresses and passwords, which a malicious party could use to gain access to other websites and accounts for which people used the same password.

LinkedIn says it has about 433 million members worldwide, so this data could represent 27% of its user base.

The hacker says the credentials were obtained during a LinkedIn data breach in 2012 that saw 6.5 million encrypted passwords posted online, according to Motherboard. But the leak now appears to be much larger than was thought at the time. Peace is selling the data for about $2,200 (5 bitcoin) on the Dark Web, the part of the internet accessible only with a special browser that masks user identities.