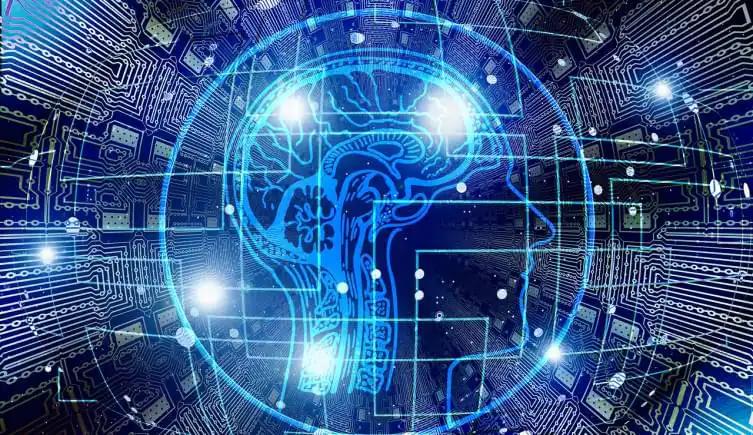 From preventing blindness to helping children read to forecasting floods, AI has come a long way from the specialised labs where it emerged, here’s how it is reshaping lives in India.

END_OF_DOCUMENT_TOKEN_TO_BE_REPLACED 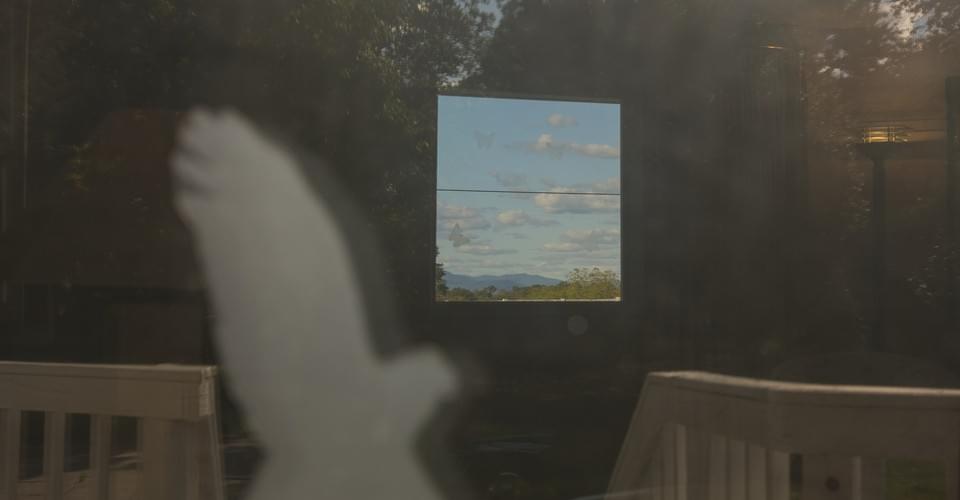 Lessons my terminal cancer have taught me about the mind.

END_OF_DOCUMENT_TOKEN_TO_BE_REPLACED

This article originally appeared on 09.22.17

What can we learn from letting seventh graders take the SAT?

In the 1960s, psychologist Julian Stanley realized that if you took the best-testing seventh graders from around the country and gave them standard college entry exams, those kids would score, on average, about as well as the typical college-bound high school senior.

END_OF_DOCUMENT_TOKEN_TO_BE_REPLACED 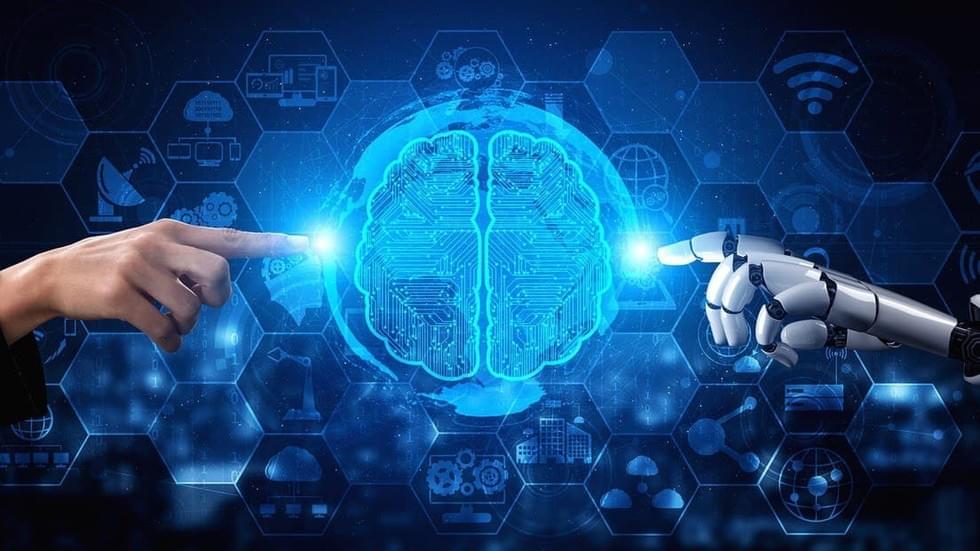 It’s a major initiative, led by Russia’s Ministry of Science and Higher Education, which aims to boost higher education and research programs. The academic leadership program wants the country’s higher education centers to become more attractive to foreign students and scientists. Priority 2030 opened for business this summer, and after several months, over one hundred Russian universities were chosen as participants. All of them would get at least 100 million rubles ($1.4 million) annually for the development of their projects. Dozens of participants also applied for special grants, which provide the opportunity to receive up to 1 billion rubles ($13.6 million) annually.

There is a wide range of areas where artificial intelligence technology may be of use. All of these areas require qualified staff, and educating them is becoming a priority for Russian universities.

END_OF_DOCUMENT_TOKEN_TO_BE_REPLACED 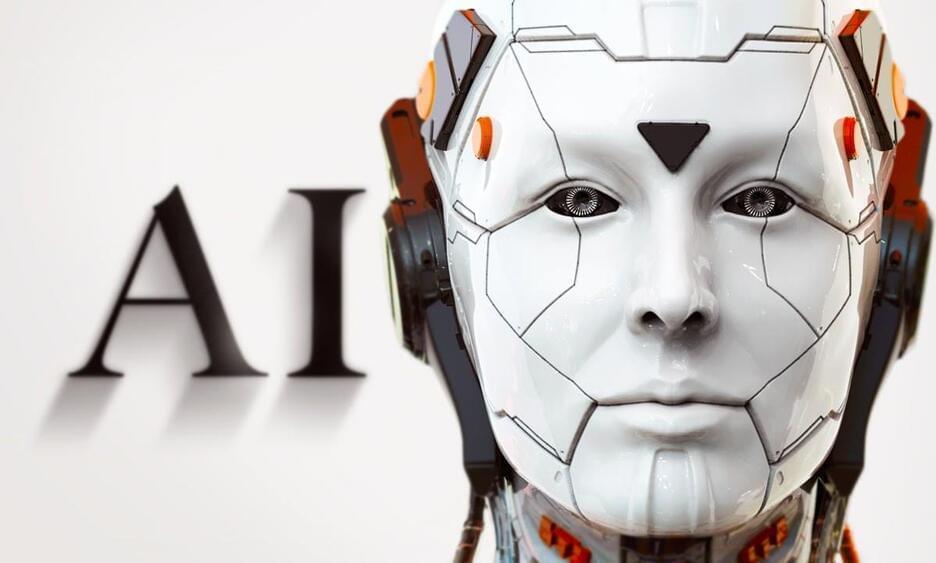 A documentary and journey into the future exploring the possibilities and predictions of artificial intelligence. This timelapse of the future explores what is coming, from robots that are too fast for humans to see, to A.I. bots from Microsoft (bringing back loved ones to life) and Google’s laMDA (replacing the need for online searches).

Elon Musk’s Neuralink goes from a medical and healthcare device, to helping people become superhuman – with intelligence amplification, and add-ons that connect to the brain chip.

Artificial general intelligence begins to design an A.I. more powerful than itself. People begin to question if humanity has reached the technological singularity. Artificial Super Intelligence emerges from the AGI.

And further into the deep future. Human consciousness becomes digitized and uploaded into a metaverse simulation. It is merged with A.I. creating hybrid consciousness – which spreads across the cosmos. Matrioshka brains and Dyson Spheres host humanity’s consciousness in a cosmic simulation network.

Quotes about the future from: James J Hughes.

END_OF_DOCUMENT_TOKEN_TO_BE_REPLACED 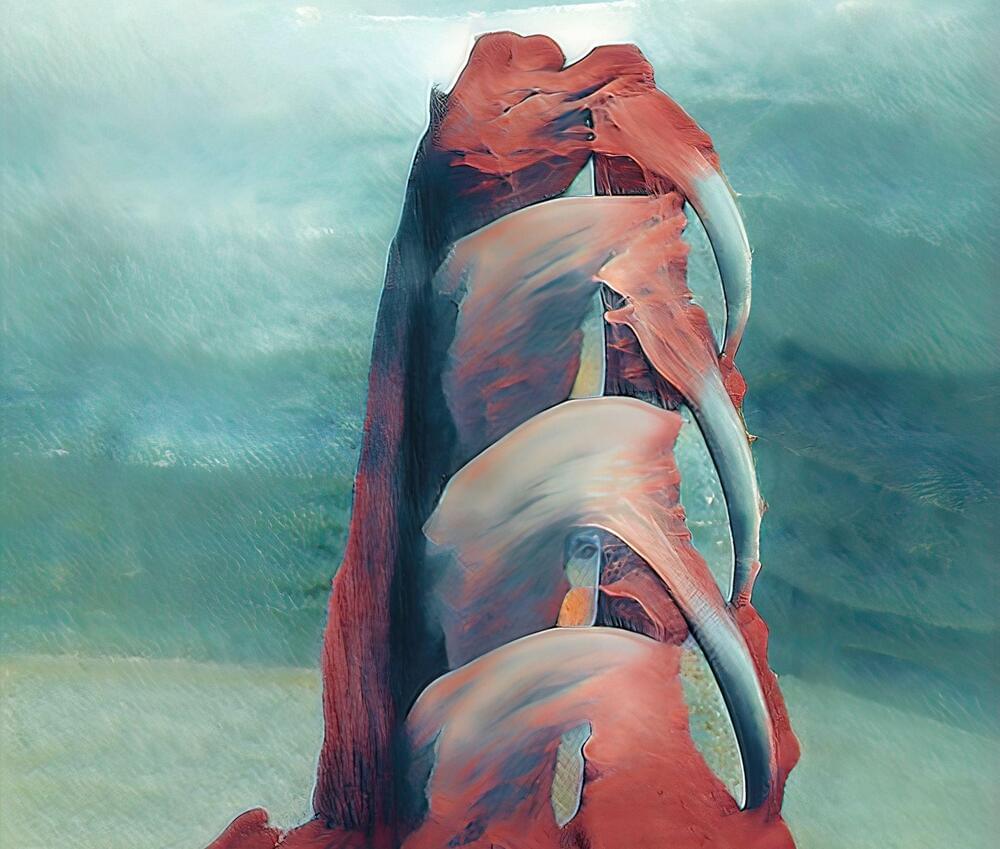 Cazenovia High School student Rio Harper taught his computer, using Artificial Intelligence — or A.I. — to create a variety of images. He has made mney off of the creations, and has developed ideas about how A.I. might shape his, and our, futures. Syracuse University Audio Production students T. Michael Collier and Cole Strong have this profile.

END_OF_DOCUMENT_TOKEN_TO_BE_REPLACED 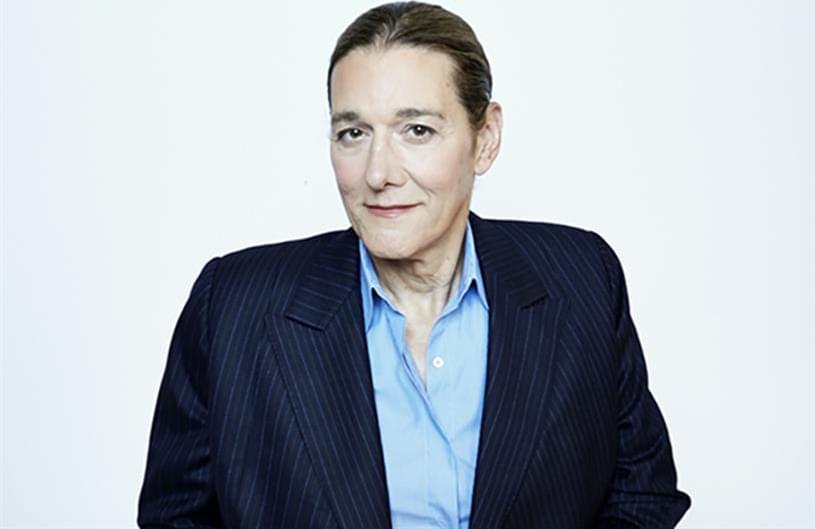 The 2021 Lifeboat Foundation Guardian Award has been given to Martine Rothblatt who has devoted her life to moving humanity towards a positive future.

Martine was the 500th person to join our Advisory Board, has contributed to our blog, and has generously supported the Lifeboat Foundation’s goal of “Safeguarding Humanity”.

Martine is cofounder of the Terasem Movement Foundation. Their mission is to promote the geoethical (world ethical) use of nanotechnology for human life extension. They conduct educational programs and support scientific research and development in the areas of cryonics, biotechnology, and cyber consciousness. This foundation is related to the Lifeboat Foundation programs LifePreserver and PersonalityPreserver (which Martine contributed text to).

Martine Rothblatt is winner of the 2021 Guardian Award.

END_OF_DOCUMENT_TOKEN_TO_BE_REPLACED 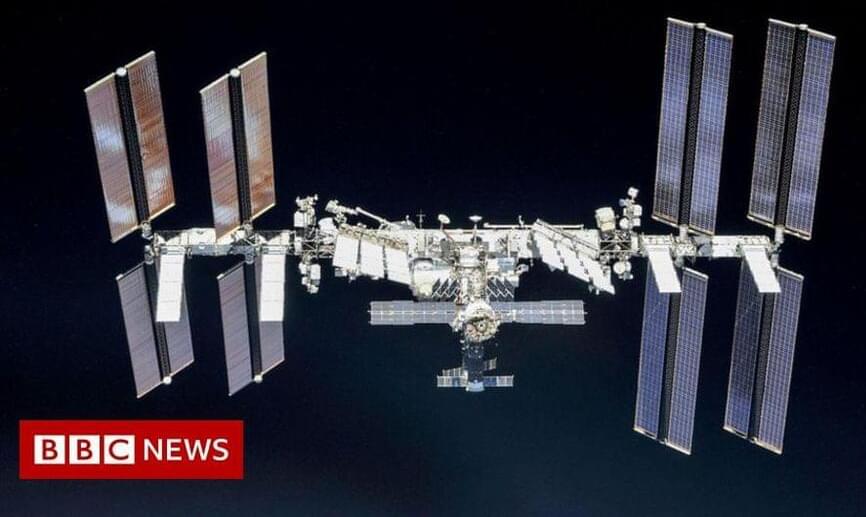 The credit card-sized devices will allow school pupil to programme code for the astronauts.

END_OF_DOCUMENT_TOKEN_TO_BE_REPLACED 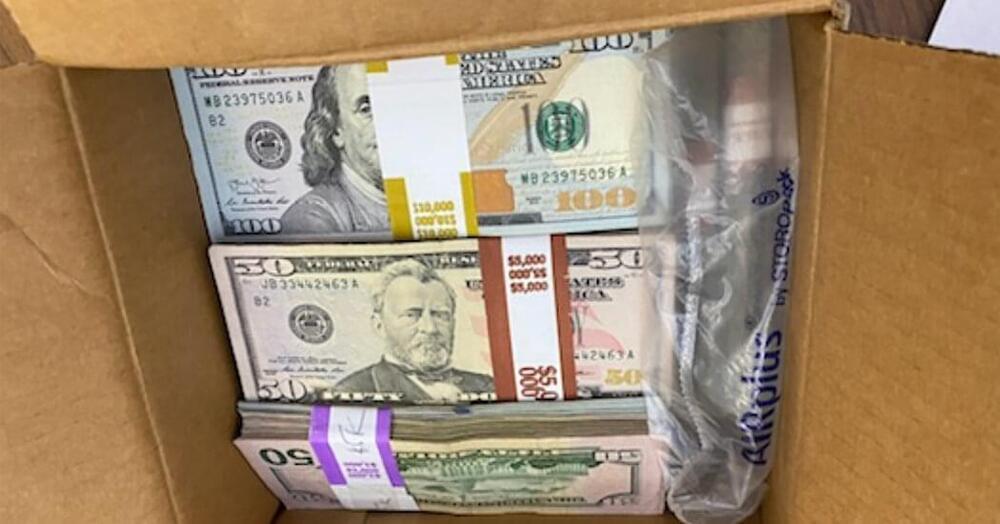 A box full of $50 and $100 bills, totaling $180,000, was sent to the physics department at City College of New York. An enclosed note from the mysterious donor asked the school to use the cash to fund scholarships for needy students.

When a City College physics professor opened an ordinary box that had been sitting in the mailroom, he was startled by its contents.

END_OF_DOCUMENT_TOKEN_TO_BE_REPLACED 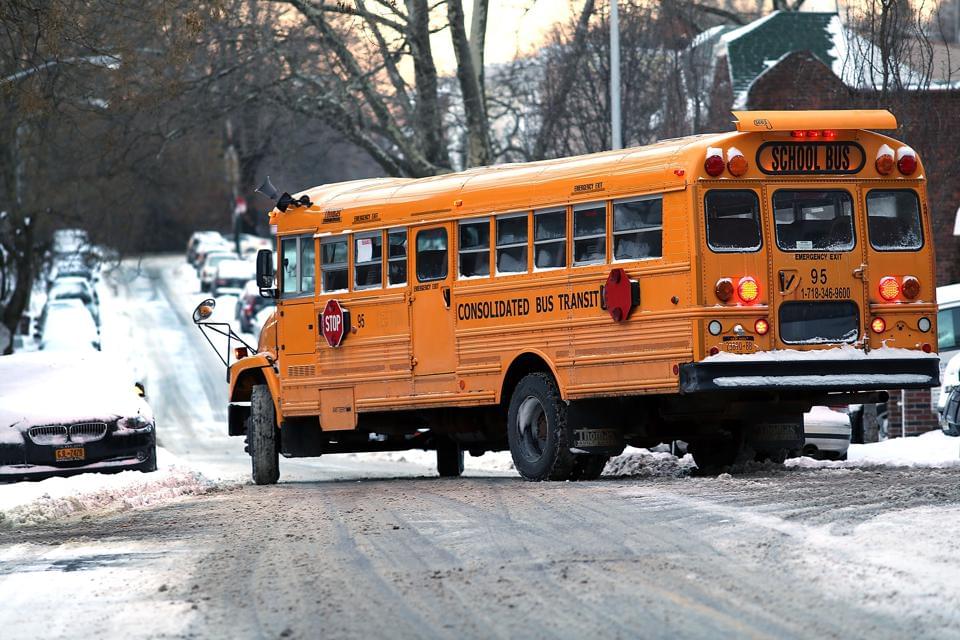 The empirical fact of short winter days and long winter nights has been known essentially forever, and has driven enormous amounts of human activity including the construction of monuments like the passage tomb at Newgrange that I keep banging on about in previous posts about timekeeping. The correct explanation of the phenomenon has only been understood for around 400 years, dating back to Johannes Kepler’s description of the orbits of the planets.

The change in the relative length of days and nights is due to a combination of the motion of the Earth about the Sun, and the rotation of the Earth on its axis. Specifically, it happens because the Earth’s axis is tilted by about 23 degrees relative to the axis of its orbit. And because angular momentum is conserved, that axis stays pointing in the same direction through the whole orbit, in the same way that a gyroscope on a gimbal mount will remain pointed in the same direction in space as it’s moved around.

The bus that takes my 10-year-old to school picks him up at around 7:23 am, but he usually starts fidgeting loudly a good ten minutes before that, so he and I will go outside to wait. In recent weeks, between grumbles about particular classes or the recess monitor who won’t let him go outside in shorts and a T-shirt in 40-degree (F) weather, he’s been asking “Why is it so dark?” The answer, of course, is “astrophysics,” but with a side order of theology and politics.

This Tuesday, December 21, is the winter solstice in the Northern Hemisphere, meaning it’s the shortest day of the year. It’s not the earliest sunset (that was a couple of weeks ago) or the latest sunrise (that’s in early January), but it’s the day with the fewest hours between sunrise and sunset.