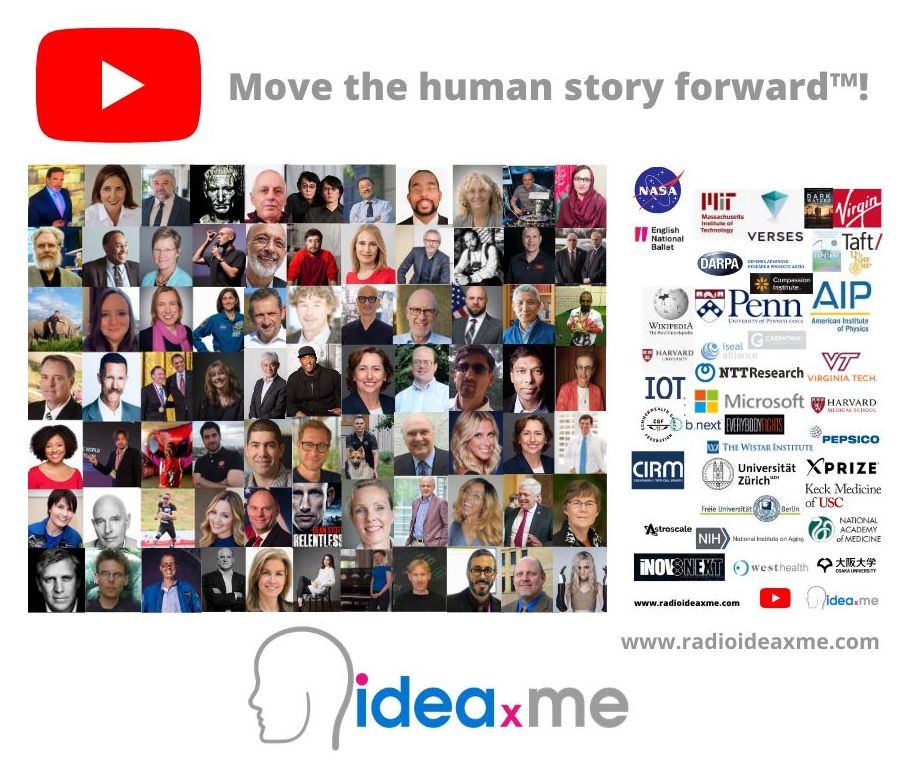 — 300 interviews with the people who shape our world, in 40 countries and on 12 platforms.

Recognise yourself? If so, please RT!

END_OF_DOCUMENT_TOKEN_TO_BE_REPLACED

Whenever I tell my friends about the potential of Quantum Computing, for example, how a Quantum Computer (QC) can do a large number of calculations in parallel worlds, they look at me like I’m kind of crazy.

END_OF_DOCUMENT_TOKEN_TO_BE_REPLACED 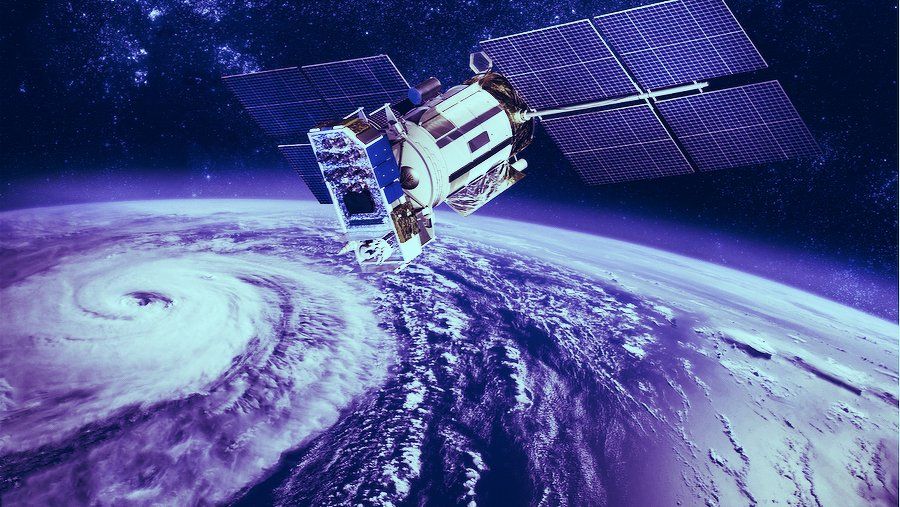 Venezuela has poor internet infrastructure. Using Blockstream’s satellite technology to broadcast Bitcoin transactions could get around that.

END_OF_DOCUMENT_TOKEN_TO_BE_REPLACED 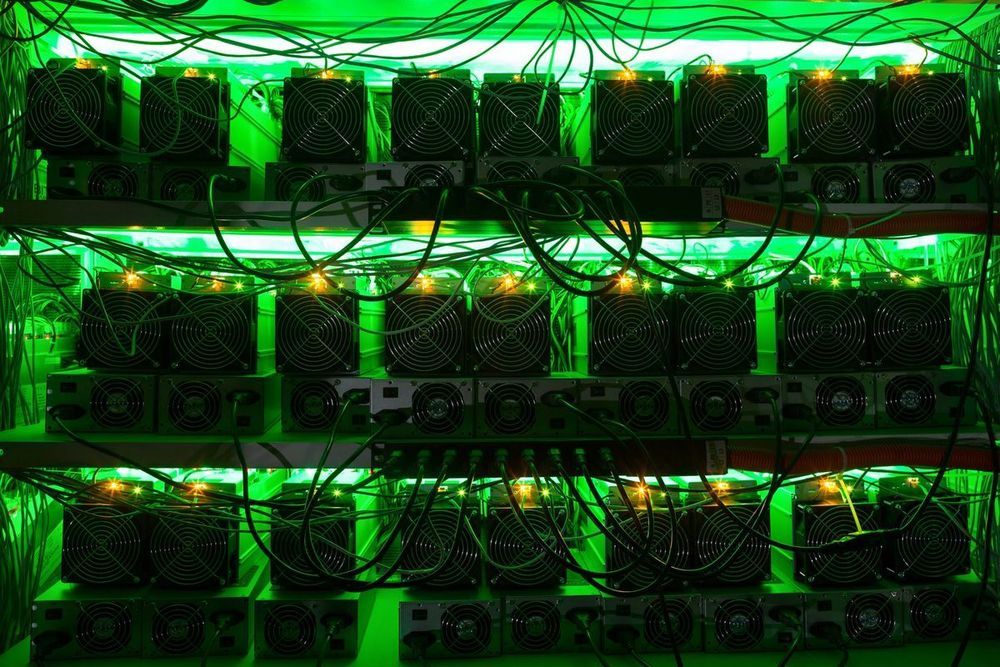 While there’s no launch date yet, the People’s Bank of China is likely to be the first major central bank to issue a digital version of its currency, the yuan, seeking to keep up with — and control of — a rapidly digitizing economy. Trials have been held this year in a handful of cities and tests have started with some e-wallets and online apps, with the Covid-19 pandemic and need for social distancing providing a new sense of urgency. Unlike cryptocurrencies such as Bitcoin, dealing in the digital yuan won’t have any presumption of anonymity, and its value will be as stable as the physical yuan, which will be sticking around too. Behind China’s rush is a desire to manage technological change on its own terms. As one PBOC official put it, currency isn’t only an economic issue, it’s also about sovereignty.

Not all the details are out, but according to new patents registered by the PBOC and official speeches, it could work something like this: Consumers and businesses would download a digital wallet onto their mobile phone and fill it with money from their account at a commercial bank — similar to going to an ATM. They then use that money — dubbed Digital Currency Electronic Payment, or DCEP — like cash to make and receive payments directly with anyone else who also has a digital wallet. Some questions remain, including the impact on Big Tech companies such as Ant Group Co. and Tencent Holdings Ltd. that already offer payment services.

END_OF_DOCUMENT_TOKEN_TO_BE_REPLACED 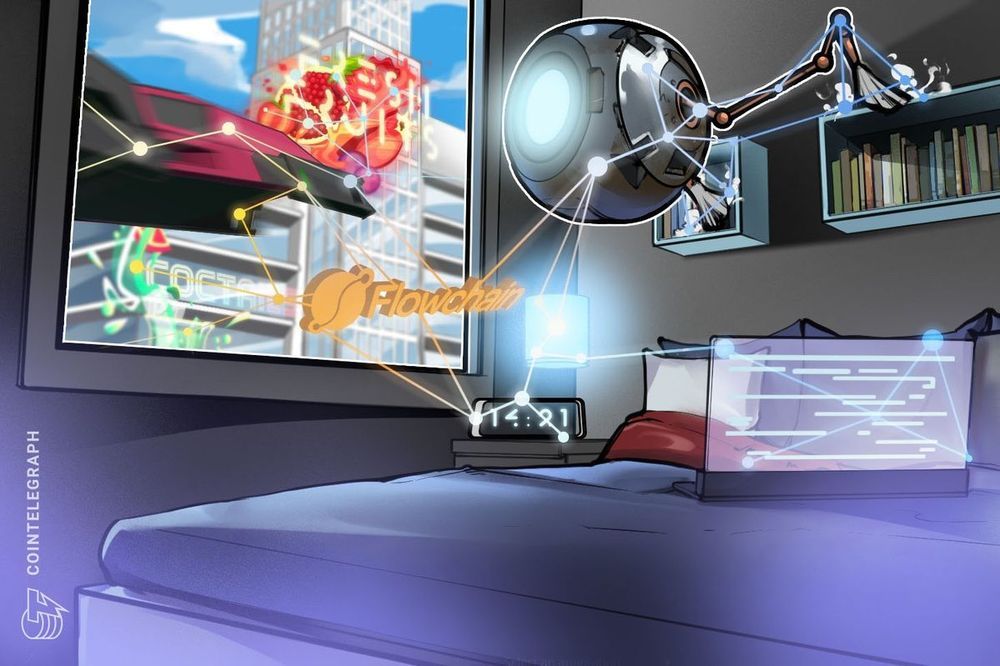 A project is aiming to create a “new blueprint for the future” that marries IoT and artificial intelligence, all through the adoption of blockchain technology.

END_OF_DOCUMENT_TOKEN_TO_BE_REPLACED 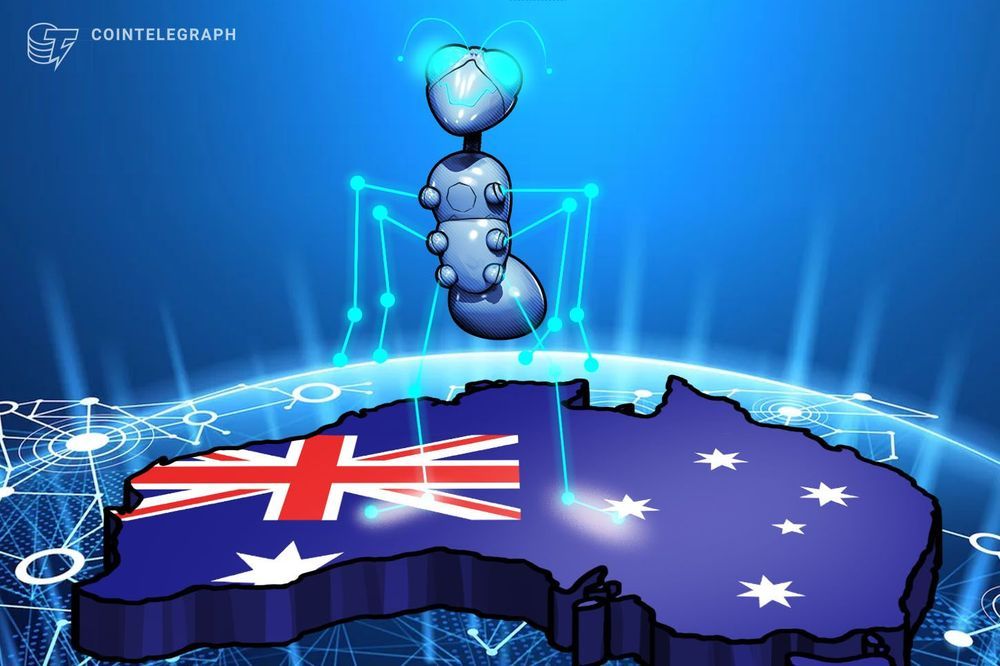 The Lygon blockchain platform, which runs on IBM Public Cloud, has reportedly successfully conducted its pilot since last year with Australian banks ANZ, Commonwealth Bank of Australia (CBA) and Westpac and a group of 20 Australian businesses.

Banks are expected to issue bank guarantees in just one day once they implement Lygon compared to the current paper-based guarantees that can take a month. The three Australian banks and retailers Scentre Group and IBM are planning to expand the Lygon platform for commercial use, according to a report on Sept 1.

A bank guarantee is a type of financial backstop offered by a lending institution. The bank guarantee means that the lender will ensure that the liabilities of a debtor will be met. The financial guarantees are said to be needed as part of retail property leases and from this month. Lygon chairman Nigel Dobson added that:

“The commercialisation of the Lygon platform represents a significant milestone for blockchain technology in Australia and globally. In digitising a bank guarantee, we’ve essentially transformed a three-way contract. We’ve digitised the paperwork, the process and the legality behind it…”

END_OF_DOCUMENT_TOKEN_TO_BE_REPLACED 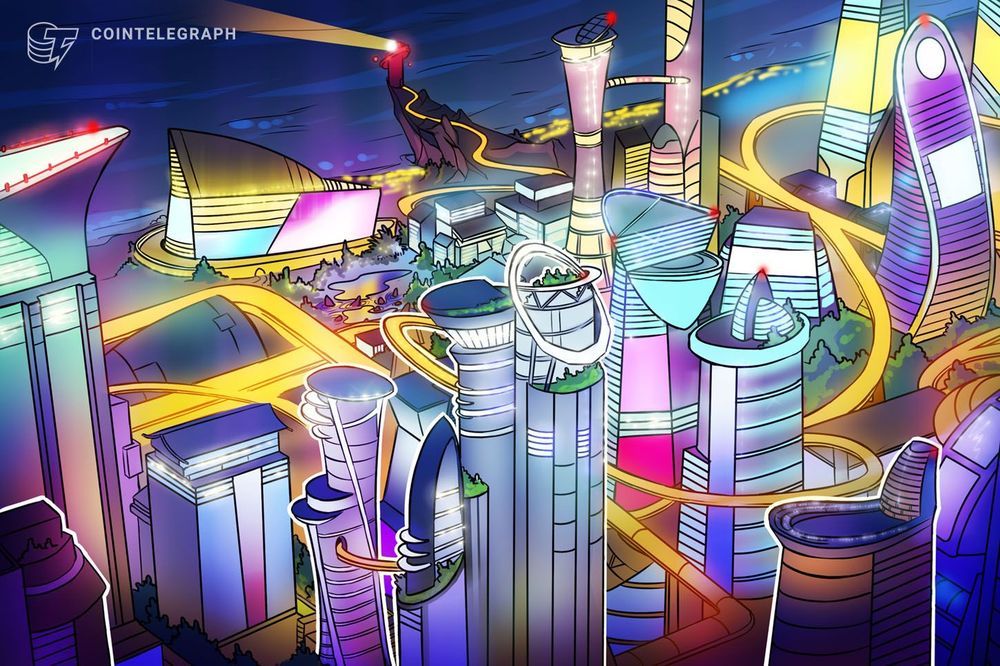 Singapore-based blockchain data firm CyberVein has become one of 12 firms participating in the construction of China’s Hainan Wenchang International Aerospace City. Construction commenced last month, with the site previously hosting a satellite launch center. Described as “China’s first aerospace cultural and tourism city,” it will be a hub for the development of aerospace products and support services intended for use in Chinese spacecraft and satellite launch missions. The 12-million-square-meter facility will host the country’s first aerospace super-computing center, and will focus on developing 40 technological areas including big data, satellite remote sensing and high precision positioning technology. CyberVein will work alongside major Chinese firms, including Fortune 500 companies Huawei and Kingsoft Cloud, and will leverage its blockchain, artificial intelligence and big data technologies to support the development of the city’s Smart Brain Planning and Design Institute.”

Blockchain firm CyberVein is partnering with the Chinese government to build a blockchain-powered governance system for its aerospace ‘smart city.’

END_OF_DOCUMENT_TOKEN_TO_BE_REPLACED 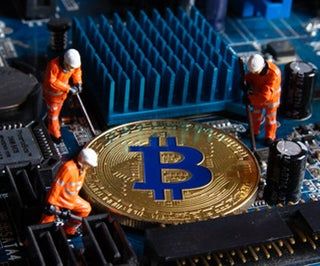 This course is for students wishing to explore blockchain technology’s potential use—by entrepreneurs and incumbents—to change the world of money and finance. The course begins with a review of Bitcoin and an understanding of the commercial, technical, and public policy fundamentals of blockchain technology, distributed ledgers, and smart contracts. The class then continues on to current and potential blockchain applications in the financial sector.

END_OF_DOCUMENT_TOKEN_TO_BE_REPLACED 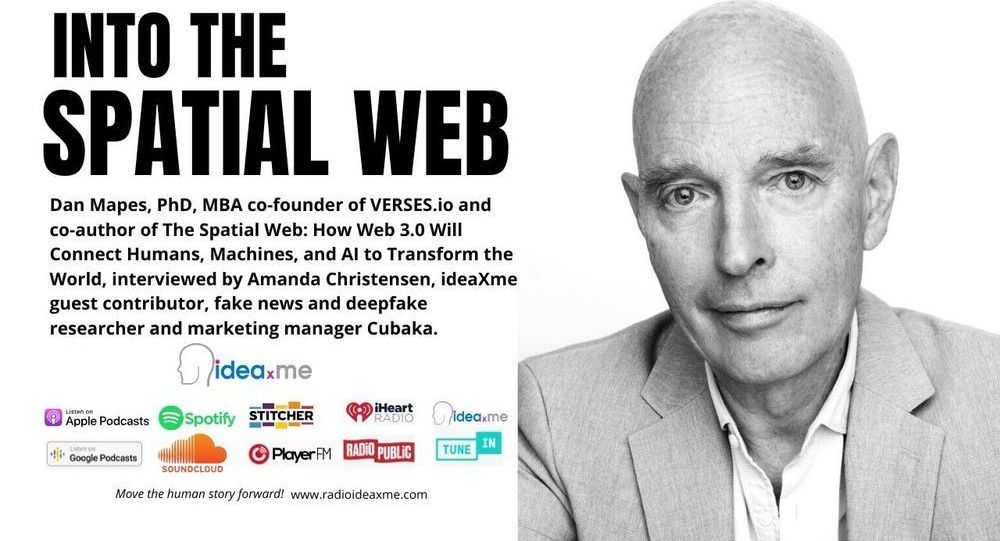 However, the exponential advancement of the internet has brought along with it a whole host of problems, such as the rampant spread of fake news, deep fake technology, significant data breaches, and hacking, to name a few.

The further advancement of the internet, and particularly AI, is inevitable, as the full potential of their capabilities are far from being reached. But how do we advance in a way that both further optimises our lives but simultaneously protects us from further misuse?

END_OF_DOCUMENT_TOKEN_TO_BE_REPLACED 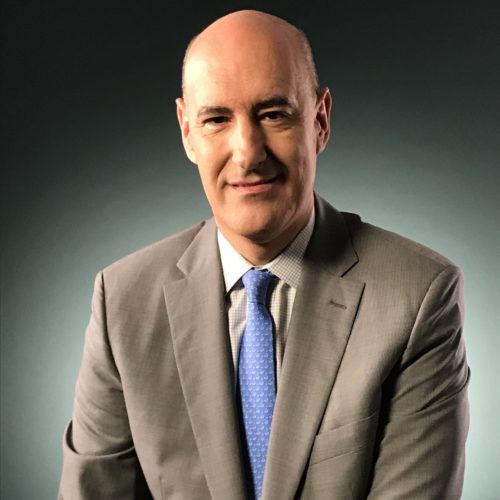 “If people don’t have money in their pockets, then this type of economy that we have can’t work,” says Wharton professor Mauro Guillén.