Forget 3D printing, are you ready for 4D printing?

The rapid development of a range of emerging technologies is driving four revolutions in military and security capabilities to which the global defence and security industry is increasingly required to respond.

New approaches for both humans and machines to collect, synthesise, digest and discern information are necessary to make sense of complex and fast-moving strategic and operational contexts. Getting (and staying) ahead of threats and maintaining and leveraging situational awareness – especially in environments frequently marked simultaneously by a surfeit of available information of variable quality and timeliness and opacity – is beyond the capacity of legacy technologies and human capabilities. 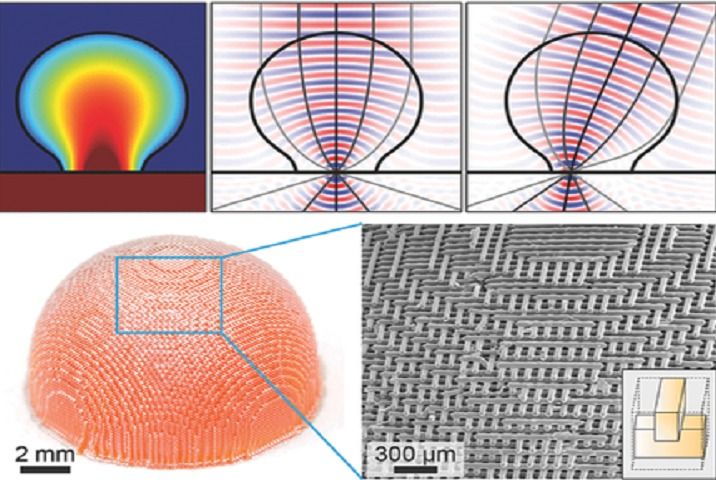 The Illinois-based Northwestern University has utilized 3D printing technology to research a variety of vital applications, from 3D printing fuel cells to 4D printing materials on the nanoscale. Now, researchers from the prestigious institution are looking at 3D printing technology through a unique lens—a terahertz lens, to be exact. Generally unknown within the electromagnetic spectrum, hidden in between the more commonly known wavelengths of microwaves and infrared, lies the information-packed terahertz spectrum. The terahertz is not only a forgotten frequency, it’s also rarely studied, let alone well understood, yet it has high value in applications regarding imaging and communications.

One research group, led by Northwestern University’s Cheng Sun, has used metamaterials and a unique style of SLA technology called projection micro-stereolithography to manufacture a novel lens capable of working with terahertz frequencies. The 3D printed terahertz gradient-refractive index lens has better imaging capabilities than other commonly used lenses, and also enables researchers to make more advances with the relatively unknown world of the terahertz. 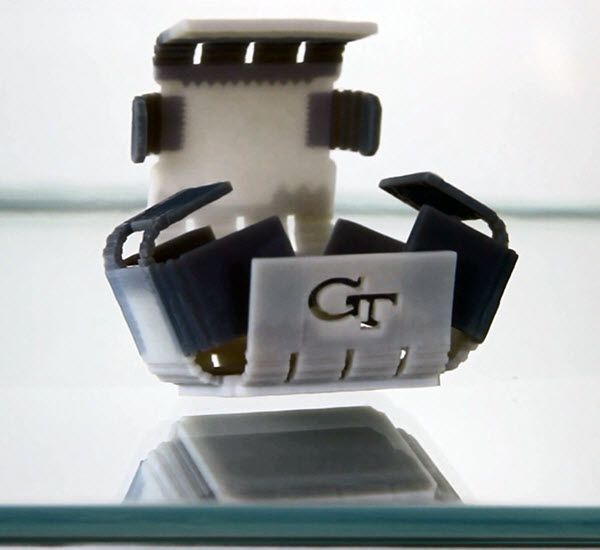 Using components made from smart shape-memory materials (which can return to their original shape) with slightly different responses to heat, researchers have demonstrated a “four-dimensional” printing technology that allows for creating complex, self-folding structures.

Ours is a world of static objects, cut, cast, or forged for specific tasks. But let’s say you opened an Ikea box, and the desk inside assembled itself. Or your water pipes shrank as the pressure decreased: no more weak showers, less wasted water. This is the 4D-printed future, and labs are already striving to make it a reality.

The tech builds on 3-D printing—with the added fourth dimension of time, across which objects transform. Skylar Tibbits, founder of MIT’s Self-Assembly Lab, coined the term “4D printing” in a 2013 TED Talk and showed how a straight plastic strand folded into the letters M, I, T when dropped in water.