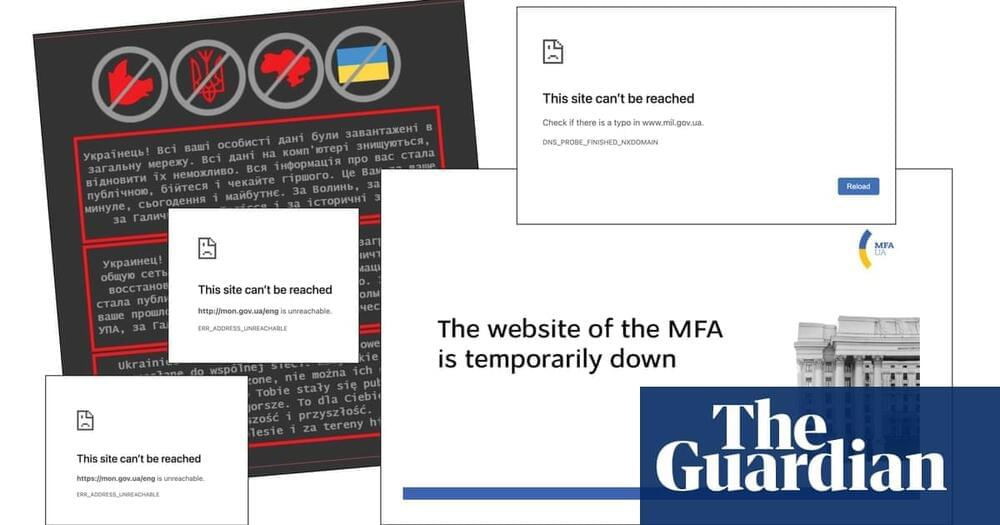 Suspected Russian hackers left a message on the foreign ministry website, according to reports. It said: “Ukrainians! … All information about you has become public. Be afraid and expect worse. It’s your past, present and future.”

The message reproduced the Ukrainian flag and map crossed out. It mentioned the Ukrainian insurgent army, or UPA, which fought against the Soviet Union during the second world war. There was also a reference to “historical land”.

In a message to the Guardian, the foreign ministry’s spokesperson, Oleg Nikolenko, said: “As a result of a massive cyber-attack, the website of the ministry of foreign affairs and other government agencies are temporarily down.”