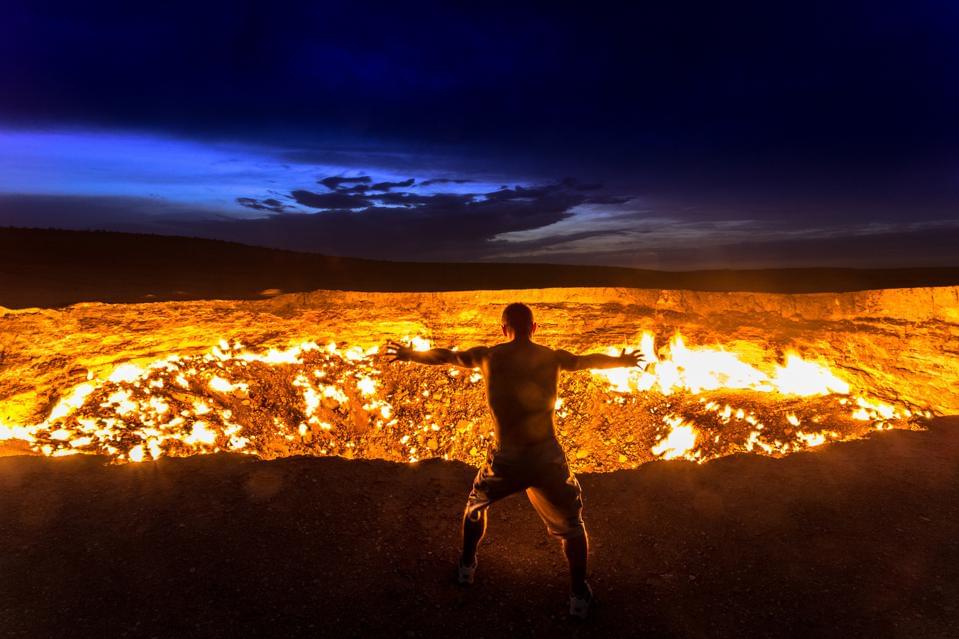 According to an AP news release, Turkmenistan’s President Gurbanguly Berdimuhamedow appeared on state television telling officials to put out the flames at the “Gates of Hell,” a giant natural gas crater in the middle of the Karakum desert, about 260 kilometers (160 miles) north of Ashgabat, the capital of Turkmenistan.

The crater was created in 1971 during a Soviet drilling accident that hit a gas cavern, causing the drilling rig to fall in and the earth to collapse underneath it. The Soviets decided to burn off the gas by setting it on fire to prevent the dangerous fumes from spreading. Unfortunately, tapping into a vast natural reservoir of flammable methane gas, the pit has been burning since then, even growing in size over time. The now 70 meters (229 feet) wide and 20 meters (65 feet) deep crater is a popular tourist attraction, especially at night time. Officially named the “Shining of Karakum,” the crater is also known as the Darvaza Crater, after the nearby village of Darvaza, and online as the Door to Hell or Gates of Hell, thanks to the boiling mud and roaring, red flames covering the crater floor.