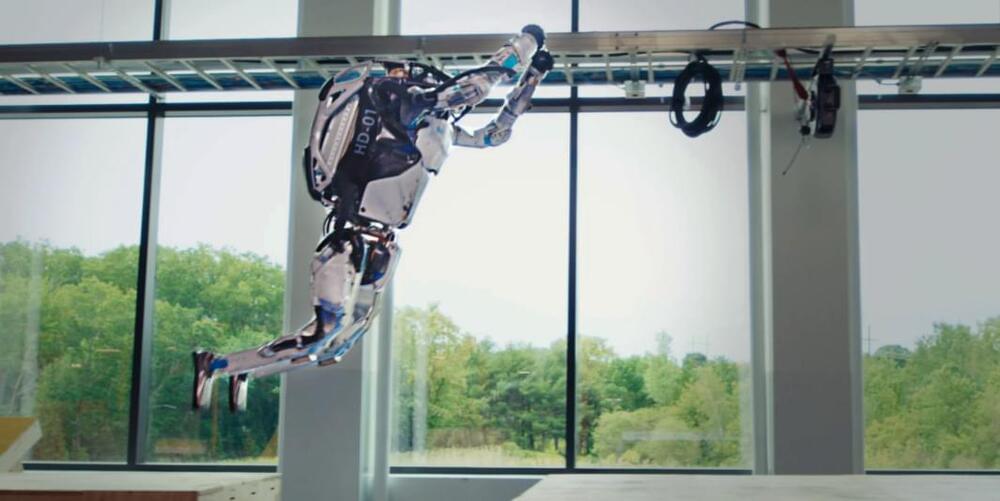 Parkour is not for the weak-hearted. Luckily, the two latest freerunning champs don’t have a heart at all because, you know, they’re robots.

The first robot hops across wooden ramps, climbs stairs, and jumps across several-foot-wide chasms between obstacles before a second robot picks up the routine, running across a balance beam à la Simone Biles. By the end of the video, the robots have hopped over pieces of the course as you might leap over a fence, performed backflips in sync, and even dusted off their shoulders like it’s nothing.