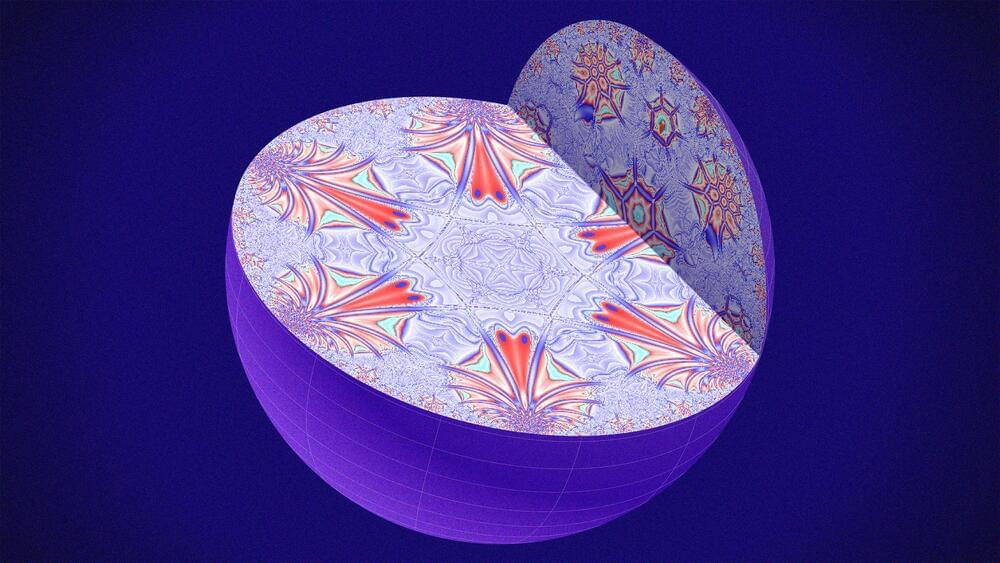 We’ve known about gravity since Newton’s apocryphal encounter with the apple, but we’re still struggling to make sense of it. While the other three forces of nature are all due to the activity of quantum fields, our best theory of gravity describes it as bent space-time. For decades, physicists have tried to use quantum field theories to describe gravity, but those efforts are incomplete at best.

One of the most promising of those efforts treats gravity as something like a hologram — a three-dimensional effect that pops out of a flat, two-dimensional surface. Currently, the only concrete example of such a theory is the AdS/CFT correspondence, in which a particular type of quantum field theory, called a conformal field theory (CFT), gives rise to gravity in so-called anti-de Sitter (AdS) space. In the bizarre curves of AdS space, a finite boundary can encapsulate an infinite world. Juan Maldacena, the theory’s discoverer, has called it a “universe in a bottle.”

But our universe isn’t a bottle. Our universe is (largely) flat. Any bottle that would contain our flat universe would have to be infinitely far away in space and time. Physicists call this cosmic capsule the “celestial sphere.”