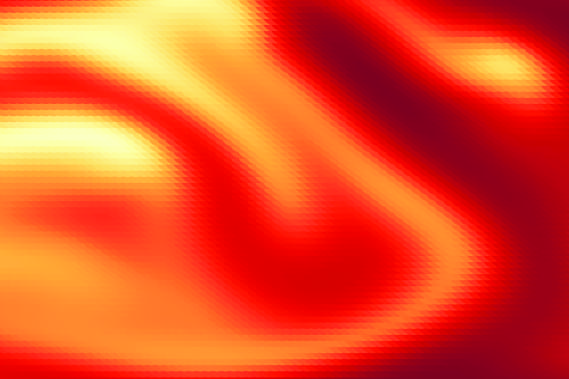 To make fusion energy a viable resource for the world’s energy grid, researchers need to understand the turbulent motion of plasmas: a mix of ions and electrons swirling around in reactor vessels. The plasma particles, following magnetic field lines in toroidal chambers known as tokamaks, must be confined long enough for fusion devices to produce significant gains in net energy, a challenge when the hot edge of the plasma (over 1 million degrees Celsius) is just centimeters away from the much cooler solid walls of the vessel.

Abhilash Mathews, a PhD candidate in the Department of Nuclear Science and Engineering working at MIT’s Plasma Science and Fusion Center (PSFC), believes this plasma edge to be a particularly rich source of unanswered questions. A turbulent boundary, it is central to understanding plasma confinement, fueling, and the potentially damaging heat fluxes that can strike material surfaces — factors that impact fusion reactor designs.

To better understand edge conditions, scientists focus on modeling turbulence at this boundary using numerical simulations that will help predict the plasma’s behavior. However, “first principles” simulations of this region are among the most challenging and time-consuming computations in fusion research. Progress could be accelerated if researchers could develop “reduced” computer models that run much faster, but with quantified levels of accuracy.