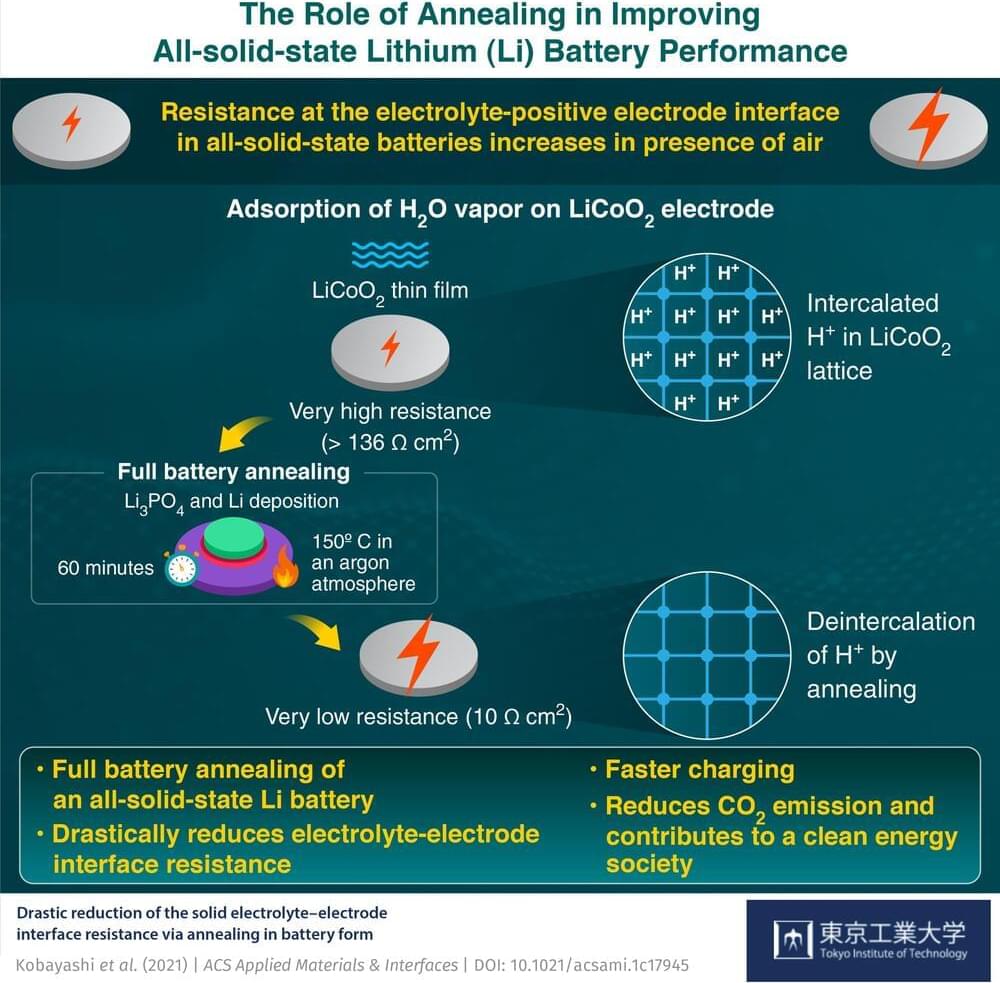 All-solid-state batteries are now one step closer to becoming the powerhouse of next-generation electronics, as researchers from Tokyo Tech, National Institute of Advanced Industrial Science and Technology (AIST), and Yamagata University introduce a strategy to restore their low electrical resistance. They also explore the underlying reduction mechanism, paving the way for a more fundamental understanding of the workings of all-solid-state lithium batteries.

All-solid-state lithium batteries have become the new craze in materials science and engineering as conventional lithium-ion batteries can no longer meet the standards for advanced technologies, such as electric vehicles, which demand high energy densities, fast charging, and long cycle lives. All-solid-state batteries, which use a solid electrolyte instead of a liquid electrolyte found in traditional batteries, not only meet these standards but are comparatively safer and more convenient as they have the possibility to charge in a short time.

However, the solid electrolyte comes with its own challenge. It turns out that the interface between the positive electrode and solid electrolyte shows a large electrical resistance whose origin is not well understood. Furthermore, the resistance increases when the electrode surface is exposed to air, degrading the battery capacity and performance. While several attempts have been made to lower the resistance, none have managed to bring it down to 10 Ω cm2 (ohm centimeter-squared), the reported interface resistance value when not exposed to air.