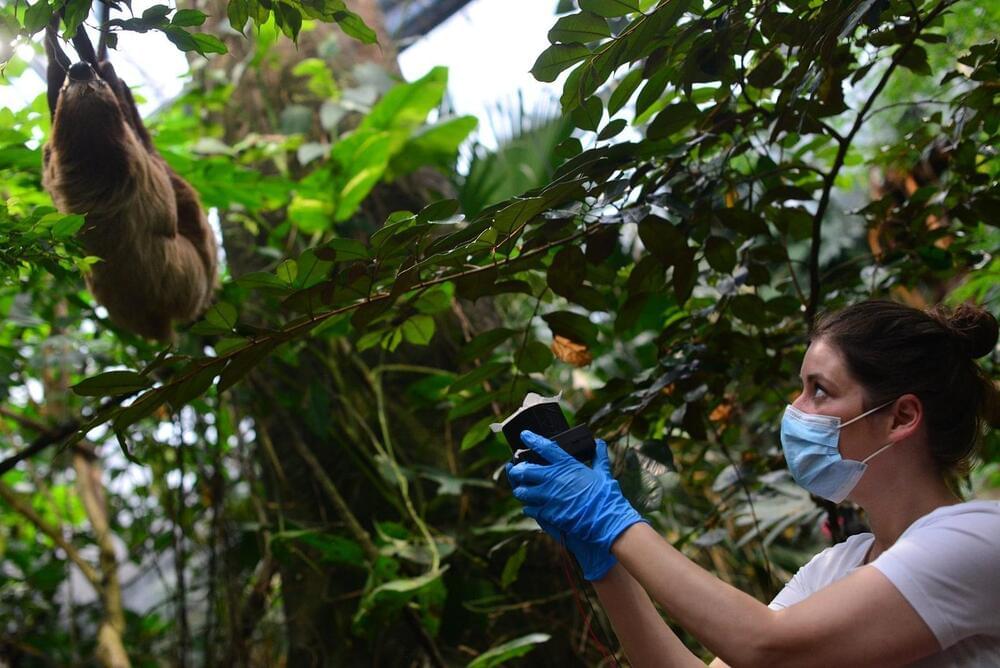 While doing their research, the teams had no knowledge of the other’s work, but after finding each other’s preprint proof-of-concept papers online, the two groups decided to submit their manuscripts for review together. “It’s insane that two groups did such similar studies in two places, but it’s also a very rare opportunity,” says Bohmann.

The fact the groups took different paths to find a similar result is particularly compelling, says Mark Johnson, who studies eDNA and Texas Tech University and was not involved in the work. “It’s really exciting looking at how both of these papers, done independently of each other, have produced, really, the same results,” says Johnson. “It adds that extra little bit of validation that what we’re seeing is real.” While hopeful about the future of airborne eDNA, Johnson notes huge leaps need to be made before the techniques used in the zoo can be applied in the field. Collecting eDNA in the wild adds a host of new variables, and enclosed spaces like caves may accumulate genetic material differently than open areas like grasslands. “The next step is to take it from the zoo into the natural environment and see what we find there,” says Johnson.

Clare and Bohmann anticipate that one of the best applications of airborne DNA could be to measure biodiversity in difficult-to-access places, such as burrows and caves. Fabian Roger, an eDNA researcher at ETH in Switzerland, is eager to see how the work could be applied to studying insects. “We have very little ways of monitoring them other than catching and killing them,” says Roger, who was not involved in the recent work. Using eDNA to detect insect species from a sample of air instead of trapping them could rapidly advance entomology research. The technique could also clue scientists into the presence or spread of an invasive species. Like Clare and Bohmann, Roger doesn’t see airborne eDNA as a replacement for traditional monitoring methods, but as another tool they can use. “Biodiversity science is sort of an all-hands-on-deck situation. It’s not one over the other, or one or the other,” says Roger.