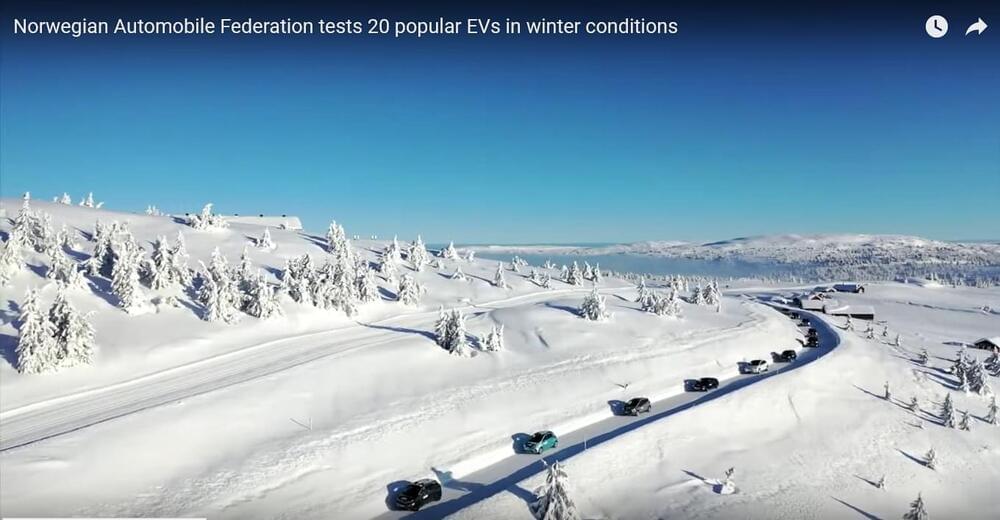 An editorial writer and columnist for the Washington Post wrote a screed attacking electric cars this week. His heavily slanted piece was filled with misinformation. Here’s the truth about driving an electric car in winter.

Last week, hundreds of motorists on I-95 in Virginia were stuck for hours when a blizzard closed the highway south of Washington, DC. Highway crews couldn’t spread ice-melting chemicals before the storm arrived because the rain that preceded it would have washed them away. But when temperatures dropped, the rain quickly turned to ice. Then the snow came and made the ice treacherously slippery. Tractor trailers trying to get off the highway lost control, blocking many exit ramps. Senator Tim Kaine was trapped in the tangled mess of stalled cars for 27 hours.

Afterwards, Charles Lane, an editorial writer and columnist for the Washington Post, wrote a blistering opinion piece entitled, “Imagine Virginia’s Icy Traffic Catastrophe — But With Only Electric Vehicles.” In it, he wails about the Tesla driver who banged on the door of a tractor trailer, begging for help because he was afraid his family might freeze to death if his battery ran out of power. “If everyone had been driving electric vehicles, this mess could well have been worse,” Lane writes.

He goes on to say even Tesla warns on its website the cold temperatures can reduce range. Charging a cold battery takes longer, and besides, he says, there aren’t that many charging stations anyway. And what happens if the power goes out? What then? Lane, a graduate of Yale law school, apparently lacks the mental capacity to realize that when the power goes out, gas pumps stop working as well.