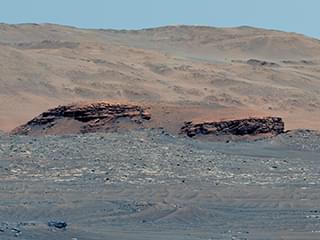 The findings by rover scientists highlight the diversity of samples geologists and future scientists associated with the agency’s Mars Sample Return program will have to study.

Scientists with NASA’s Perseverance Mars rover mission have discovered that the bedrock their six-wheeled explorer has been driving on since landing in February likely formed from red-hot magma. The discovery has implications for understanding and accurately dating critical events in the history of Jezero Crater – as well as the rest of the planet.

The team has also concluded that rocks in the crater have interacted with water multiple times over the eons and that some contain organic molecules.