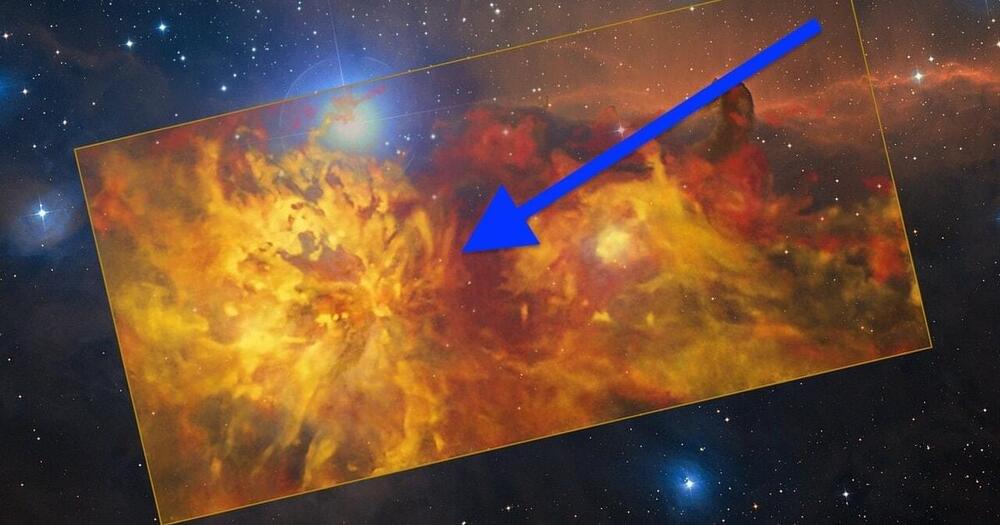 Well, maybe not a real fire. But a recent image of the Orion Constellation captures one of its most glorious nebulae, the Flame Nebula. The nebula appears to be ignited in raging flames burning at the very fabric of the cosmos as it shines bright amid the closest molecular cloud to the Sun.

The breathtaking image shows the Flame Nebula as the largest portion on the left half of the central rectangle.