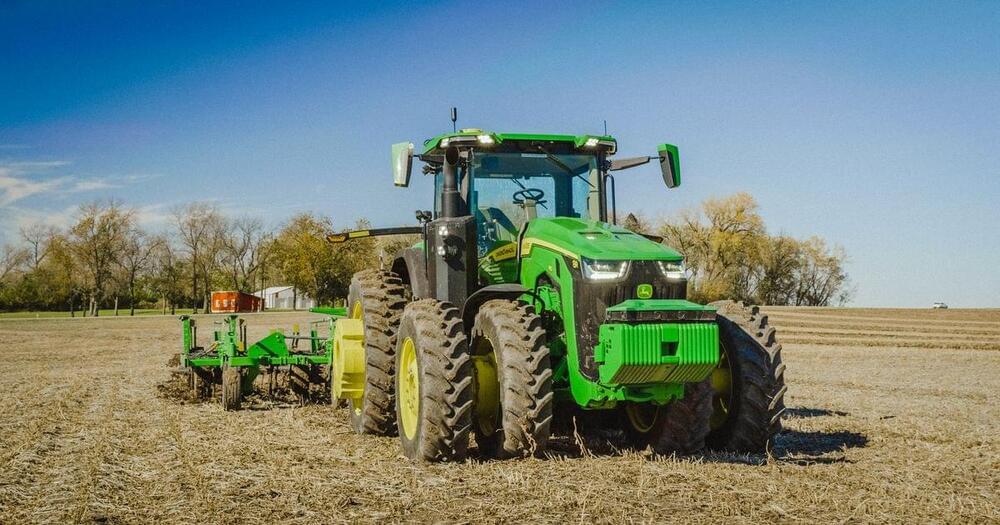 Tractors that steer themselves are nothing new to Minnesota farmer Doug Nimz. But then four years ago, John Deere brought a whole new kind of machine to his 2,000-acre corn and soybean farm. That tractor could not only steer itself but also didn’t even need a farmer in the cab to operate it.

It turns out the 44,000-pound machine was John Deere’s first fully autonomous tractor, and Nimz was one of the first people in the world to try it out. His farm served as a testing ground that allowed John Deere’s engineers to make continuous changes and improvements over the last few years. On Tuesday, the rest of the world got to see the finished tractor as the centerpiece of the company’s CES 2022 press conference.

“It takes a while to get comfortable because … first of all, you’re just kind of amazed just watching it,” said Nimz, who on a windy October afternoon described himself as “very, very interested” but also a “little suspicious” of autonomous technology before using John Deere’s machine on his farm. “When I actually saw it drive … I said, ‘Well, goll, this is really going to happen. This really will work.’”