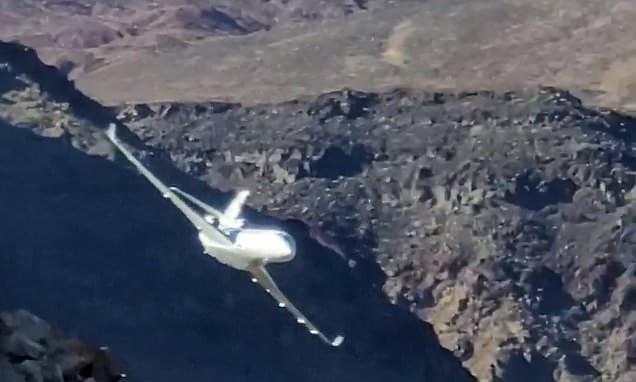 Incredible footage has emerged of a private jet roaring through a narrow pass in California’s so-called Star Wars Canyon.

It is unclear who was flying the jet through the valley, which is made from walls of red, grey and pink rock which look similar to the fictional Star Wars planet Tatooine — Luke Skywalker’s home planet.