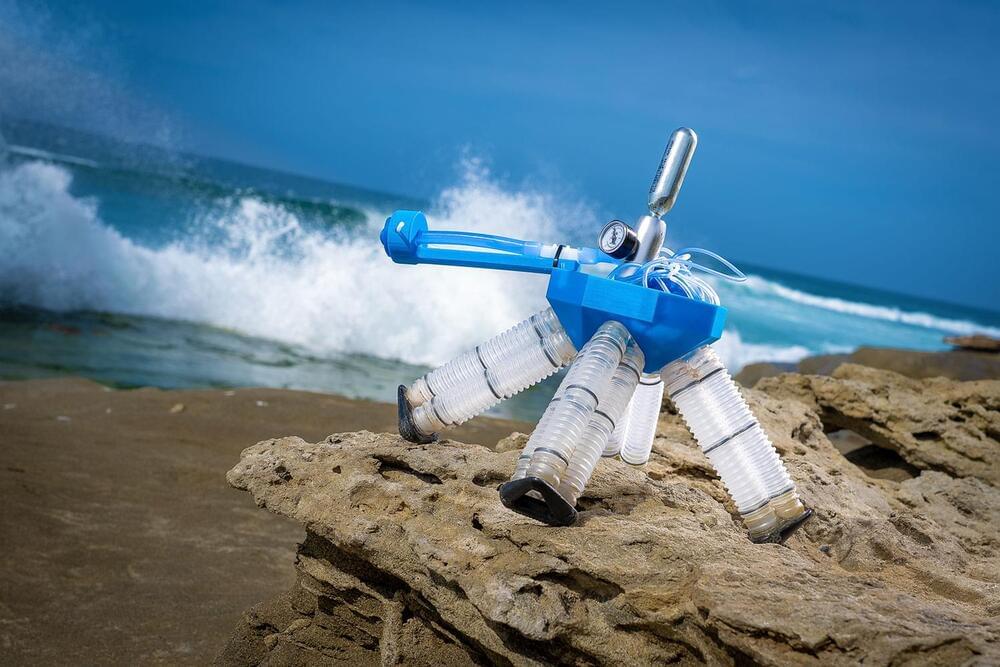 A team of engineers from the University of California San Diego has unveiled a prototype four-legged soft robot that doesn’t need any electronics to work. The robot only needs a constant source of pressurized air for all its functions, including its controls and locomotion systems.

Most soft robots are powered by pressurized air and are controlled by electronic circuits. This approach works, but it requires complex components, like valves and pumps driven by actuators, which do not always fit inside the robot’s body.

In contrast, this new prototype is controlled by a lightweight, low-cost system of pneumatic circuits, consisting of flexible tubes and soft valves, onboard the robot itself. The robot can walk on command or in response to signals it detects from the environment.