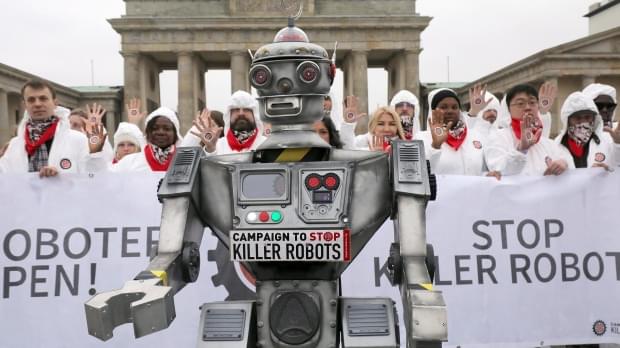 In Machinia, Damon learns that the robot uprising was the result of the weapons of war simply refusing to wage war. In the article that follows, the UN is already very concerned about autonomous weapons being deployed that do not require human governance. #war, #UN

GENEVA — Countries taking part in UN talks on autonomous weapons stopped short of launching negotiations on an international treaty to govern their use, instead agreeing merely to continue discussions.

The International Committee of the Red Cross and several NGOs had been pushing for negotiators to begin work on an international treaty that would establish legally-binding new rules on the machine-operated weapons.