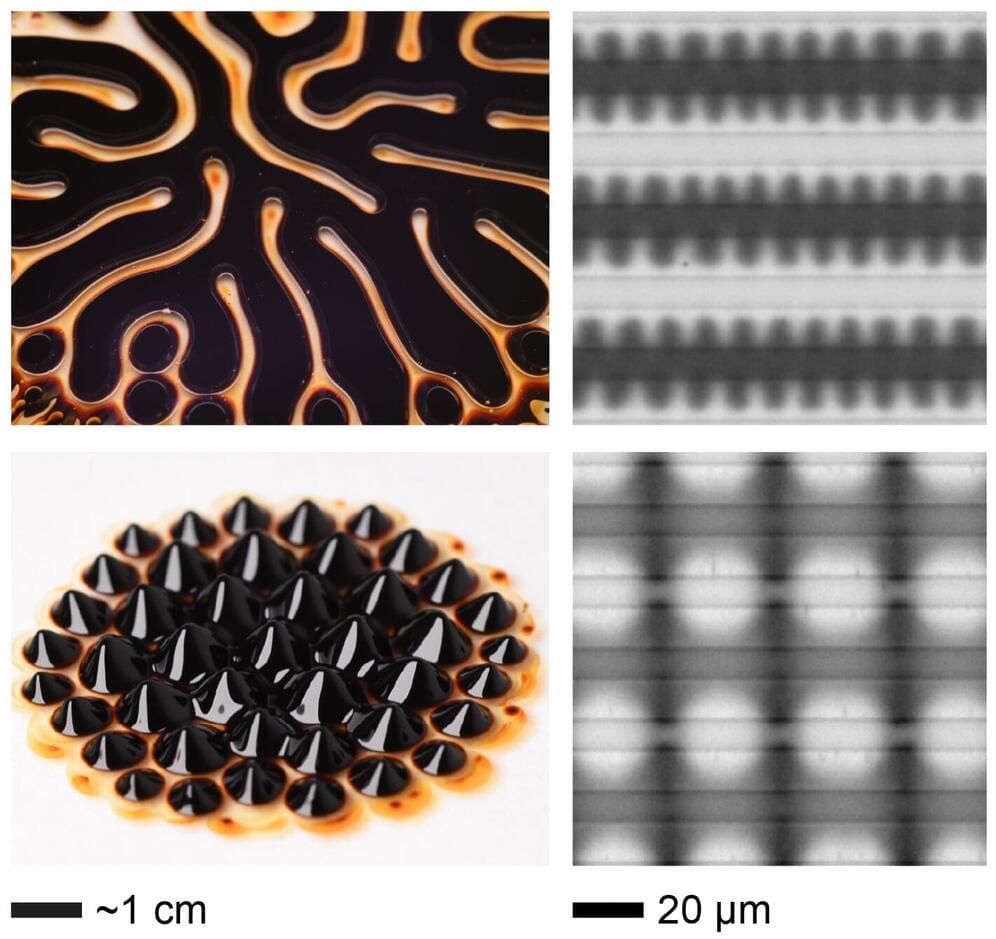 The researchers discovered that the presence of docusate and a voltage across the ferrofluid resulted in a separation of electric charges, with the iron oxide nanoparticles becoming negatively charged. “We didn’t expect that at all,” says Carlo Rigoni, a postdoctoral researcher at Aalto. “We still don’t know why it happens. In fact, we don’t even know whether the charges already get split when the docusate is added or if it happens as soon as voltage is turned on.”